One of the things we learned in the Kick Start Online Card Class was how to CASE a card but not. Instead of printing off the card, or bookmarking it for later, take a moment and think about what it is about the card that attracts you. Is it the color combination? A mix of patterns? A blend of techniques? Then take notes. I started to keep a little notebook with me, and when I see something I like about a card, I write that down. Then, when I need inspiration, I go to my notes and I have options. I can either take one of the ideas and use it to kick-start my mojo, or even combine a number of ideas all onto one card.

The beauty with this approach is you take a little extra time to think about the composition of the original card, and it keeps you from ever copying someone else's card, which is, well, wrong.

One of the things I had written down ... I saw a card where someone had taken a long thin striped stamp and made a plaid. The whole card front wasn't covered - just a few impressions, and where they crossed, the stripes made a plaid. So my idea was to take a patterned stamp and try the same thing. I did, and it came out kindof cool.

I used the notebook paper stamp from this Lawn Fawn Schoolhouse Backdrops set: 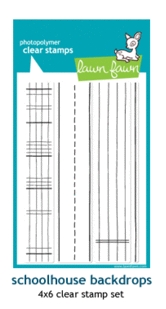 (yeah, it's out of focus) and made this: 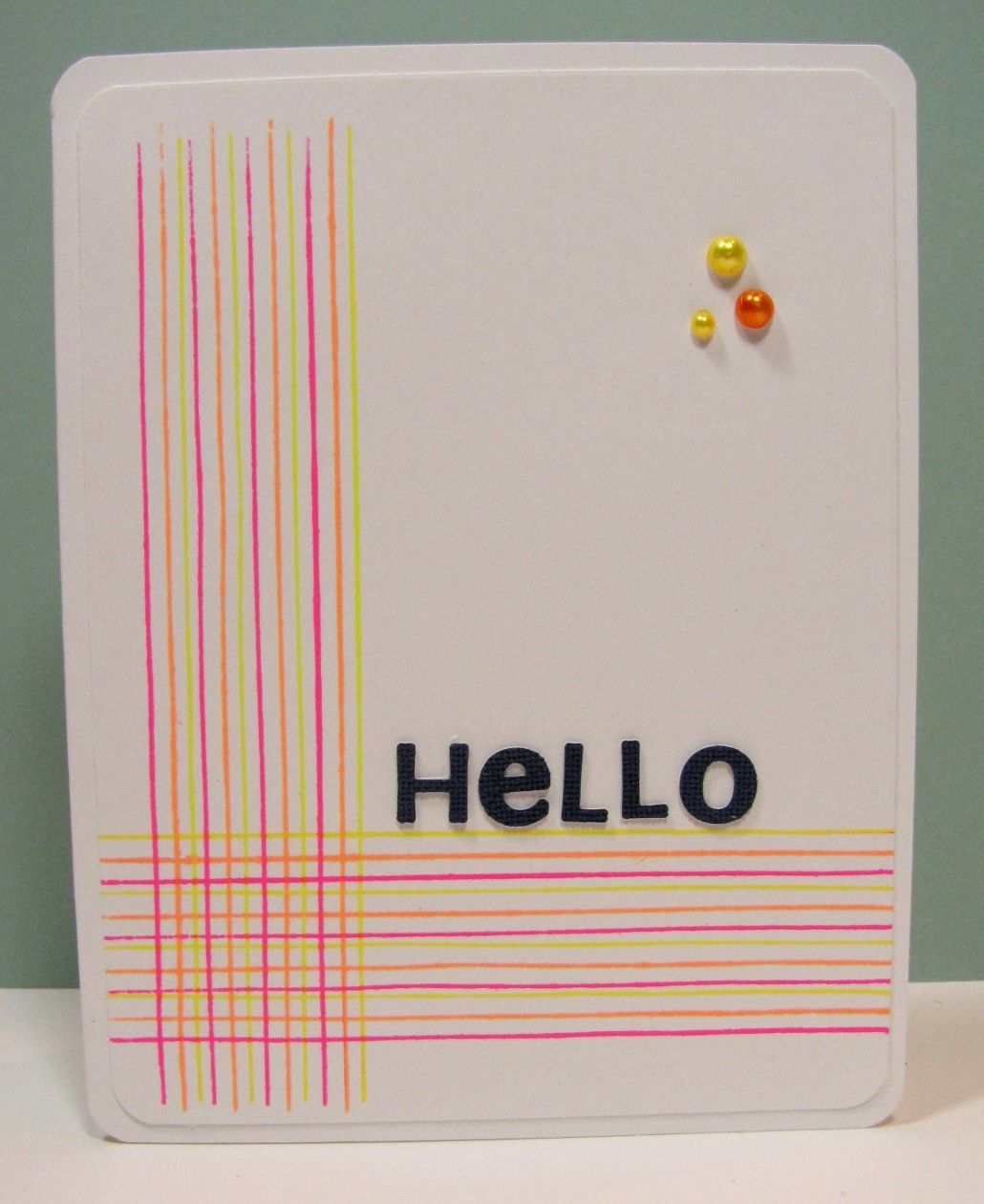 I stamped it once in each direction in three different neon colors. I was pretty careful and they're almost straight, even: 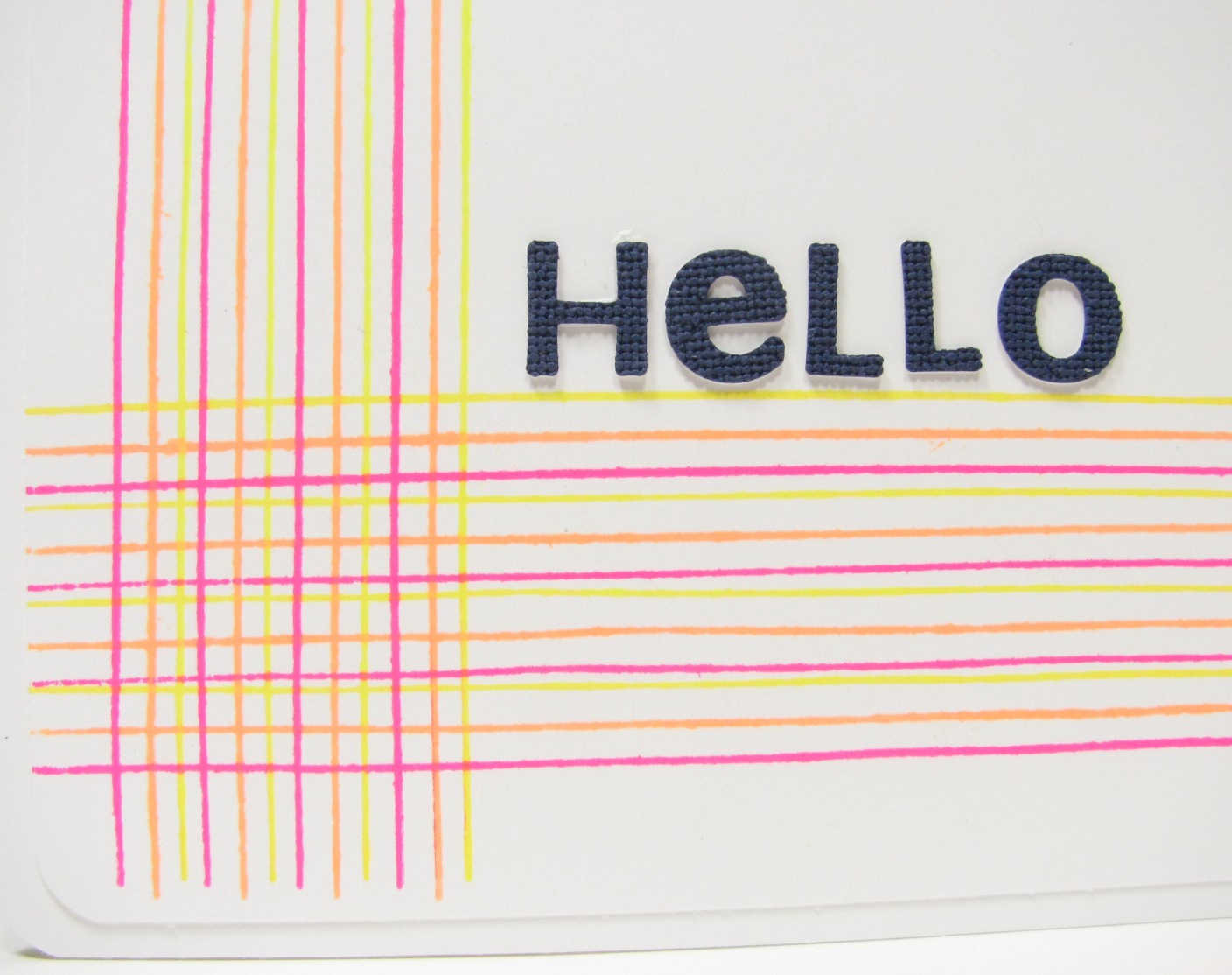 I think I stamped the pink one first (so I could see it), then the orange. By the time I got to the yellow, I was muttering "below the pink and above the orange". Ha.

I looked at this for a few days before I figured out what to do about the sentiment. I ended up using some navy blue cloth letters from Prima.

So there you have it - I've actually used something I learned in class, and it's not even a CASE of a whole card; just an idea. I'll be using this again, because it totally works. :)

PS: I colored my pearls with Copic markers, but not the neon Copics. I've found they dry dull and I like my pearls shiny. These were left over from another project, so I don't remember which markers I used. :(