I may have purchased a new set of Gelly pens recently, and I have that thing where I need to use something before I can put it away, so I set my mind to Neon mode and ... made a lot of pretty trash. But play is good, and I figured out some stuff.

First, here's the one card I managed to make: 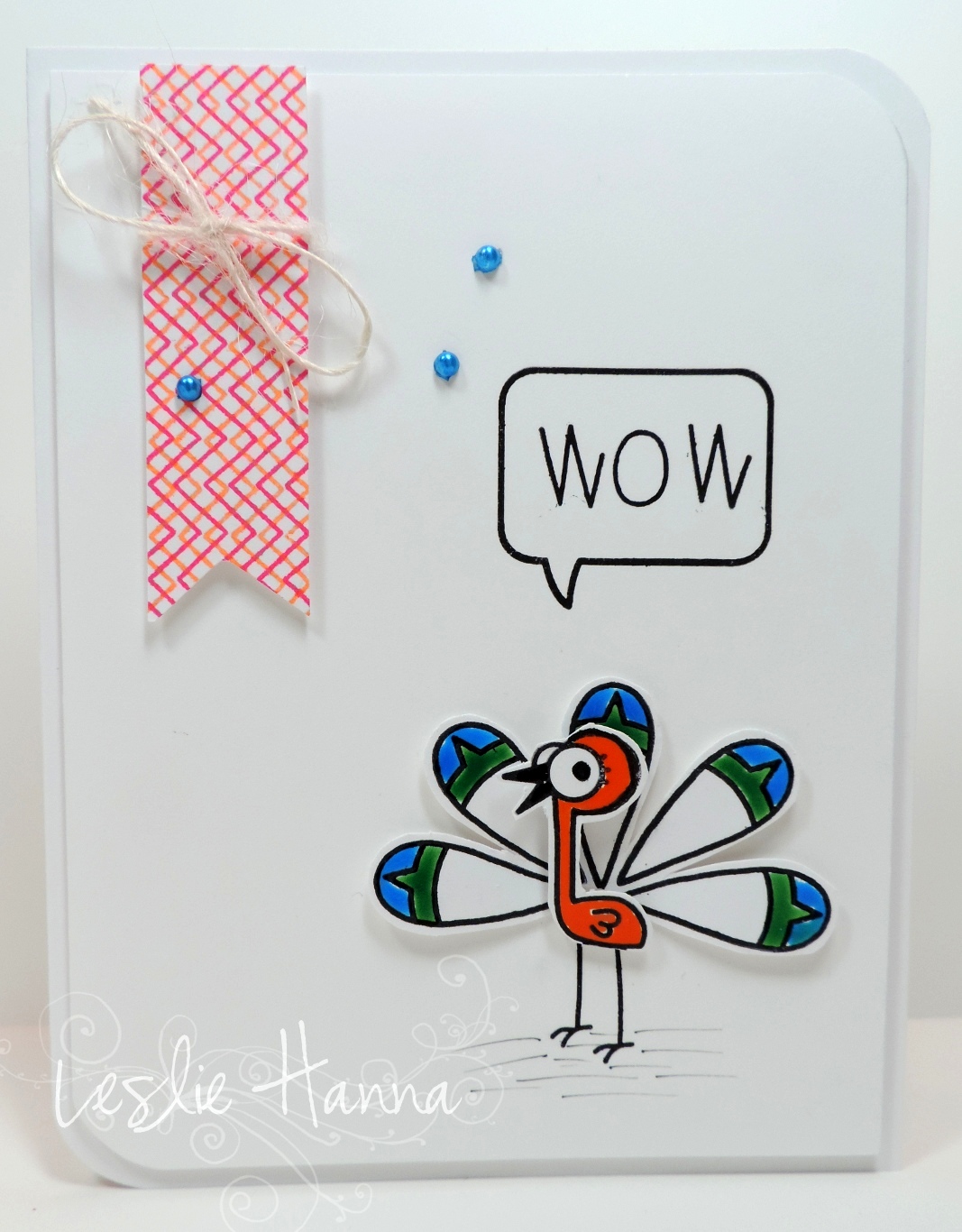 And yes, it took me all afternoon to make it, too. I spent about half my time making the pattern I used for the flag/banner thingie. I saw a new stamp set with a bunch of chevrons and one very cool overlapping pattern. Well, I have a ton of chevron stamps, so I set out to make my own overlapping one, and I did! Lookie: 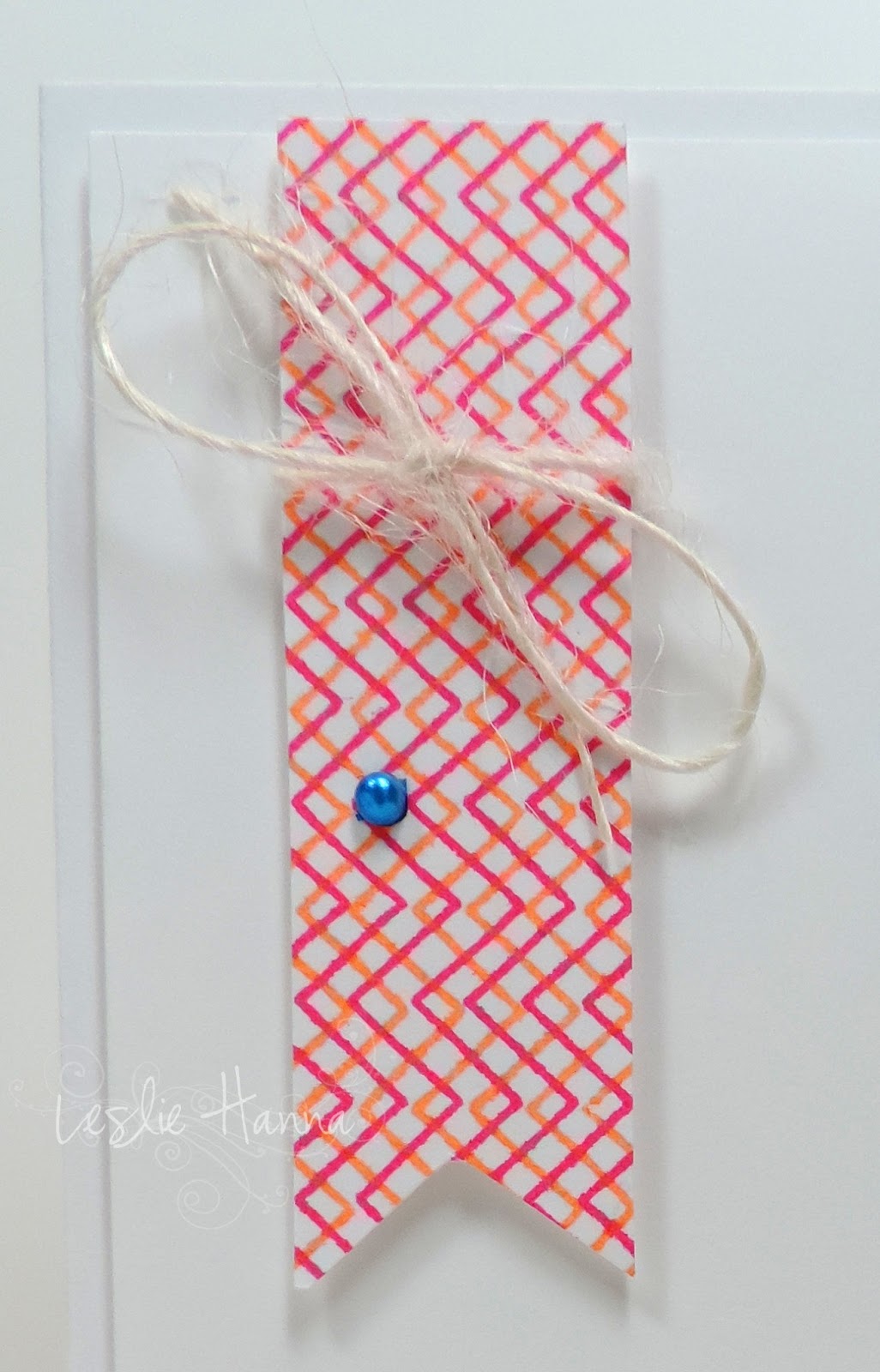 Cool, huh? I may do a video on how I made it if I can get my camera set up right. It's pretty easy (the stamping part, not the setting up my camera part, or I'd have made a video by now), and has so many possibilities with different color combinations. :)

The other thing I played with was (were) my new gelly pens. Their real name is Sakura Glaze pens, and these are the Brights collection. I thought they looked neon, but they are actually just really BRIGHT. They come out shiny and a little pouffy. See if you can tell here: 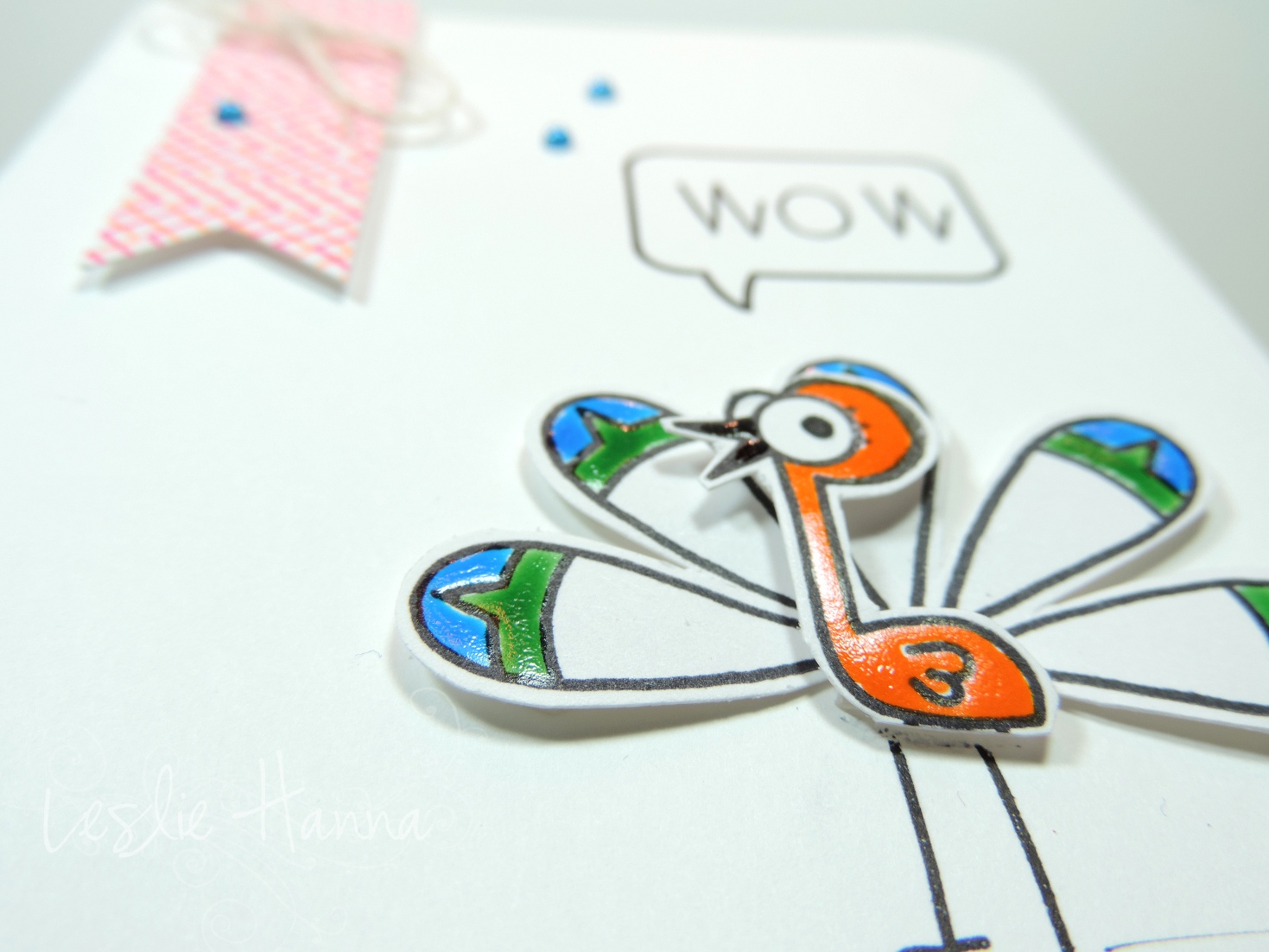 I used one of the wings from the Paper Smooches My Peeps set and stamped a flower, colored the tips and let it dry, then cut it out. After staring at it for a while, I decided it should be flair for the orange peacock, so I hacked off part of it. Then I hacked off the bird's legs so I could pop him up on some dimensional adhesive.

I tried to color some pearls with the glaze pen, but that was another mess, so I went back to my trusty Copics. You'd think I'd learn. Sigh.