This past weekend I attended a crafty retreat where much crafting actually took place at a few of the tables, including mine! My plan of attack this time was to take my new things and introduce them to ink. Since returning home, with half my craft room still in bags (probably for some time to come), I plan to share some of my crafty creations over the next few weeks. Let's call it "filler". :)

First up is a card made with one of my new Art Impressions Mini sets: 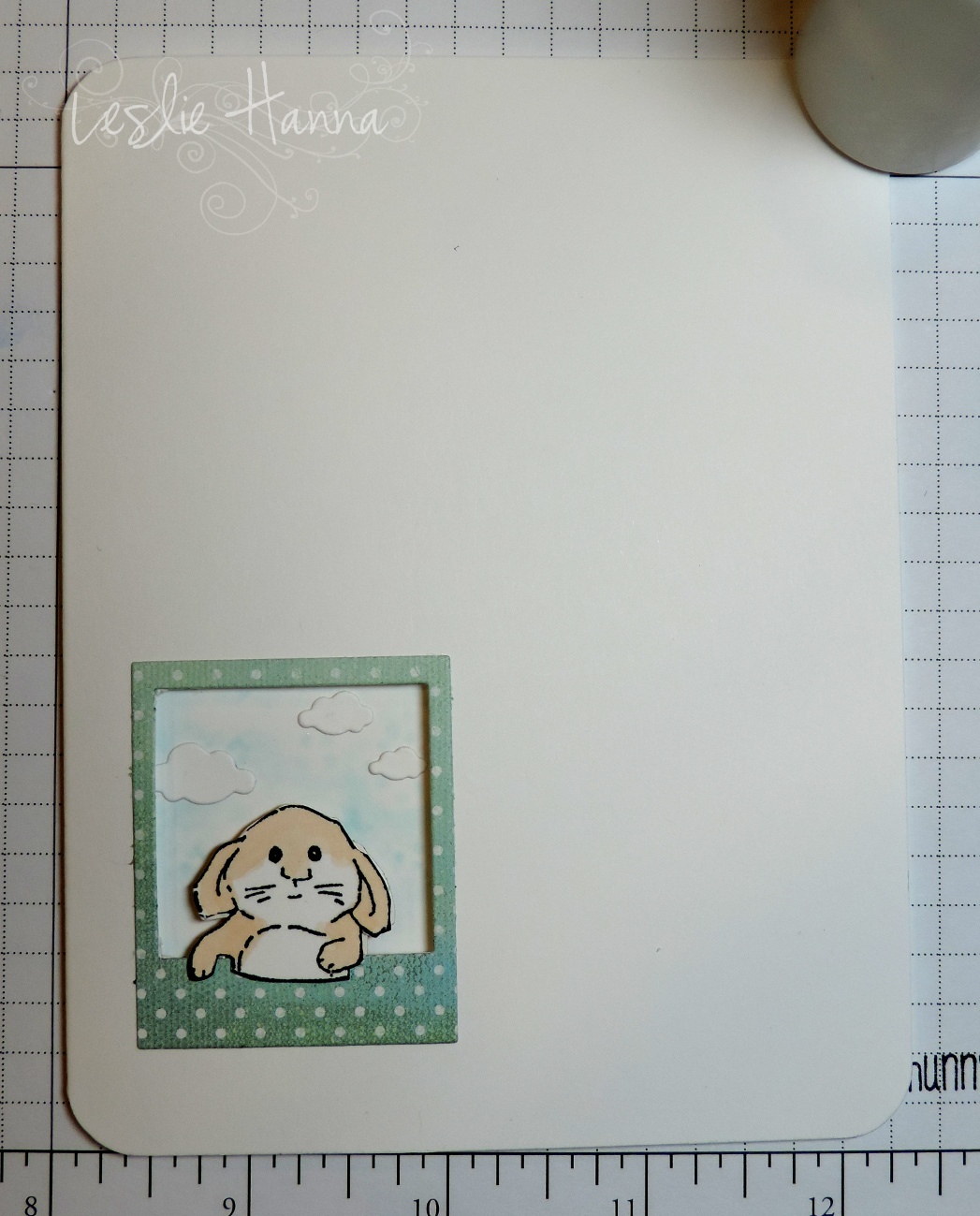 These photos are worse than usual, as they were taken at my craft table without benefit of anything but my table-top Ott lamp. I would have re-taken the photos, but these cards were a few of the victims of a tragic crafting mishap: I knocked them off their "safe and out-of-the-way" resting place and they landed in my adult beverage of the evening. The bottom left corners of the cards are a mess.

ANYway, these guys were just too cute to resist. Here is the bunny up close and personal: 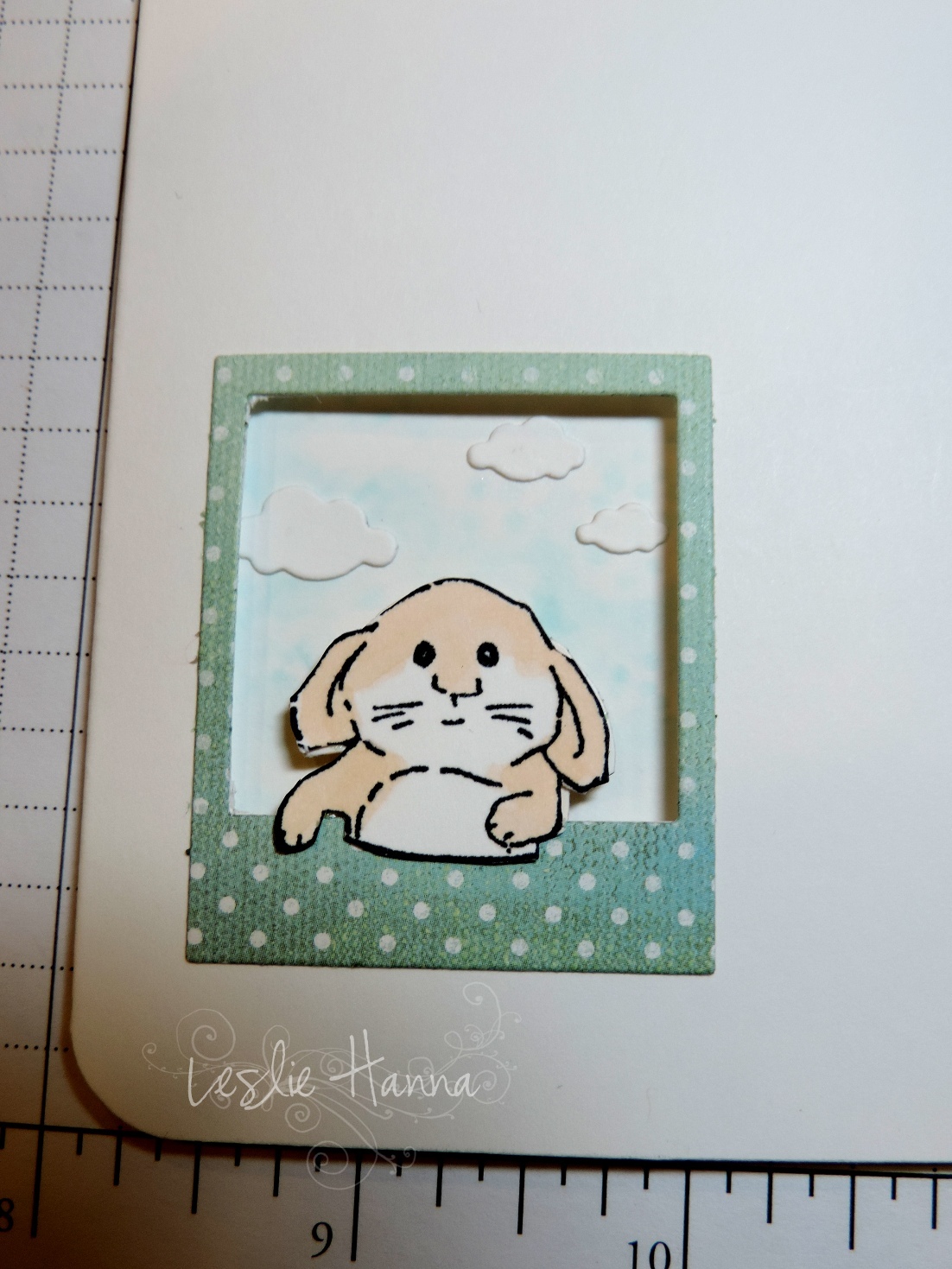 It took me HOURS to make this card. I wanted the bunny to look out of the mini Polaroid window, but how to make it so the writing wouldn't show from the inside? And how to stick on the Polaroid die cut if the hole in the card front was the same size? I ended up tracing the smaller square opening onto the card front and just cutting that with a craft knife. That alone took me about an hour. I finally got that part done, then addressed the inside.

I needed a background for the bunny that wouldn't look too weird through the window or inside the card when it was opened, and I finally settled on a rectangle of card stock just wider than the Polaroid and a little longer. I played with a new-to-me technique and made the clouds with Copics. I free-hand drew the clouds, then filled in with dots of color until they looked about right. Then I dampened a piece of paper toweling with Copic Blender refill and dabbed it onto the background to soften it. I finally ended up adding some teeny tiny white clouds I cut with my Lil' Inker die to reinforce the idea of clouds.

Here's the inside of the card: 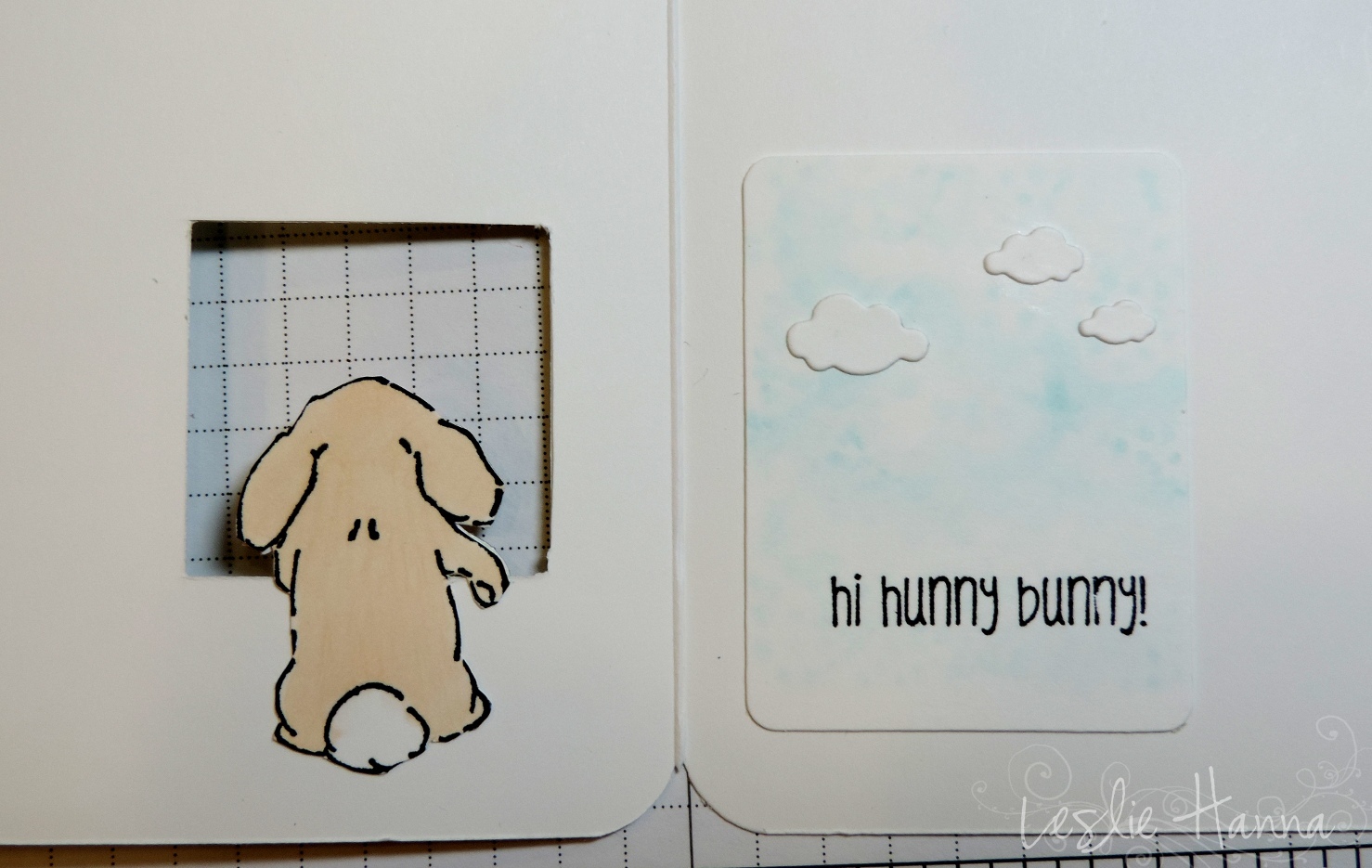 Oh, did I mention these stamps have both front and back images? Aren't they stinkin' cute?!  I stamped the sentiment on the bottom of the inside cloud piece so it wouldn't show through the window.

My second card uses the other image in that Mini stamp set: Same plan, different image. His head looks a bit disembodied here, doesn't it? Sigh. Here's the inside of the duck card: 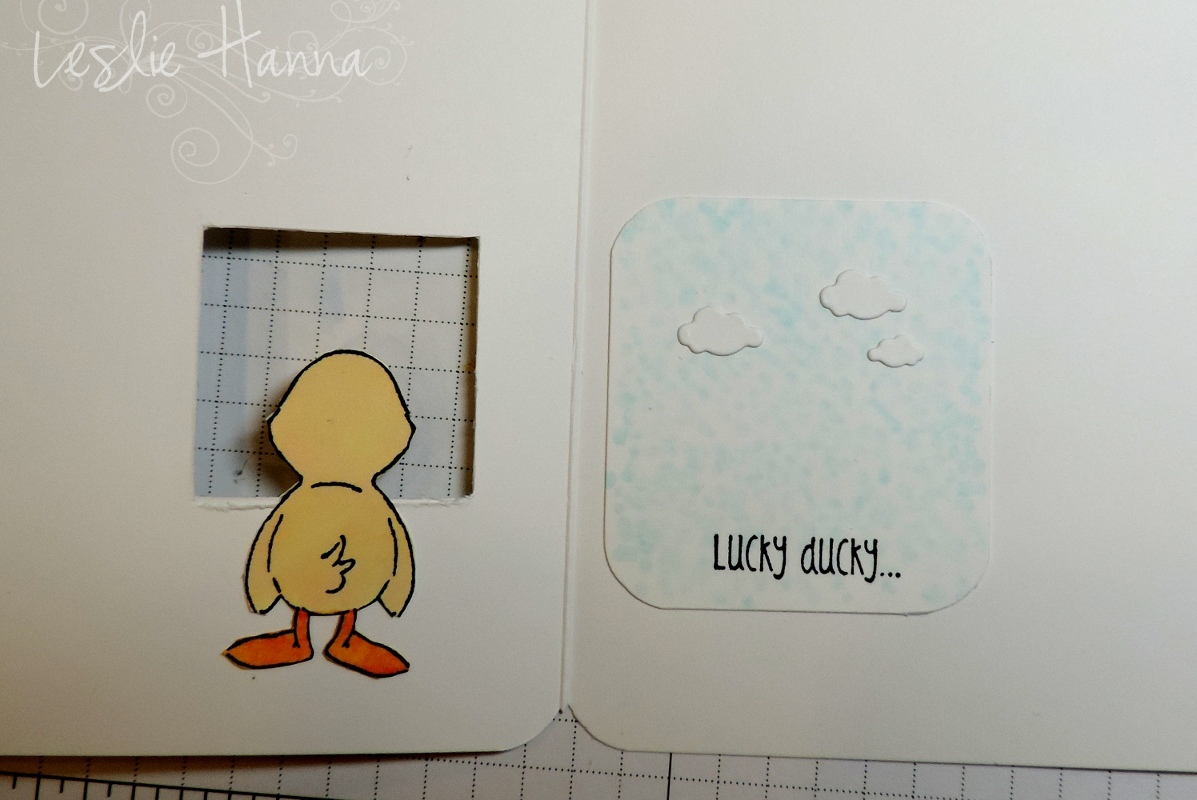 I think cutting the opening was the toughest part of this exercise, but I do like the results. I also have a kitty and puppy version of the set, but I was tired of measuring and lining up things, and needed to move on to something else.

I'll post another crafty creation tomorrow, as I doubt I'll have unpacked even one thing by then. I am so lazy.