I'm Here For You

I tried something sorta new to me today. Having looked at all the lovely Copic air brushing that Sandy (of OWH fame) has been doing lately, I had to dig out my air brush and give it a whirl. What, you didn't know I have a Copic air brush system? I might have used it once before, maybe. I got it when someone was getting out of the teaching business and selling off everything she had in multiples. I scored a Copic air brush system - the can version. I wasn't ready to commit to a compressor.

So today I dug around in boxes -- you know, that whole "I KNOW I HAVE ONE SOMEWHERE" exercise -- until I found it. Had to look up online how to screw it all together. Then I pulled out four Copics and made a background. I wasn't in love, so I set it aside.

Then I perused my stack of DO THESE challenges I'd printed off. The current Friday Mash-up wanted us to use the sketch OR do an ombre background OR do both together. The current Card Concept challenge, which was printed right next to the Mash-up challenge on my sheet, wanted us to use an umbrella: 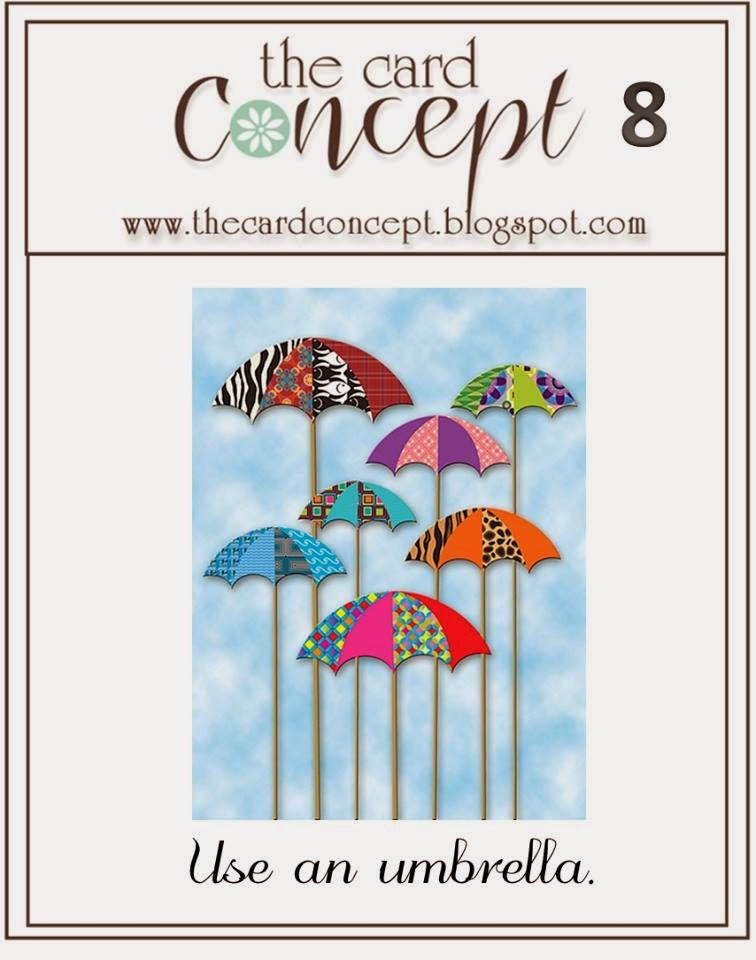 A plan began to formulate in my grey matter. I immediately pulled out my WPlus9 umbrella die and stamps, picked up a piece of Wayfarer paper still out on my desk, saw the air-brushed background sitting off to the side, and made this: 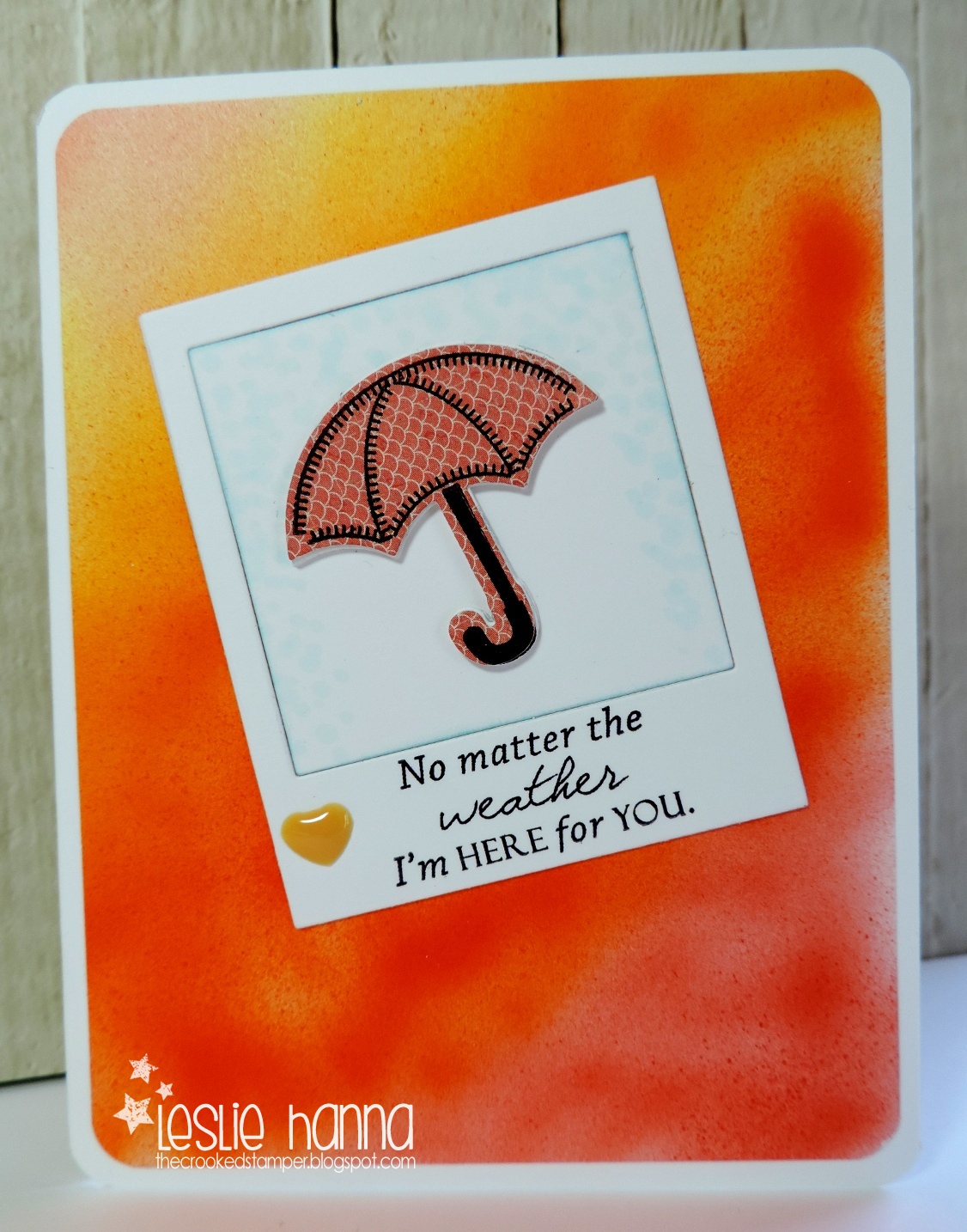 You can see my air-brushing skillz are severely lacking and need MUCH practice. And doesn't it look like FIRE!? Hardly the best background for the sentiment I used, but oh, well. I think soft blues and greens might have been the better choice, but this was already made and on my desk, so it got used.

I die-cut the umbrella first, since it's a solid die, then carefully stamped the umbrella top and handle onto the paper. I'd also die-cut several umbrellas from white, so I stacked them up for some dimension.

There are two photo frames layered together, but only one inside piece, so it's a bit nestled in there. I'm terrible at coloring, so I just made a bunch of dots with my B0000 Copic marker to make it look like rain. It's tough to see due to my crack photography skills, but there is no color under the umbrella. For a little more definition, I went over the edge of the square piece with my blending tool (the one I use for all my blue inks - it still has residual ink on it), then stuck the square into the photo frame.

In other news, Bobra has acquired a new skill: housekeeping. But just his stuff, not mine. He decided he didn't like how I'd placed his blankie on his chair, so he grabbed it with his teeth and pulled it through the opening in the arm of the chair: 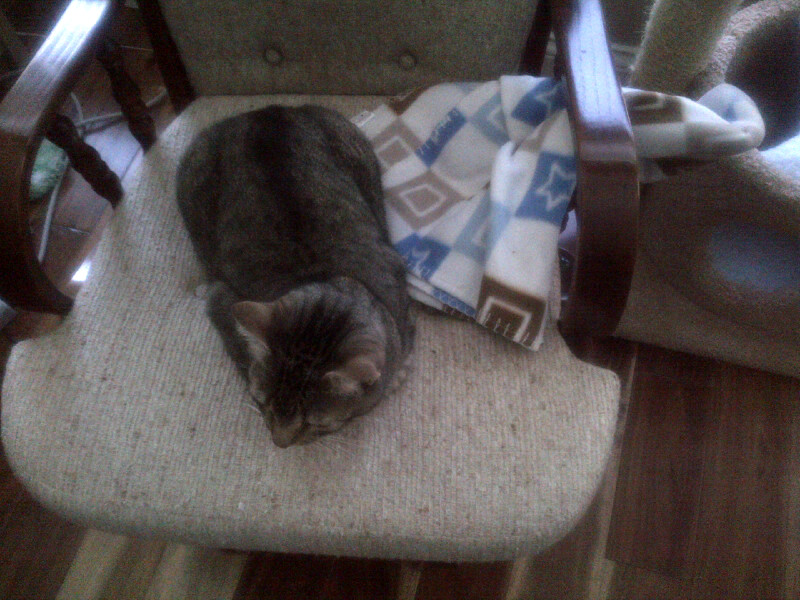 Much better. He has also rearranged his blankie in the craft room. Sigh. Now if I could just get him to make my bed ...