It's Tuesday, which means it's time for a new Shopping Our Stash challenge. Today is Earth Day, so this week we'd like you to up-cycle or recycle something and use it on a project.

For my card I used a piece of tissue paper I've been staring at for weeks. It came wrapped around some stamps I bought, and it was so pretty I couldn't just throw it away! Here's what I did with it: 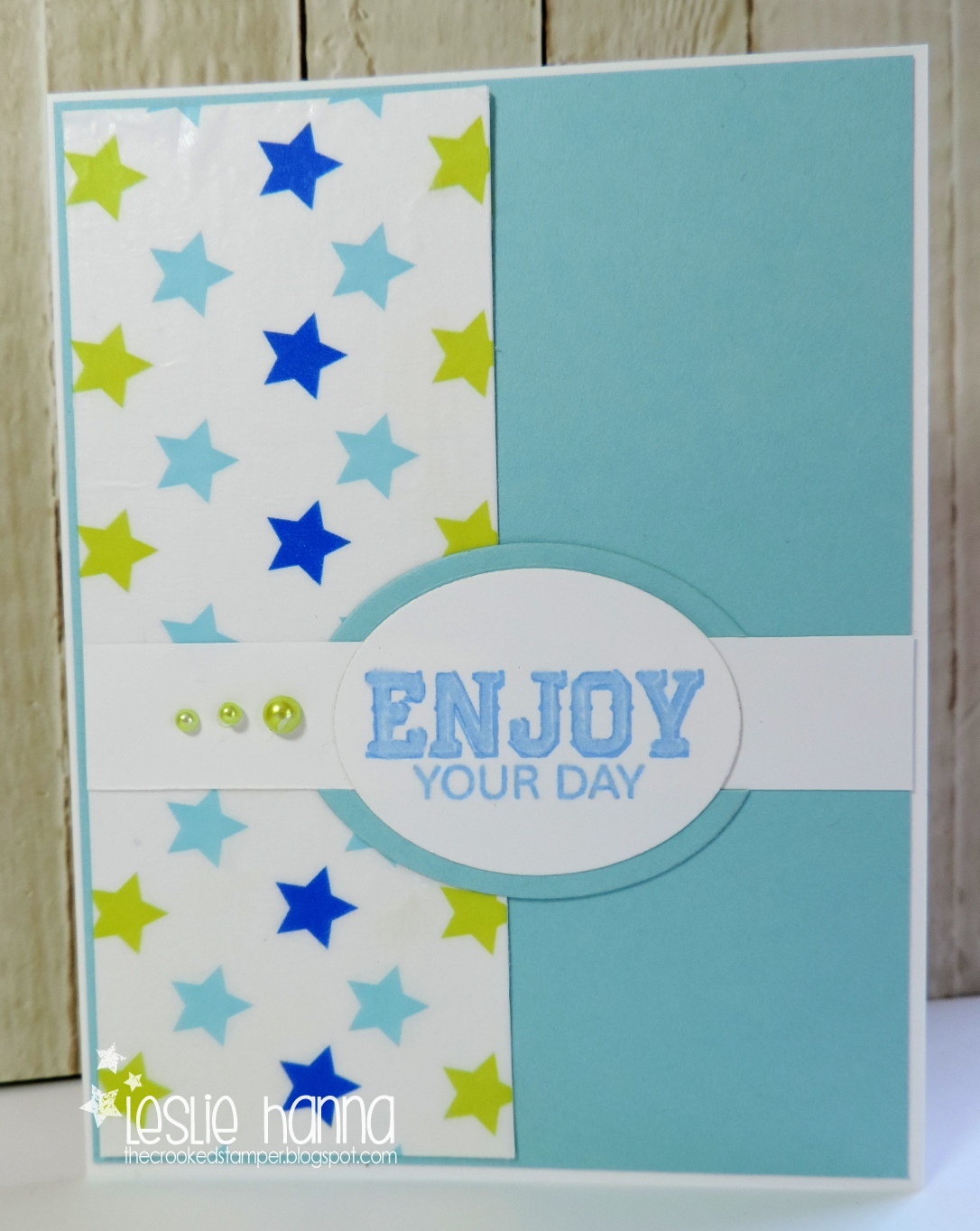 Isn't it purty? (The tissue paper, not necessarily my card.) I first cut the paper into three pieces, then applied some matte medium to a piece of white card stock and stuck down one of the pieces. I smoothed it out, mostly, but there were some wrinkles and I'm perfectly fine with that! I did the other two pieces and set them aside, then started the thinking process. I so rarely think too far into a card before I get started. I like stamping without a net. :)

I decided the light blue stars coordinated pretty well with the Simon Says Stamp Surf Blue card stock. For some reason I chose to limit myself to one piece of the stuff, which became a challenge. This is actually the third of three cards I made, and the larger oval behind the sentiment is really two pieces of an oval that have been pieced behind the white oval to look like I meant to do that. I call it creative recovery. I was NOT going to cut another piece of virgin card stock for one small oval. Pffth.

The blue in the sentiment is Hero Arts Cornflower. I tried several blue inks, but none was dark enough (navy was too dark). Cornflower was okay, but I wanted to darken it, so I went over it with my Versamarker to darken it a shade. I need a royal blue ink, and I'm apparently missing that in my collection. Time to go shopping!

Oh, and the pearls were white and colored with a Copic marker to mostly match the green stars, or at least not look too far off.

Here is one of the other two cards I made: 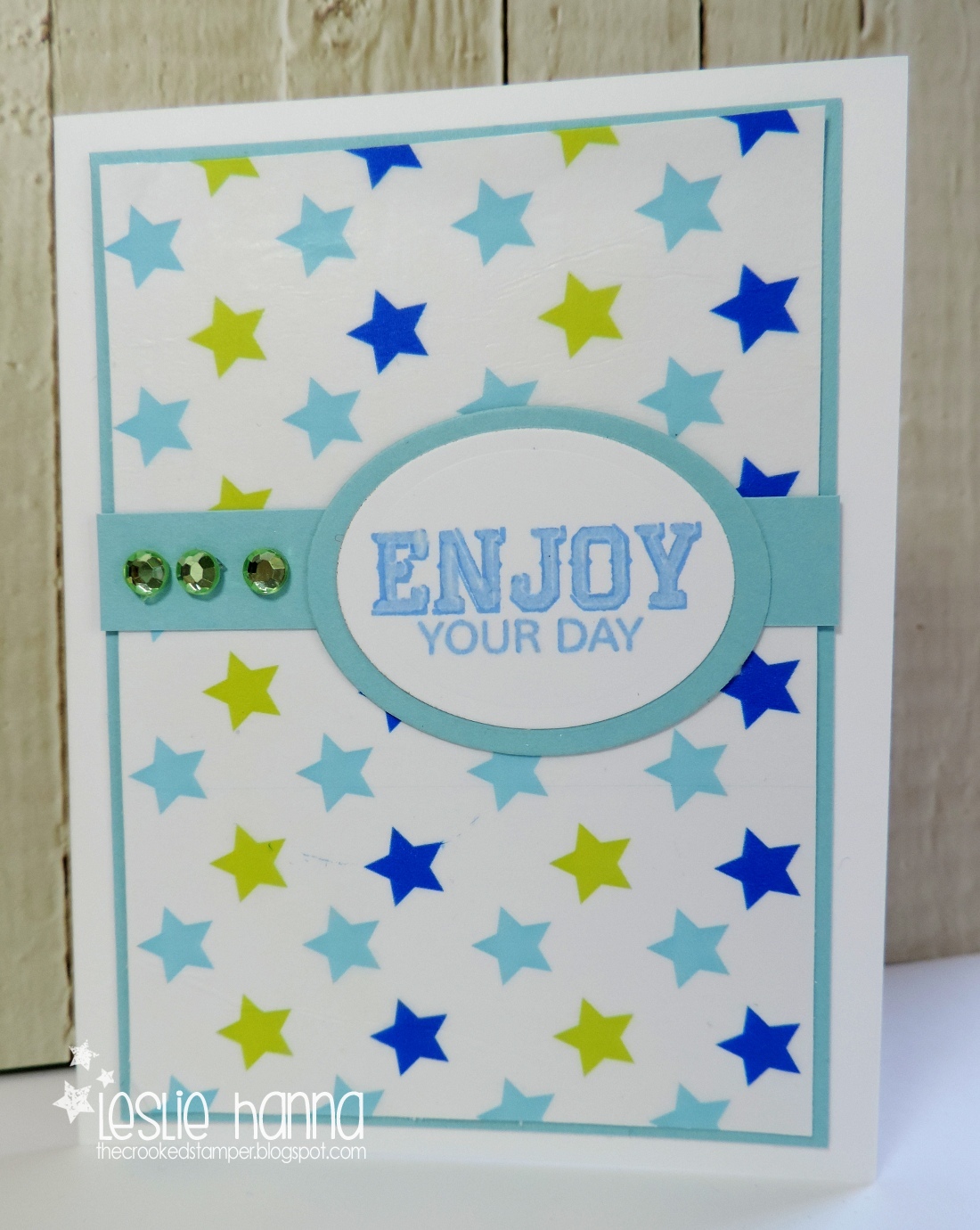 Same idea. This one got a full oval backing for the white oval and three green gems from the Hero Arts Pool Mixed Accents. I have only a few left! 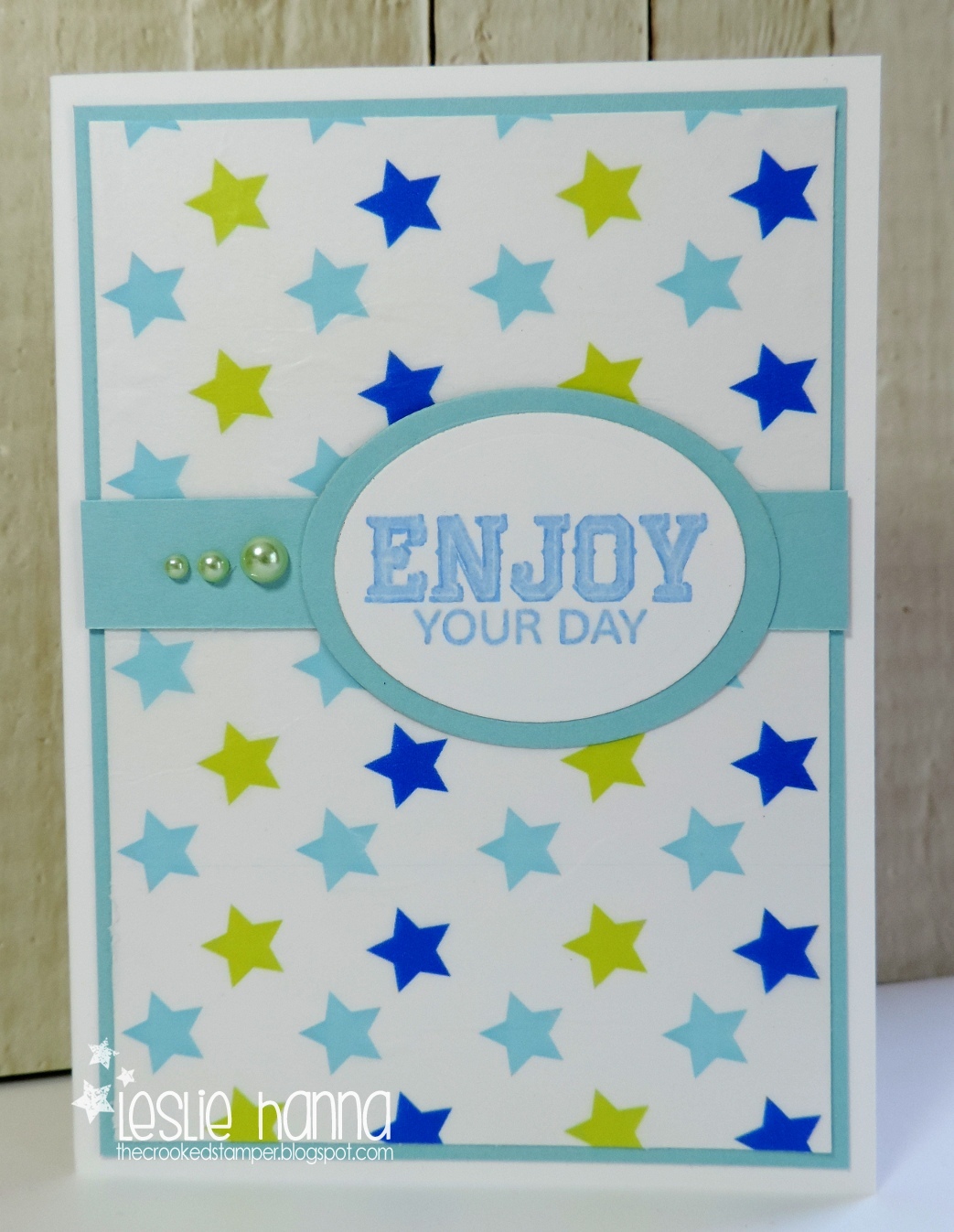 This piece was a bit narrower than the last one, so I trimmed back the front of the card and put a piece of washi tape on the inside edge: 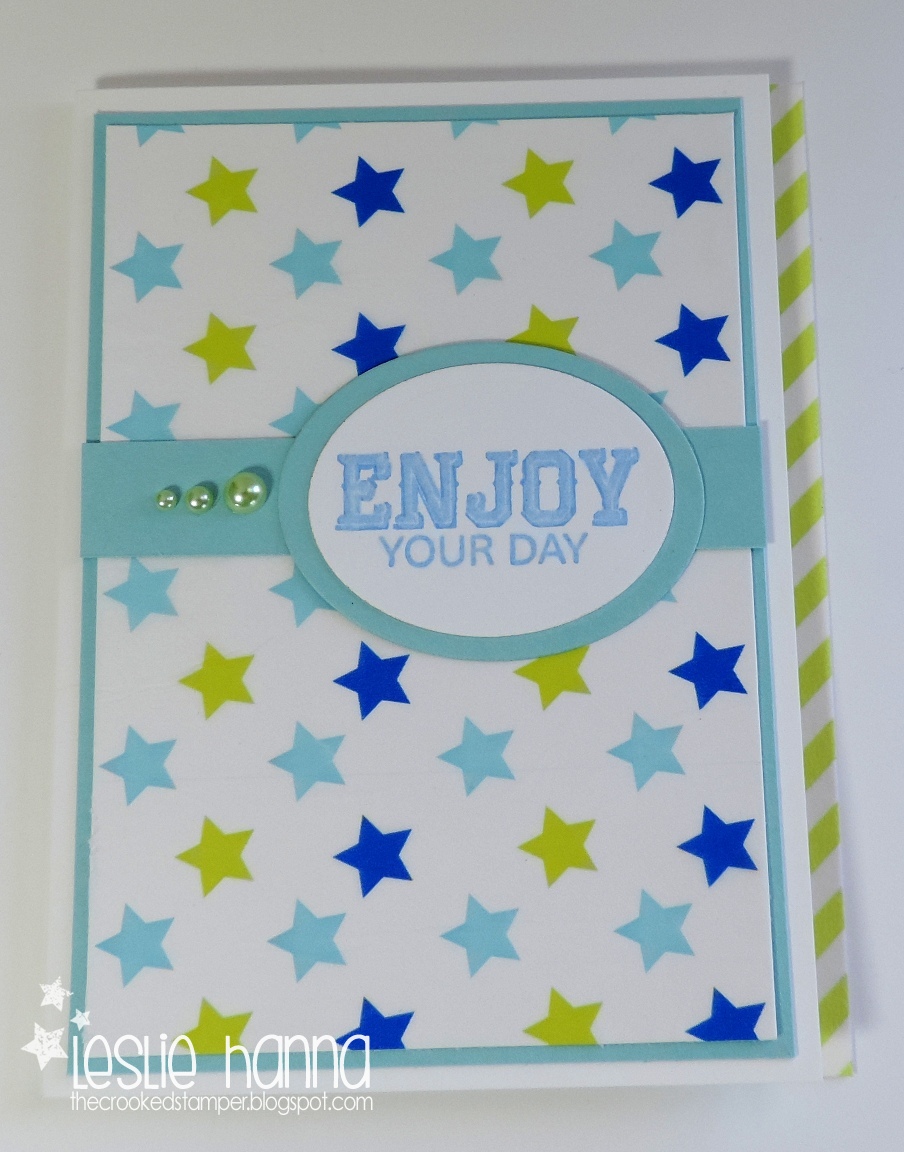 I think I chose poorly, as it's pretty busy, but the color is right!

That's it - one small piece of tissue paper just became three cards! So what do you have in YOUR stash that could be reused or up-cycled onto a card or other crafty project? I think you need to join us in our quest to reduce the landfill, if only a teeny tiny bit. :)

Please stop by the SOS blog to see what my fellow team members have made, and be sure to leave them some blog comment love.