I've alluded to a side project I'm working on that's been taking a bunch of my time. It seemed simple enough at the time I said Yes, but as usually happens in my world, things got out of hand. I'm making a birthday calendar for a friend (two, actually, because once I figured it out, how much more difficult could it be to make two?*), and I realized that being crafty does not necessarily extend to ALL crafts.

I'm not ready to reveal the whole thing, or my trials and tribulations, mostly because it's not done yet, but this is how I'm spending this weekend: 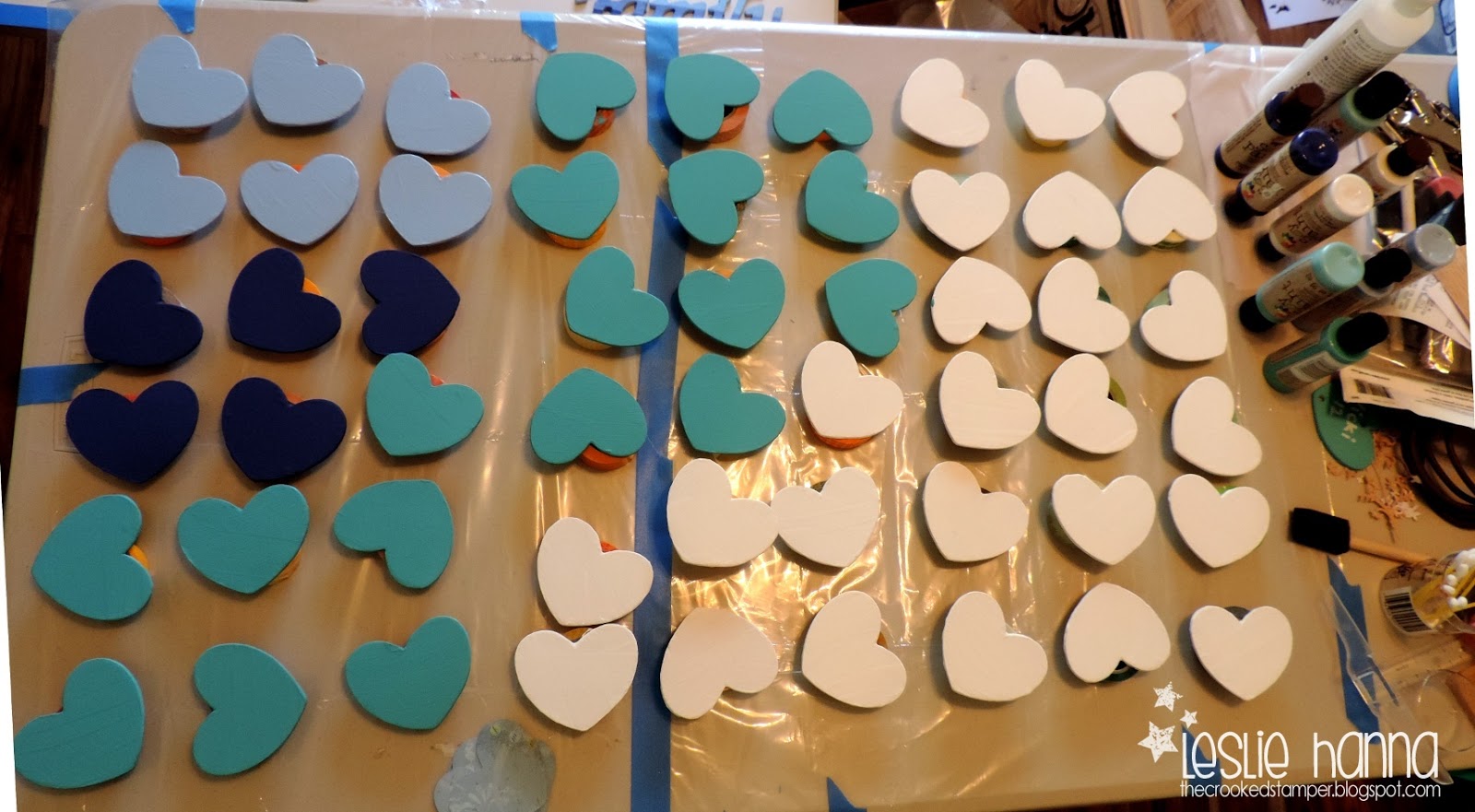 I've also found a new use for my washi tape collection:

The perfect supports for those hearts!

In between all that painting, I've taken stamping breaks, some of which have been more productive than others. Here is a card that didn't get put into the trash: 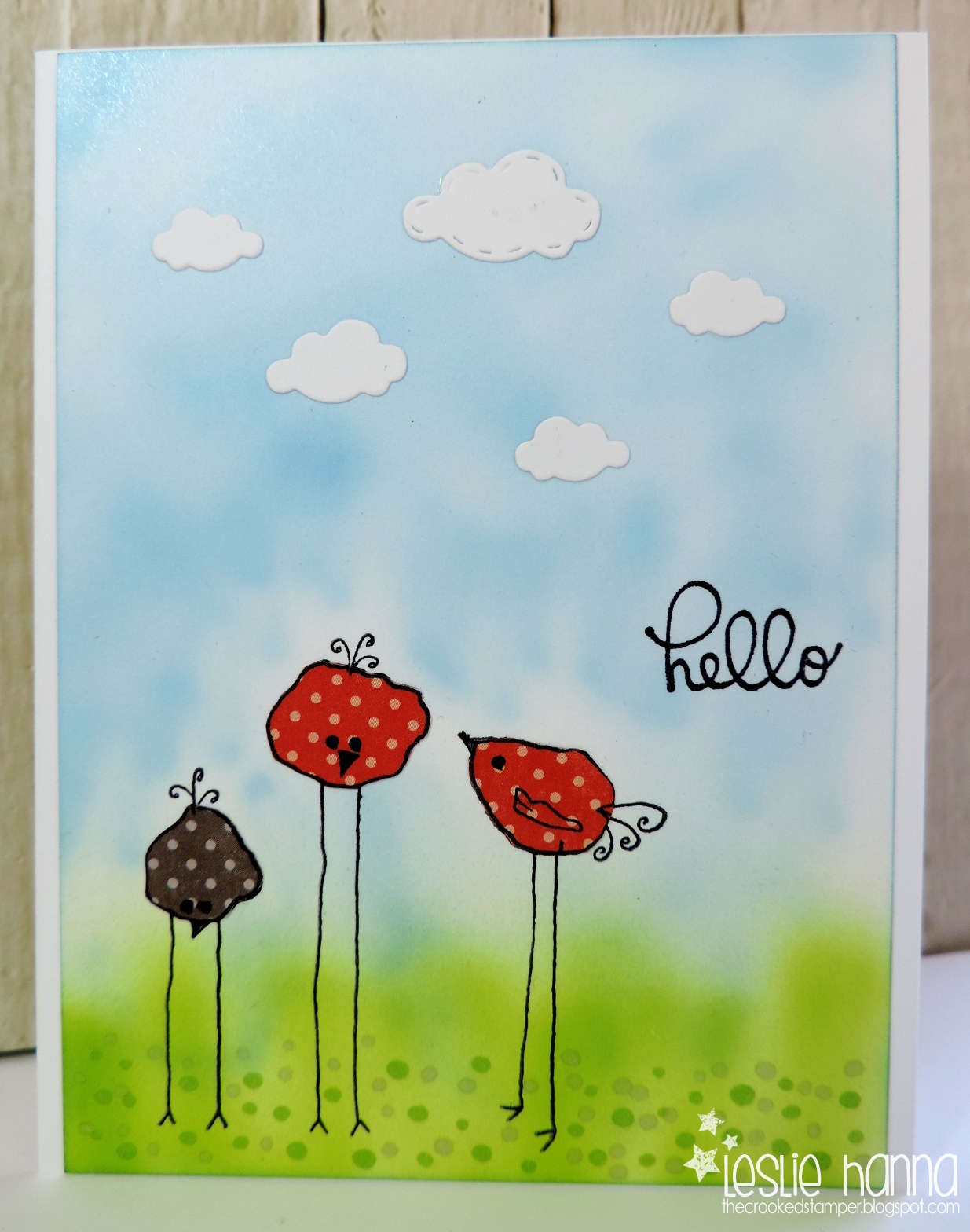 This was me using up the end of my can of air for the Copic air brush. I made a sky, then some grass, then the air ran out**.  But blotchy was good for this scene, so I'm good. I paper pieced the birds and added some black glaze pen for their eyes. Kathy Racoosin once told me to make the eyes bigger whenever I could, and she's always right about these things, so I try to follow her advice. It hasn't failed me yet!

For the ground I followed a technique Sandy Allnock has been using lately: adding dots of Copics over a colored area. The grass on my card was splotchy, so I added some dots of the same green I'd used to air brush it, plus some T2.

The sentiment is from an oldoldold Cornish Heritage Farms Kim Hughes set. It was the right size, which is pretty much how I choose sentiments these days.

Now if you'll excuse me, I have some painting to do ...

*When you multiply the project parts by two, the work expands exponentially. Don't ask me how it does, it just does.

**I might get another air can, but I'm probably not going to get a compressor. You see, I've realized that even though I have about half the Copic colors, most of them are Ciaos, since they cost less. But only the Sketch or Original markers fit in the air brush handle, so either I get to make an adapter and get rich, or else I won't be air brushing much.