One of my peeps enabled me to look at the snarky stamps by Studio L2E. Here's one of the sets I got: 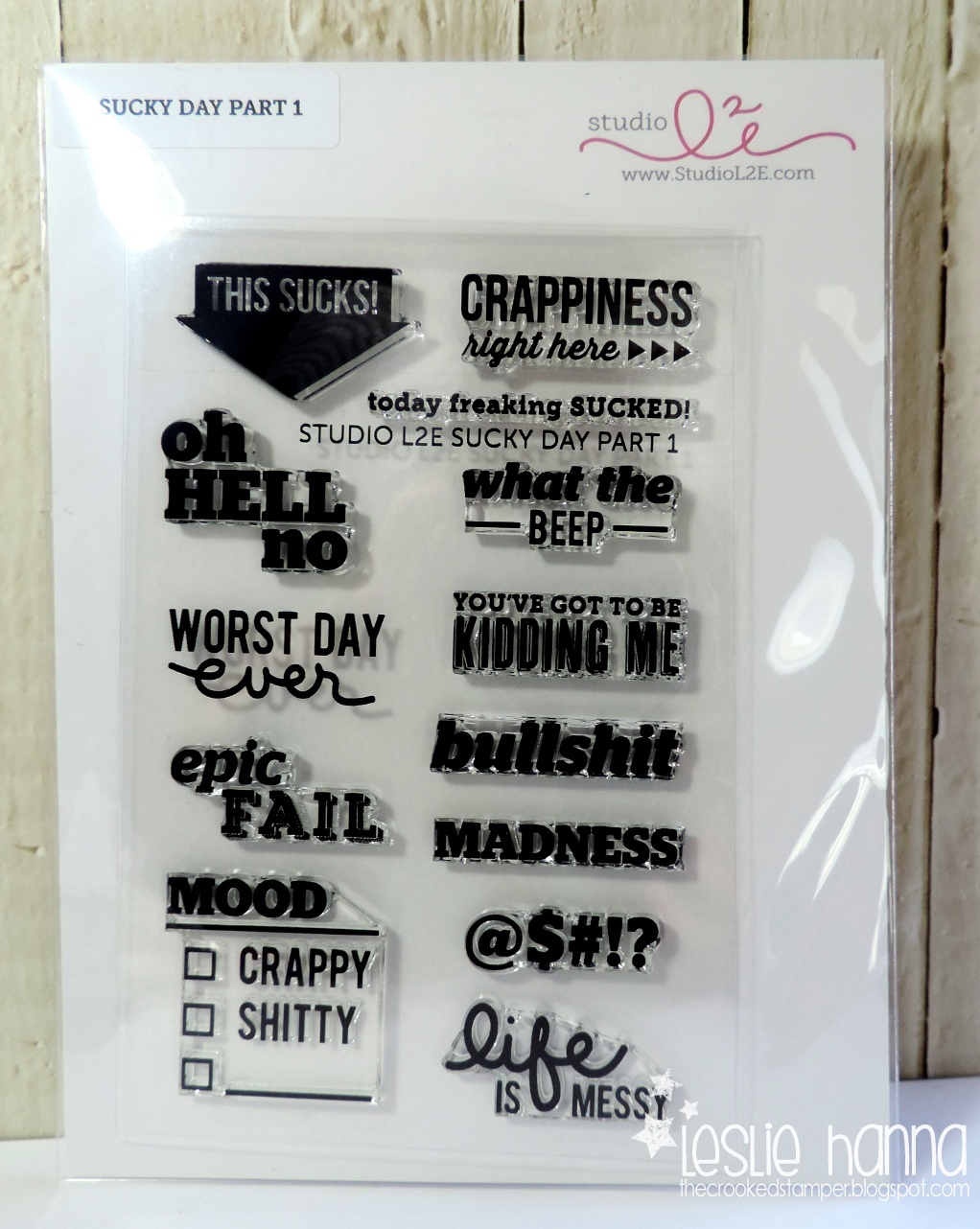 I was thrilled not only that they carry snark, but that the packaging is "ready to store". It's labeled and in a clear pocket just like I store my other stamps (after their original packaging explodes). I have not yet been industrious enough to go through all my sets and re-package them; that smells like work.

I was trying to follow last week's MFT sketch: 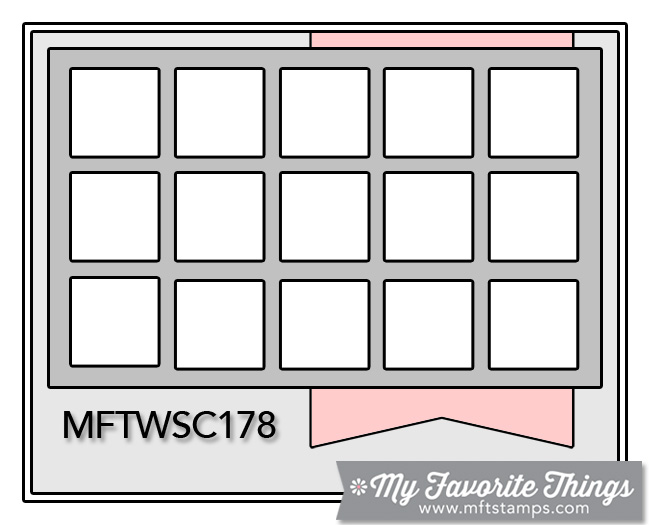 and I had an idea based on some stenciling samples Kristina Werner demonstrated at last weekend's Simon Says Create event (click on that link for some great photos from the weekend!) Kristina recently posted a video on her blog showing how she created the sample with blue circles, which is the one I wanted to try.

So by now you can probably tell I wanted to use circles instead of squares on my card, and after 4 or 5 failed attempts, I finally made this: 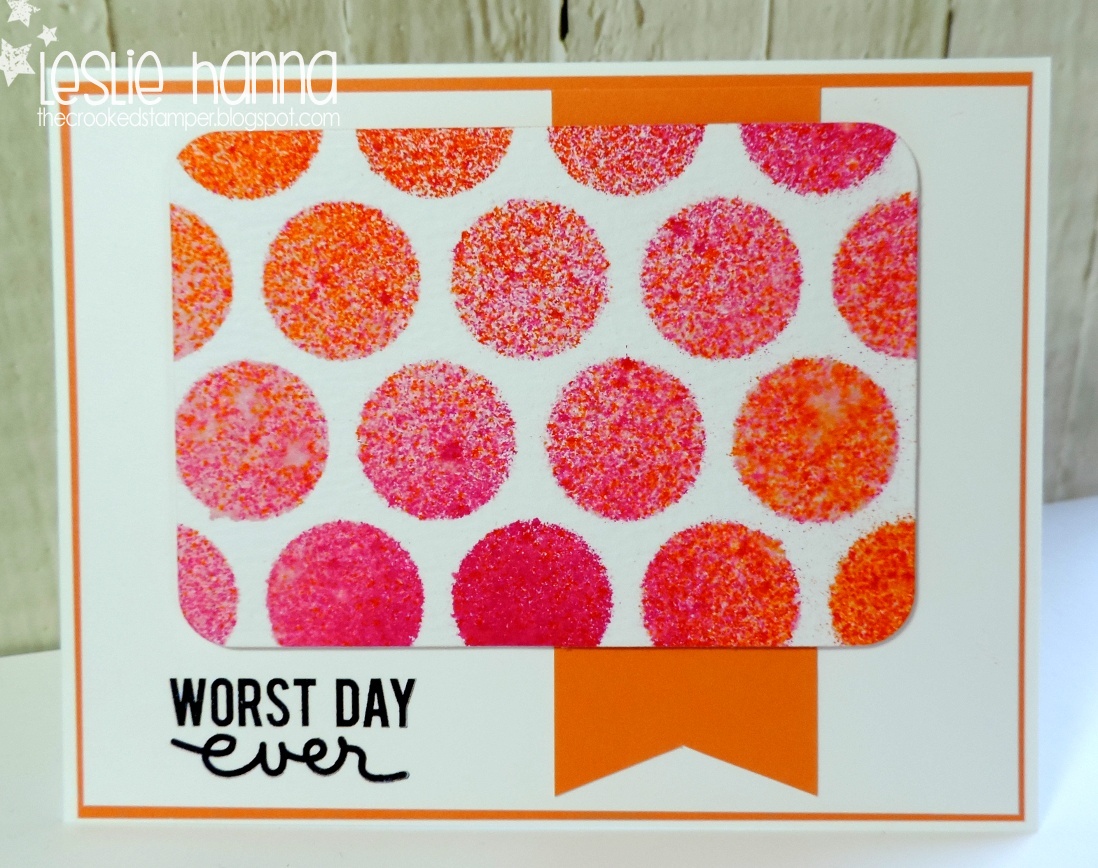 LOVE the color combination! I put the Simon Says Stamp Extra Large Dot stencil over a piece of water color paper inside a box and spritzed it with three Stephanie Barnard spray colors: Bubblegum, Guava, and Tangerine. I started with the lighter pink (I KNOW, but they were in front.), then spritzed some of the darker pink in a few spots, then a few spots of orange.

If you look closely, you can see all of them playing together quite nicely:

I added a piece of Hero Arts layering paper, then broke out my new Studio L2E set and used a sentiment that fit. This stamping without a net gig is beginning to wear on me. One of these days I'll PLAN the sentiment. Could happen.

I also feel some more snark in my near future. I'll be back soon to show you what I make. :)

Stuff I used: Stephanie Barnard sprays gifted to me by the most generous Mary Dawn, Studio L2E stamps, and the following: