When I saw my pal Lauren's card for the current Shopping Our Stash challenge, and then I saw her post with instructions, I was sold. This was a card that needed to be CASEd, so I did. 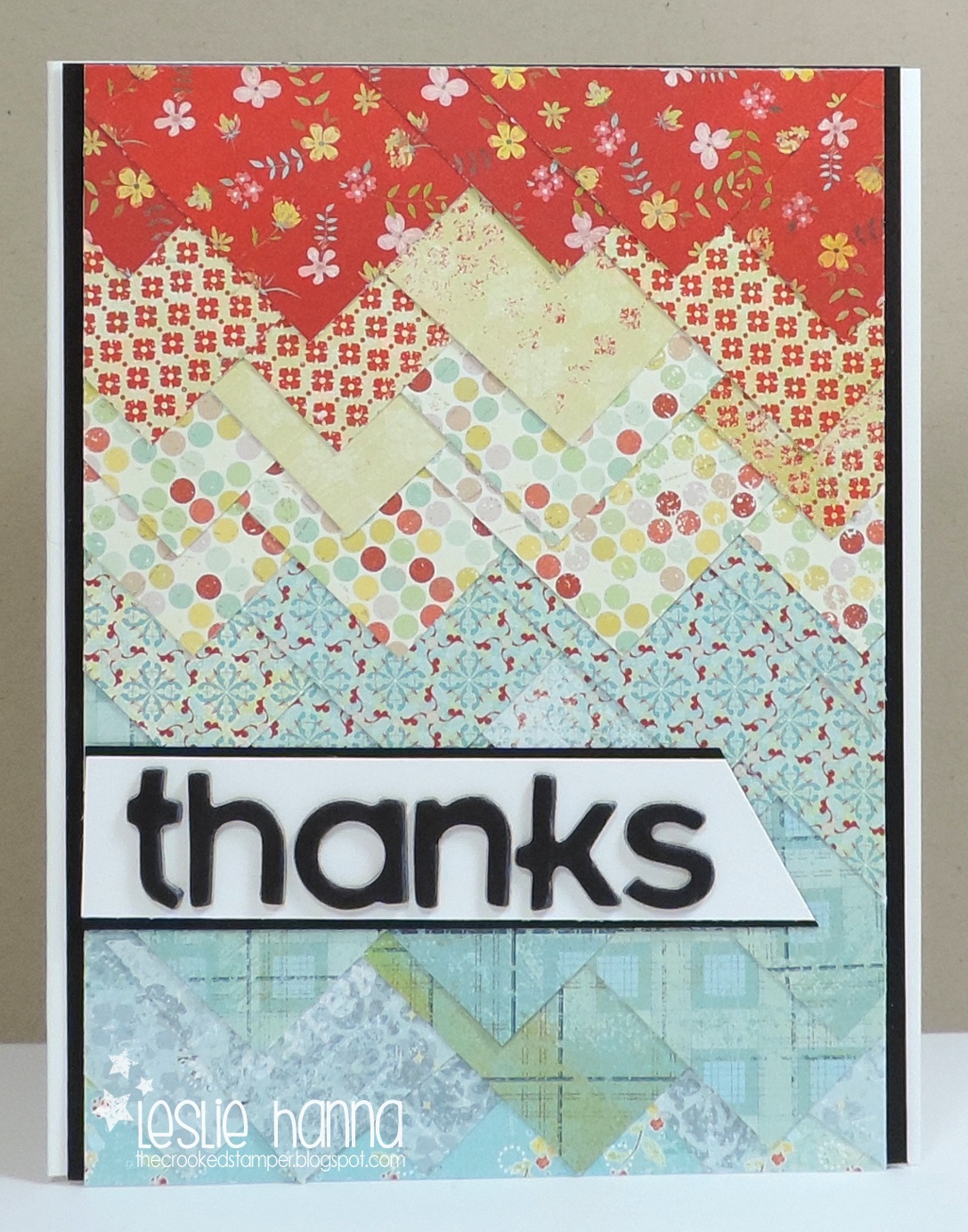 According to Lauren's instructions, I was to use patterned paper, not card stock, since the paper takes better to the folding and layering, and the card won't weigh as much. However, in my world I don't have paper, I only (well, mostly) have 6x6 paper packs that are card stock weight papers, so strike one.

Then I got a clue: What if I didn't bother with all that folding? What if I just cut the card stock pieces into triangles and layered those? So that's what I did. I took out my mostly gone pack of Memory Box Brioche papers (I may or may not have another unopened pack), and out fell a whole bunch of remnants. Since one of the benefits of paper packs is that the papers are matchy-matchy, I selected a few that could pass as "rainbow", and started cutting them into squares, which I then cut diagonally to make triangles.

I did follow one of the suggestions, which was to put a strip of paper along the bottom to hide any gaps. That was brilliant, and it worked perfectly.

I started at the bottom with blues, and worked my way up to red. It went pretty fast, really, and I love the look!

I trimmed the panel down, matted it on black, and put it on a white card base.

Also copying Lauren, I took out my box of All Things Thickers and Letters and found an old Basic Grey chipboard set, but they were dark blue, not black. NO PROBLEM! I grabbed my lonely black Big Brush pen and colored those babies and now they are black.

I still had a pile of triangles left, so I made another one: 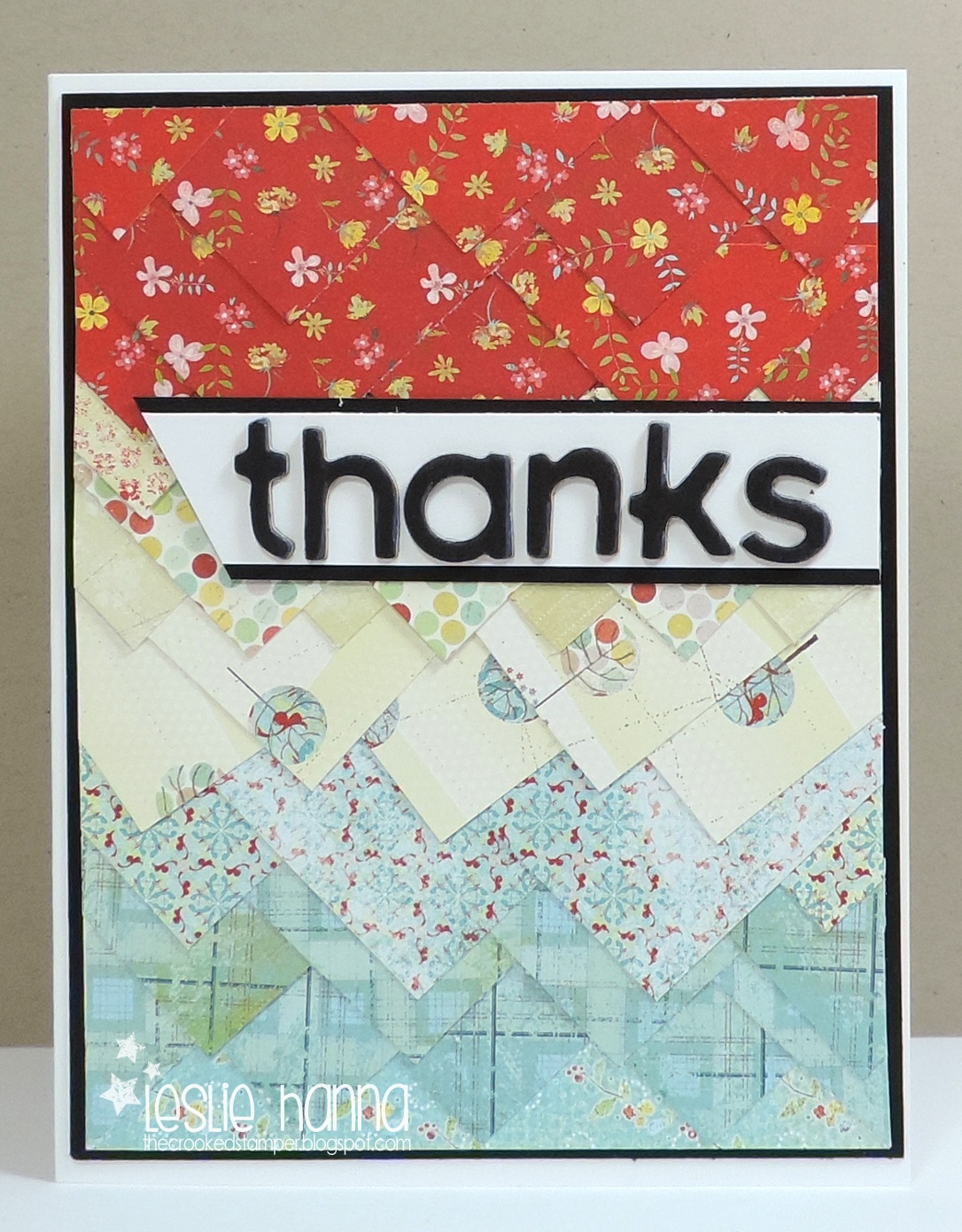 This one is pretty much the same as the first, except for the placement of the sentiment panel, which covers an unfortunately crooked triangle. It also emphasizes the spot where I should have put another red piece. Hmmm, I wonder if I can fix that...


ANYway, I might be in love with this idea. My pack of Brioche papers is now pleasantly thin, as all the remnants were cut and trimmings discarded. How stinkin' efficient!