I'm done, finished. No no no, not with card-making, but with Stickles. We've broken up for good.

The end came today while I worked on this card: 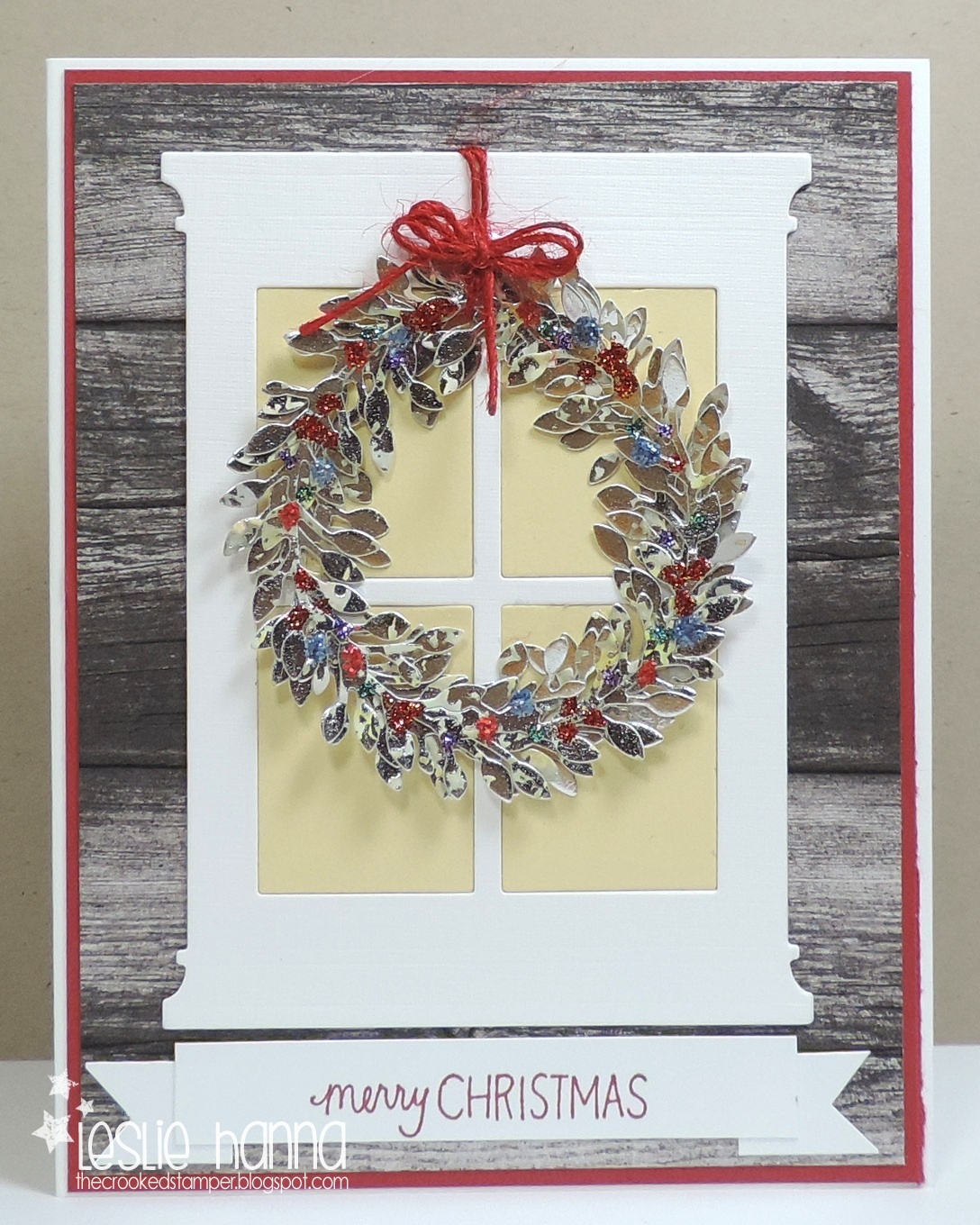 I was inspired by this card of Jessi's to create a silver wreath. My card then turned into a "how much crap can I use to make one card?" o.m.g.

I started by cutting a piece of shiny silver&gold paper from a pack of 12x12 paper that jumped into my cart when I went with my pal Tina to a big box craft store when I didn't really need anything. Yes, I bought stuff, and yes, she is a bad influence. If I don't go, I don't shop, it's that simple.

ANYway, I opened and used this pack of shiny paper I got last year *ahem* and die-cut four wreaths.That was the easy part. It was the only idea I actually had ... this stamping without a net is a tough gig.

Luckily for me, I still hadn't put away my Grand Madison Window die, so I used it. I cut two of them from a piece of badly folded linen card stock lying unloved next to my paper trimmer.

I wanted the wreath to look like it was on the OUTside of the house, so I cut another window out of ancient SU Barely Banana card stock and used the four panes for my window. I stuck it all on ... you guessed it: a piece of wood patterned paper!

I stacked the four silver wreaths a little offset from each other, using a few dots of wet adhesive between them to hold them together, and used a few mini glue dots to hold it in place on the window. Next I tied a piece of May Arts burlap twine around the top of the wreath, and draped it over the top of the window, then used my Bow Easy to tie a quick double-bow with another piece of the twine. I tried three or four different adhesives, but none of them would hold the dang ribbon, so in the end (after the Stickles Debacle) I sewed that bow into place.

Now, about those Stickles. I thought it would be cool to use some non-traditional colors, so I selected blue, patina green, and purple in addition to two different reds. What. A. Mess.

Then the fun began (why isn't there a font for 'sarcastic'?)  I was okay with making small dots, but the dots flattened out, so I added more. It looked okay, then I'd look back and it looked like crap, so I'd add some more. I finally set it aside to dry while I worked on the sentiment.

I stamped my trusty A Muse sentiment onto a strip of white card stock, and trimmed the ends off. Then I thought I'd copy something Jennifer McGuire does, and I cut the ends of each of the cast-off pieces, then tucked them behind the main sentiment giving it a faux banner look. I like it, and it's flat.

It was about this time that I checked the Stickles. They were dry, well ... mostly. I only schmeared a tiny bit of the red all over the top of the window. ;/  Fortunately, a baby wipe made for a quick clean-up.  The dots were flat again, but I'd given up and they are what they are.

I poked two holes with my paper piercer, one on either side of the pieces of red twine at the top of the window, and sewed that dang bow to the window. It was tough, since ... while the glue didn't hold the bow to the card, it certainly built up on the back of the bow and was hard as a rock. Dear Glue, drying is a good thing, but can't you maybe just hold the thing to the card front?! Ingrate.

I added a red panel, the stuck the whole thing to a white card base. The end.

My Stickles are on their way to a new home. I'm done with them. I'll keep my Picket Fence and Clear Rock Candy, but the others are history. Bye bye and good riddance.

I'm entering this card into the current Just Us Girls challenge, which is to be inspired by this photo: 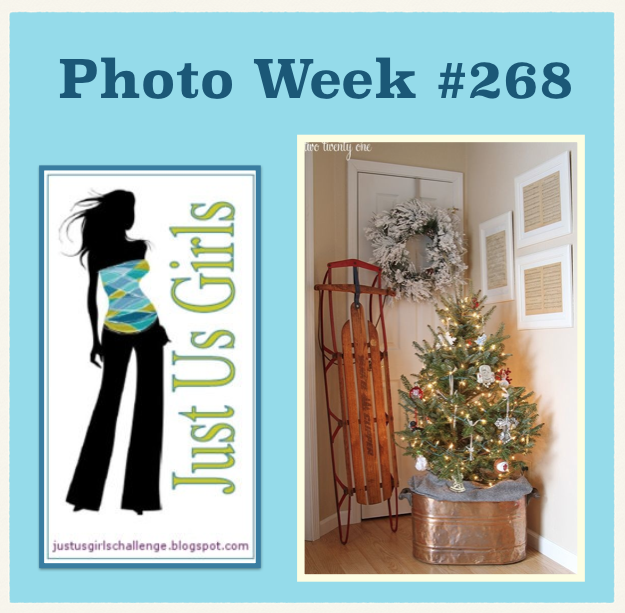 I've incorporated the frames (window panes), sled (wood paper) and the wreath on the door. Oh, and Just Us Girls = JUGs. Gotta love it!

Stuff I used: Recollections Christmas foil 12x12 paper pack, A Muse sentiment, mystery red card stock, SU mini glue dots (I haven't been a Demo for years, and I'm still working on my cache of adhesives), and the following: