Today was the day my pile of printed-but-not-yet-done challenges reached critical mass, and I was forced to purge the bottom few layers. In the process I found a few die-cut words from a crafty play date that occurred several months ago (I told you it gets bad), and I decided to use them instead of sticking them in the UFO pile. Three die-cut words = three cards. Here's the first one: 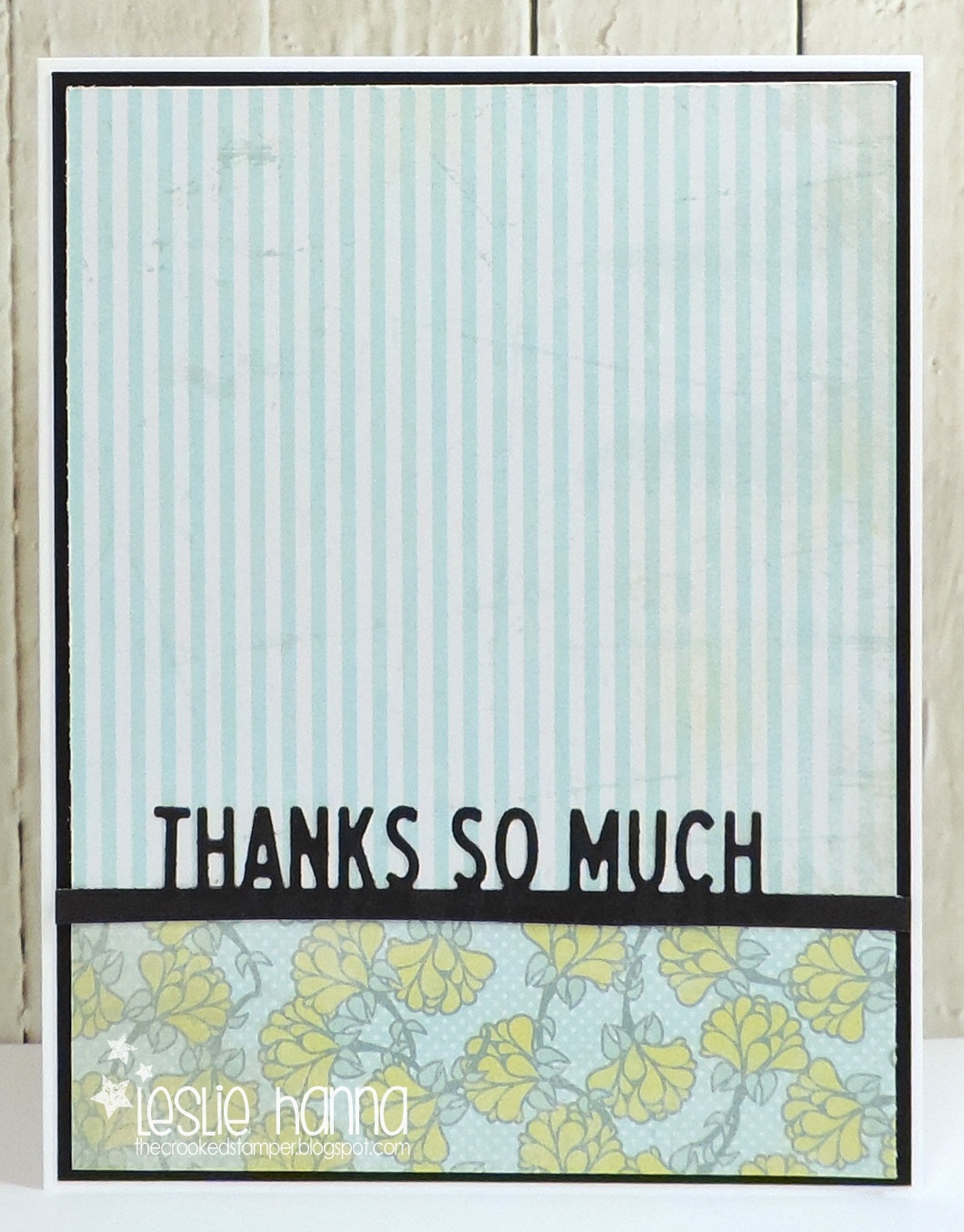 I went through my boxes of 6x6 paper packs, looking for one that had black in it. I ended up using the Authentique Collection: Renew. I took three pieces of paper and cut each one down to 4 x 5 1/4", then cut 1 1/4" off the bottom and flipped it over. Gotta love double-sided paper! 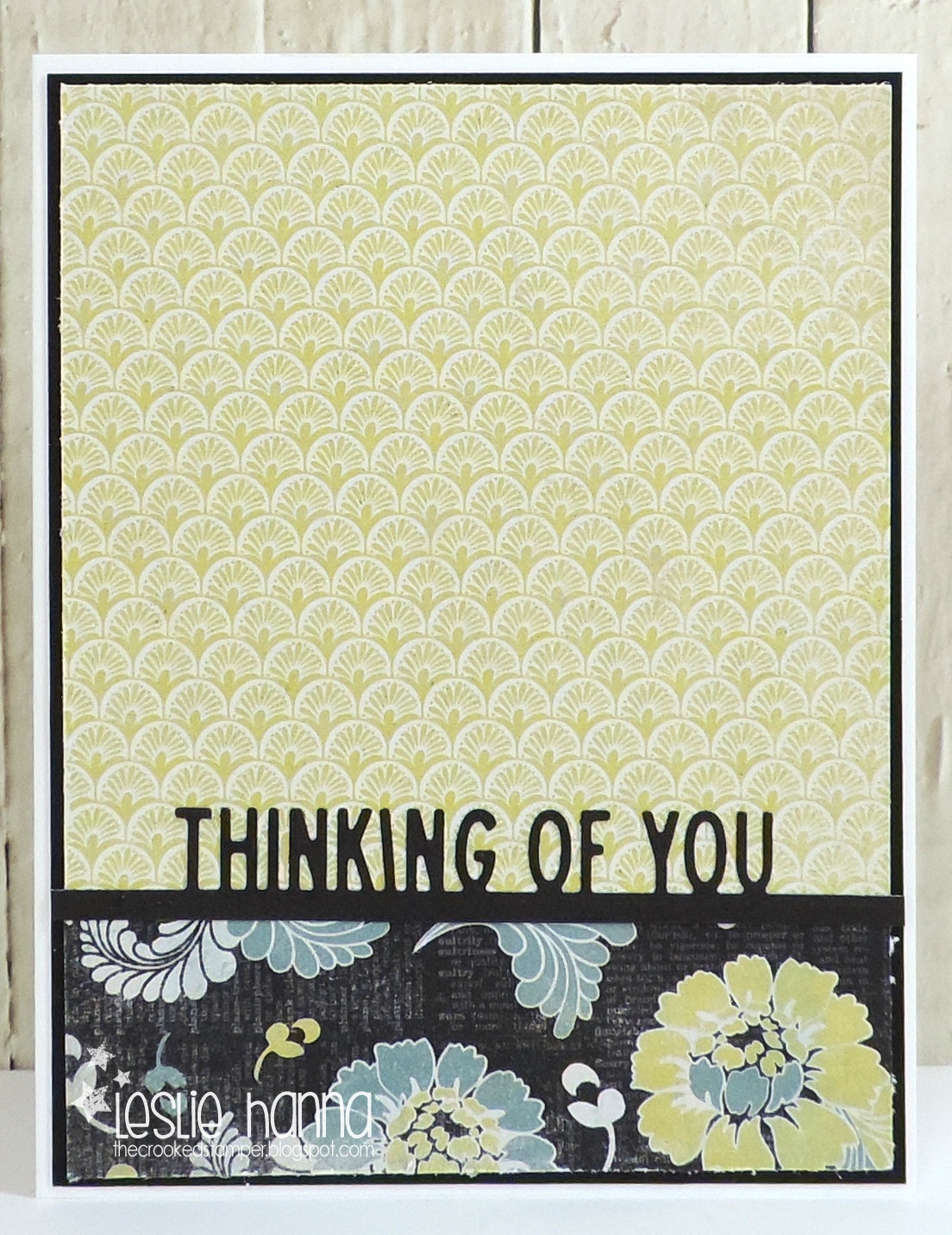 Oh, look, the sentiment was put on crooked. ;/ I wonder who did that.

I cut three pieces of black card stock to 4 1/8 x 5 3/8", and put the patterned paper on. Then I used some Multi Medium to attach the sentiment strips. 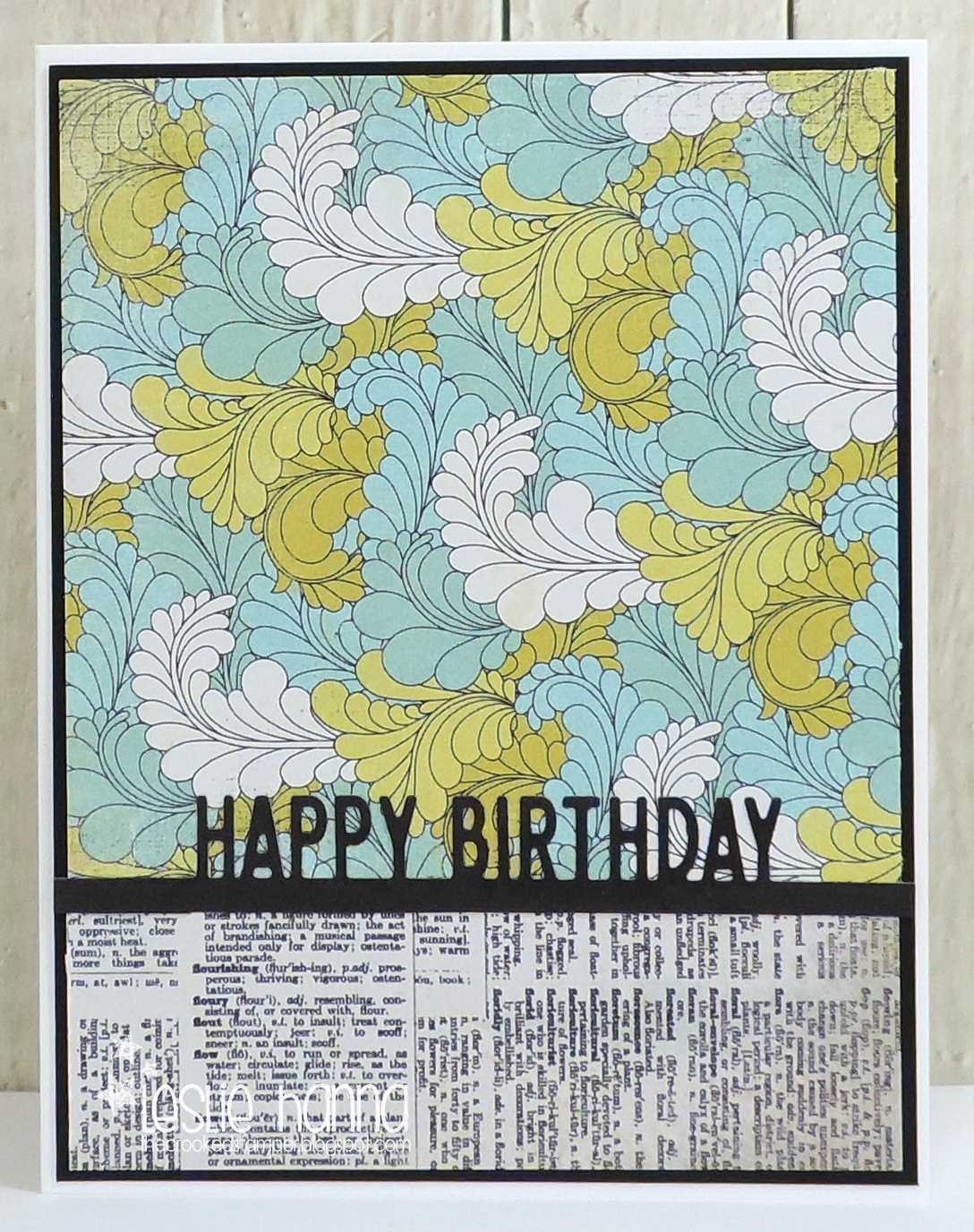 This one is a bit busier than the first two, but I think it still works. Oh, and my last act was putting the black panels onto white card bases. The end.

I feel a little guilty when I don't actually stamp on a card, but I still like these. And not only did I use the re-discovered die-cut sentiments, I also used three more pieces of the Authentique paper. I might even finish that pack in my lifetime. Could happen.

Stuff I used: SU Basic Black, and the following: