I'm not on Flickr much. I have an account, but only to enter challenges when I remember them. Too bad Flickr doesn't have a way to "feed" into Feedly, because I miss most challenges. I find out about them after they're done most of the time.

I recently had the pleasure of meeting Barb Engler, who runs the Simon Says Stamp Flickr challenges, but I keep forgetting to play! I played the first one (and I won the random draw! wheee!), but since I don't hang out there, I've missed the rest. Finally I added my Flickr groups membership link to my browser menu so I see it every day, and maybe, just maybe, I'll remember to play!

It worked! Today Challenge #6 was posted. For this challenge we're supposed to use Simon Says dies. I can do that, and I made this: 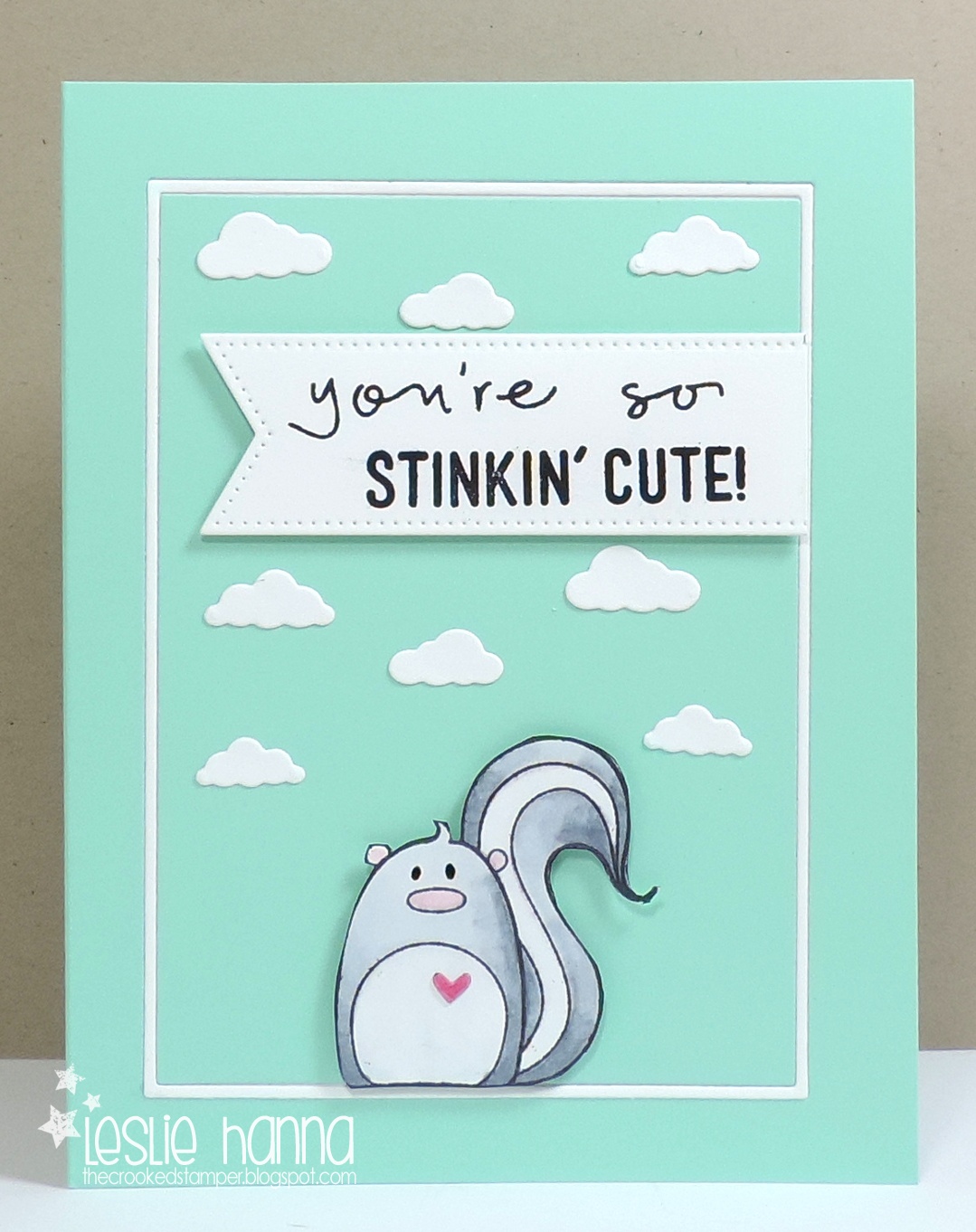 I fell in love with this frame die when I saw Jennifer McGuire (Enabler Extraordinaire) use it in one of her videos. You should all know by now that I'm notorious for getting things crooked, and this seemed like the answer to my prayers. The cool part is you can inlay it so it's one layer. Normally I'd cut things as separate panels, so this is a very cool option. I did put a piece of Hero Arts patterned card stock on the inside to hold the layers, but the front is flaaaat.

I colored and fussy-cut the skunk, and popped him up on some foam tape. Yeah, he's more grey than black. Maybe next time I'll go bolder on the dark colors. I'm still a wimp when it comes to coloring.

I also die-cut an MFT Fishtail Banner for the sentiment, and put foam tape under that.  The tiny clouds are from a Memory Box die.

I felt like it needed another color, so I went into my bowl of left-over tiny hearts and found one that worked here. The end.

I like it! Now if you'll excuse me, I need to go link this up to Flickr before I forget again.