In my continuing quest to use my new stuff, I managed to make three cards the other day using one of my new dies. Here's one of the cards, then I'll explain: 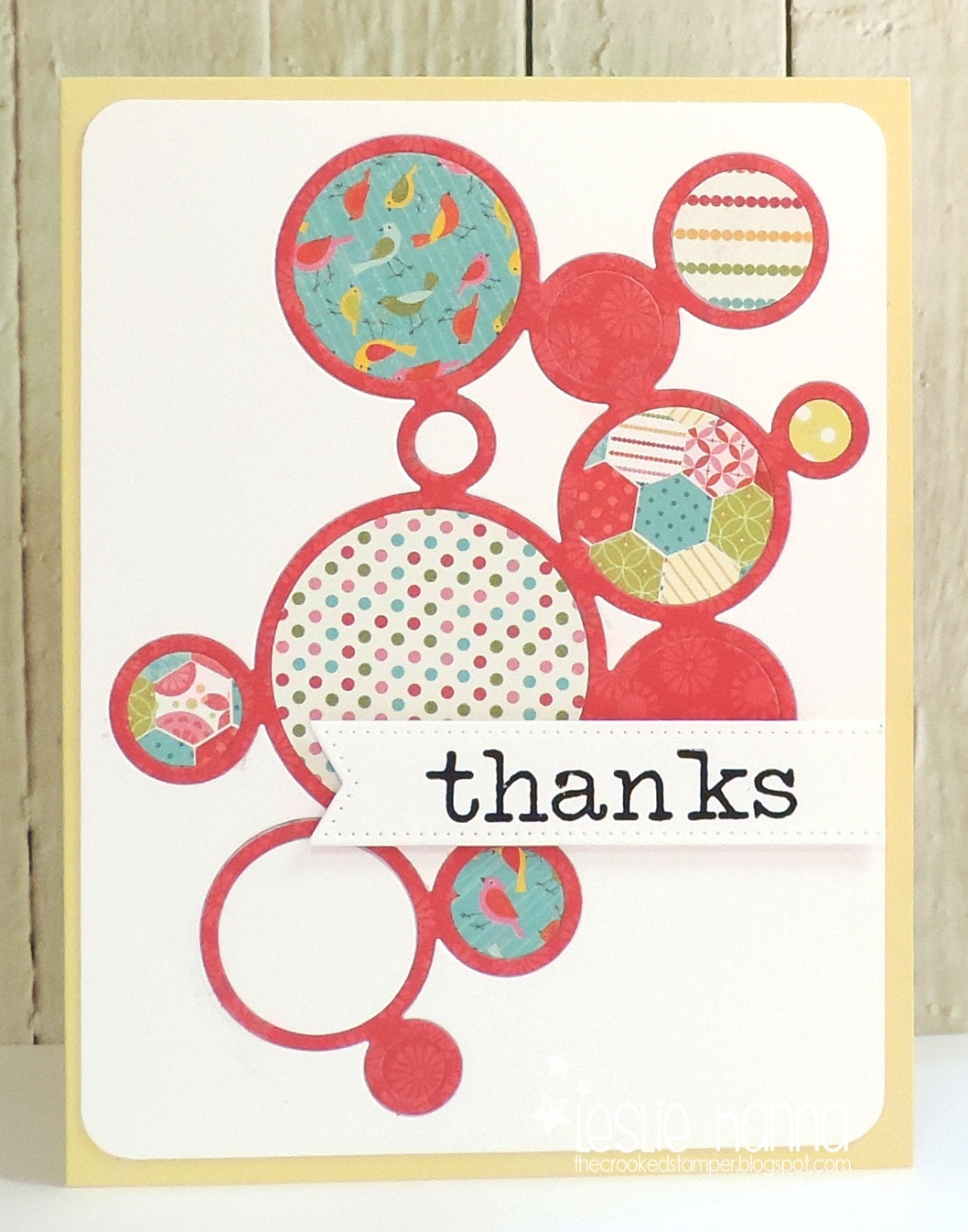 I began by die-cutting the circles die from white card stock, four times because I wanted four panels. Then I cut it four more times, once each from four different pieces of double-sided patterned paper. This gave me several things:

First, I cut a piece of printer paper into fourths, covered each with adhesive, and stuck each of them to the back of a white gaping hole panel. This closed off the hole and gave me a place to stick things. All good card makers need places to stick things. This is getting out of control, so I'll stop now. 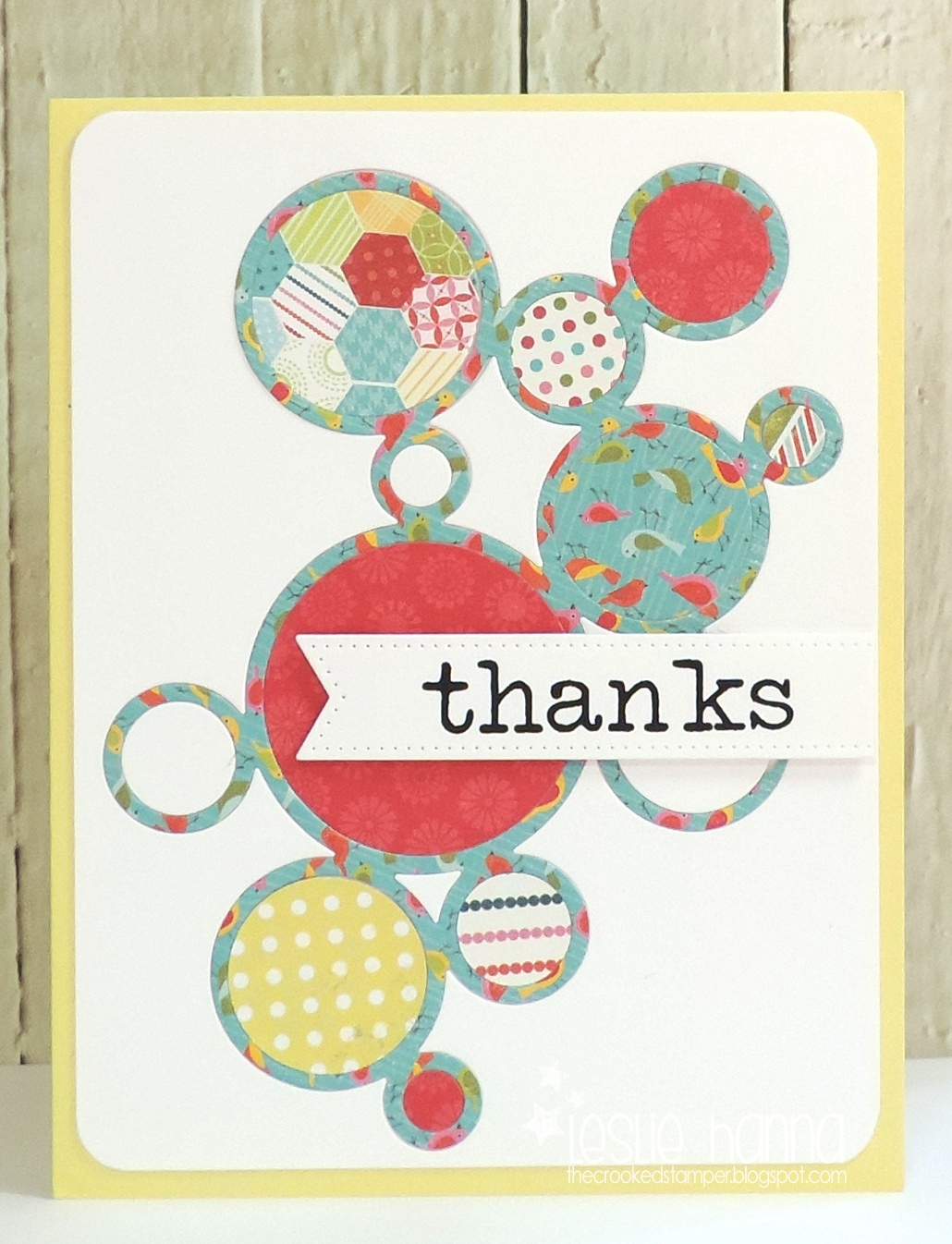 Next, I sorted all the circles by size and began the process of filling in the open circles. I opted to include a few of the white circles, partly because they looked lonely, and partly because I ran out of good patterns to put next to each other and I used the white to break it up a little. 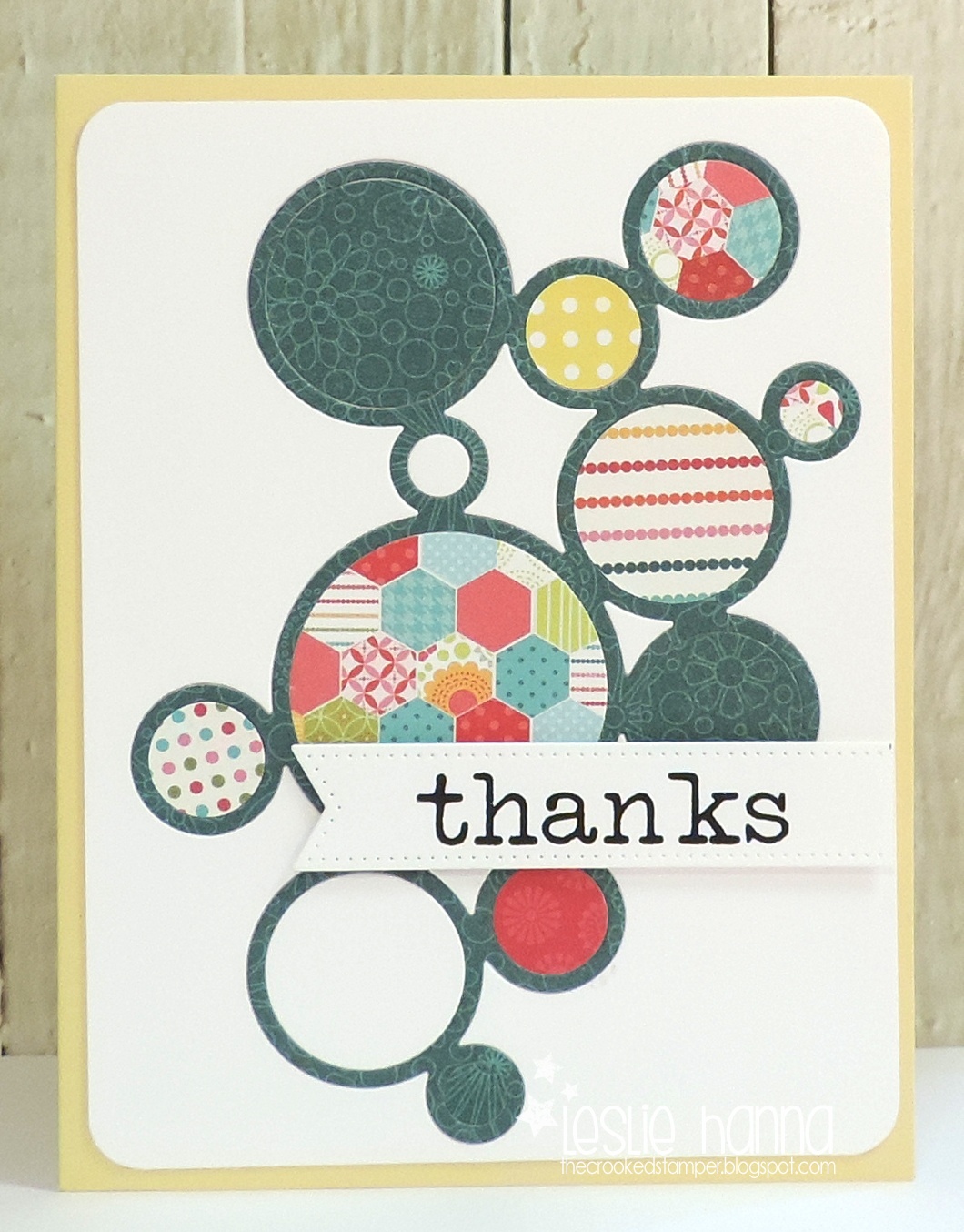 When I was done filling in the circles, I put the panels aside and worked on the sentiments. I chose the thanks for its simplicity, and stamped it on a banner cut with one of the MFT Fishtail dies, then mounted it with foam tape. I put the whole panel onto a Hero Arts yellow card stock base.

There was a fourth card, but it adhered badly to the piece of printer paper, and has an odd warp to it, so I haven't used it yet. It's officially a UFO now.

I like all three of these -- the same parts-is-parts, but very different looks based on the color of the outline:


Oh, and that middle one has a more centered sentiment, as it hides an unfortunate schmear. ;/

Believe it or not, another small order of new stuff has arrived, and I must see if I can initiate any of its contents. Some day I hope to catch up.