My second post for today is another sketch from last weekend, Tiff's Sketchy Sunday 009. Here's her sketch: 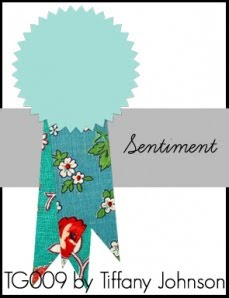 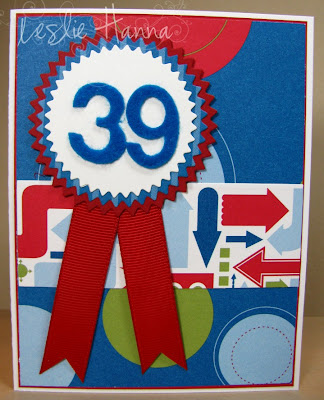 This was one of those ideas that was a big FAIL FAIL FAIL until I'd switched out my first bazillion ideas and finally got it right. When I first saw the sketch, I thought it would be perfect for a birthday ribbon, and since I make milestone birthday cards to sell at my markets, it seemed like a match made in heaven. It would also give me a chance to break in my new number dies from PTI. Unfortunately, the numbers are too big to fit in layered circles and not take up too much of the card front (in my opinion).

I'd started with some Pacific Point DSP when I was playing with the PTI numbers, and I realized this pack of DSP at my feet was also Pacific Point, so I started playing with these papers and finally abandoned my original idea when I found some old old old felt numbers I'd used on some kids' cards a few years ago. They worked!

I left off the sentiment because, well, it's kind of obvious it's a 39th Birthday card, isn't it? Plus, a Happy Birthday would get lost in that busy paper, and I didn't want to cover it up.

Why 39? Mostly because those are the blue numbers I had, but also, did you know Jack Benny was 39 for 40 years? Truth.

Okay, I'm off to run some errands, but I hope to be back later with a few more cards.

PS: I just realized there is no stamping on this card!
Posted by Leslie Hanna at 8:34 AM