Once again, I have been delayed in getting Tiff's Sketchy Sunday card made. I like to live on the edge, so the day before is just fine for me. 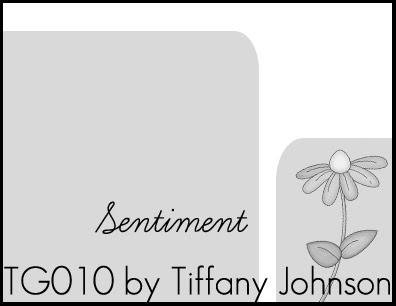 Now I don't have a problem with rounded corners. Nope. Love 'em! But this week I had a problem getting my brilliant idea to materialize. You see, I have a stamp I HAD to have but have never used (surprise!) and found the matchy paper in my cupboard of SABLE papers, and this is what came out: 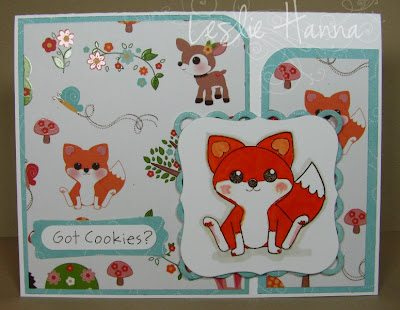 This is not what I intended to make. Close, but no cigar. Yes, I took some liberties with the layout, but I needed to layer those pieces, and there was just too much white space in the upper right if I shortened that piece, so I didn't. But I had such trouble with the measuring, I managed to disappear all but a few small pieces of this fabby paper in the making on one stinking card. Sigh.

I also learned, then remembered I already knew but had forgotten, that applying layers of a Copic 0 over anything close to red just doesn't play nice(ly). I tried to lighten that orange on the fox, and I went over him several times, but it was not lightening. So he is VERY orange, and I'm okay with that. Now.

The sentiment is from one of my new MFT sets - Girl Scout. I thought it would work here, so bonus points to me for opening another new stamp set. Wheeee! *ahem*

The really cool thing about the paper is: parts of it are embossed: 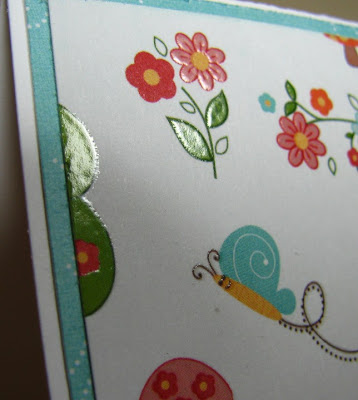 So one piece of paper disappeared and one more sketch challenge DONE!

In other news, I have my classes this weekend, and there are three full houses - all three sessions are booked. This is a good thing! But that means all day Saturday I clean and move boxes to make room for the tables, and then prep the kits and set up for Sunday. If I get my act together later (hahahahahahahahaha!) I hope to make some stampy time, and if I do, I'll be back to share.