I started out today just playing. I had a pack of paper out that has very pretty, feminine patterns, and I thought I'd make a few simple cards with it. Two hours later ... yes, it's been a rough day. BUT, I made a lot of pretty cards, and not so much pretty trash, so I thought I'd share. :)

Actually, I started with this one, messed up, set it aside, made the next two, then came back to save this one. I totally messed up the green diagonal strip and had to trim that layer within an inch of its life. I was determined to save it! It was so narrow I needed a layer, but I didn't have enough of the green left for a whole layer. What to do, what to do. I then added the two papers at the top and bottom, but it looked really dumb, so I added two more scraps remnants between them. Does it look like I meant to do that? I sure hope so.

The heart is there partly for balance, but more to cover the mystery schmear I found there. The sentiment is from a Paper Smooches set (linked below).

Here's one of the two cards I made while grumbling about that first one: 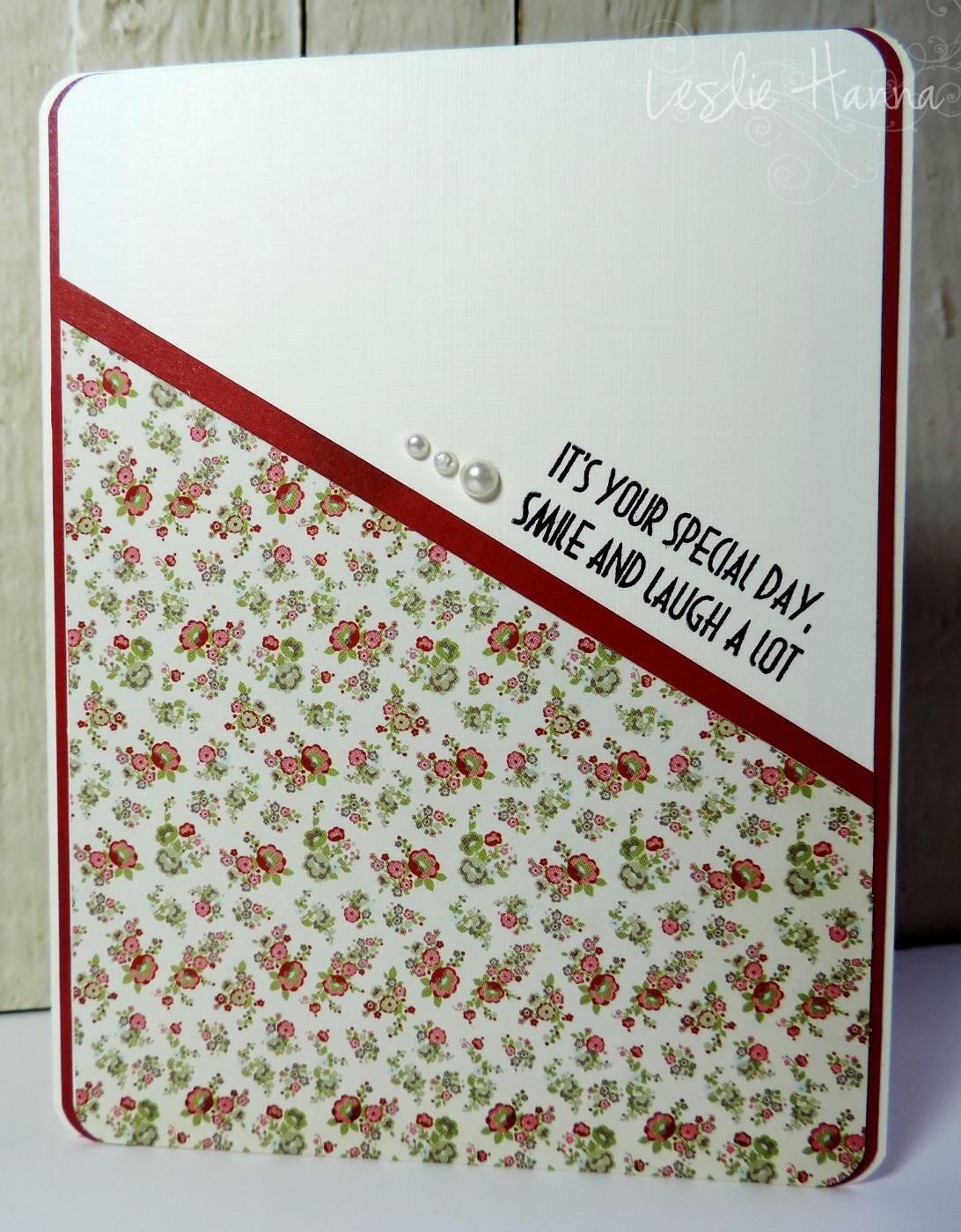 I cut the paper on the diagonal in the wrong direction. Wait, no, there are no mistakes in stamping, only opportunities for embellishment!  Gosh, I love this hobby!  I cut a strip of the red from the same paper pack, then stared at it for a while.

I don't like to be told what to do, and this card said "Stamp on the diagonal". Trust me, I tried not to, but it seemed to be the right thing to do.  I originally had a fat flower garnish on the left side of the diagonal, but opted to use the pearls instead.

Here's the other card from the other half of the paper: 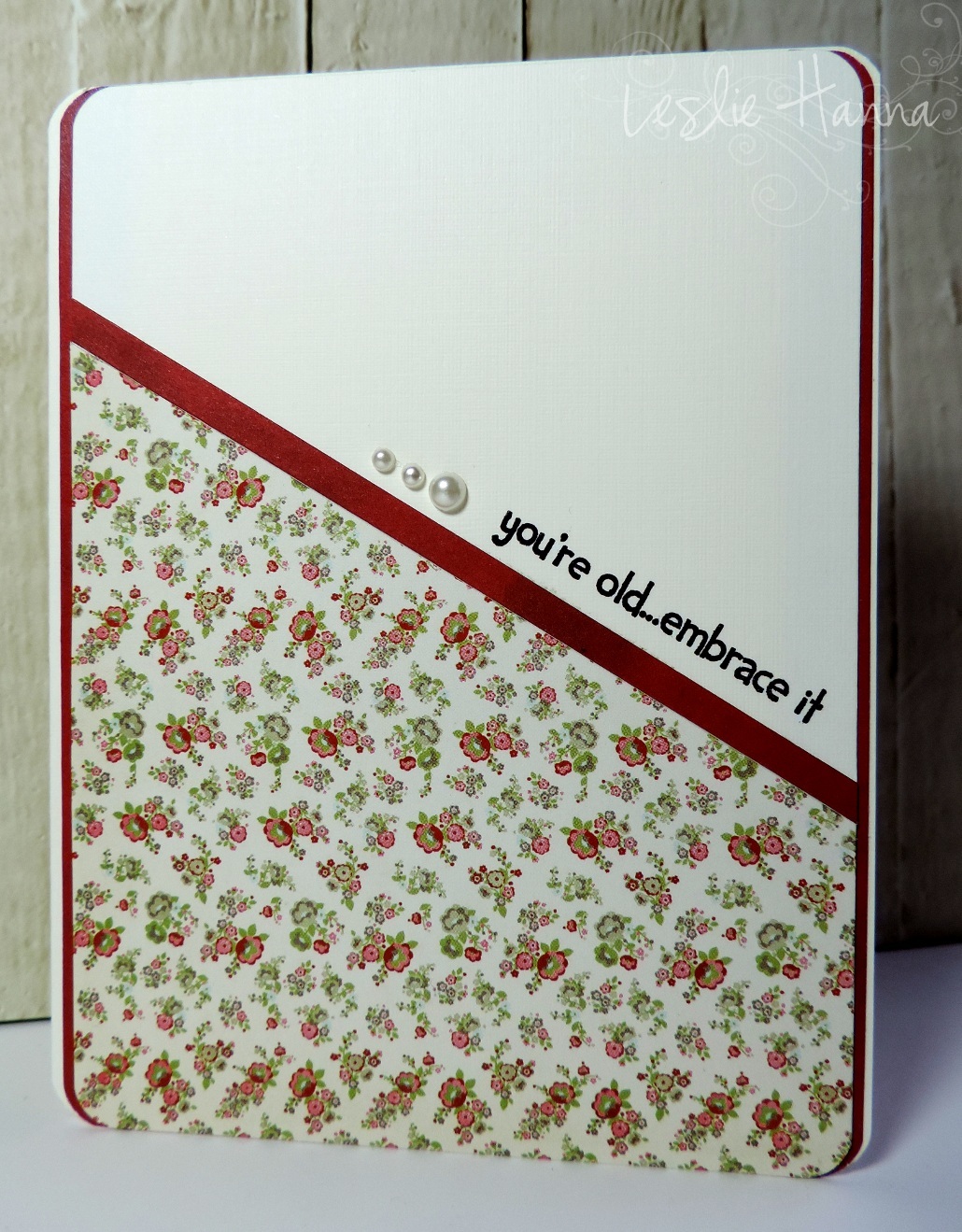 Both of these use sentiments from the same Paper Smooches set.  They aren't the traditional PS funky fonts, but I like them all the same. An excellent set to have in one's collection.

The red strips down the sides of the card look the way they do since I forgot the paper was 5 1/2" instead of my usual 5 1/4", and I'd rounded the corners, and I was stuck. I think it came out okay, though.

That's my saga about these three cards. I also made some challenge cards that I'll post later.

In other news, it's raining, big time. It's even teased us by turning to snow a few times today, but I know it's been too warm lately for any of it to stick seriously. (Oh, did I say that out loud?)  This is what my yard looks like after a good rain: 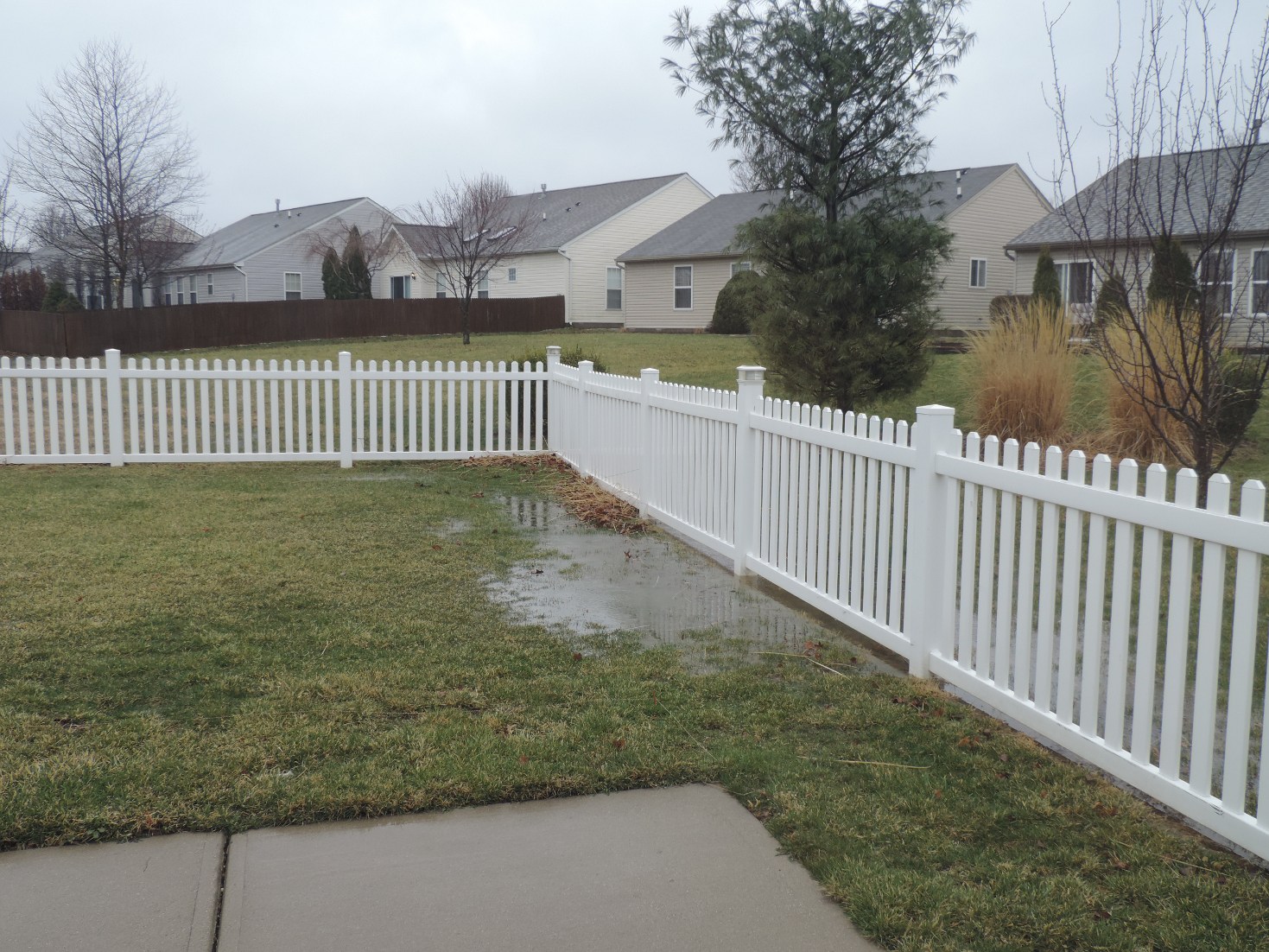 Yeah, not a good spot for a garden. Maybe some pussy willows or something else that loves water. I'm sure the neighbors would appreciate that, too. What a soggy mess!