A while ago, Jennifer McGuire made a few cards that used the Simon Says Stamp Heart Parade die. As always, her cards made me need this die, but before I took the plunge, I decided I'd try a similar die I had: the Memory Box Twirled Heart Border die. I selected one of my favorite paper packs, die-cut a bunch of the papers, and set it aside, where it sat until a few days ago while I was cleaning moving around piles of paper.

I decided to give it a go, and this is what came out:

The die is longer than an A2 card, so I had to let it hang over the bottom of the paper. I knew I'd need to cover up the bottom somehow, but it also freed me up from paper piecing into the last one or two hearts. :) I think the two most difficult parts of making this were (1) stacking up the individual heart shapes for each of the hearts so I could select the pattern I wanted, and (2) getting the white layer stuck down straight, since it was cut through the bottom of the layer and it was flopping freely.

Solving (1) was just time-consuming and tedious. And don't sneeze. For (2), I applied adhesive to a piece of copy paper, stuck down the larger side of the white, laid in the outline of hearts so it fit tightly against the right edge of the opening, then pushed the left edge of the white layer in to complete the puzzle.

Hard to believe I made four of these, isn't it? I like the look, but I probably won't futz with it again. My patience wears very thin. Or else I'll have to suk it up and accept that I'll be trashing a lot of die-cut hearts in order to make just one.

Oh, and the save of the day: 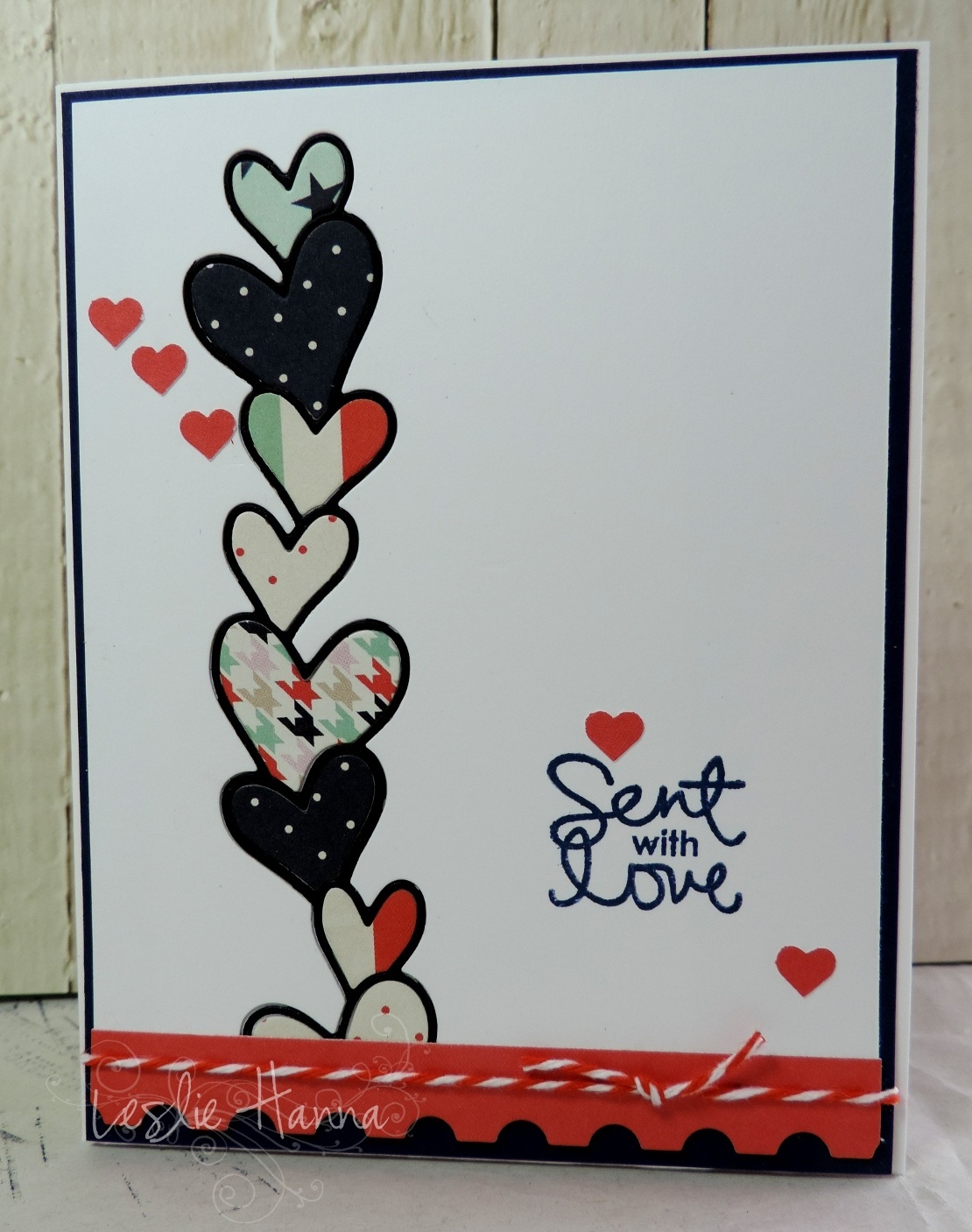 There are a lot more not-so-random red hearts on this one. That's because after I'd finished piecing in the patterned hearts I managed to scratch the white card stock with my nail and it was ruined - RUINED! So that line of hearts on the left kinda covers up the scratch. I worked too hard on this to trash it. *wipes brow*

Thus ends my tale of woe for the day. I think I'll go try something less futzy for my next card.