In my world, I follow a bazillion blogs, and I sometimes even read them. I try to keep my total of unread posts under 300, but it's not always easy to do. I very rarely hit the mark all as read button, but I am less selective on some days with what I do read. I generally read the challenge blogs, and save my crafty peeps' blogs for last.

Why? When I read challenge blogs, I look at the challenge and decide if I'll try it that week or not. I don't look at the DT samples until after I've made my own card, because I don't want to be influenced by their interpretations. It's the same with my crafty friends and their blogs. Most of the time I read a crafty blog, I either need to buy something *ahem* or I need to CASE what they did. I do read them eventually, though, as I like to leave them comment loooove.

One of the crafty blogs I read is Lisa A at I'm In Haven. I'm sure you've seen her around the blogosphere as a guest designer on many company blogs. Yeah, she's that good.

When I see a card I like, I tag it for my CASE file. I just went through my CASE file and found about half of the posts are Lisa's. Of course. So I did one ... the second card in this post. Here's my version: 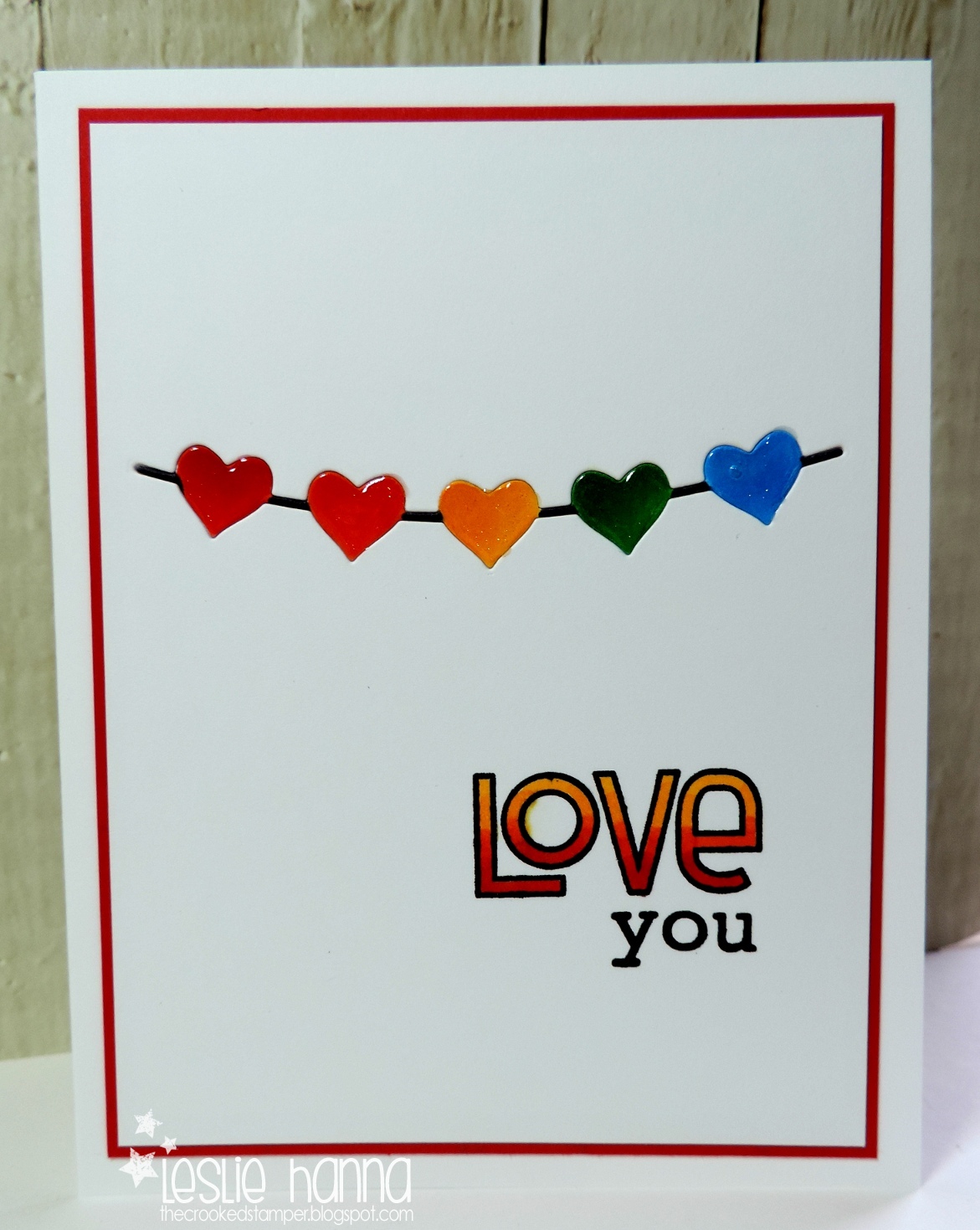 Instead of the WPlus9 stamp that Lisa used, I used my now-opened Simon Says Stamp String of Hearts die. I die-cut it, popped it out of the white panel, colored it with Copics, then put it back in. After everything was glued together and secure, I went over each heart with my Wink of Stella clear brush, then covered them with Glossy Accents.

For the sentiment, I chose the "love" word from the Paper Smooches Word Salad set, and the "you" from the Simon Says Stamp Tiny Tags set. I love the mix of fonts. I colored the LOVE with Copics to (hopefully) look like FIRE. :D

When I first die-cut the string of hearts, I couldn't decide which direction I wanted the card to go, so I didn't decide; I did it both ways. Here's the second version: 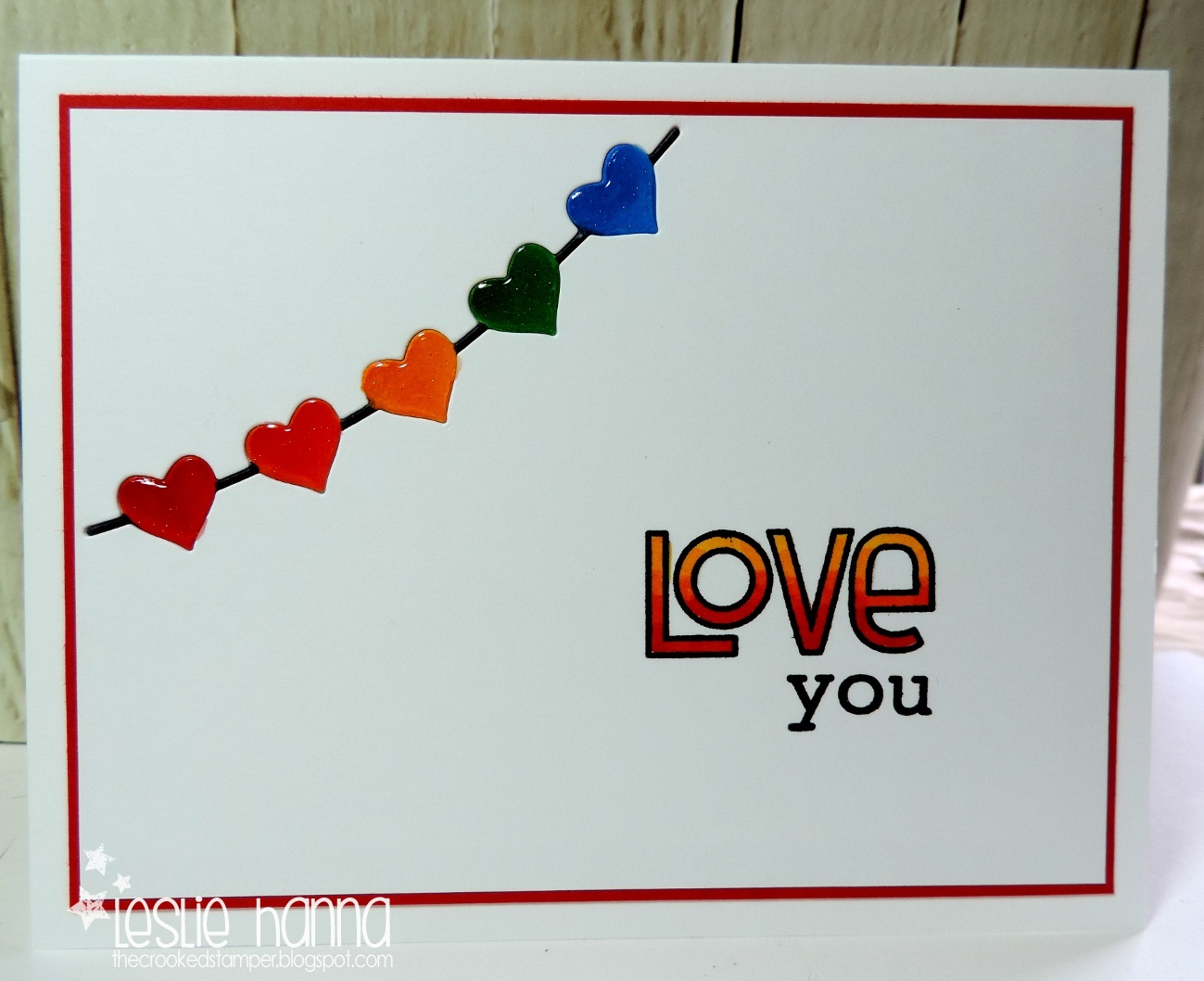 It's different. I think I like the first one better, and it's closest to Lisa's card that I CASEd, so ...

I plan to get back to my challenges list later, and hopefully I'll have something more original to share.

Stuff I used: Miscellaneous red card stock that was so easy to find since my Card Stock Re-Org, and the following: