The last two crafty play date cards I have to share use two of the Simon Says Stamp Shape Parade dies. Here's one of them: 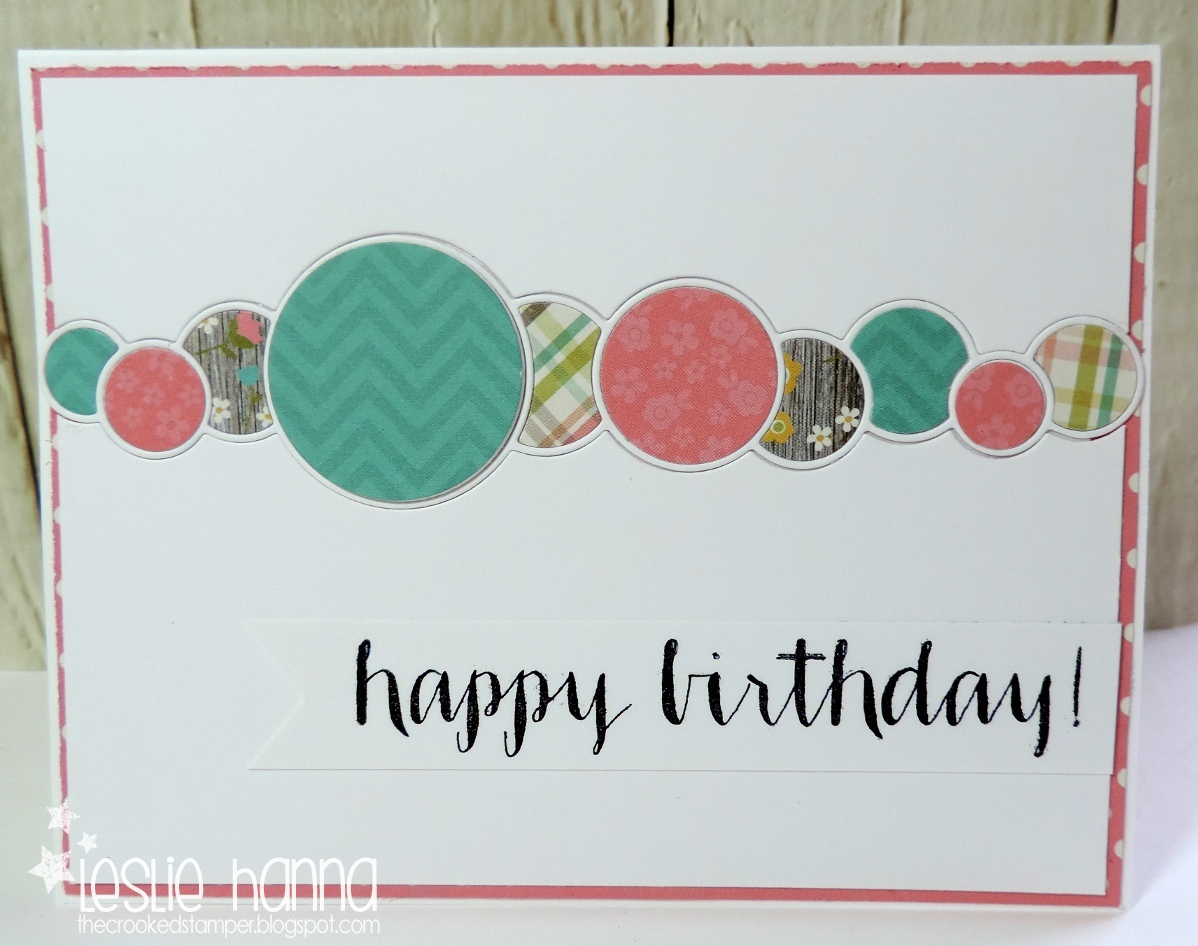 I had to cut the line of circles several times to get it right, because I'm not used to using dies that cut the panel all the way through. I AM trainable, with time. Since I had extra white circles, I stacked them in several places for some added dimension. Then I futzed around with the patterned papers until I got a decent smattering of color.

I insist on working on 4 x 5.25 panels, so naturally the row of circles slopped over the edges. No problem, said she. I put a piece of patterned paper behind the white layer and it was all better. :) After all that work, though, I managed to stamp the sentiment crooked. I KNOW! I just stamped it again on a white strip and covered up the bad one. Hopefully it looks like I meant to do that. 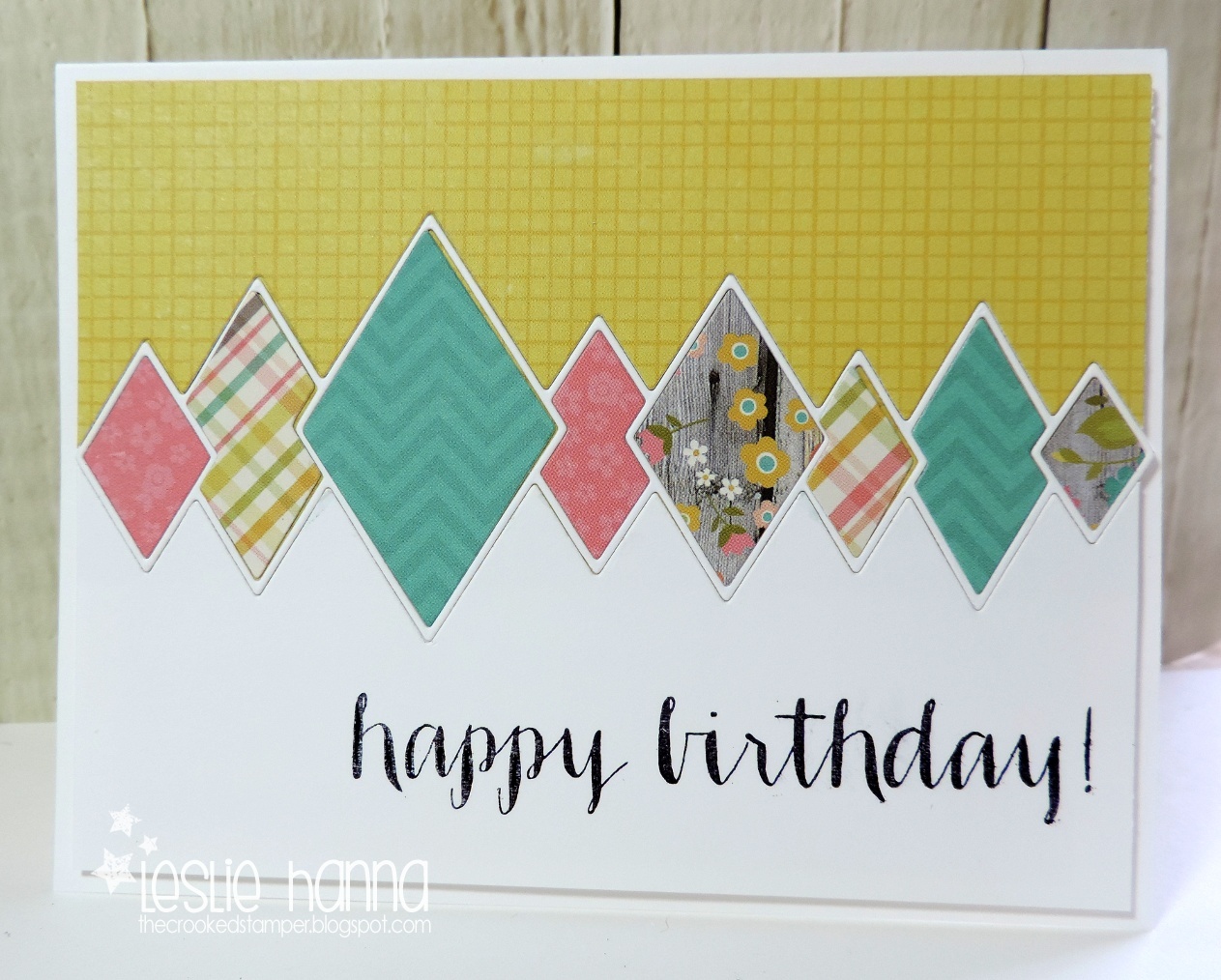 and ... well, it's a little different than the first one, mostly because I got confused and couldn't find the top piece of white. That's when I got the idea to make it yellow instead, and ... well, sigh. This problem child is very thick, and heavy, and also on foam tape. But hey, I stamped the sentiment pretty straight, so there's that.

I just need more practice with these dies. But in the end, I kinda like both of them, plus I've learned a lot so (in theory) I should have an easier time next time.

Have I mentioned how much I adore that sentiment set? Well, I do.

That's the end of the cards from my crafty play dates. Time to get cracking on some new stuff!