After yesterday's card disaster, I decide to try again with the beer, because I really like it. Not beer, but the die-cut and colored beer image. I can't drink beer, since it has bubbles. Carbonation doesn't like me.

ANYway, here's my next attempt with the beer: 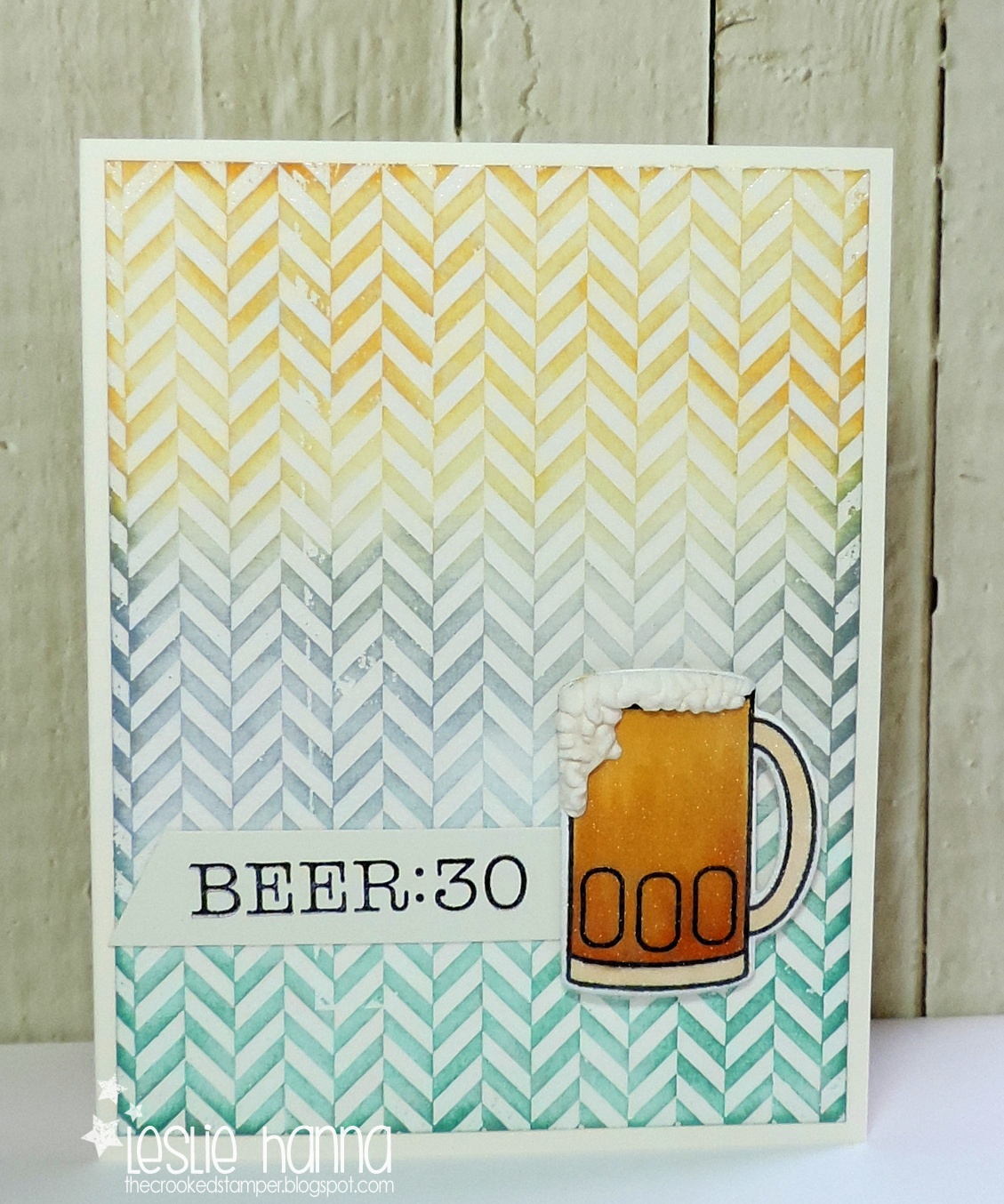 I had two pieces of this embossed tweed background on my desk, left from an experiment I never finished. This one was embossed with clear, and the other one (still languishing) was embossed with white. I suppose I could make a second card with the same inks and put them side-by-each, which was going to be my experiment. Maybe.

I took three random colors of Distress ink and used them to color the embossed background to dull it up a bit. The embossing was very shiny, and I didn't think shiny went with beer. Then I added the sentiment banner and the beer mug. Done.

Here's a close-up of that beer, because I really like how it turned out: 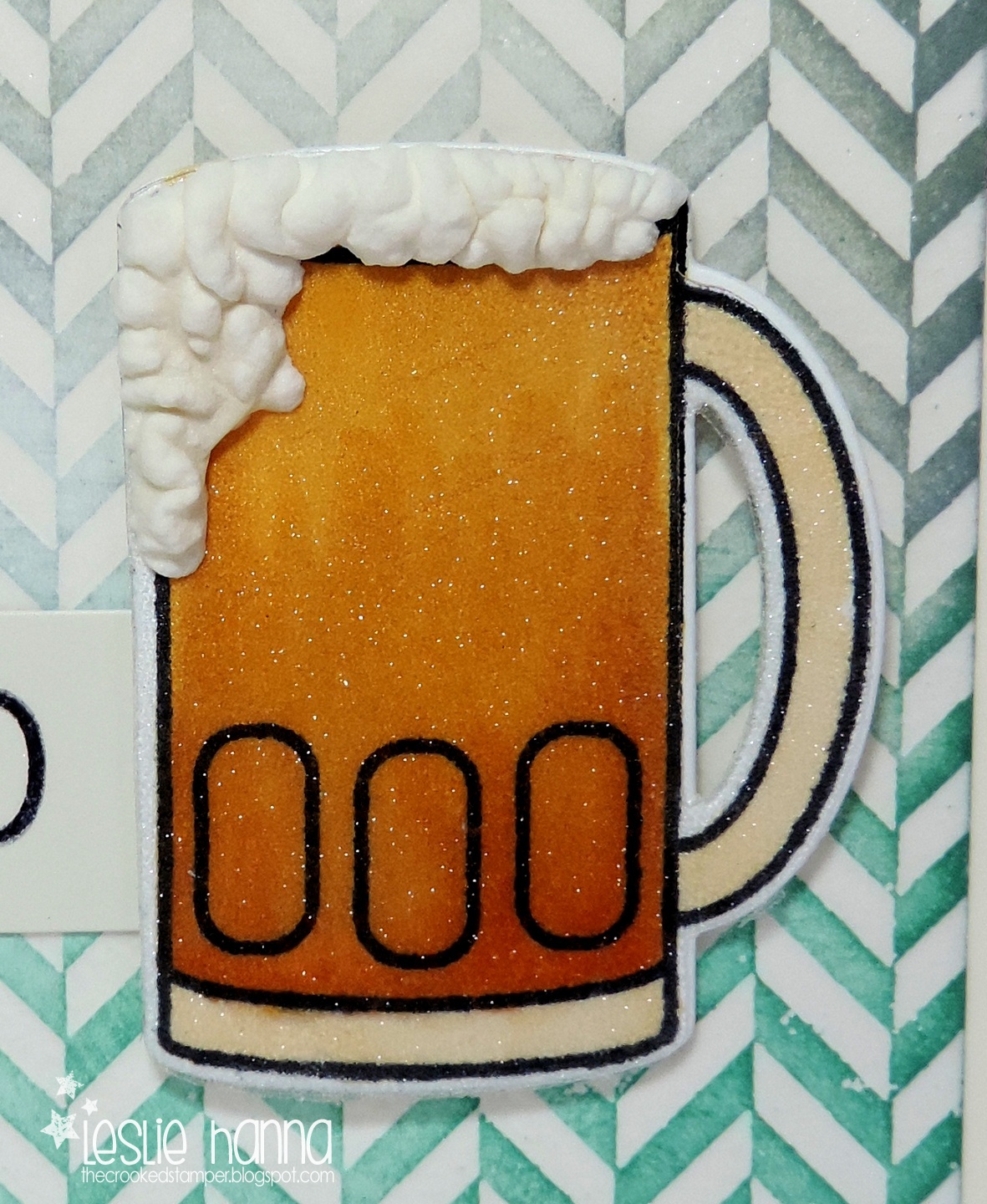