Most of you know by now that I rarely CASE a card 100%. I try to do something different to make an idea my own. Well, in this case (hahahaha, so punny) I started with this card by Jennifer McGuire and tried to change it up. I should know better than to CASE one of the best there is. Sigh.

Here's my version of her card, then I'll explain: 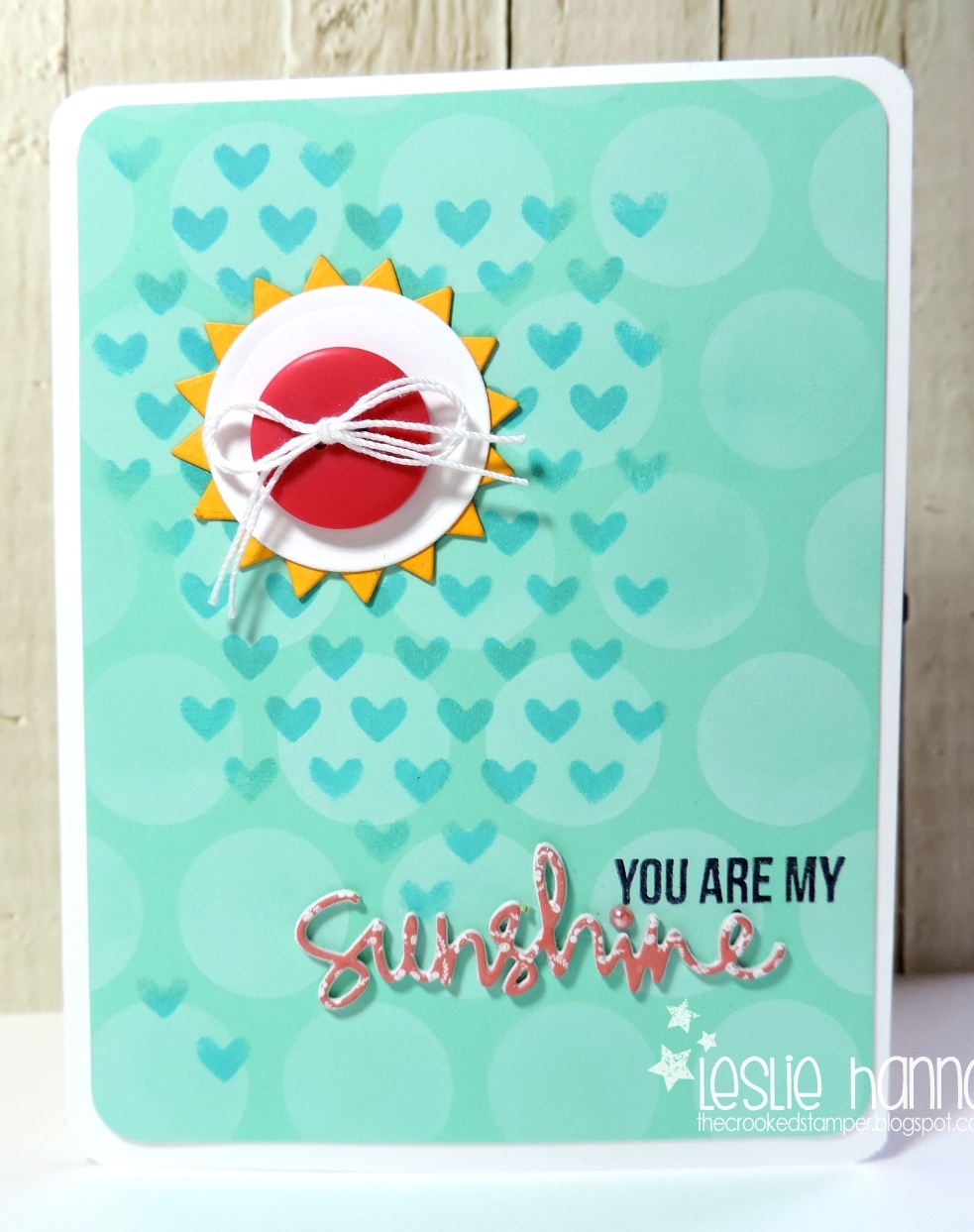 First of all, it was more difficult for me to get those white circles to be white than Jennifer made it look in her video . Next time I might go with a white spray or something. Or else it was operator error, which very well could be the case. (snort, I did it again.)

She used Audrey Blue card stock from Simon Says Stamp, where I used Hero Arts Tide, so maybe they take the white ink differently. I also did the sun differently than she did, and used a random button for the (almost) center of mine, which kept me in my comfort zone of pool + yellow + red. I seem to be stuck there.

I die-cut the "sunshine" word from a piece of patterned paper, and several more times out of white, then stacked them for some dimension. I lost the dot from the "i" so I colored a pearl to use in its place. I also didn't add any glitter since I was going to send this to OWH, but the button is too fat, ergo it will have to go to someone else, sans glitter. So I guess I was inspired by her card.

I kinda like mine, as those white circles are very subtle. And it was quite fun to add the hearts over the white circles. I might play with this idea some more to see what else I can do. It's all about being inspired to play, right? :)

Stuff I used: Miscellaneous button, crochet thread, and the following: