Lucky To Know You

It's fun going on a crafty play day to someone's house and getting to use their stuff. Here another card I made last weekend: 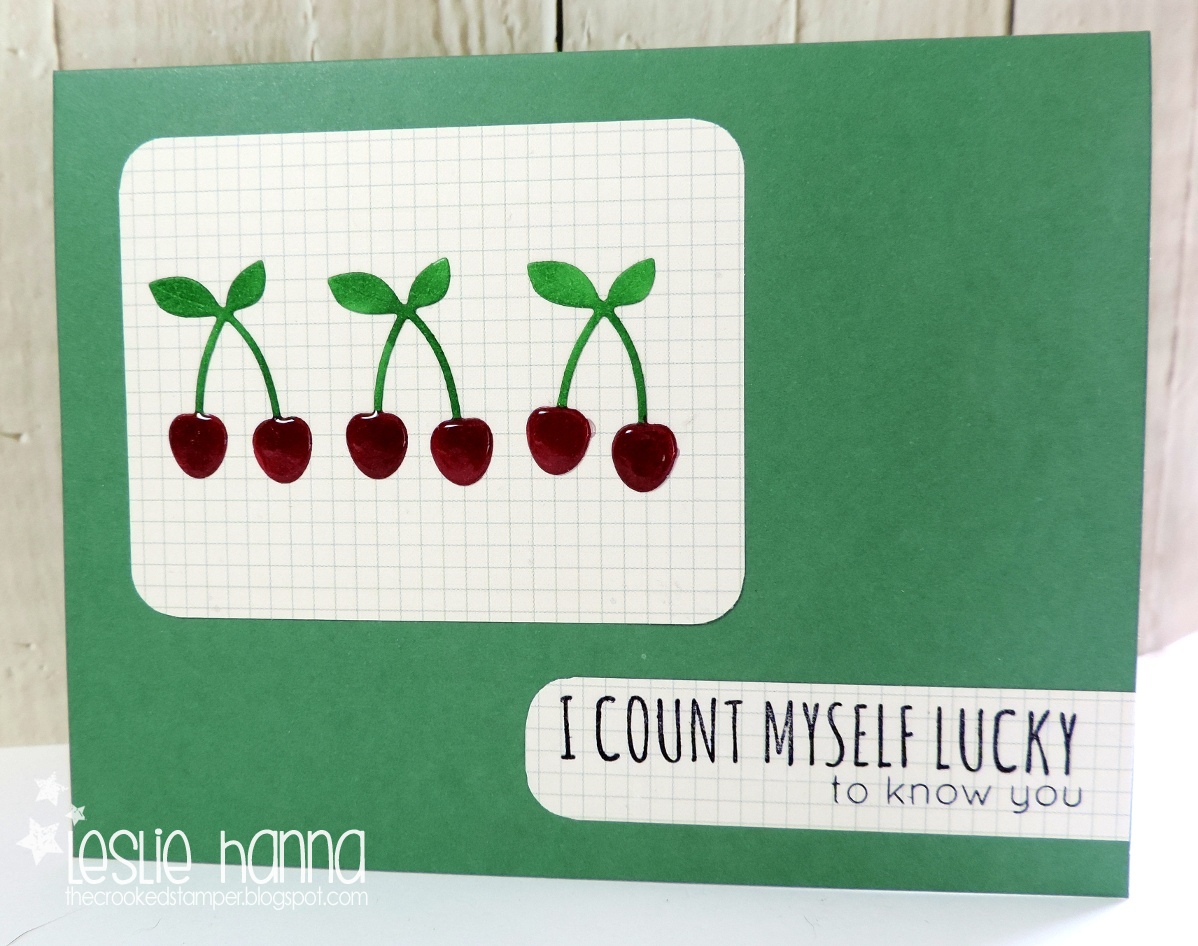 I ordered this cherry die with this card in mind. My die hadn't arrived yet, so it wasn't in my pile of "new but never used" stuff I usually take with me on play dates like this. Luckily my pal had it, so I put it to work!

The die cuts both a large and small pair of cherries, so I cut it three times and I made two cards. I colored the cherries with Copic markers, then put them onto a piece of patterned paper. After I stuck that to a green card base, I added the sentiment. Get it? Lucky? Three cherries? Jackpot?

I used the smaller cherries on the first card, and the larger ones here: 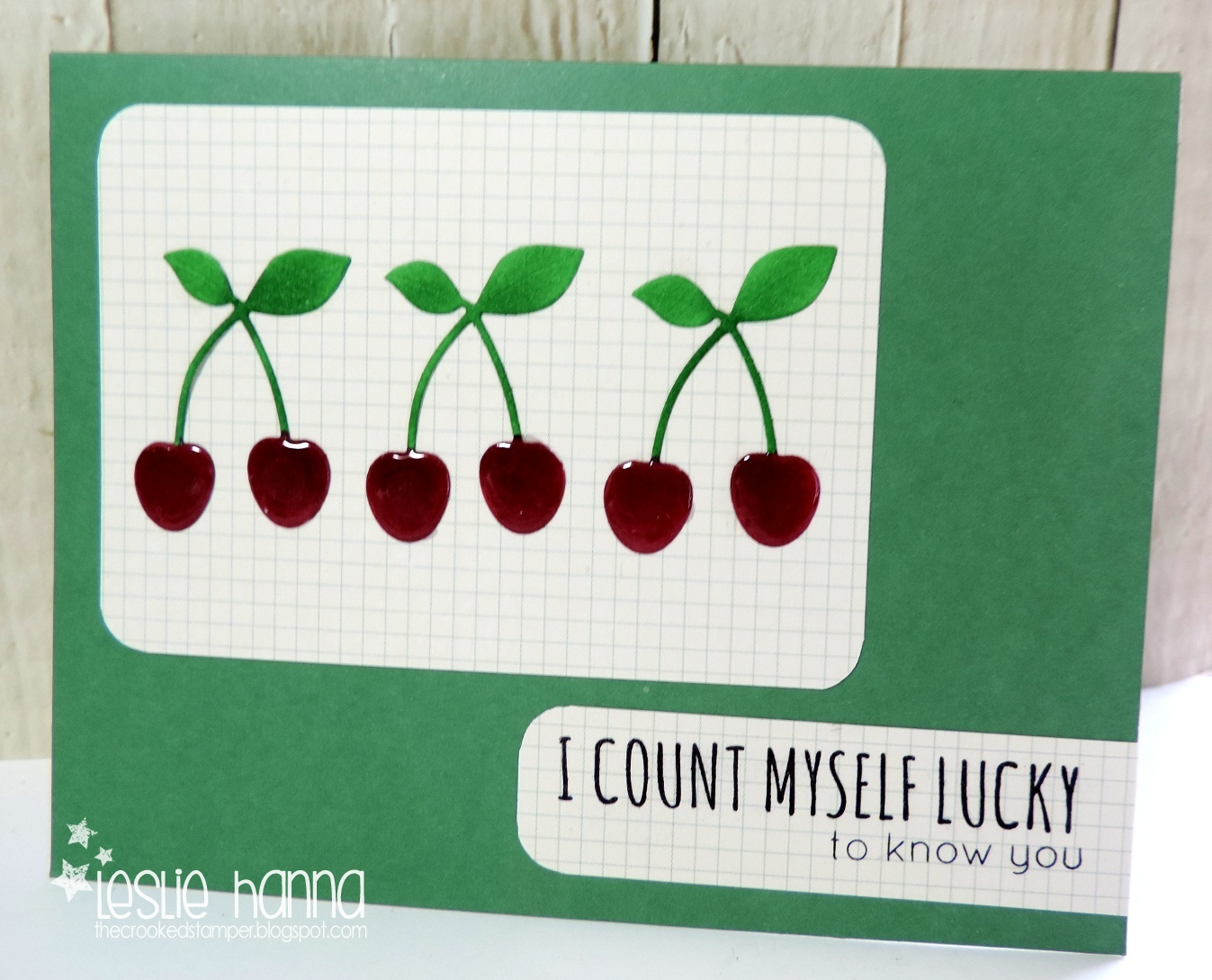 Any gradient in the leaf coloring is purely an accident, as I only used one color each of green and red. I told you I can't color. When I was done I added Glossy Accents to the cherries, mostly because I could, but also because I like the shiny. :)

In-season cherries are the BEST. I used to eat them during my markets back in Maryland. I much prefer the sour to the sweet, like you care. I only bring this up since I can't find the sour ones here, just sweet. :(

I have two more cards left from last weekend that I'll share tomorrow. Then I'll be forced - FORCED - to make something new. Sigh.