To Fill The Box

One of today's tasks was to pack up my box of cards for OWH. I normally put them in a cloth bin/box as I make them, then periodically stamp the backs, put them into envelopes, and put them into a flat-rate mailing box. Once the box is full, I divide them by theme (Love, Birthday, Miss You, etc.), count them, prepare the packing slip, and head to the Post Office to mail it.

But I've been lax lately, and I had a tower of cards waiting to be stamped, stuffed into envelopes according to procedure, and boxed. When I was done, I had 210 cards in the box, and the box wasn't full. So off to the craft room I went, intent on making OWH-worthy cards to fill up that box.

I took my stack of current and not-so-current challenges with me, hoping some of them would jump-start my mojo, and I also planned to use some of the paper I saved from the Card Stock Re-Org. If I saved it, I should use it, right?

Here's what came out of that effort. First, a card that has been on my desk for the better part of a week: 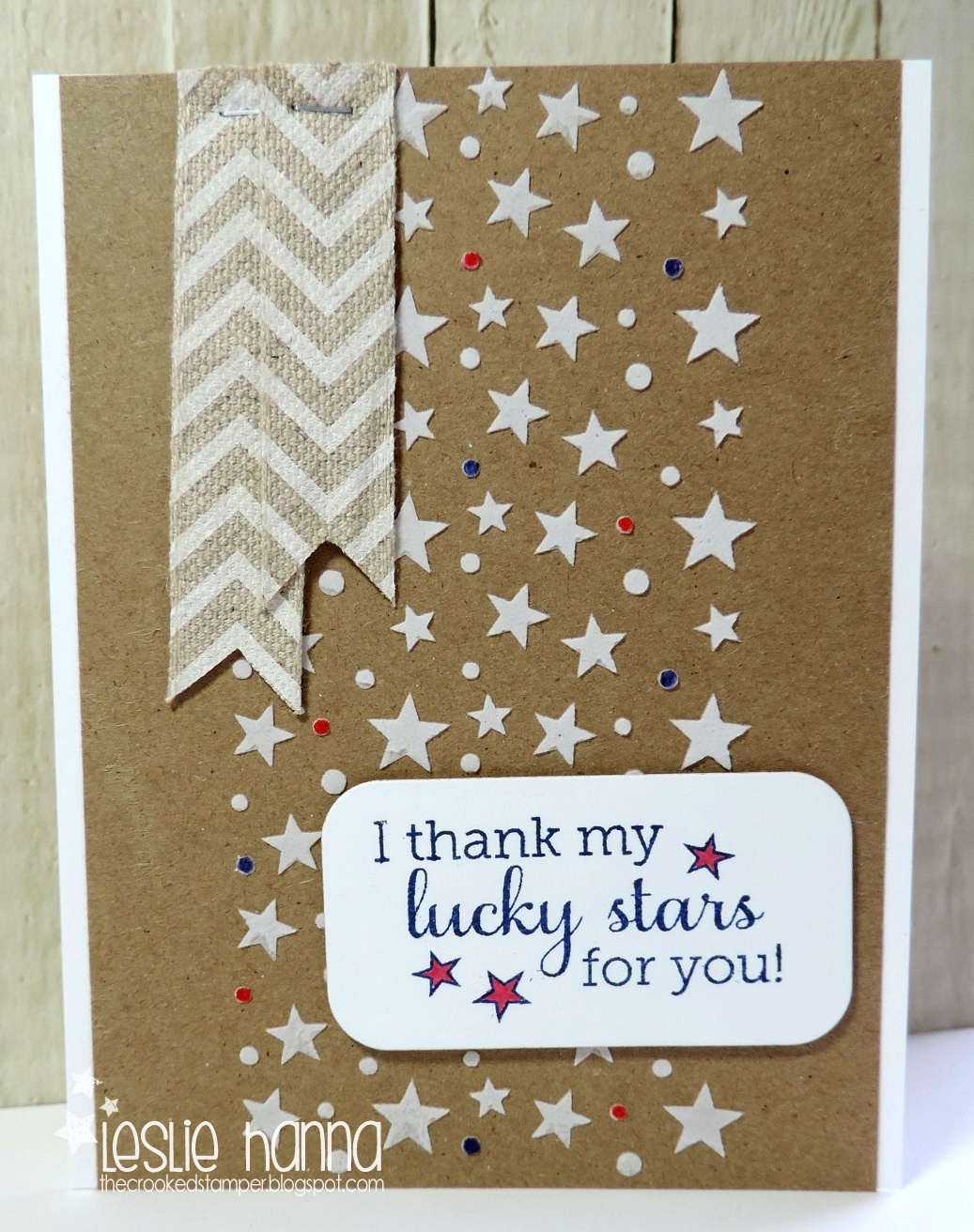 This started out as a piece of Hero Arts Kraft card stock with stars stenciled down the middle. The embossed panel sat on my desk for days. Then my recent SU order arrived *ahem* and it included some cool rustic chevron ribbon that I thought would be perfect with Kraft card stock, so I added some to my panel. Then it sat there some more. I was pretty much sick of looking it by today, so I added a sentiment stamped in Hero Arts Navy and colored the stars in the image with a red Sharpie. It was still missing something, so I colored a few of the embossed circles with red and blue Sharpies, and called it done.

The card layout was inspired by this old sketch from Paper Players: 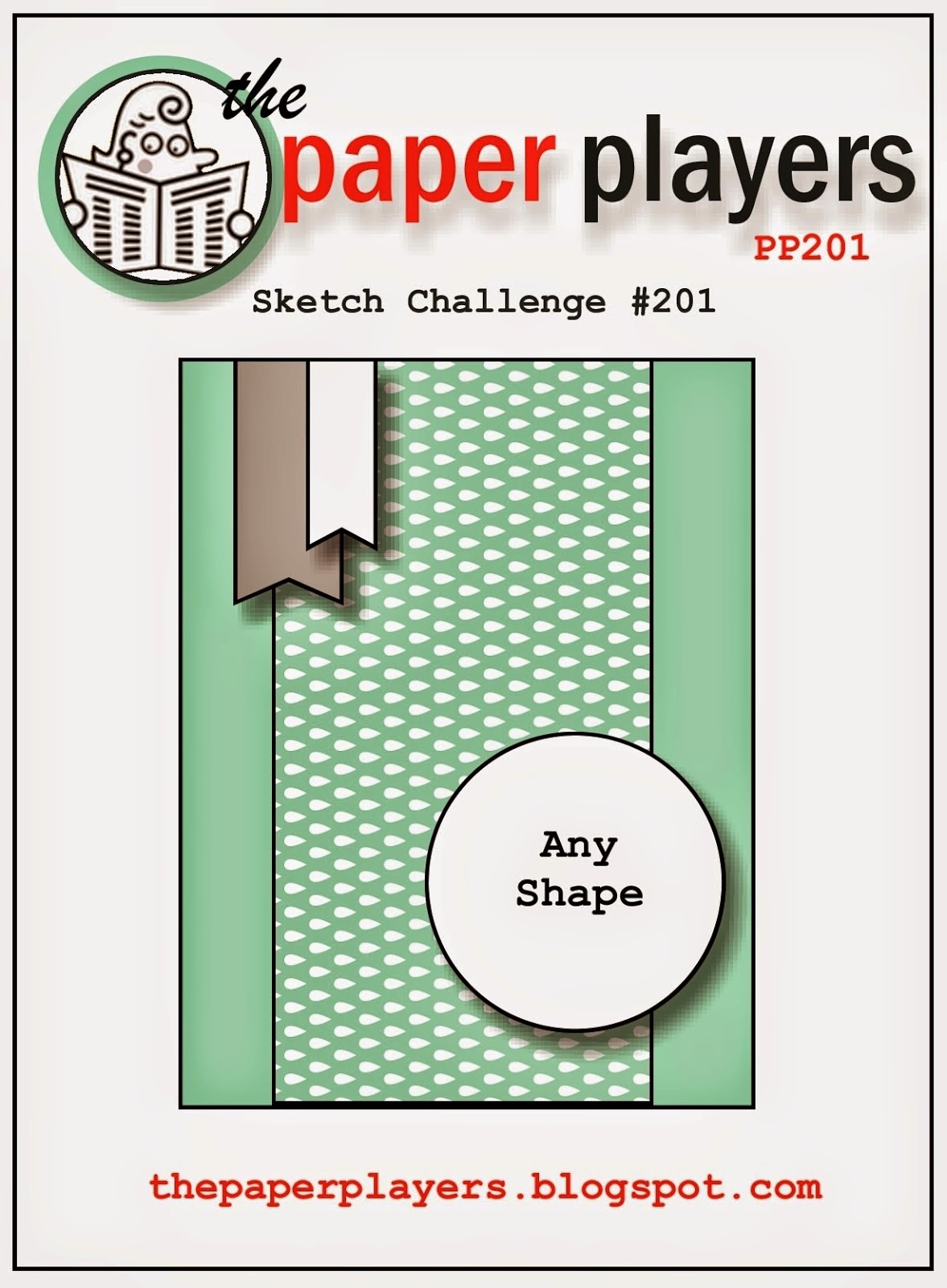 Next, I had some remnants of striped paper left on my desk, and I'd decided it went well with a set of green textured note cards I got in a recent "here, store this in YOUR craft room, just get it out of MINE" episode. The striped remnants and one card base were languishing, begging to be finished. I made this: 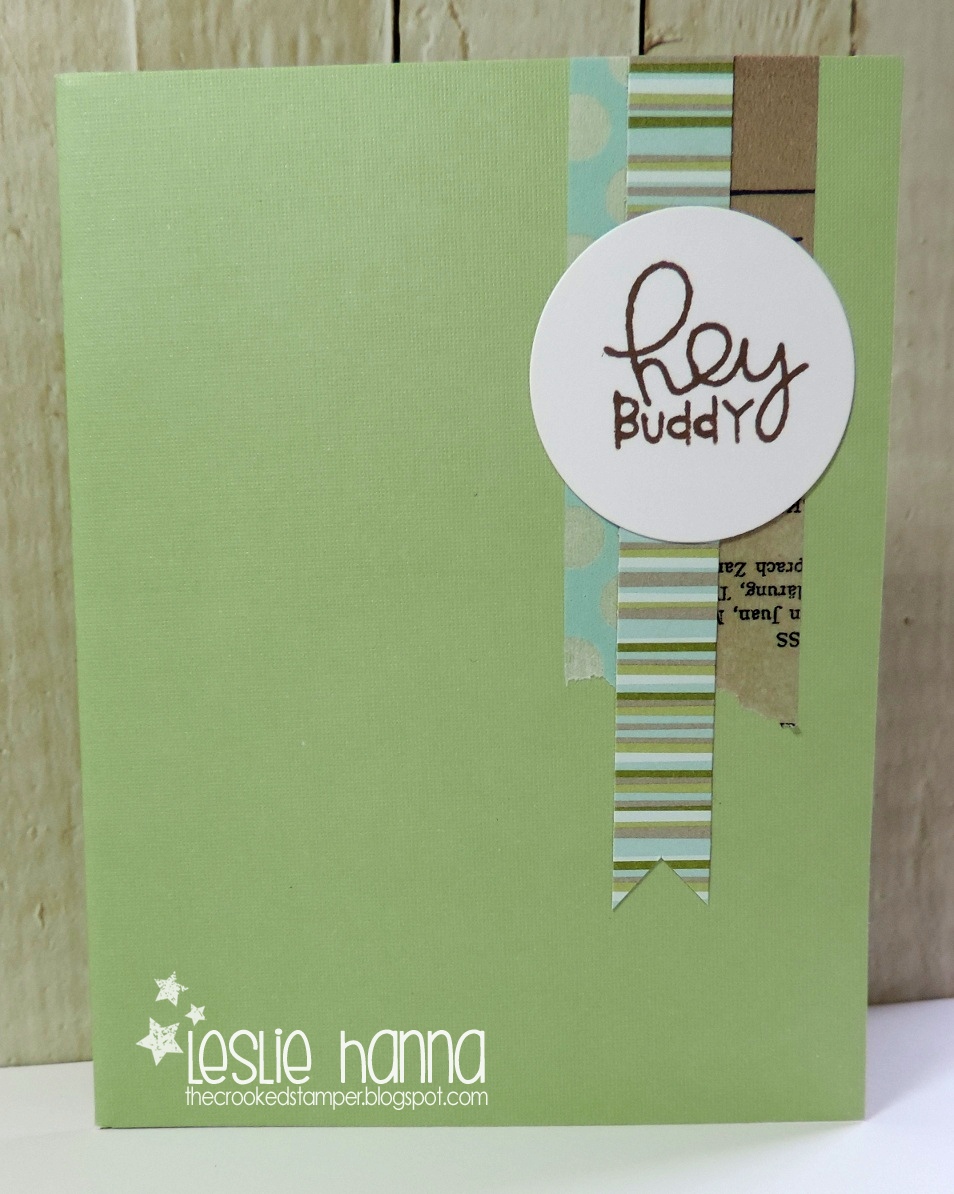 I pulled out some washi tape that I felt went with the paper, then trimmed down the striped paper and put it on top of the tapes. The placement of the washi tape was influenced by an old sketch from Sketch Saturday: 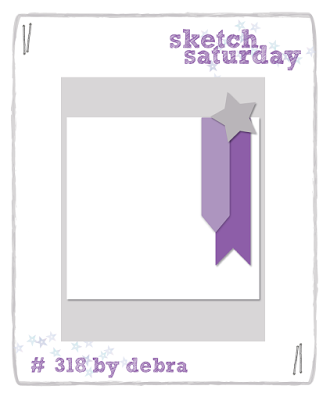 I didn't use the center panel from the sketch, just the vertical elements. I added a sentiment in a die-cut circle and called it done. I made five of these.

Next, since I was in washi tape mode, I pulled out a 2-roll pack of Recollections tapes, opened it, and used them to make this: 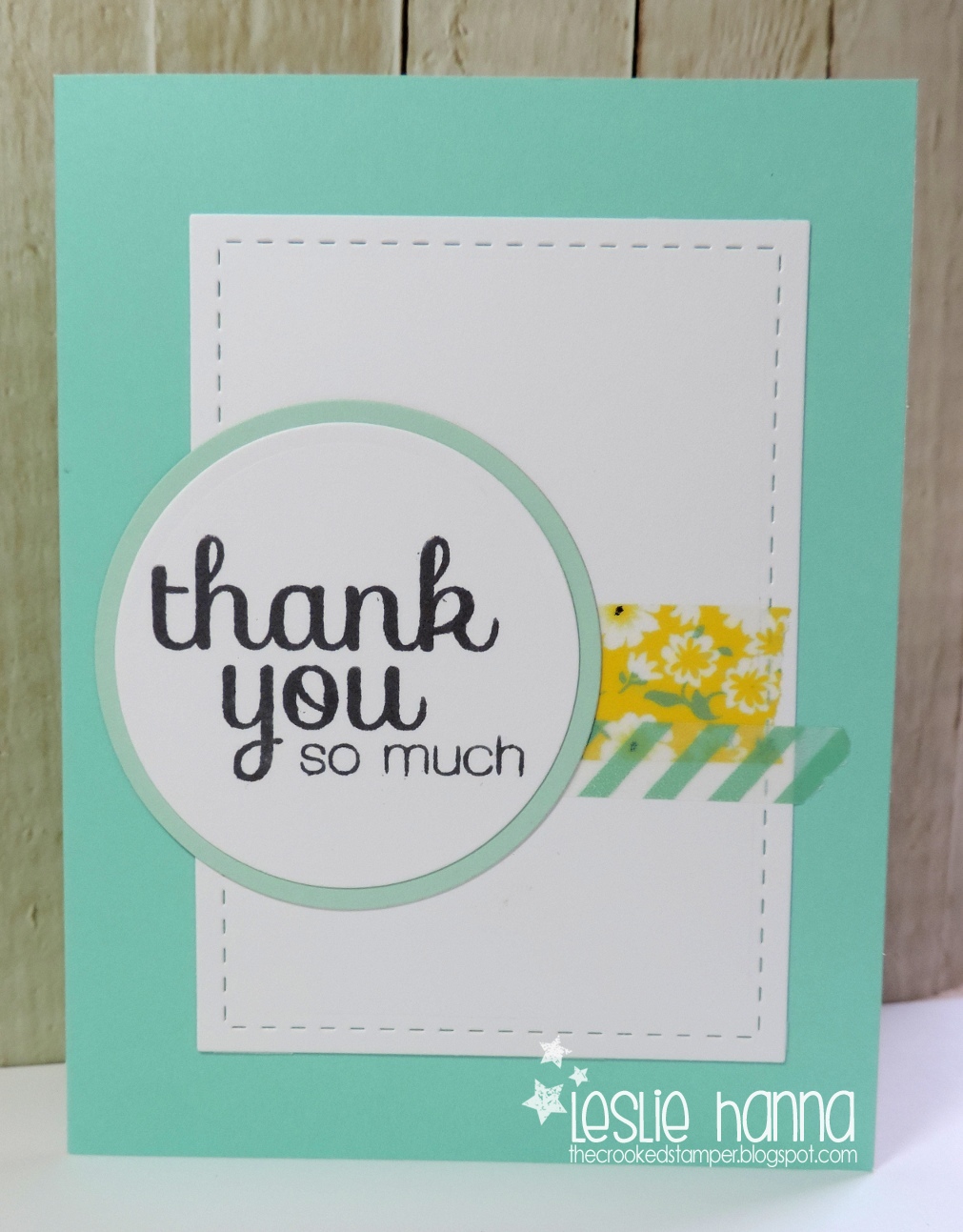 That roll of striped tape was declared to be a perfect match for Hero Arts Pool cards, so that's what I used. I die-cut the white panel with one of my Lil Inker Stitched Rectangles dies, then applied the washi tapes. I stamped the sentiment on white, then die-cut it with Spellbinders' Standard Circles dies, and cut a layer of one of the mixed Pool note cards (Shallows, I think) to mat it.

I made two with those color, and two with another of the Pool colors: 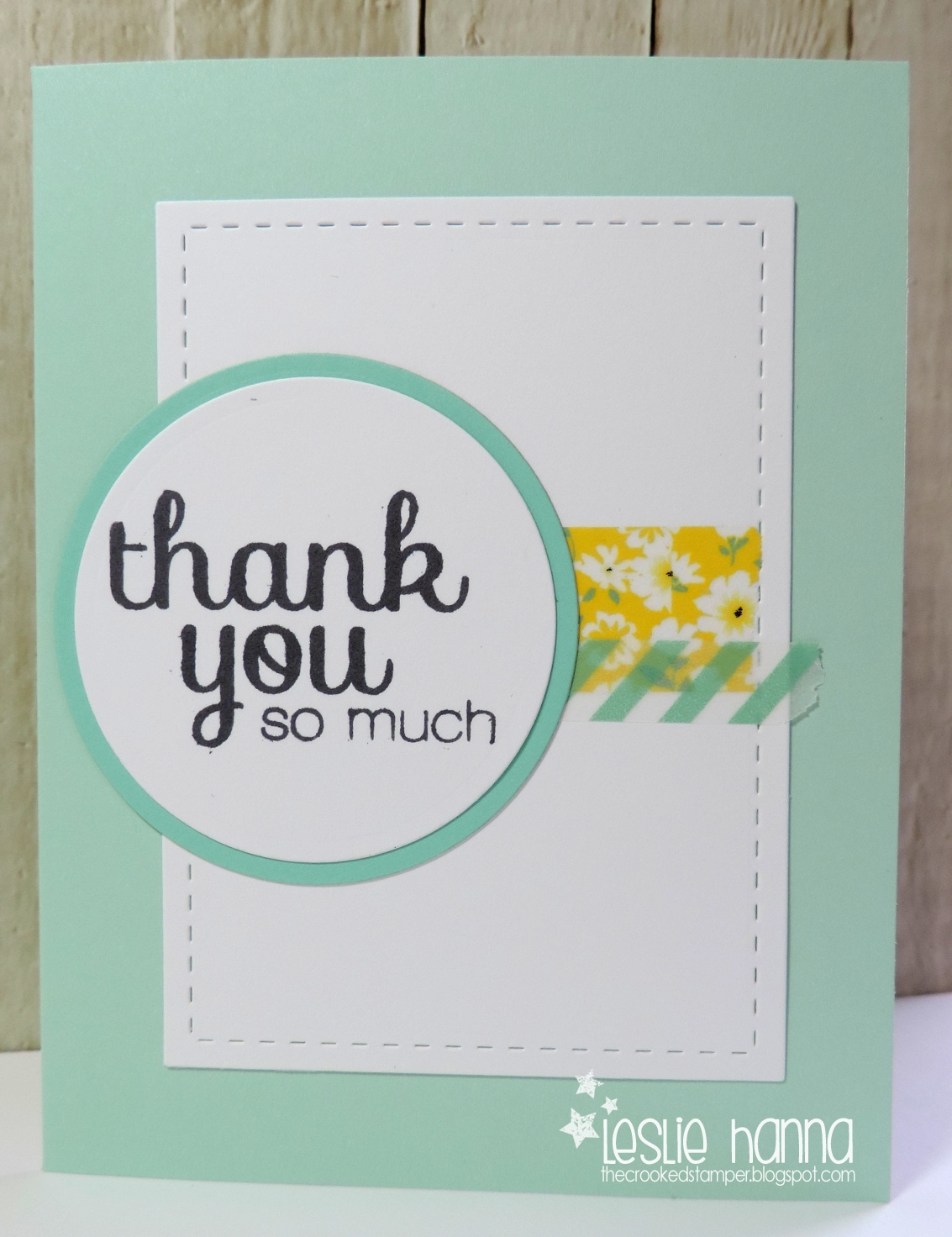 I am obviously in a rut with this color.

For these cards, I followed the current sketch for Freshly Made Sketches for the design: 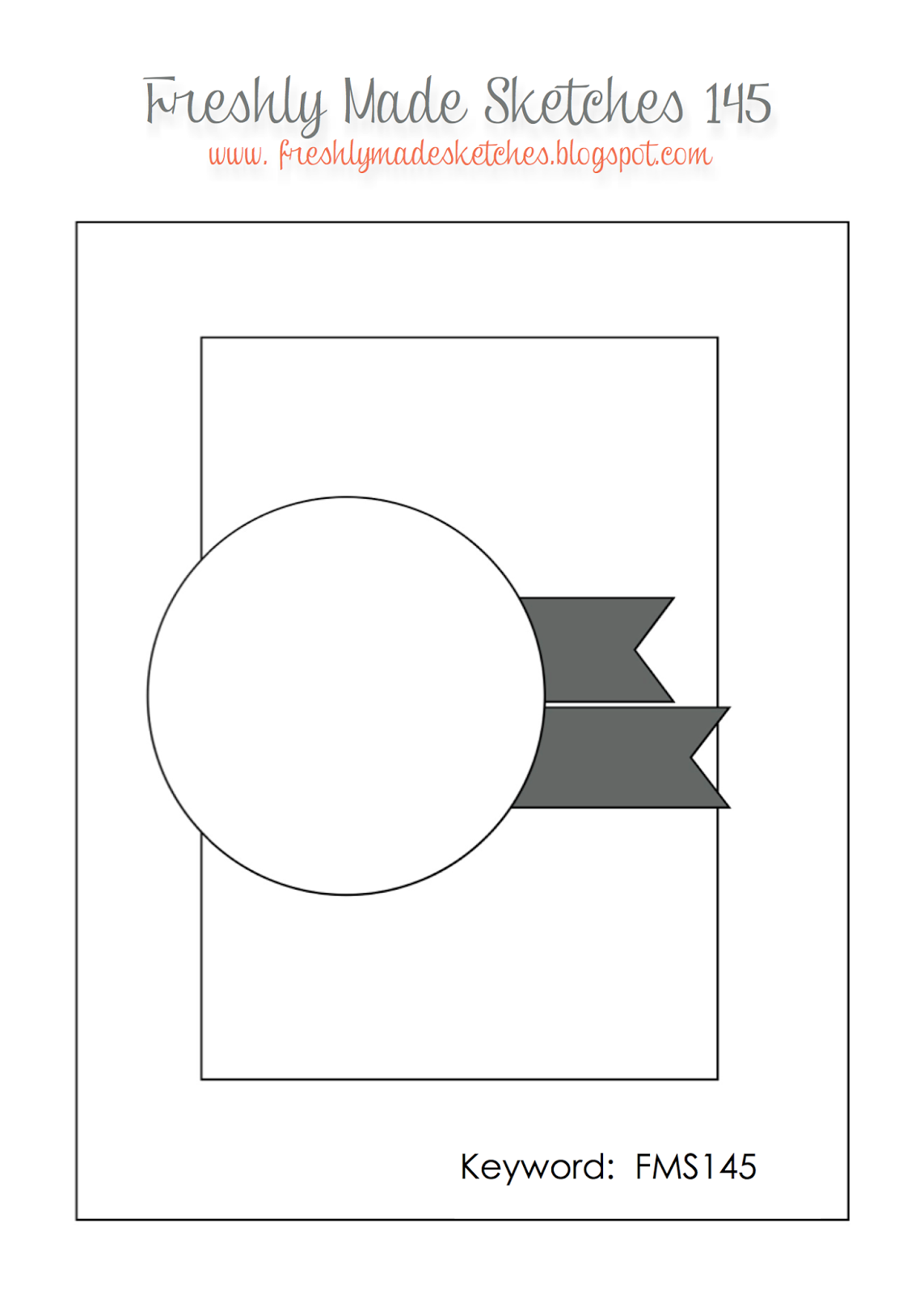 And for the last one (yes, almost done!), I made this: 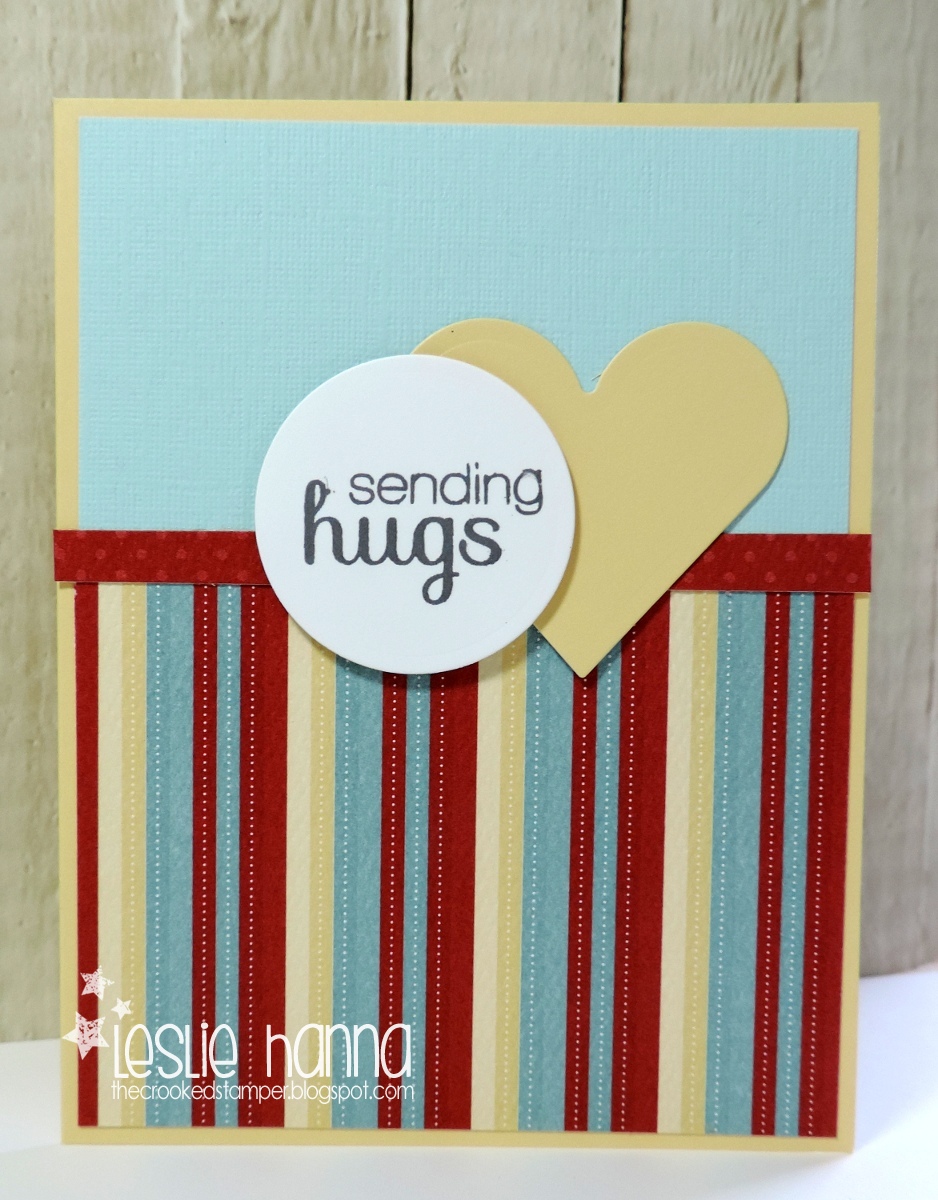 That gorgeous striped paper is some old card-stock-weight DSP from Stampin' Up! I think it was called Slumber Party. This could be a glimpse into my Demonstrator past, and why I might be stuck on these colors, even today. Apparently it's been going on for quite a while.

The blue card stock at the top is not part of the DSP pack, but it (along with the Slumber Party paper) was in my Remnants box that survived the Card Stock Re-Org, and I declared it to be close enough to work.

The base is a Hero Arts note card from my previous "store these in your house, please" episode. I'm making a dent in them! In fact, I used all but one of the yellows, because I made six of these.

I was following the sketch part of the current Fusion challenge: 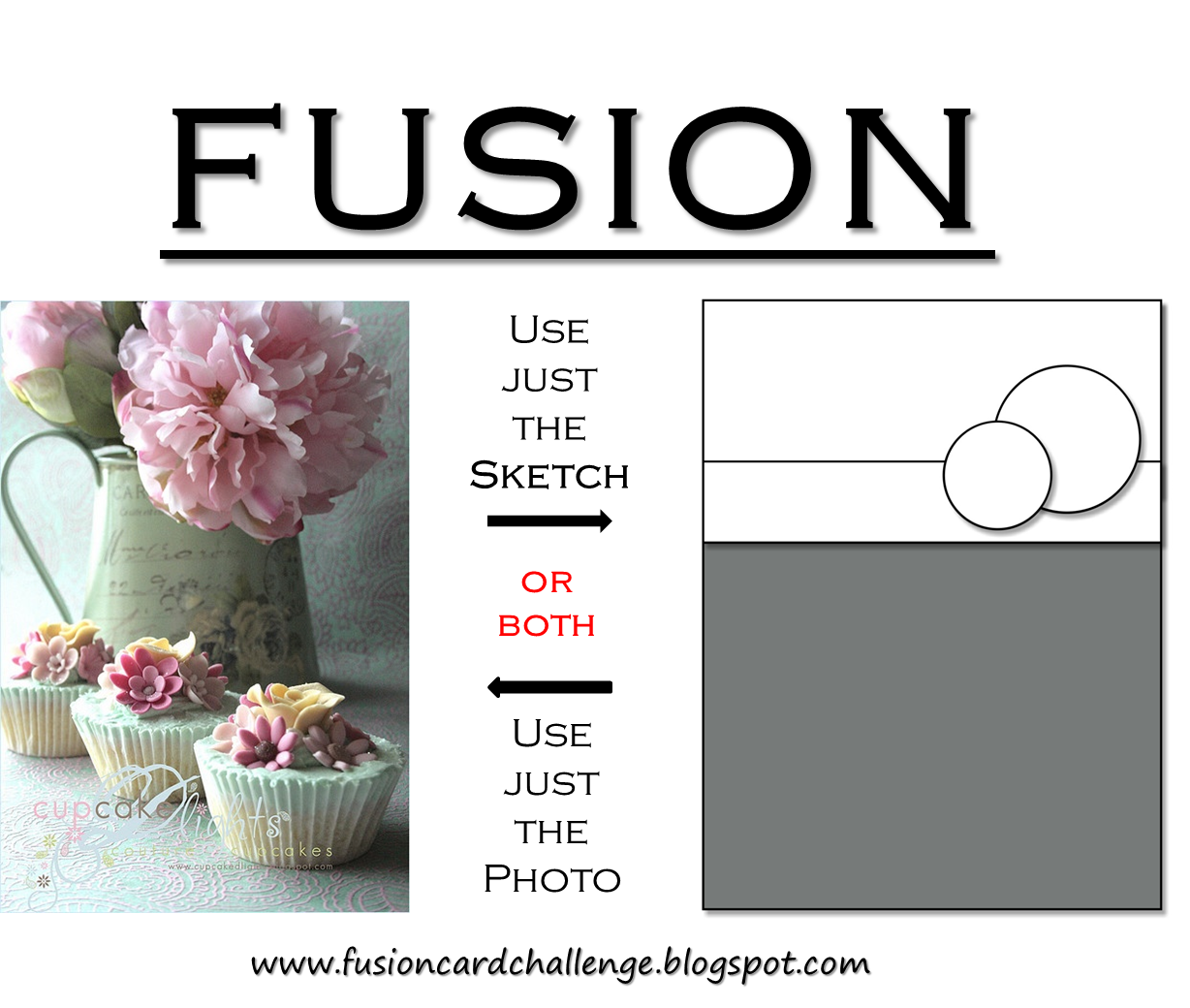 So that's 15 more cards for the OWH box, which probably isn't enough, but not bad for a Sunday afternoon, eh? I'll check out Monday's challenges to see if I can get any more ideas to use up some of my Heaplets and Remnants and get this box to the Post Office.