I decided to combine two challenges today - this week's Moxie Fab World: Tuesday Trigger: Stripe-tastic and WOYWW (What's On Your Workdesk Wednesday). To save all the Moxie Fab peeps from having to look at my desk, I'll do the challenge first, then move on to The Reveal for WOYWW. 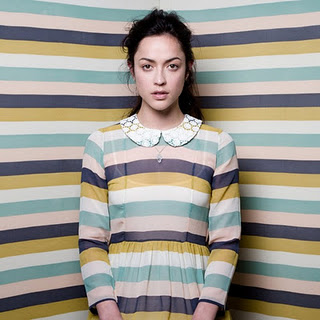 Isn't that amazing?! And here's my card: 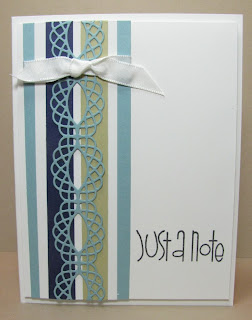 I chose the stripes, which I declared to be Concord Crush, River Rock, Baja Breeze and White. I also chose the Peter Pan collar with circles on it and used my MFT Dizzy Border die for that element.

That handsome taffeta ribbon hides the results of an unfortunate un-sticking incident that I really don't want to discuss right now, but I WASN'T starting over! Hmph. Oh, and the sentiment is from Paper Smooches.

Okay, time for the desk reveal for WOYWW: 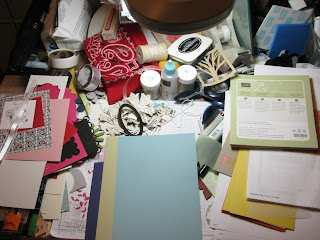 Yeah, I know it's Thursday over in the UK already, but it's still Wednesday here! There is a lot of, er, stuff here, mostly projects in progress.  Front & center are the pieces of card stock that became my Tuesday Trigger card above. To the left are some parts that are in the process of becoming a (gasp) Valentine's Day card. Everything else is pretty much still here from the last time I took a photo. See that bandanna? Yep, still there.

In other news, the Analyst in me has planned a controlled test. One of my peeps wants to open an Etsy store, but she's afraid her cards are too floofy and fat to mail without being destroyed. BAH, I say, BAH! So I said I'd make a floofy card (HAHAHAHAHAHAHA, yes, I know, pretty funny, eh?) and mail it to her so she can see that she's worried about nothing. So stay tuned for that. I might have to take out some of my Webster's Pages floof for that effort. I'll be sure to warn you before I post it.

I'm off to finish that Valentine's card. I can't believe I made one ...