In a desperate effort to convince myself my heat-of-the-moment purchase of the A Muse Studio Burano paper AND ink AND ribbon wasn't a total air-head moment, I played again the other day and made this: 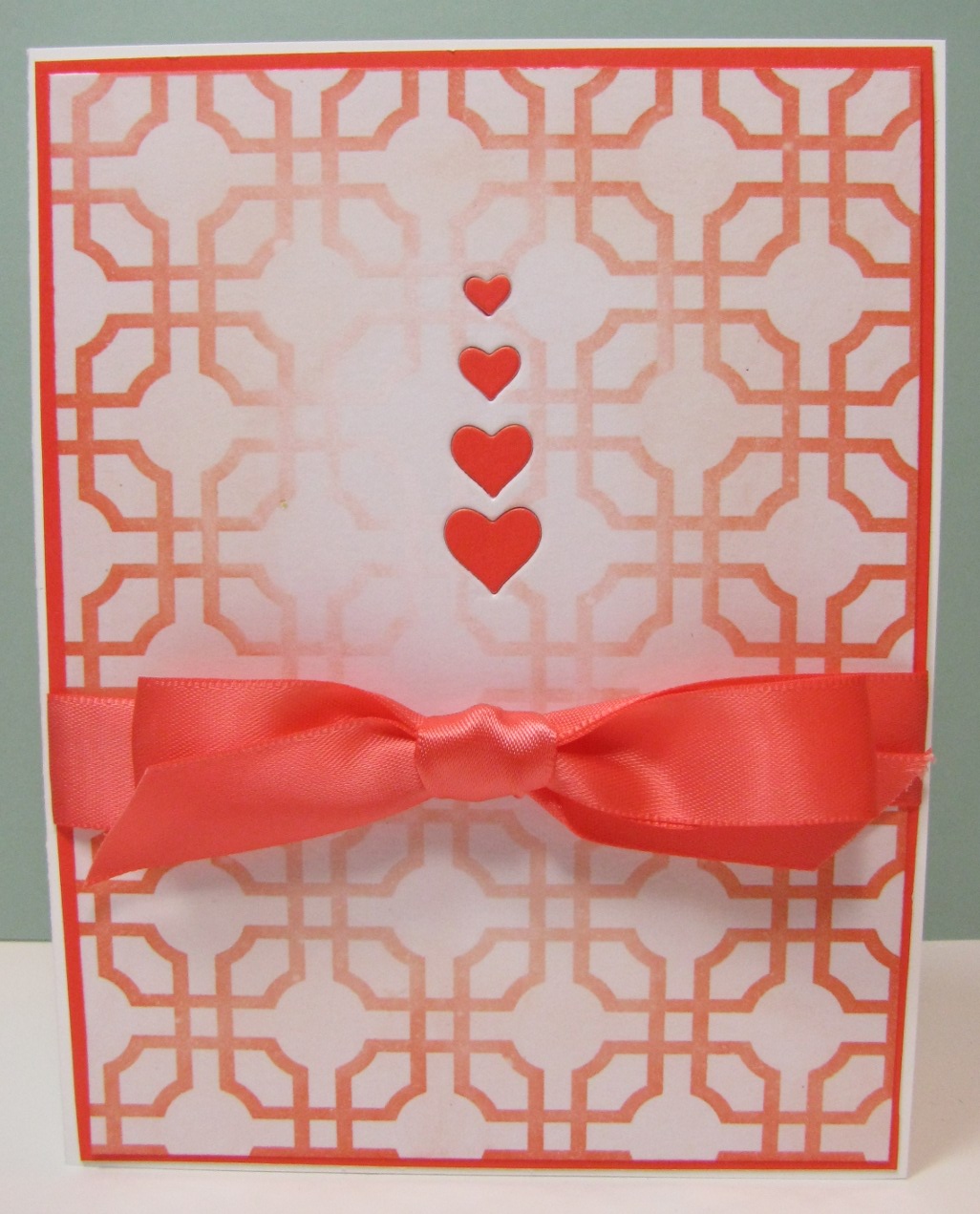 That cool paper is Heidi Swapp Color Magic, that I also bought in an I MUST OWN THAT moment, and have used maybe once. This makes twice.

I applied the ink with a distressing tool to the edges of the magic paper and let it fade into the center. I wanted it boldest on the outer edges.

Are you wondering how I did those hearts and got them straight? Ha. I found I had two of the Simon Says Stamp HOLIDAY SHAPES Hearts Stars Craft Die, so I cut one in half. Well, actually I bent it until it snapped. I also figured I'd never want to cut hearts and stars at the same time, so even if I only had one of them, I'd still have cut it in half. So all I did was place the hearts section where I wanted it and cut. No problem.

I also cut some hearts from the Burano card stock before I'd decided to add a Burano layer, so in theory I could have skipped adding them, but I like how they are now flush with the white surface. I have now disqualified this card from any of the negative space challenges this week. Pffth. I think I'll work on last week's challenges anyway, so there.

Oh, and because I could, I also added some Burano ribbon, thus justifying my entire purchase. I also just realized how amazing this would look with black. I need to try it. 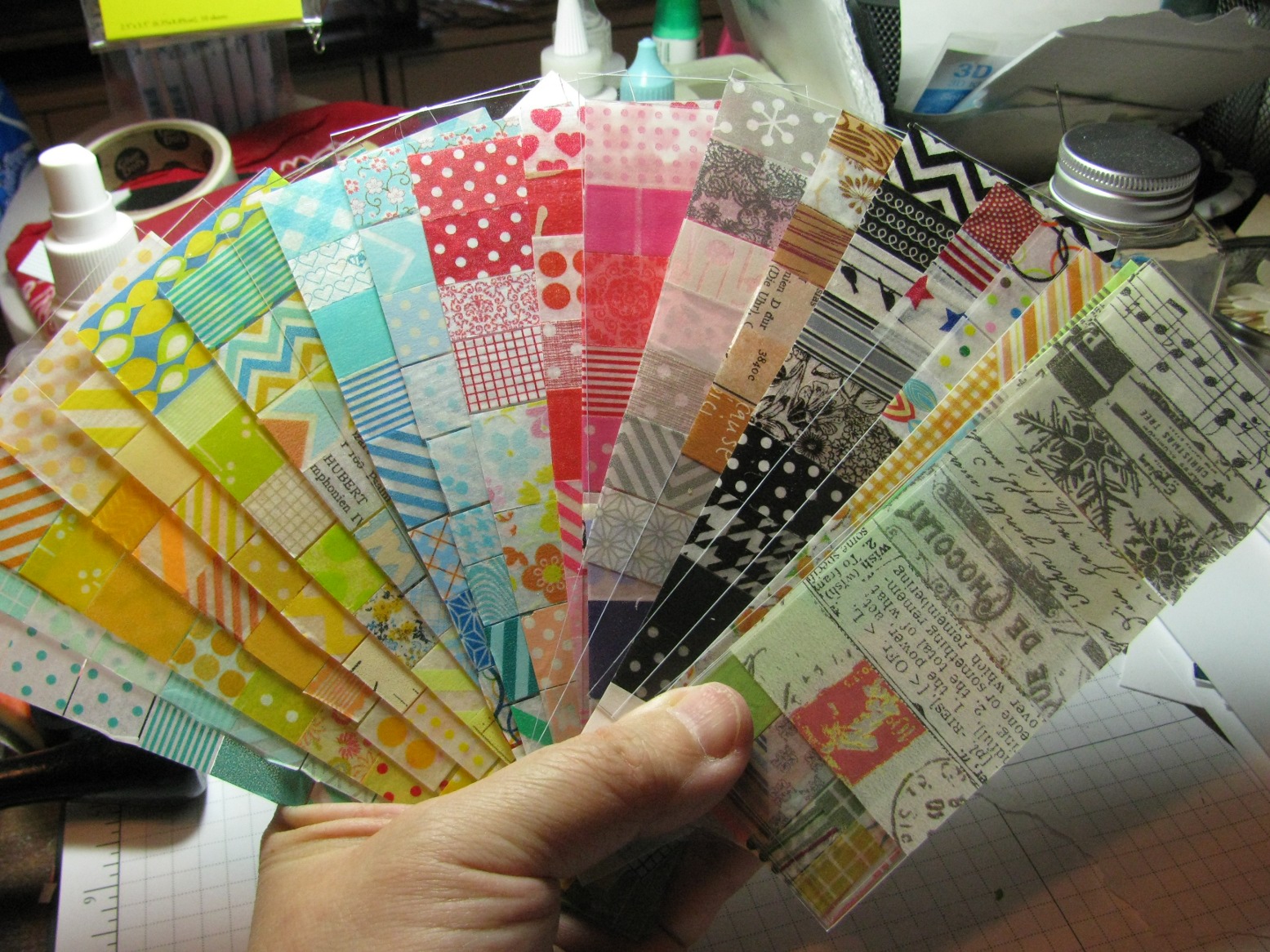 This was not my idea, but I used it because it was so fabulous. When I made my ink sampler I punched 4534566 tags from card stock and stamped an image on each of them, one for each color of ink I have. It's nice, but the thought of doing it again made me a little more nuts.  Someone applied their washi tapes to punched pieces of vellum, but still, the punching ... Plus, I don't have a source for all of them, so what's the point, right?

One of my other peeps - Linda, of LindaTraceDesigns - used strips of acetate for her washi sampler and applied bunches of tapes to each of them. NO PUNCHING! I loved the idea, so that's what I did here. I did the best I could to group them by color. As Linda said, you usually know which color group you want, so you can grab that strip (or 2 or 3) and select what you need. I have the names of the companies written inside some/most of the spools, so I didn't need the reference here, too. Oh, with the black collection, where it looks like there are repeats -- you're just looking though clear sections of acetate waiting for their new brethren and sisteren to arrive. *cough*

Okay, I'm off to review the handy voting material so I can be informed for tomorrow.