It's Tuesday, and that means it's time for another Shopping Our Stash challenge. This week's theme is Best Deal Ever. We'd like you to create something using one of your best bargain finds or "had to have it" purchases (and be sure to tell us what it is).

You know you've fallen for it, maybe more than once, even. You know that deal that's just too good to be true, and even though you don't need it, you NEED it, am I right? Well, let me tell you a little secret about me: I don't shop*. I cannot be lured into a store by a coupon. I don't care if it's 20% off my whole order, because I don't NEED anything. Plus, I detest shopping, and the thought of going into a store makes me curl up tighter on the couch.

Secret #2: I don't subscribe to store newsletters.I don't need to know what's on sale today, because I DO NOT NEED IT.

So one day, I found this site called Pick Your Plum, and I signed up. I must have been really, really sick that day, or delusional, or drunk. But sign up I did. It's a daily email with the Deal of the Day. GAH! What sucked me in I think was the washi tape. I was weak.

Luckily for me, I would never use most of the stuff they have, but one day ... it was spools of lace. Colored lace. For like next to nothing. I shopped. 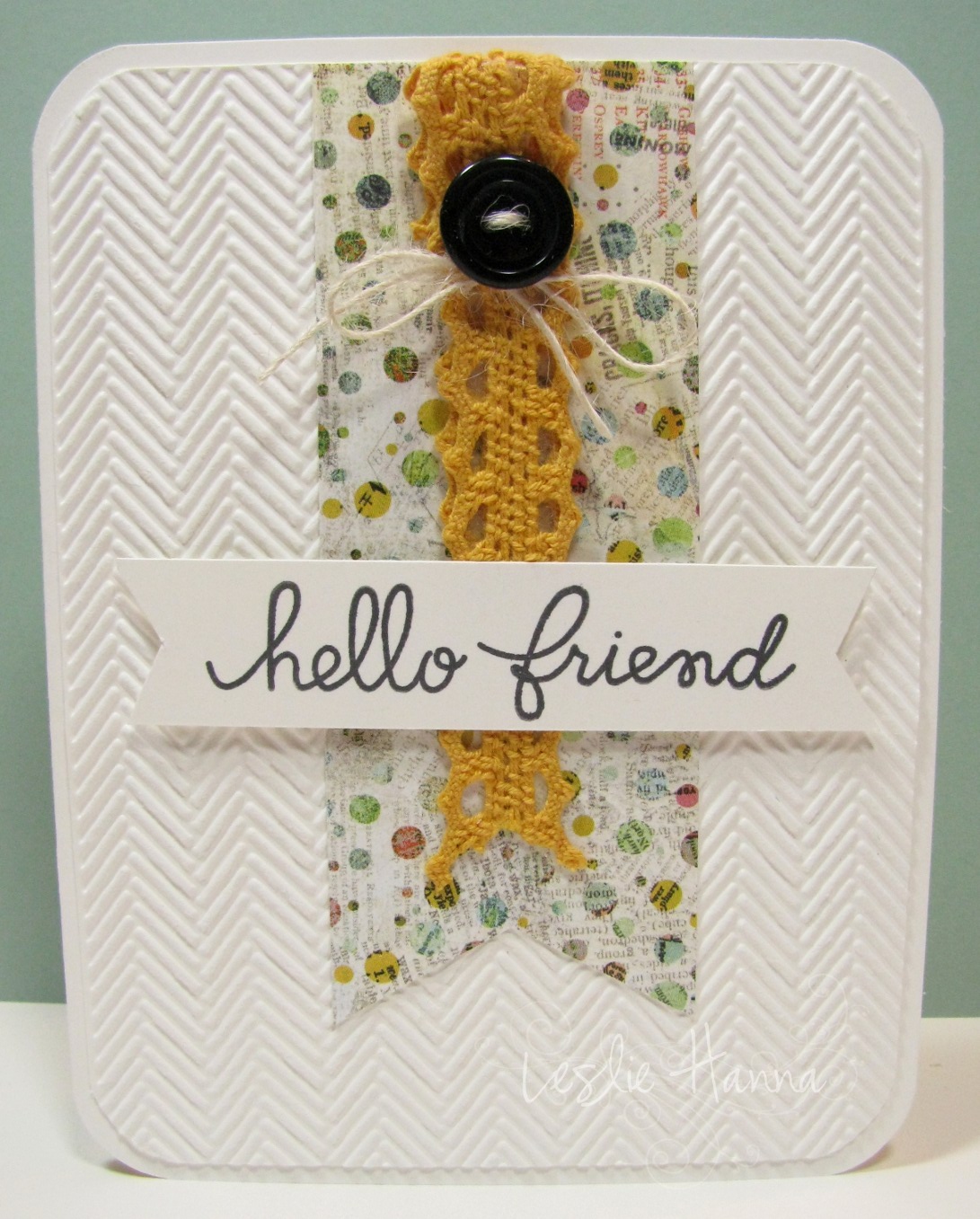 See that lace? I detest it. I have spools of it, in many colors. I cannot disappear it fast enough. I was all over this challenge.

My card was inspired by this one by Cristina Kowalczyk that I saw on Pinterest: 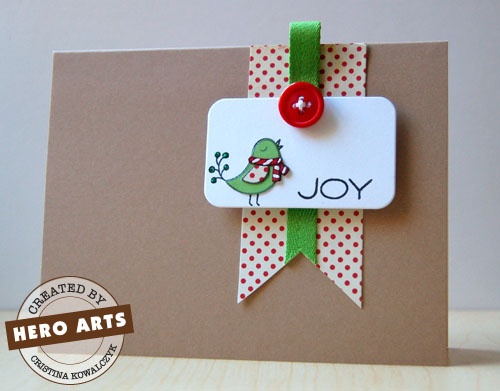 Mine is NOTHING like hers, But my brain remembered the paper banner with the ribbon looped on top, so I took away the idea of using my lace on top of a paper banner.

I actually made three other cards at the same time. Here's another one: 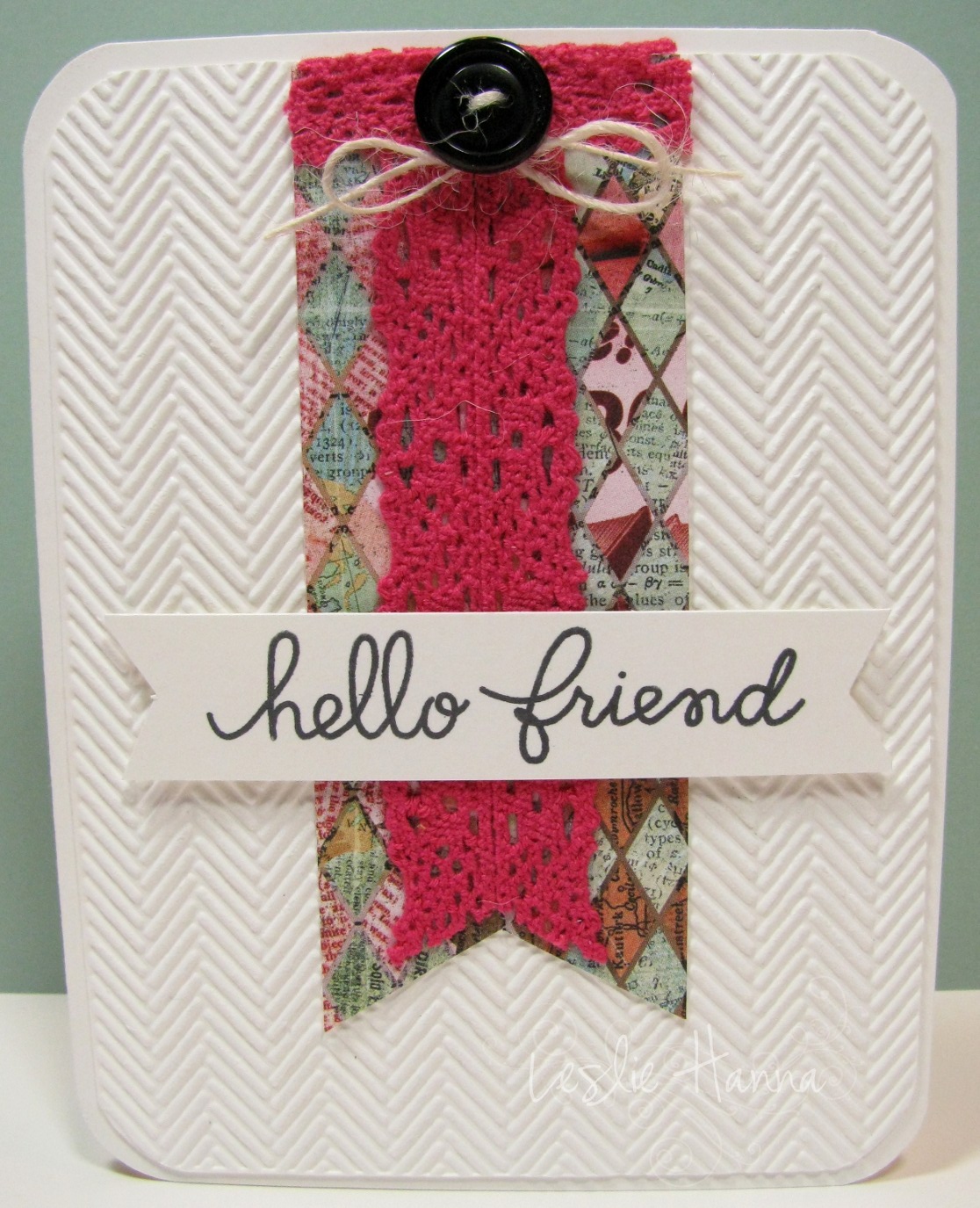 Same idea, just a different color lace and different paper. Why do I not like this stuff? It's cheap (inexpensive) for a reason: it's cheap (not the best quality). I think it would be okay if it didn't come already stuck to a strip of permanent double-sided tape. I can't get the stuff off, so making loops with the lace is out of the question. Like this one: 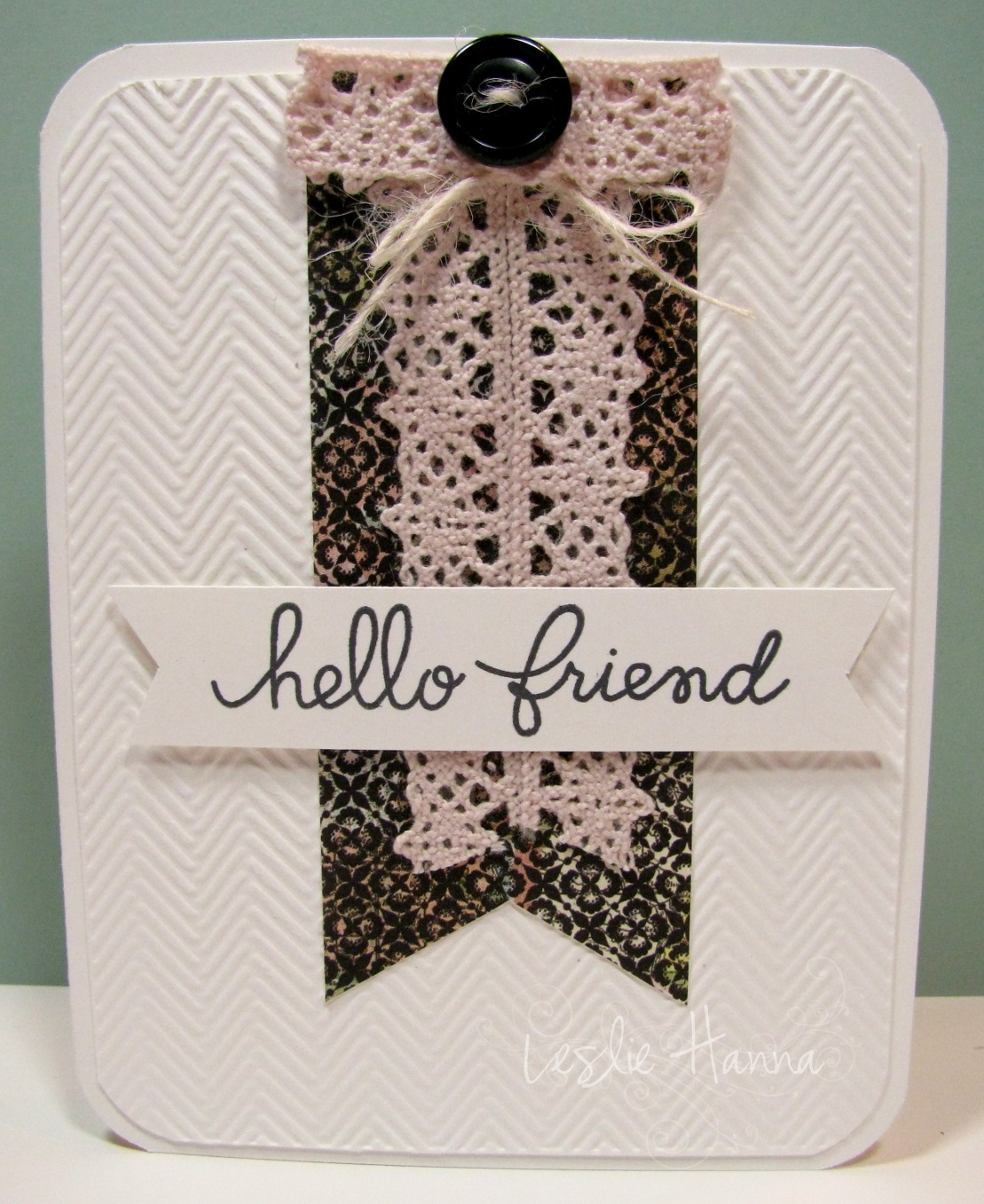 See that piece of lace at the top? I covered the tape with some non-stick powder and looped the lace, then it promptly stuck to itself. Boo. On a brighter note, though, I also discovered it wasn't symmetrical, so in order to run it down the center of the paper banner, I got to use twice as much of it by putting two strips back-to-back. yay

And the last one: 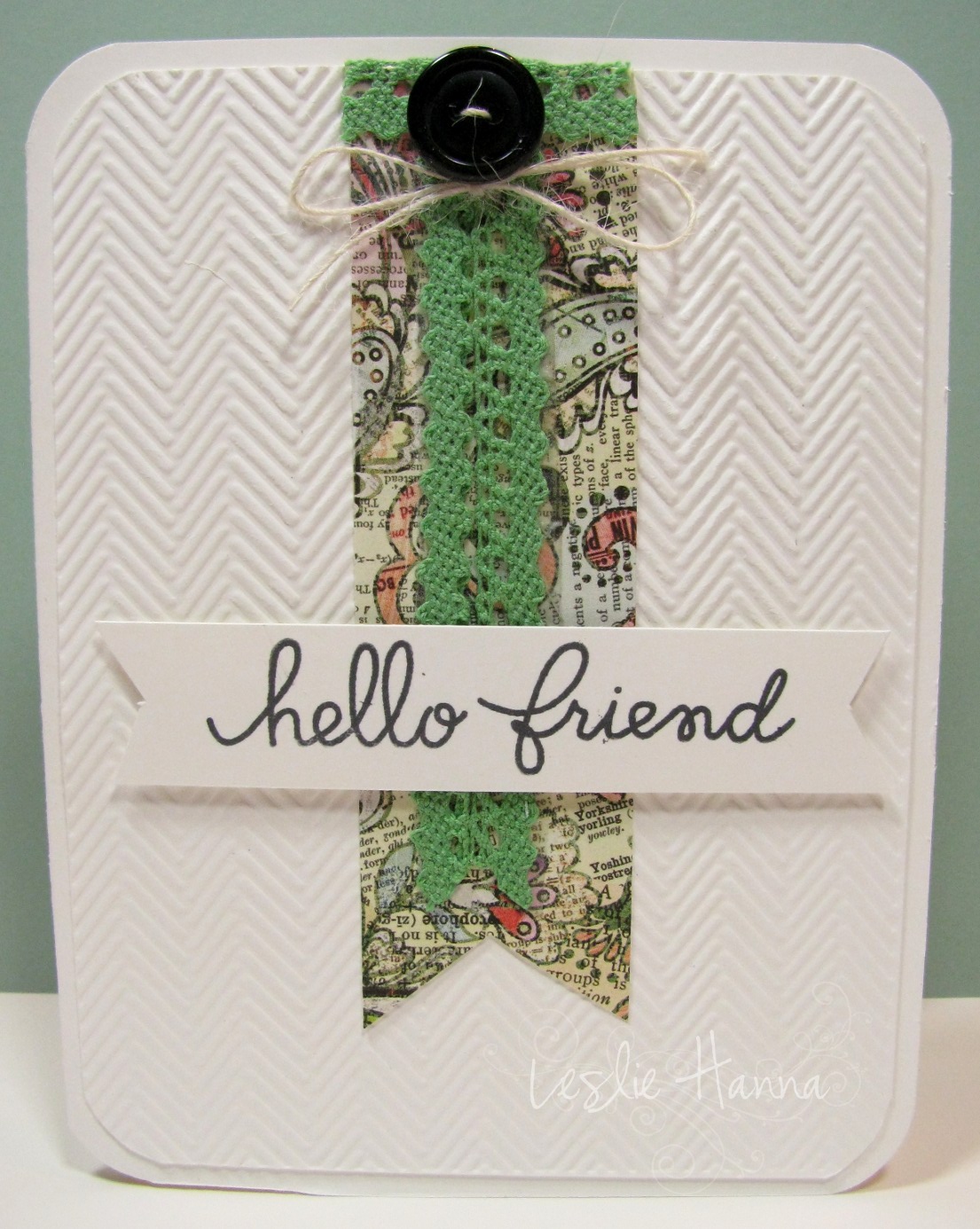 In addition to a few strips of lace, I also disappeared 4 black buttons and 4 strips of paper remnants from my Basic Grey Out of Print 6x6 pack. I also used my Cuttlebug Herringbone embossing folder, mostly because it was still out. :)

Now it's YOUR turn. Think about something (or multiple somethings - ahem) in your stash that were either bargain finds or "had to have it" purchases, use it on a card, post it somewhere (and be sure to tell us what your Best Deal Ever item is), then come back to Shopping Our Stash and link us up so we can see what you've made!

*I do not shop IN STORES. Heck, I even detest grocery stores. Online shopping is a different matter entirely. Just sayin'.