Tonight I played with more strips of paper, triggered by this card I saw on Pinterest. (link is to the actual original blog post) Well, I started with that idea, but this is what came out: 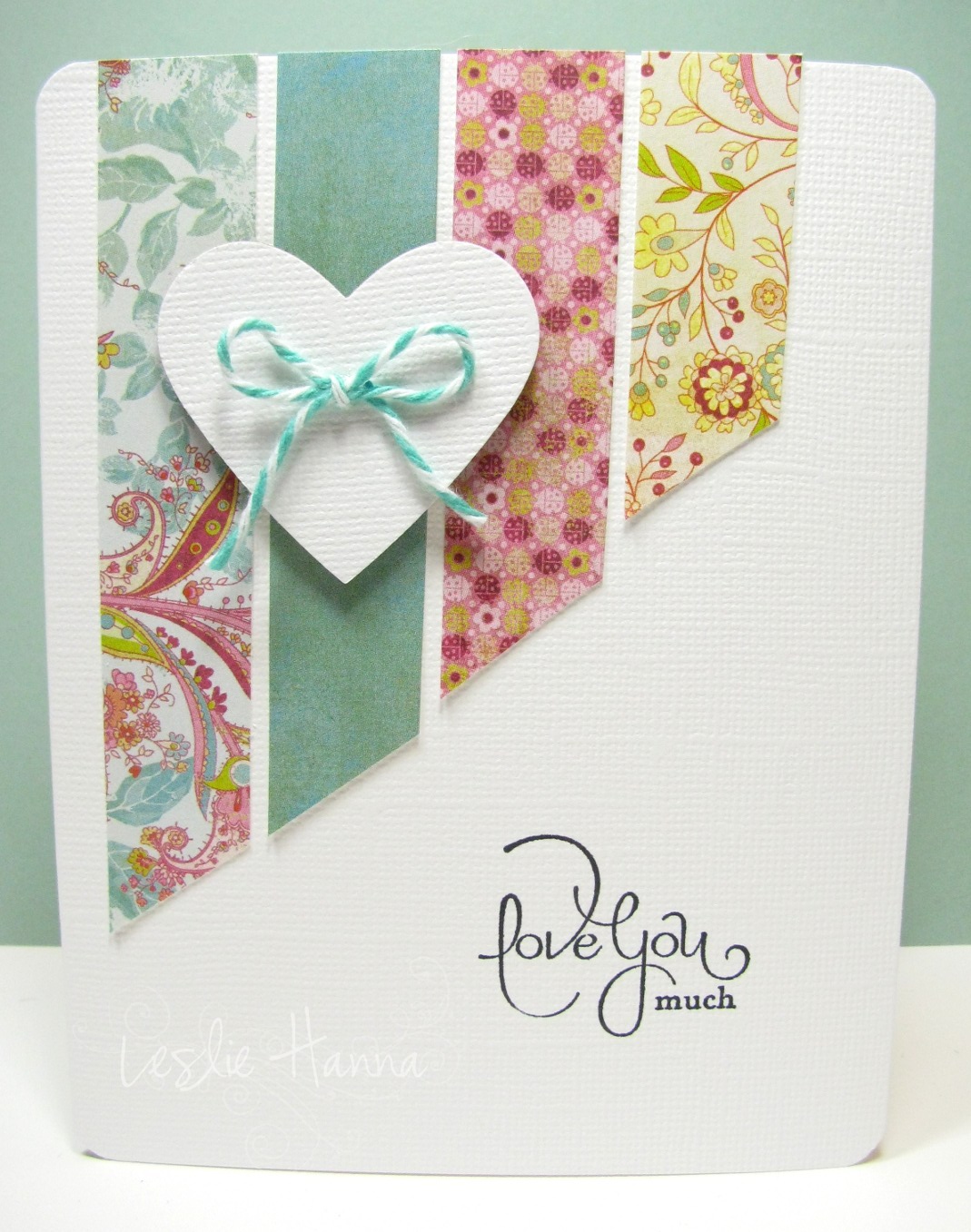 Yes, I called these not-banners. :)  I cut strips of paper from my Basic Grey Lemonade 6x6 paper pack and started, you know, sticking them to white card bases. I tried to get four papers that sortof went together, both color-wise and pattern-wise. Where the original card had two hearts, I opted for one, says Captain Obvious. I did, however, punch more hearts out of a piece of thin chipboard/packaging stuff and put two of them behind the white heart for some heft.  The heart is popped up on dimensional adhesive. 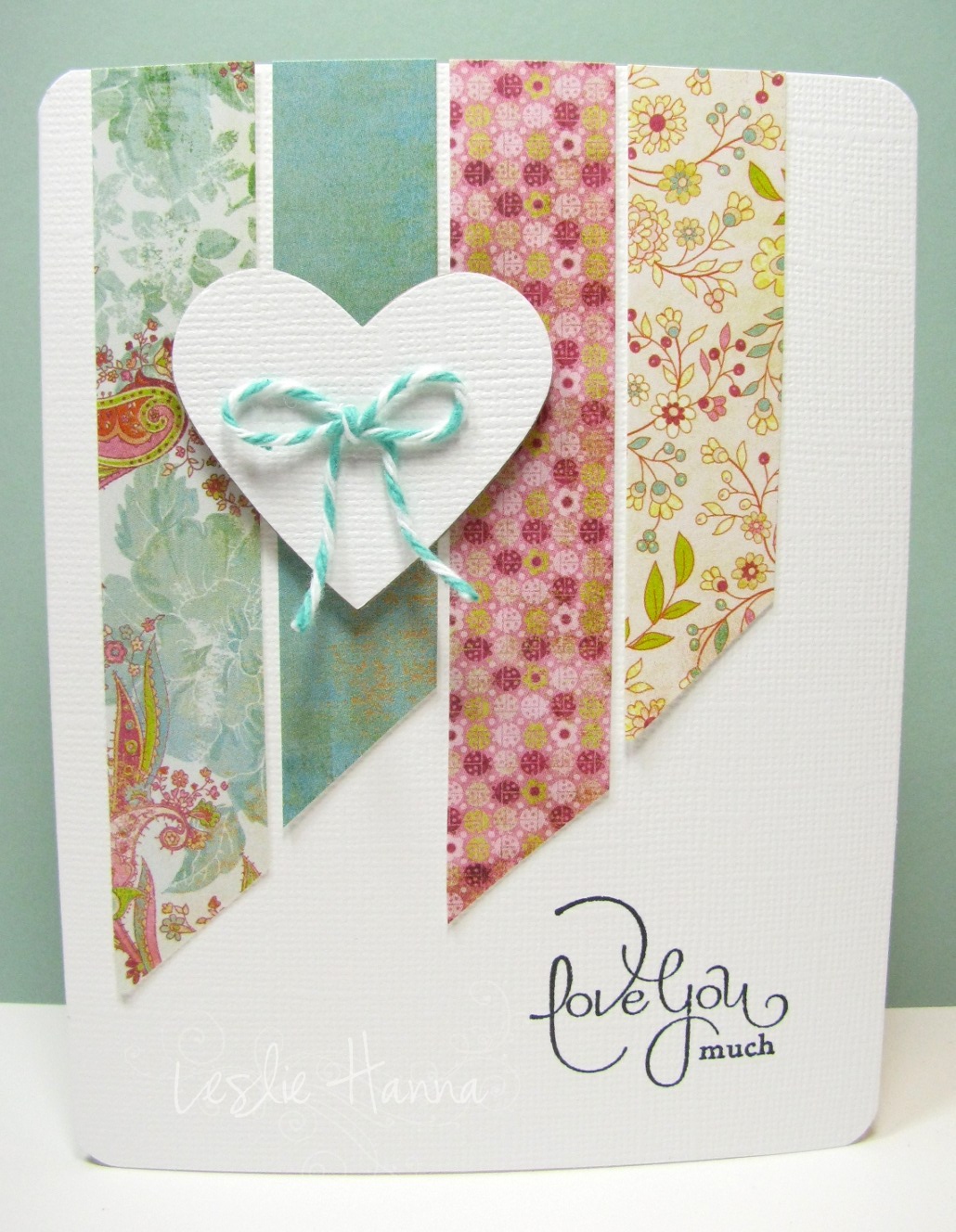 Same papers as the first one, just different lengths. 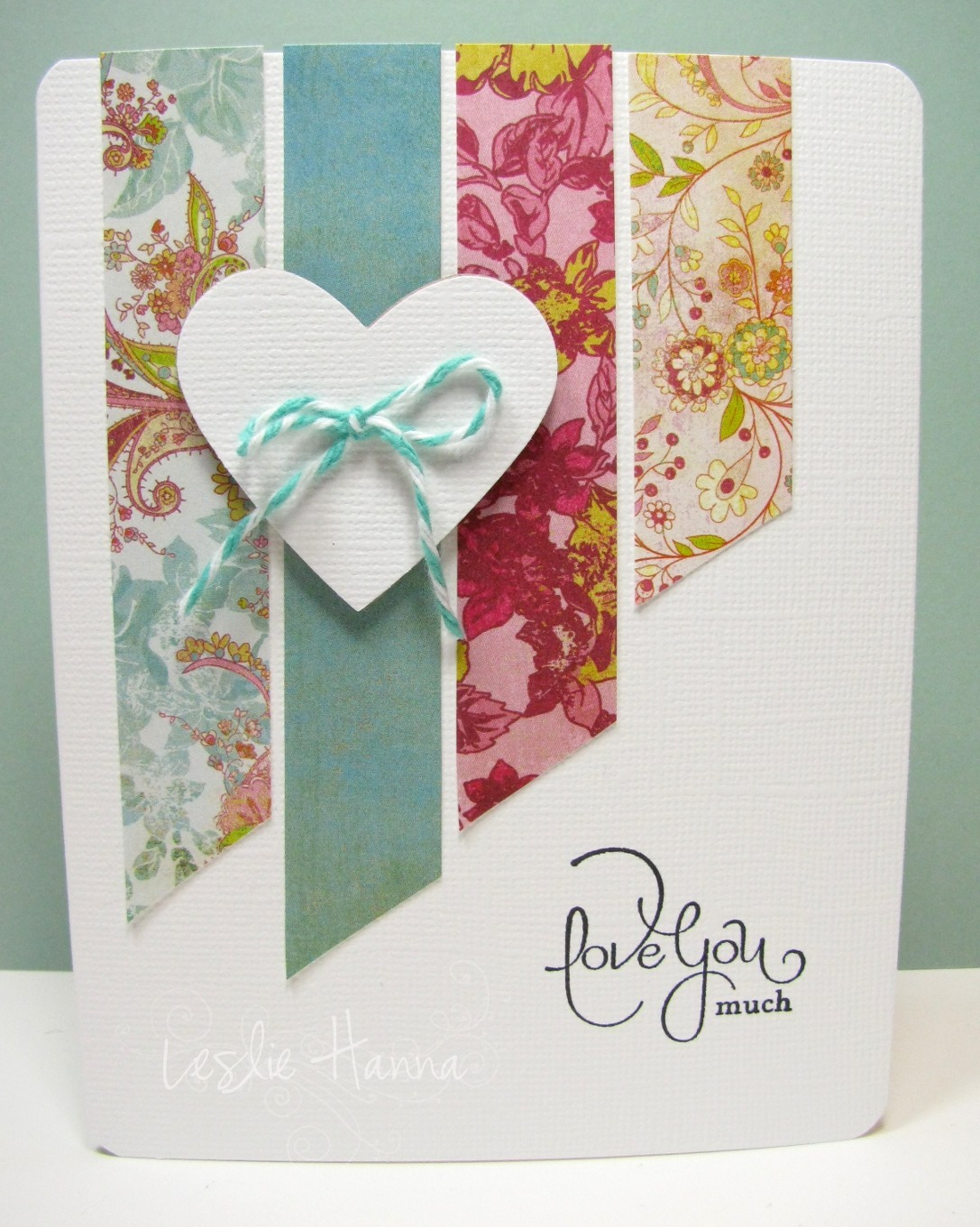 Here I swapped out a larger pink pattern for the smaller one. Crazy, I know. 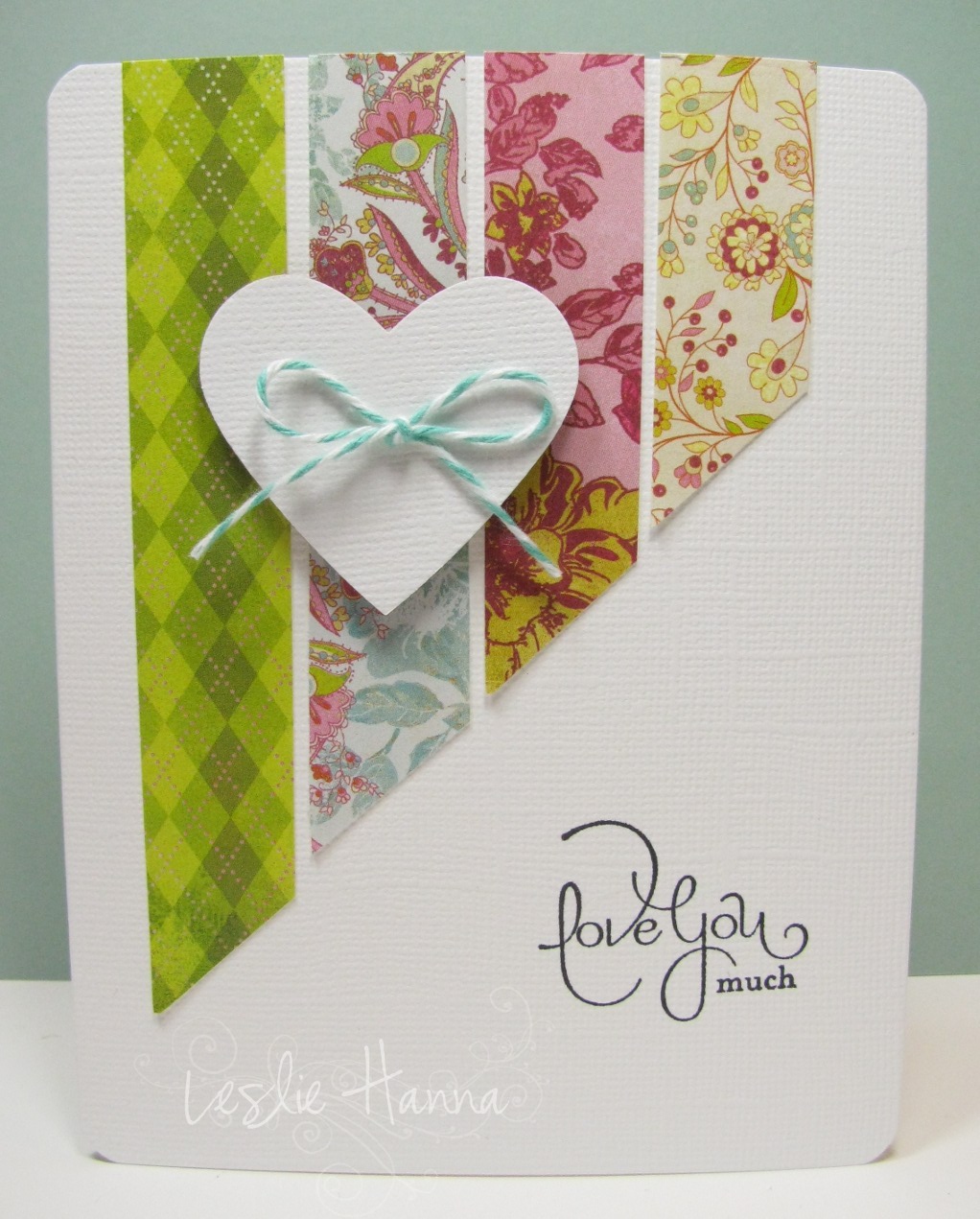 Here I've included a piece of green. It sorta ties in with the yellow pattern on the right. Plus, since they were all from the same paper pack, I assume that green goes with that blue and that pink. 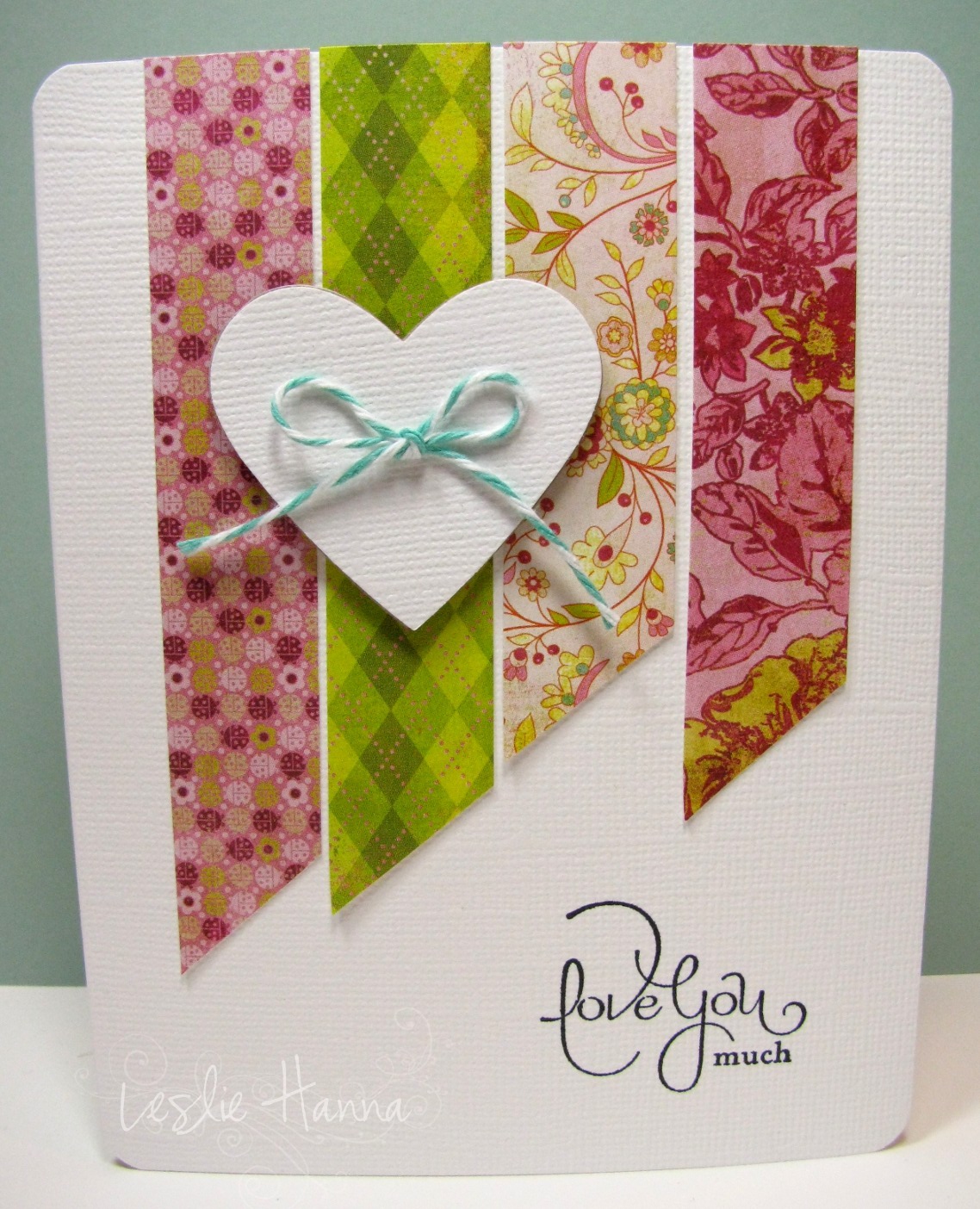 This card demonstrates just how crazy and over-the-edge I can be. I used the same blue twine even though there is no blue paper on the card.

I won't bore you with more of the not-banner ones, but this last one is a bit different: 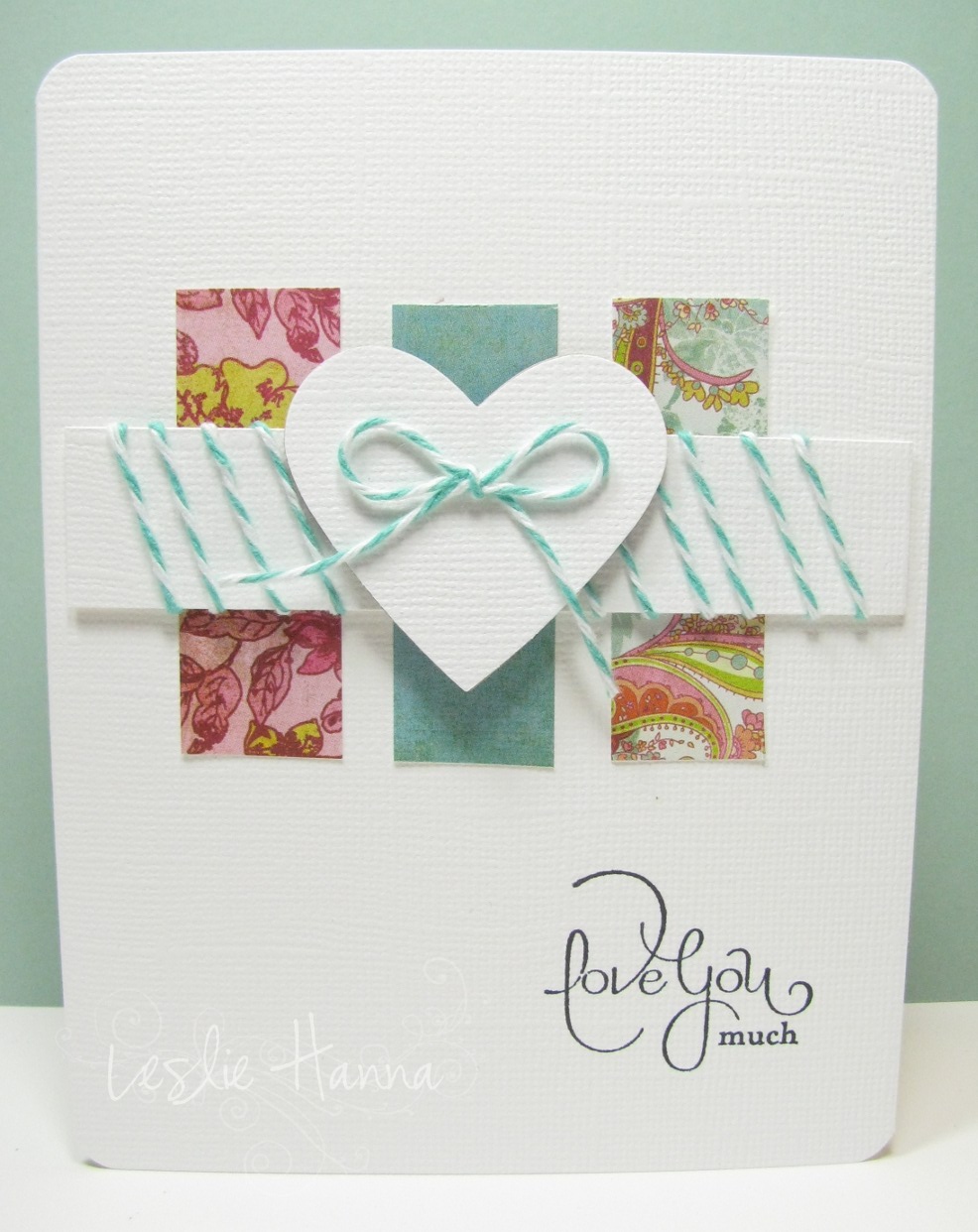 Even though I am drowning in paper, I couldn't bear to toss these strips, so I put them on a card front. I was going to stamp the sentiment on that white horizontal strip, but then I got all distracted playing with twine and decided to wrap it around the piece instead, which would then allow me to put a heart over it. It was kinda fun.

So I've got a total of eight more loooove cards for OWH.

Hmmm, if I do this in small batches like this, I betcha I can disappear some more of that paper pack this week. :)

In other news, a Bobra photo: 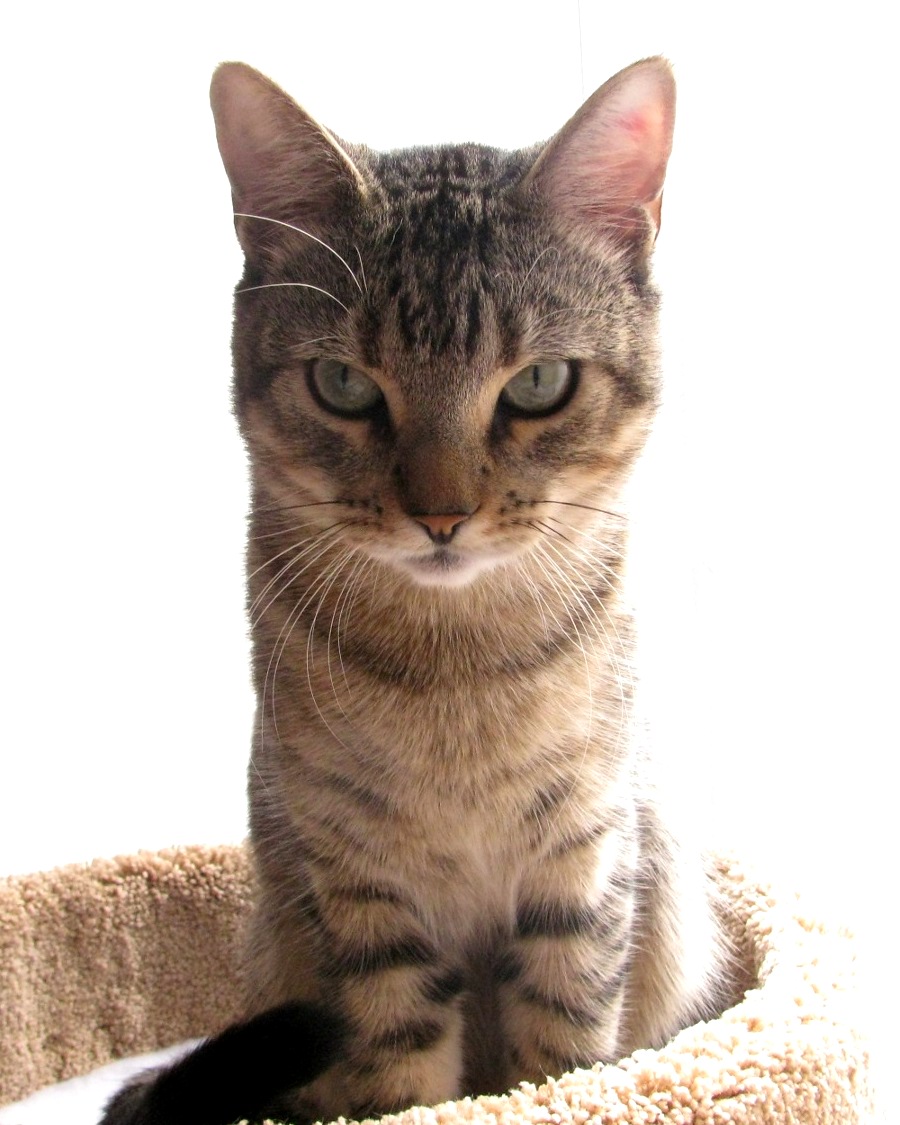 This was taken against a background of white vertical blinds through which the sun was shining. No, I'm not this artsy - it really is all washed out. :)

Thanks for stopping by!
Posted by Leslie Hanna at 9:14 PM