I tried to play the Play Date Cafe challenge all day. I've tried, and I've tried, but I can't get no .. do do doh doh ... satisfaction. I started six different cards, with six totally different approaches, but nothing was working and I just had to walk away. When I went back in to see what could be salvaged, I actually finished three of the cards. 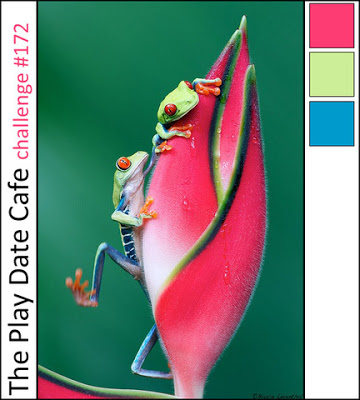 I really like these colors. I declared them to be SU Melon Mambo, Certainly Celery and ... some blue that escapes me at the moment. I did use those colors in one of the cards, but then I got distracted (imagine that) and went with something else for this first one: 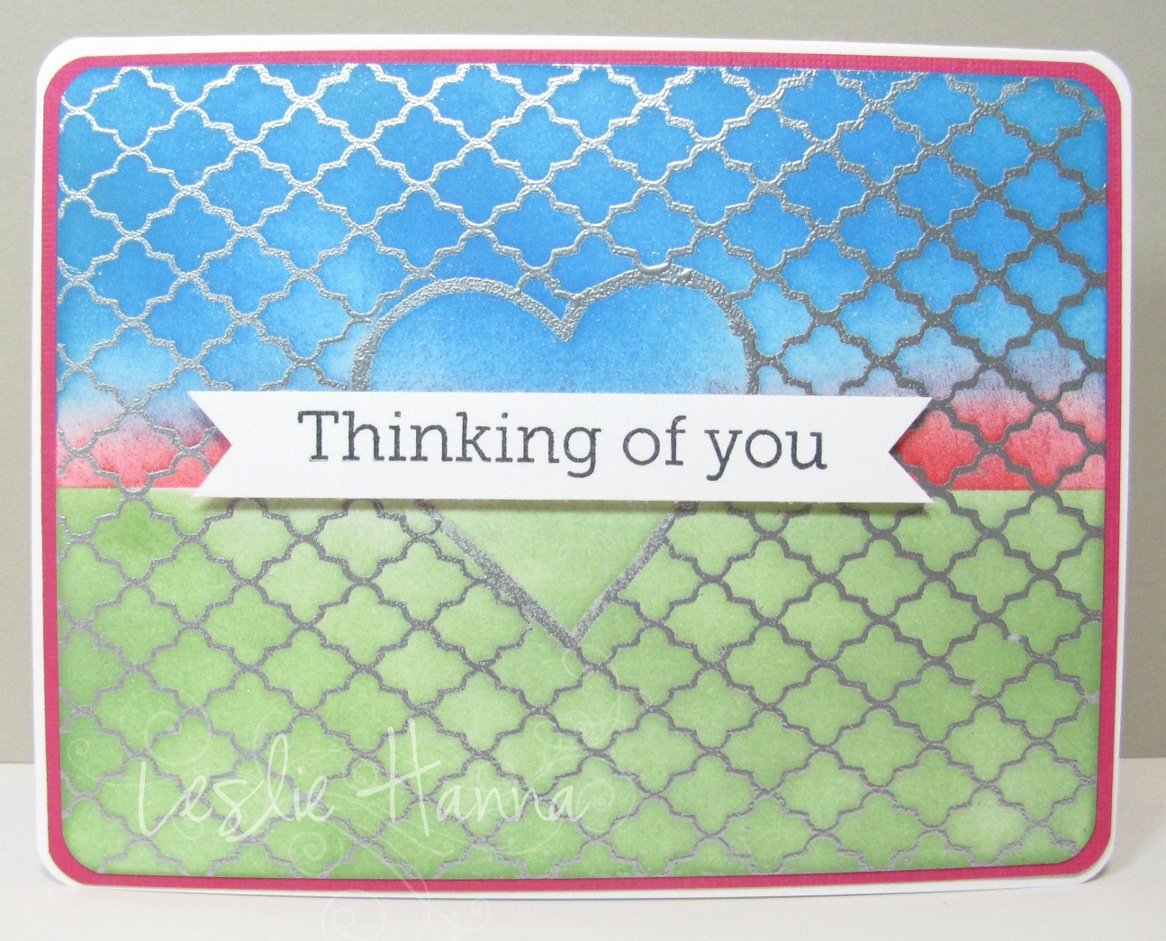 I used Distress inks in Salty Ocean, Festive Berries and Bundled Sage. Now before you get all WHAT THE HECK on me, this is the inspiration for this card:

Isn't that cool? I masked a heart in the center of my card, then embossed the HA Lattice background stamp in silver. This left the heart opening, but it was undefined, so I went around it with my Versamarker and embossed that, too.

It was pretty busy already, so I just added a sentiment over the heart, layered it on some Melon Mambo and called it done.

Next I tried this: 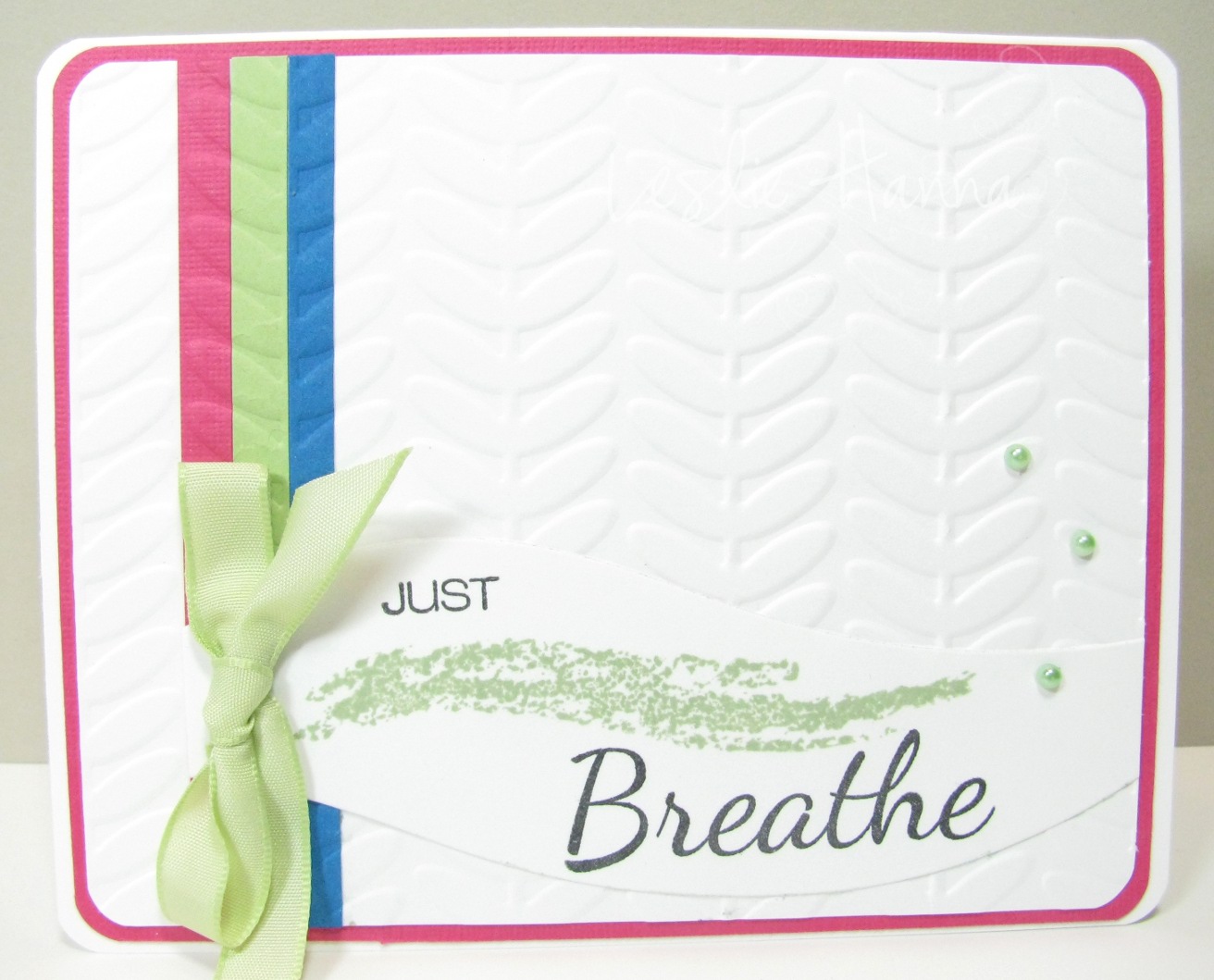 I added three thin strips of card stock in Melon Mambo, Certainly Celery and ... some blue (it was from my box of 1/4 sheets and not identified, sorry) to a piece of white, then embossed the whole thing with an SU embossing folder from SAB.  I opened my CAS-ual Fridays stamp set for the swooshy thing and stamped it first. Then I placed the two words where I wanted them and picked them up together with my acrylic block. That way I could stamp them together for perfect placement.

While picking up the black ink pad to ink them, I dropped the ink pad onto the bottom of the white panel. GAH! I had to get creative with the sentiment panel, so I used one of the MFT Snow Drifts dies to cut the curve just right, both top and bottom. It covers all sorts of oopses. Only one spot wasn't covered by the sentiment panel, so I opened and used my new white Faber-Castell Pitt Pen (da big one!). I was saved!!! 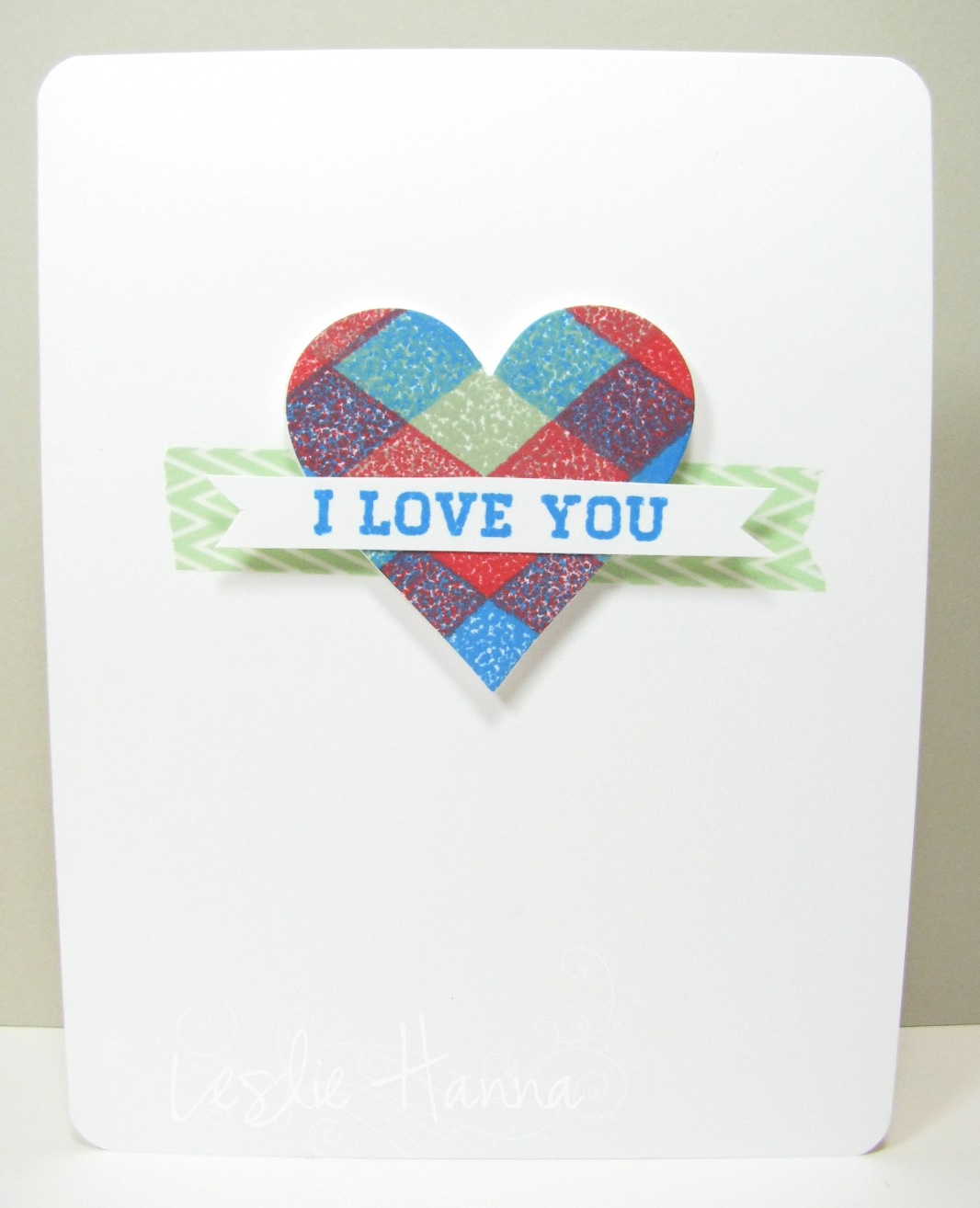 I used the back of one of the stamps from HA Calico Borders and stamped a plaid pattern with Salty Ocean, Festive Berries and Bundled Sage onto a scrap of white, then die-cut the heart from it. I was going to use it on an embossed panel I made for the previous card where I forgot to add the color strips first (sigh) but there was just too much going on, so it got a plain white card front.

I cut four hearts out of white and layered them under the plaid one so it's really thick. I put a simple sentiment over it and popped the whole thing up with dimensional adhesive over a piece of washi tape. I think it adds just enough green, since that color got kindof short-changed in the plaid exercise.

I think that last one is my favorite of the three. :)

Now that I've finished, the weekend is OVER! Darn you Daylight Saving Time! *shakes fist*