I was enabled to need a die based on seeing this card:

Isn't that stinkin' cute? I needed the caterpillar die, and I got it. Yesterday I made myself open and use it. By now you know I can't 100% CASE anything; I have to make it my own. Well, I got pretty close to a 100% CASE when I made this: 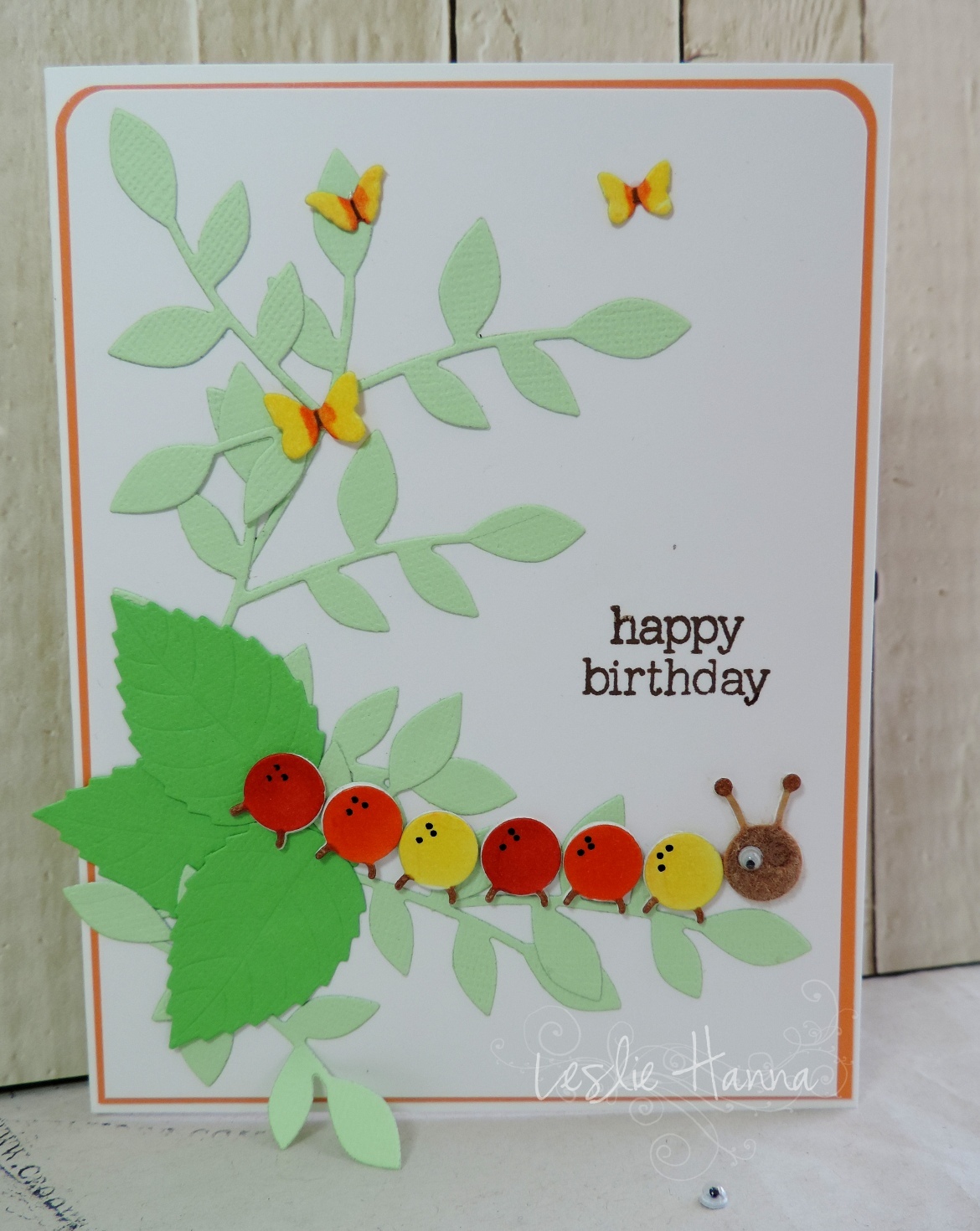 only mine suks and hers doesn't. I hate detest my version. It's too much, plus I dislike the colors of green I chose. And I tried gluing the googly eyes over the flock and it didn't work and one of them fell off when I took this photo. And I used the stems die I had and I had to piece it and then I had to add butterflies (they were laying on my desk, unloved) to hide the seams.

All in all, I was most unhappy. Although, I did like my idea of adding some dots to the body parts. I do like those.

Discouraged, I tried a less-complicated version of the card, and I made this: 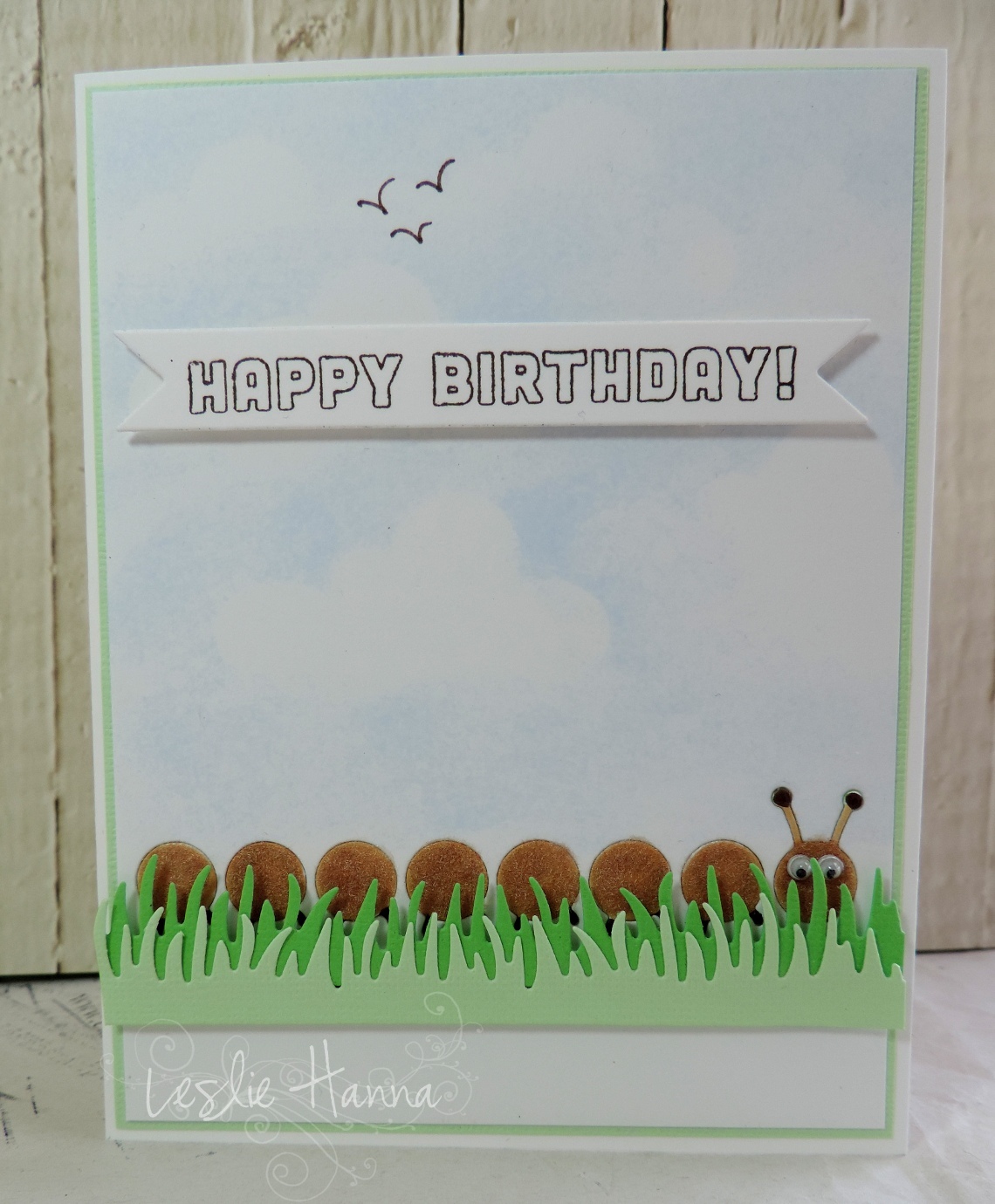 I cut the caterpillar out of the white layer, colored it with a tan marker, and pieced it back in. Then I added glue and brown flock so it was all fuzzy: 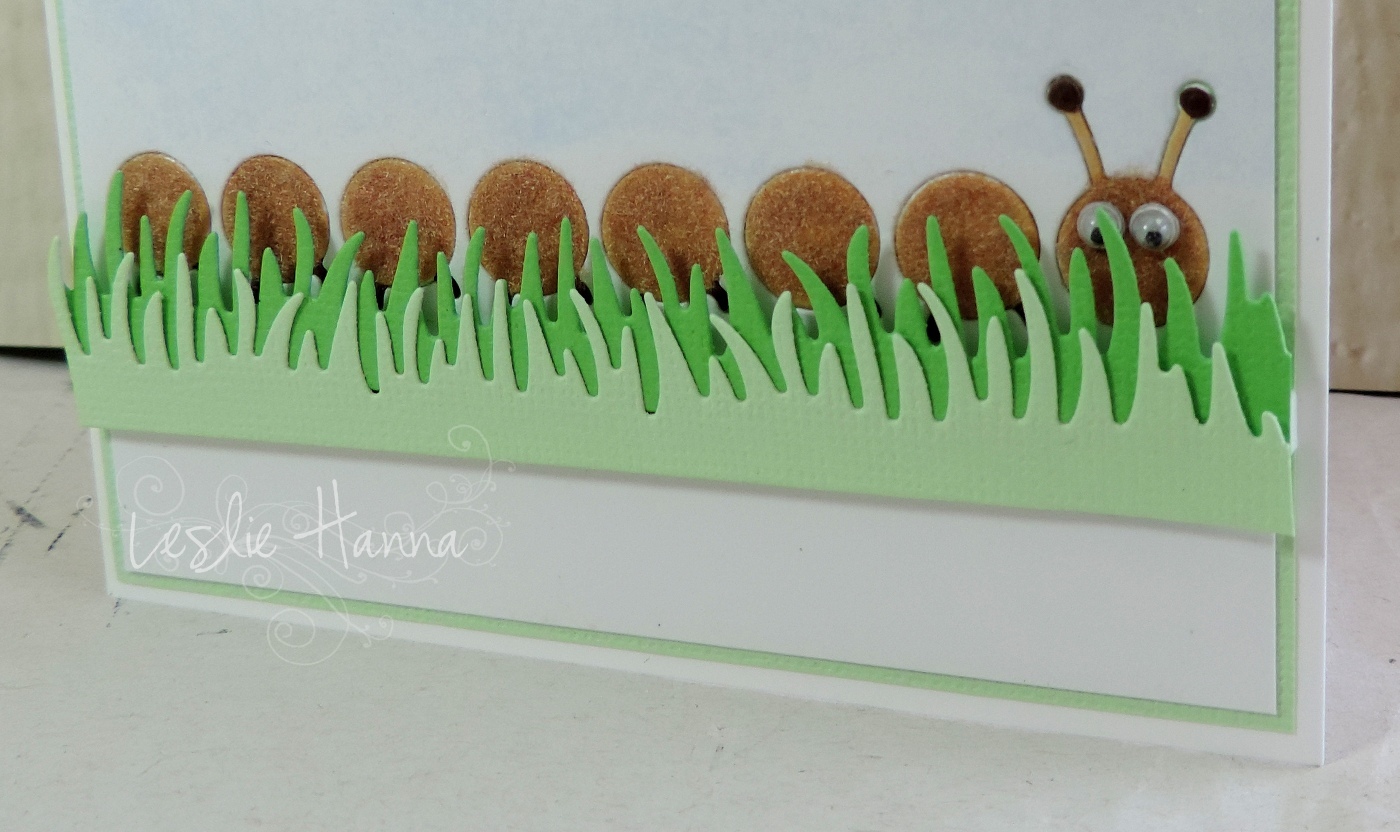 I popped the strips of grass on dimensional adhesive so it looks like he's peeking out from his hiding place. :) And so far the eyes are still stuck to the flock.

I like the Less version a lot more than the More version. I'd even make it again!

About that green card stock: I bought a pack of Core'dinations Minty Fresh card stock at a big box store because it was on sale and I liked the blues and greens in the pack. When I opened it, I found that even though the sheets are textured, which I love, they are very VERY thin and flimsy. This is actually good since I planned to use it as layers, but for the grass, for example, if I'd used a larger die, I fear the paper would have flopped over unless I'd layered it. Yeah, it's that thin.

So now I can check off one more thing from my "not yet used" box and move on to something else. What will it be? I'll probably surprise myself!