I don't know about where you live, but here in SW Ohio, Mother Nature has been having her way with us. One day it's 60F, then it snows that night. It's crazy, I tell you!

There is a robin that hangs out in my back yard, and Bobra is terribly distracted by him. He "talks" to the robin from the safety of his indoor perch, and I wonder what he'd do if I ever let him outside (which I won't.) 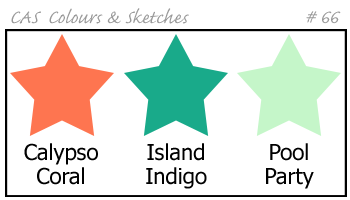 (though mine ended up more on the blue side), with the also-expired Merry Monday Christmas Challenge: 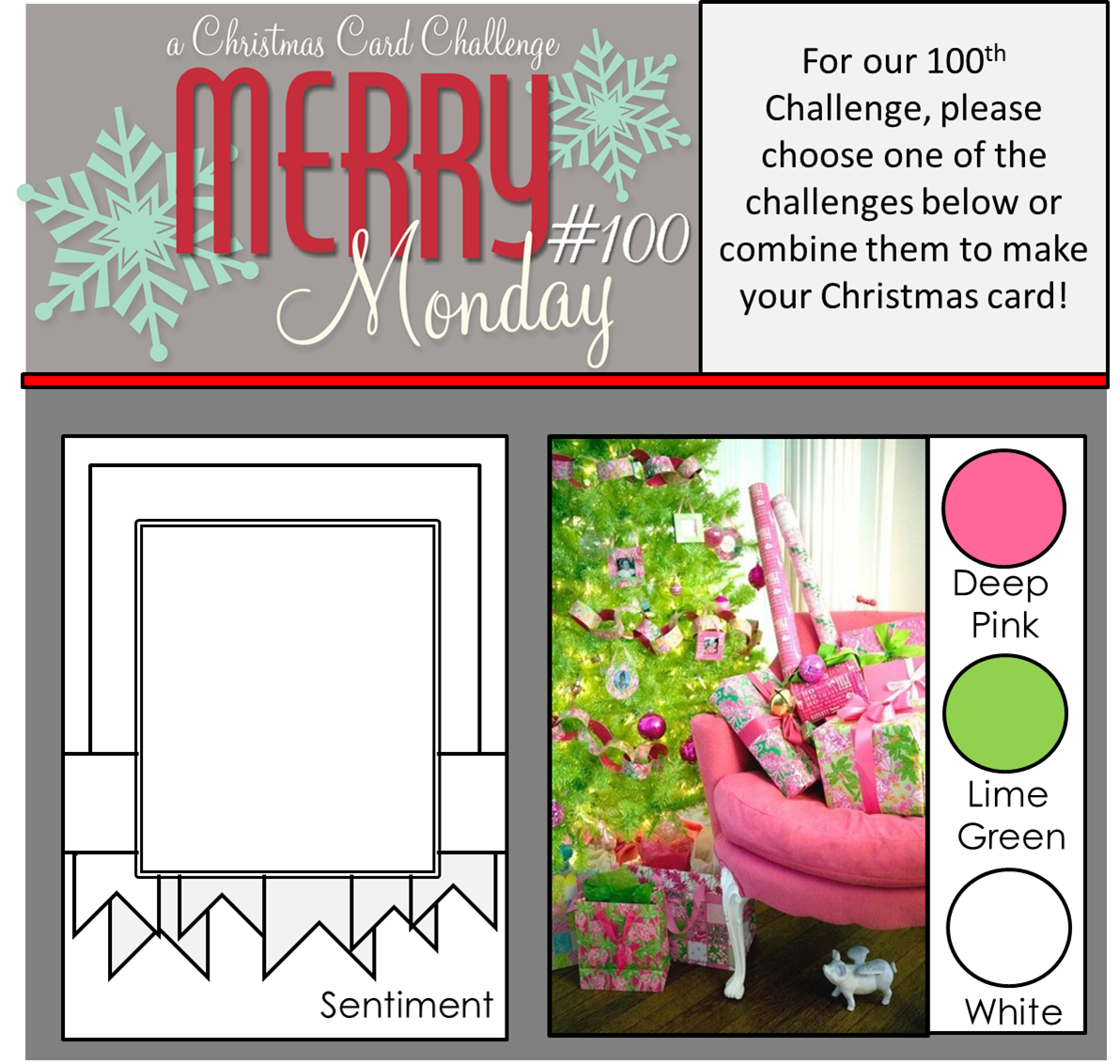 where I used the sketch as a starting point, but I didn't make a Christmas card ... you see how this is going, right? 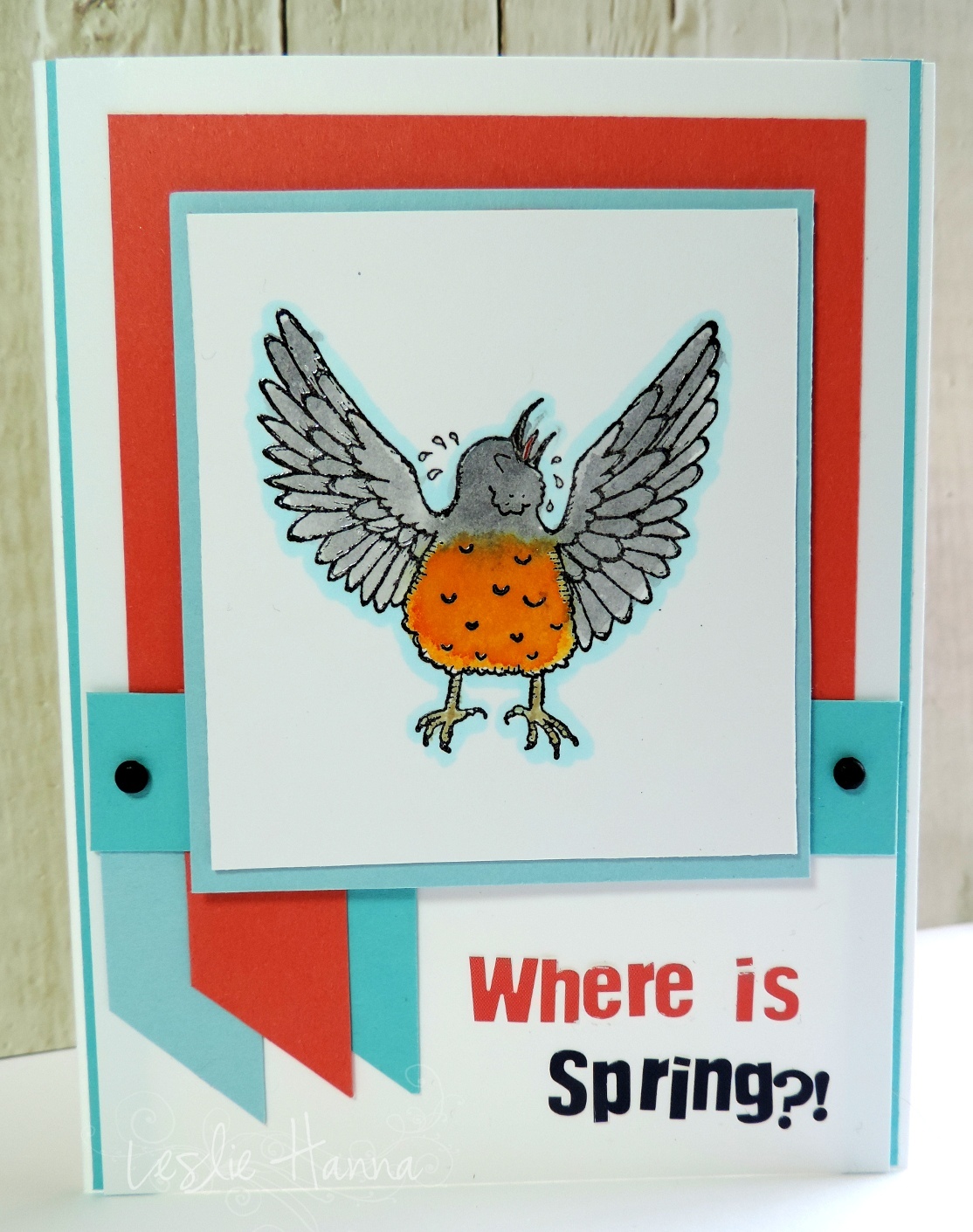 I used (for the first time!) my Stampotique bird that I water colored as a robin. And yes, he is spitting.

You can see my attempts at layering in order to follow the sketch, but I only managed three of the banners. Also, my sentiment is wonky since I am old and my hands are no longer as steady as they used to be. Plus, I was too lazy to draw lines. I think the wonky letters go fine with the spitting robin, though.

I heat-embossed the robin, and knowing that Copics don't like black embossing (they seem to do fine with white, though), I chose to watercolor the robin. I smooshed some Distress Spiced Marmalade and Black Soot inks onto my craft mat, spritzed them with some water, then used a dry brush to spread it on the image. I only slipped once or twice. ;/

Then, even knowing Copics don't like black embossing, I went around the outside with a very light blue Copic, being very careful not to touch the embossed edge.

I kinda like how this turned out, and it definitely expresses our collective sentiment about Spring. I am sooo ready for it. In fact, I've arranged for my garden to be tilled early next month. I cannot wait!