Ducks In A Row

In my last post I mentioned I might have shopped when I attended Stampaway last Friday night*. It could have been worse, but I was mostly bad at one stop, so ... ouch. I managed to prove the adage "if you build it, they will come".  I've been soooooo good about online shopping. I tend to fall in love with a stamp set or dies when I see someone make something fabulous using said stamps or dies, then I must. own. them. But lately I've been very good, and I know that just because that one person used the products in a pleasing way, doesn't mean *I* can (1) get the same results, or (2) think of anything else to do with them. This has significantly cut back my spending.

Then ... drum roll ... we spied the Taylored Expressions booth. And it was massive. And we lost control. And we shopped.  And Taylor is as adorable in person as you imagine she would be. If I'd have been shopping online I would not have purchased nearly as much. Plus, I blame my pal Tina *waves* who is a seasoned shopper, and my "I don't shop" proves a lie when I'm under her spell. This is why I don't go to stores with her, but there was no avoiding the influence at Stampaway. It was like a feeding frenzy.

So first thing when I got home ... well, okay, the next day after I regained consciousness from staying out so late, I got to work trying to use the TE stuff I'd purchased while under Tina's spell. One card that actually came out sorta okay was this one: 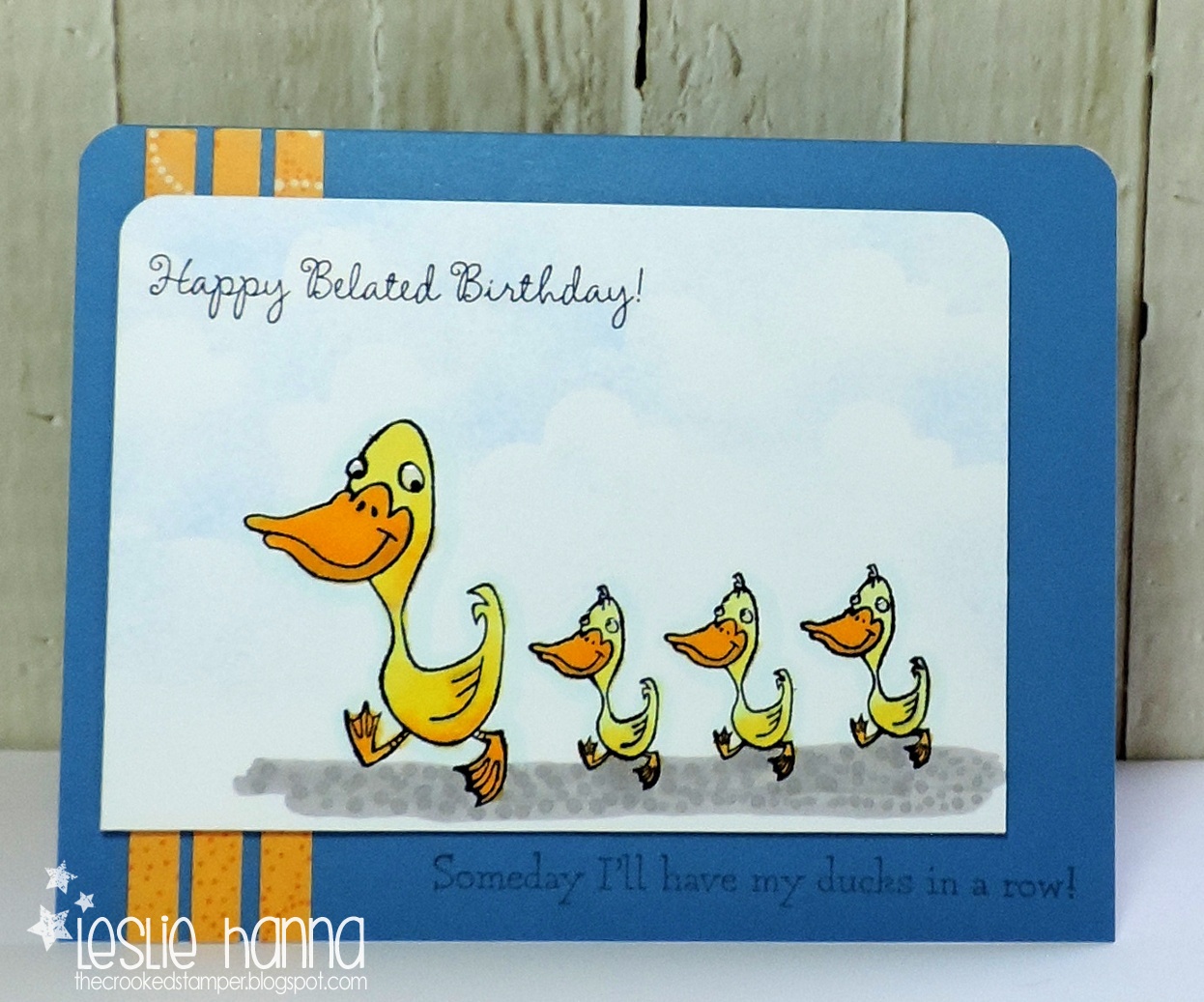 What an adorable belated birthday set, huh? I didn't even mind coloring the ducks. I'm not excited about how I stamped the second half of the sentiment, but I'm allergic to stamping on the inside of a card, and a white strip there looked dumb. For now I'm calling it subtle.

I have several more TE stamp sets and dies that need to be used before I can put them away. Hopefully that will be soon.


* Yeah, we go to the Friday Preview mostly because most of us detest crowds and loud, so it's worth the additional dollars for a nice quiet shopping experience. Plus we go to dinner before-hand, and are sluggish to begin with, so this works for us.

Stuff I used: Taylored Expressions Ducks In A Row, A*Muse Studio cloud dies, and the following: