You're On A Roll

After I posted this You're On Fire card the other day, someone said I need to do a series, including You're On A Roll, ... On Tap, ... On Probation. I'm not sure I'll get to all of them, but here's the On A Roll card: 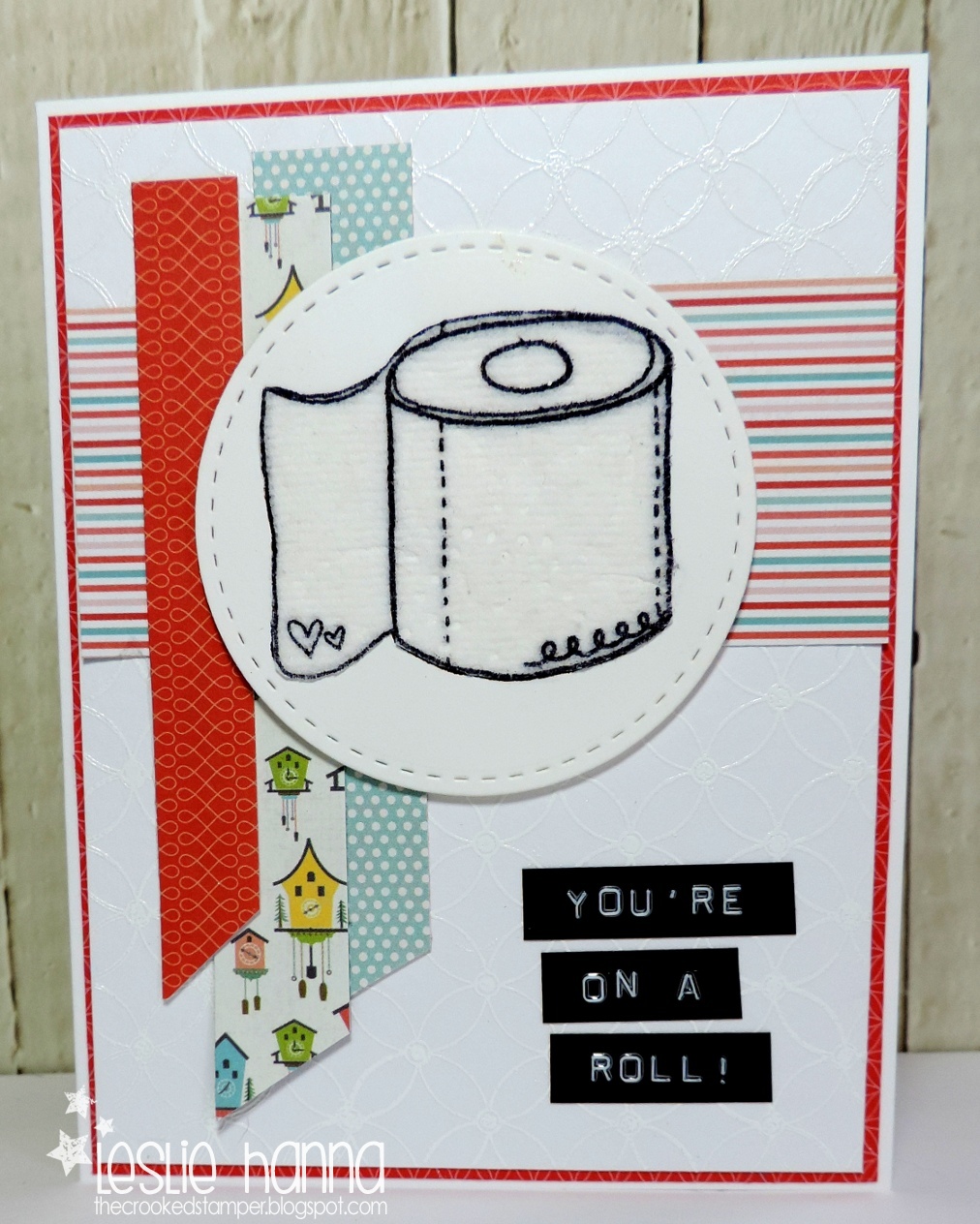 I totally stole the idea of using real TP from my pal Tina, who made a card with this set and real TP back in April. I'm pretty sure she's also the reason I now own this set. *waves*

I stamped the image on white card stock and cut it out with my Lil' Inker Stitched Circle dies, then I stamped it again on a (clean) piece of TP and fussy-cut it. I used Multi Medium to glue it to the white card stock.

The patterned paper is from the Echo Park Simple Life 6x6 pack that was still out on my desk, and I followed the current sketch from The Sweetest Thing: 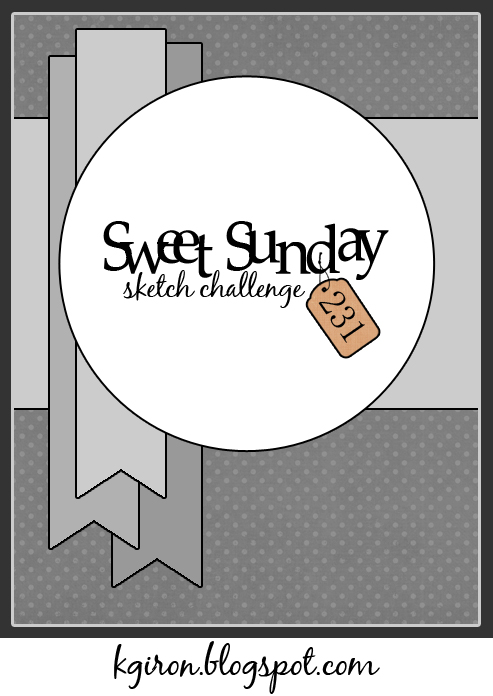 If you look closely at my card, you can see the background card stock was stamped and embossed. It was a piece I'd prepared for something else, and it got set aside. I always make more than one background when I'm playing with a new technique or idea, as I know me pretty well, and I always mess up and need to start over. I guess I had an extra background, and now it's been used. Yay!

One final note: I'm happy when a color I like is popular and used/produced by a lot of companies, because that means I can probably find a "pretty close" piece of patterned paper in The Heaplet, and that's just what happened here.  Apparently SU was at the leading edge of the curve, because the poppy-ish layer of paper is a darn close match to the Echo Park paper I used for one of the banners. That's one less piece of paper in The Heaplet, and I'm quite pleased about it. :)

Time will tell if I ever make the On Tap or On Probation cards for this collection, but you just never know ...