This card is another in a group I refer to as "From The Ashes", since it's made up of mostly stuff I had laying around. It was inspired by this card I saw a while ago on Sandy Allnock's blog. As with most ideas, it percolated for a while, then got lost in the muddle.

The other day I was wandering around in the craft room annex and after a few "what's in this box" moments I rediscovered a few crafty items that hadn't made it to the full-fledged craft room. You know, those "oh, there it is!" moments. I'm telling you, you neatly organized people have NO idea what you're missing.

So, to join those last two thoughts, my discovery of my Impression Obsession cat dies made me remember the card of Sandy's I'd wanted to CASE, so then I made this: 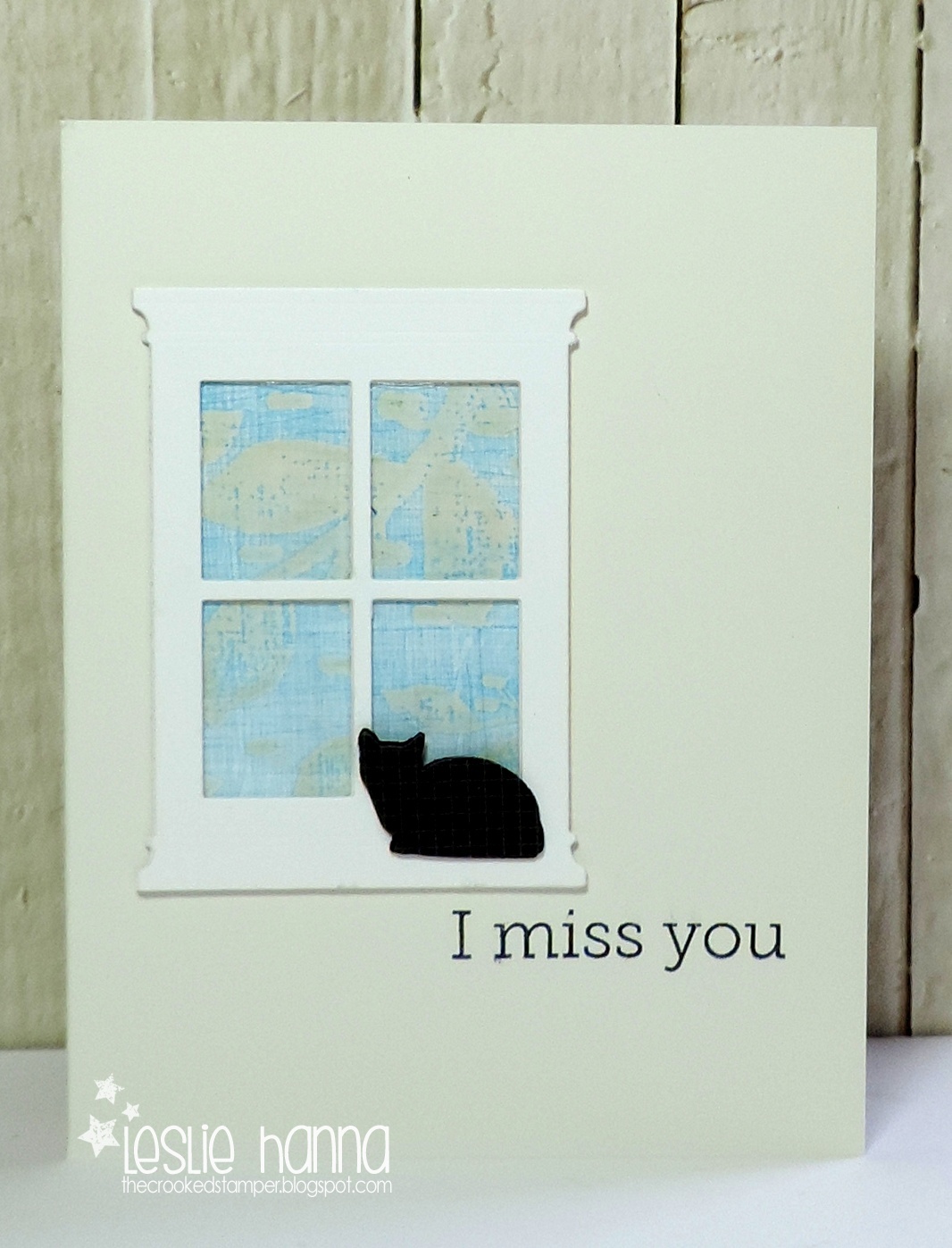 It all started with the windows, which I cut from some miscellaneous white-ish card stock I have. I stacked up three of them, sandwiched in a piece of acetate, then added the top window.

I then spent an inordinate amount of time futzing with the sky and clouds and ... I finally gave up. Then I spied a tag in my UFO pile, left over from some long-past experiment with who-knows-what products. But its background was blue, so my brain called it "sky". Done.

I cut several cats from a remnant of black card stock, stuck them together, cut another one from a black patterned paper remnant, added it, then put the whole thing on the window sill.

The color of the sky led me to choose an Egg Shell card base onto which I stuck the window and stamped a sentiment.

Now all those things are gone from my random piles of things, and I have one more card done.

I think I'll go see what else I can rustle up in there. Thanks for stopping by!

Stuff I used: Miscellaneous white, black, and black patterned card stock; scrap of acetate from some packaging (yes, I save it); old technique tag; and the following:

Email ThisBlogThis!Share to TwitterShare to FacebookShare to Pinterest
Labels: From The Ashes