I visited a crafty friend last week to help her get started reloading her new craft room. It was fun! By mid-day on Day 2, we decided to stop loading it up, and instead try to craft and break it in. This would give her a chance to see if where we'd put things so far was working out for her, and give her a chance to move things before we put the rest of the "not used so much" stuff away.

During this crafty test-drive, I made this: 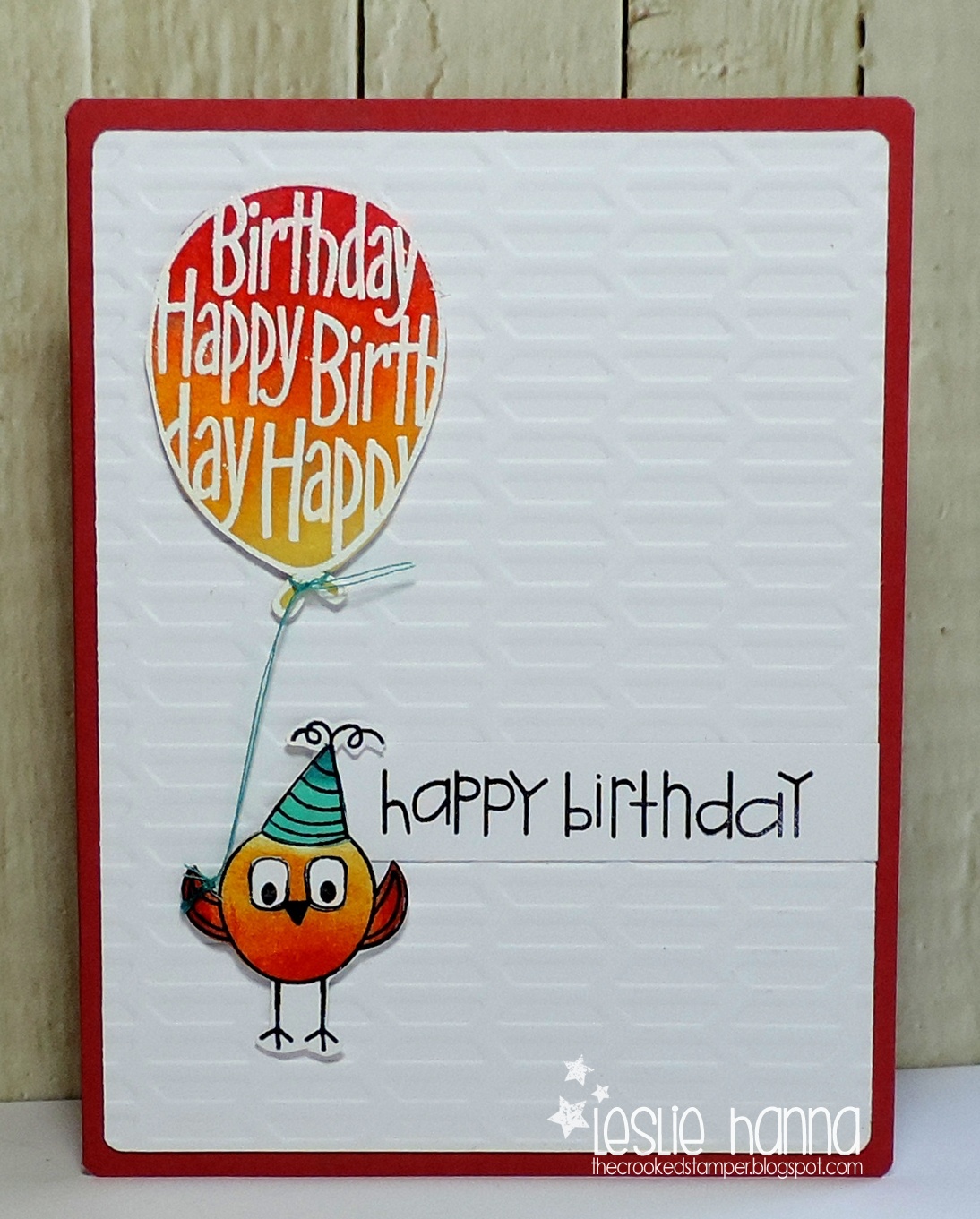 When you're at a friend's house, you use her stuff, right? :) So I broke out this stamp set from Hero Arts (linked below) and one of the new Lifestyle Crafts embossing folders I'd brought with me. I embossed the balloon on white card stock with white embossing powder, used Distress ink to color it, then I cut it out and put foam tape on the back. For the bird, I stamped him in Memento black and distressed him with the same inks, then cut him out, too. Since I'd distressed over his eyeballs, I stamped them again on a scrap, cut them out, then stuck them on. I used Copics to color his hat.

After I trimmed the white layer to fit on the red card base, I stuck everything down, then spent about an hour tying the teal thread to the balloon and his wing. I added some dots of Glossy Accents so it didn't go anywhere.

This card will go to my brother, whose birthday was Sunday. I've already told him it will be late. BAD sister!!! :(  But it will be mailed!

Stuff I used: misc teal thread, and the following: