I have one last group of cards I made last weekend during my play date.  Here's one of them, then I'll explain: 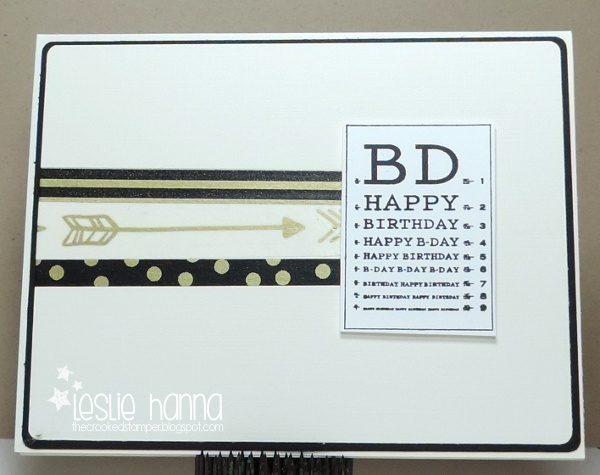 While wandering around my pal's craft space, I spied a Maya Road (I think) stamp set of a bunch of eye charts. This is the birthday one. I stamped them all on white and cut them out, then stared at them for a while.

I had a stack of unopened gold & black washi tape, so I opened it and used it. I left the arrow piece alone, but trimmed down the other two patterns.

I did the same thing with the other eye charts: 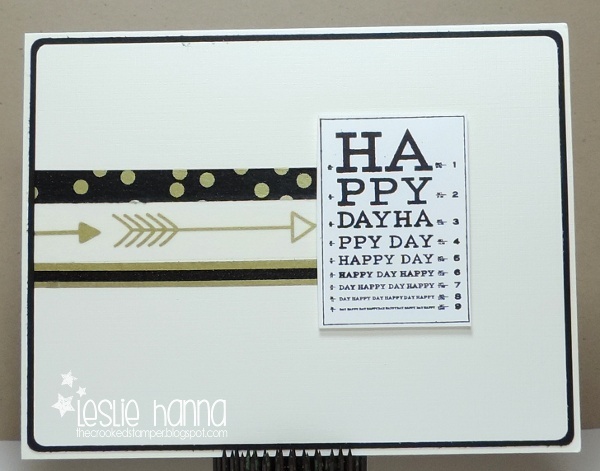 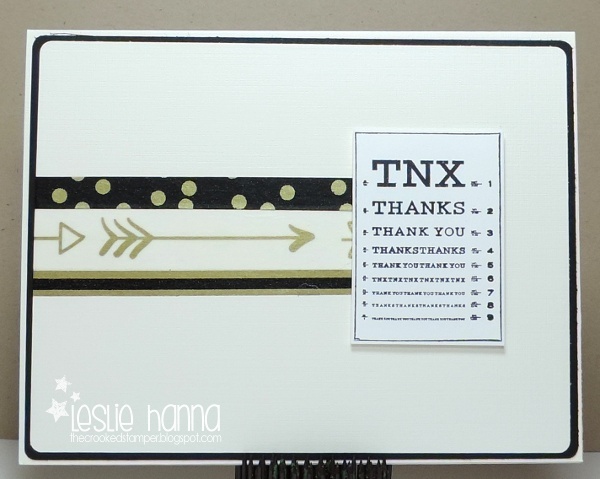 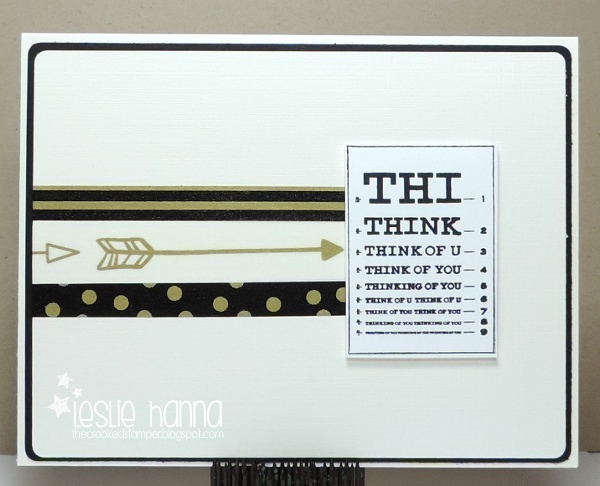 Kinda fun! There was also a Love eye chart, but I wanted to do that one in red, then I got lazy and just stopped where I was.

I'm all done sharing my crafty play date cards. Hopefully I'll find some mojo and have something else to share later this week. :)