Alternate title for this post was "WHAT?! Another BEAR?!" But yes, another bear. I'll explain in a moment, but first, the card: 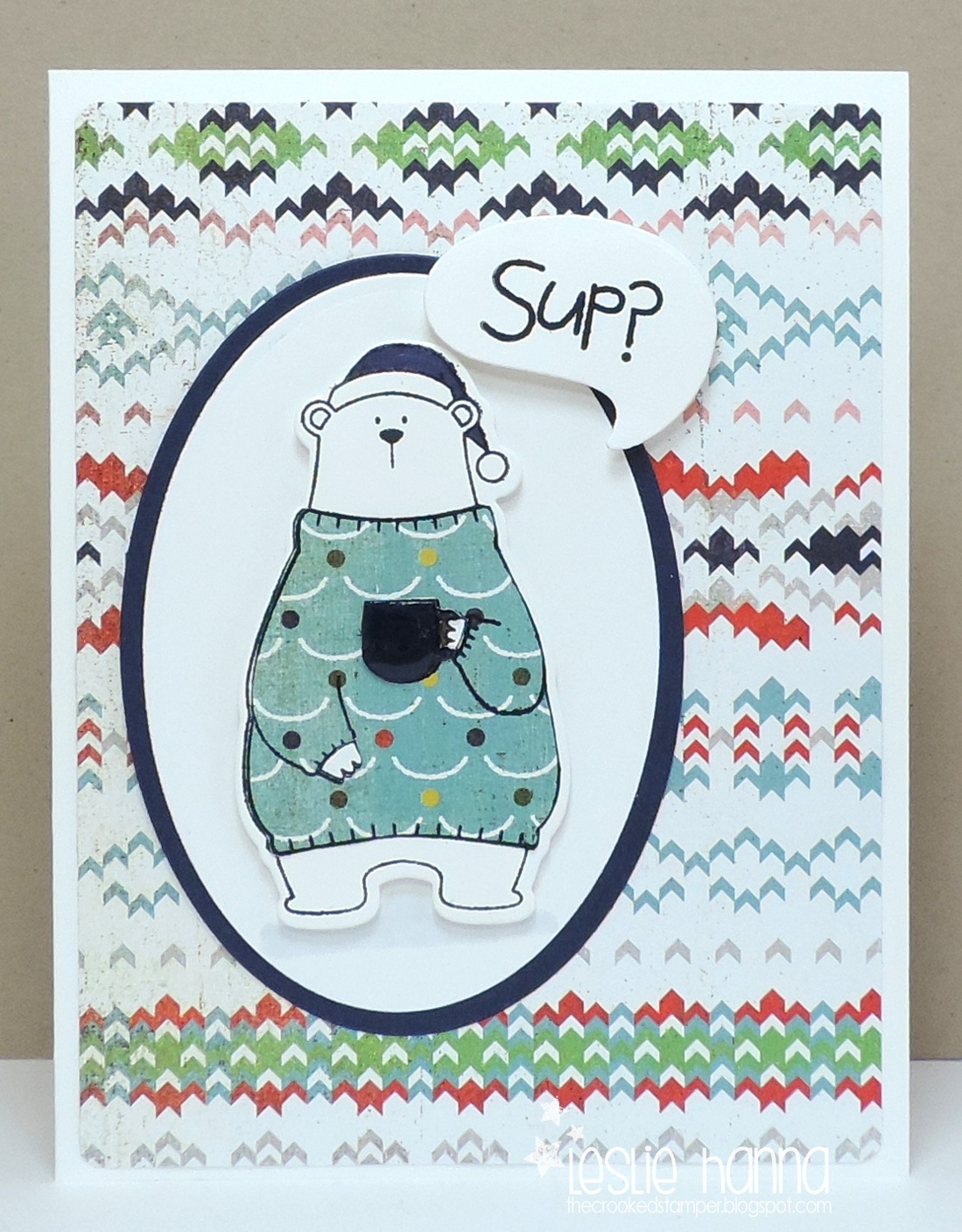 See that pretty "sweater" paper? That's the flip side of the Basic Grey paper I used yesterday to make this card. It's perfect for a sweater, but since it's 12x12 paper and not 6x6, the pattern is a bit too large to actually use to paper piece the sweater (at least for me it is).

My eyes were swimming a bit, so I thought I'd put a large oval over part of the background piece, and what fit nicely in the oval but DA BEAR! So I used the blue side of the paper for the sweater and let the larger print be the background.

I went with SU's Night of Navy for the larger oval and his mug. One thing about paper piecing the sweater is you need to deal with the mug, and the paws. I usually have a few mis-stamped bears, so I can separate the paws from the bear and piece them onto the sweater to make them white again. I sure hope that made sense.

I colored his hat and the handle of the mug with a fine-point Sharpie. I covered the mug with Glossy Accents, because I could.


I thought he needed a simple, manly sentiment, so I used one from the Paper Smooches Slang Gang set, and selected a speech bubble from the Lawn Fawn Chit Chat dies. The bear is popped up (hopped up? :)) on foam tape, and I used two layers of foam tape under the sentiment.

I can't promise you that you won't see this bear again. He's just too fun!