We Are A Normal Family

I've been saving challenges all week, and what do I have to show for it? Nothing! When I went through today's list and added them to my Not Yet Done challenges for the week, I saw that the current Jingle Belles challenge is to use washi tape. HELLO!

I saw this as an excuse to get into the craft room and fondle some of my vast collection of washi tape, and hopefully use some.  This is what came out of that effort: 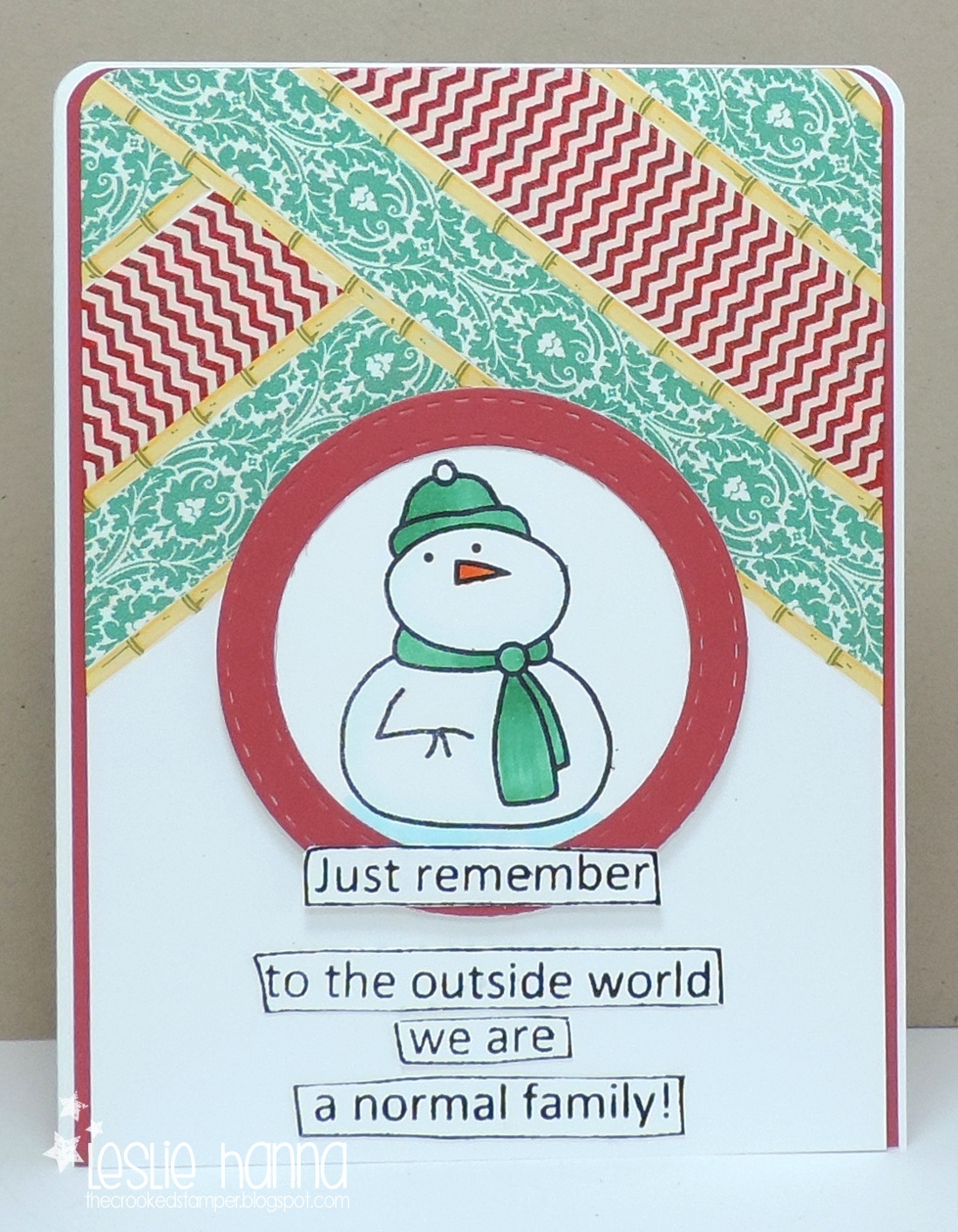 I grabbed three colors of washi tape in red, green-ish, and yellow. I only noticed later the yellow looks like bamboo, but what the heck, right? I only wanted it as an accent, anyway.

The tape was applied to my white panel based on the current Colours & Sketches challenge sketch: 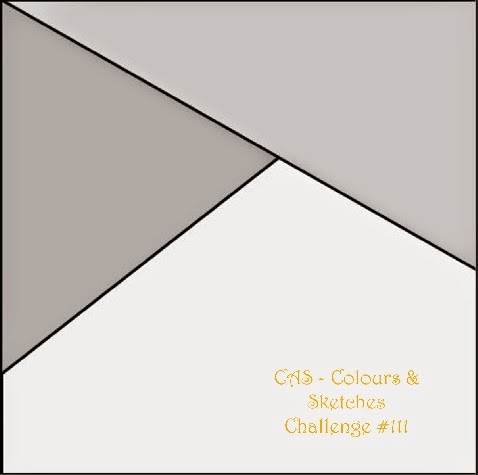 I went through my Christmas stamp supplies and decided to use one of my Dylusions irreverent sentiments sets, but I still wanted an image to go with it. I opted to use one of the Paper Smooches Swanky Snowdudes who looked like he had a bit of an attitude, or maybe it's a stunned look ... what do you think? 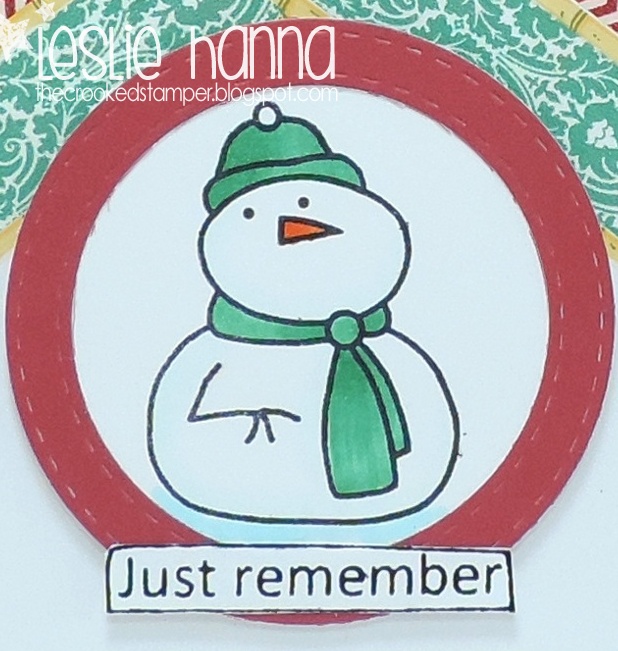 I think he looks a little like taken aback, as if he's thinking, "um ... okay". For now, let's pretend he is, so that sentiment works.

The sentiment is from the Dylusions Christmas Words, and I'm not sure I've ever used it, even though I NEEDED TO OWN IT as soon as I saw it. I like the Dylusions sentiment sets because you can cut them apart and place them wherever you want on your card. That came in handy here, since I planned poorly, and didn't have enough room below the circle, so the first part of the sentiment is stuck to the circle.

I made a second card with the same sketch and washi tape, so I'll post that next.