This card is brought to you by a mix of "oh, I remember that die" and "what, I've never used that stamp set?!?!" and a challenge from a crafty pal. Lots of stuff going on here.

First the card, then I'll explain: 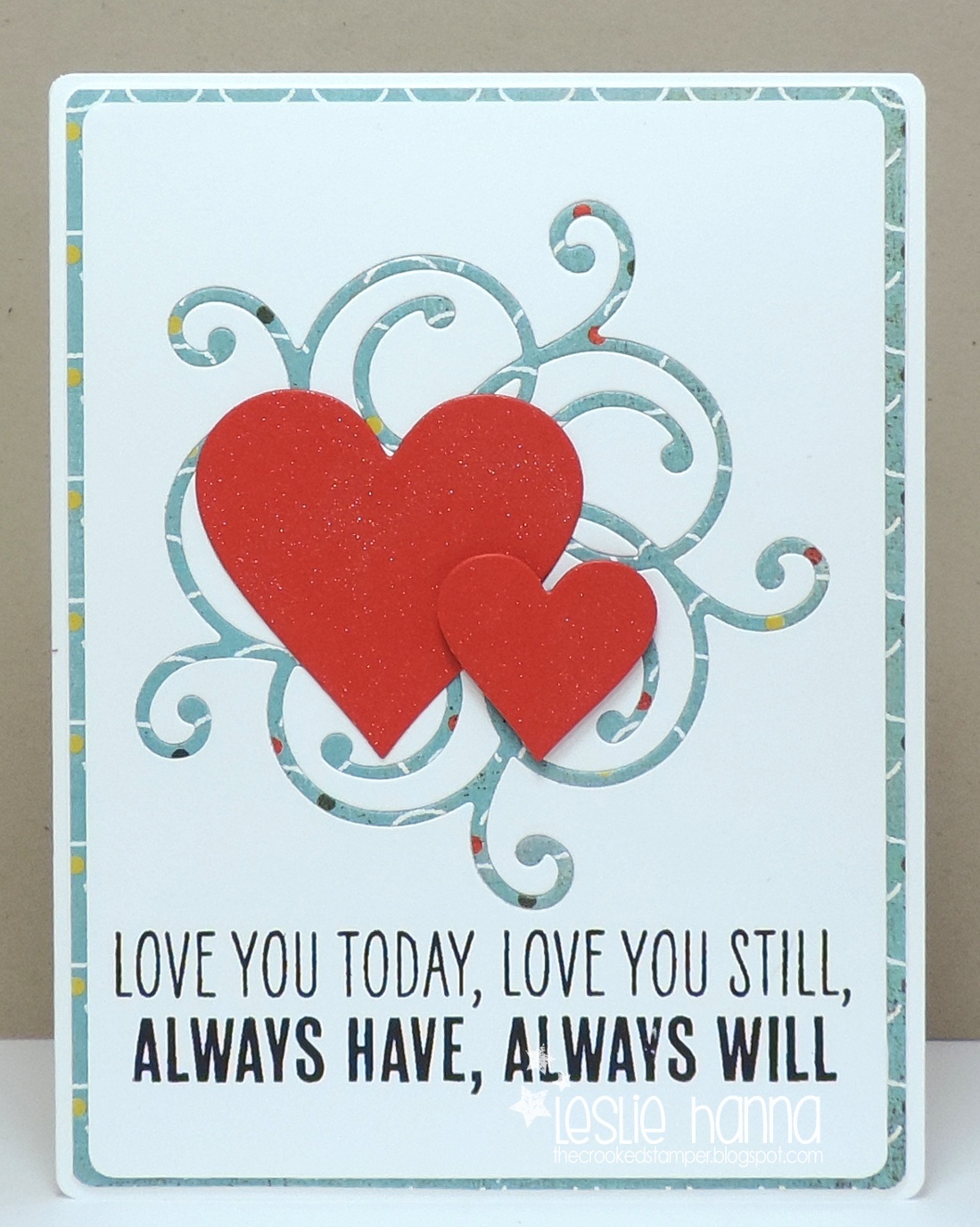 This all started on Sunday when I was crafting with a friend, and I asked her about a piece of 12x12 paper that was laying on her craft space. I may have mentioned it was a pretty color of blue. She then handed it to me, said "it's yours!" and challenged me to use it.

So, I today I DID! I followed the current Happy Little Stampers Sketch Challenge: 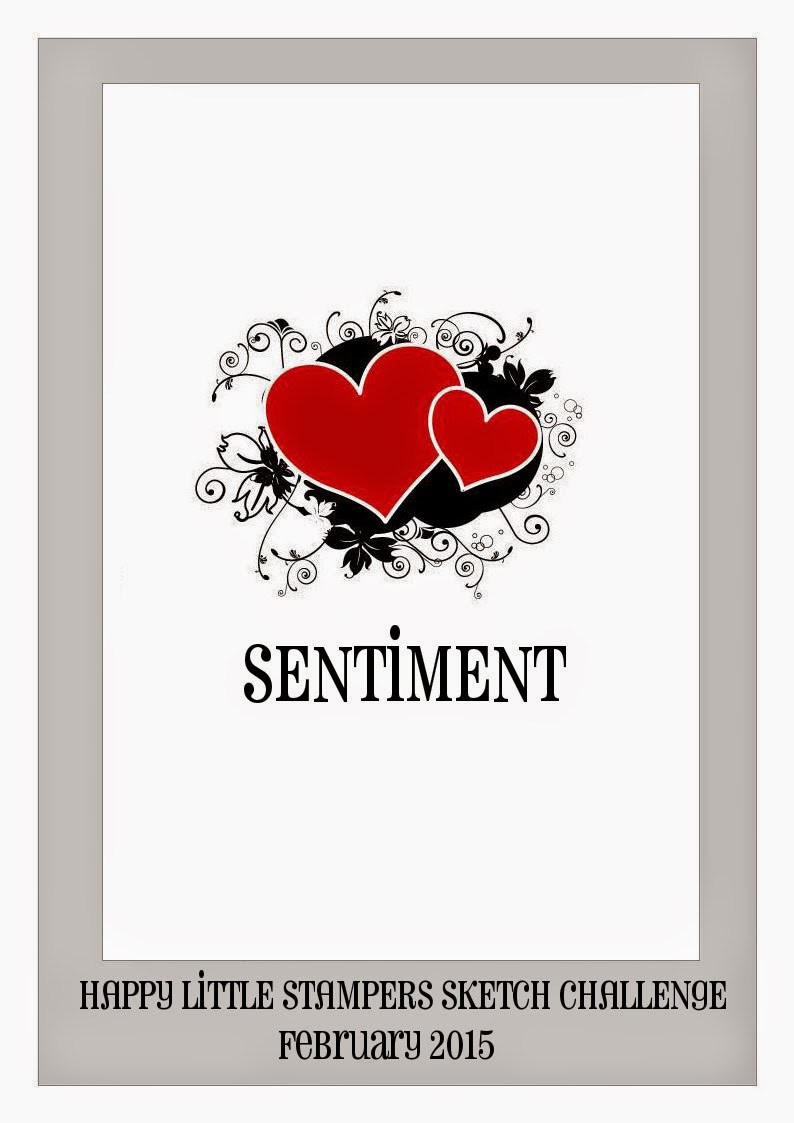 I took the pretty paper and my "OMG I REMEMBER THAT FLOURISH" MFT Sentimental Flourish die to make the pretty blue flourish. Then I thunk and I thunk and I decided inlaying the die cut would be easier than applying glue and wrestling with it.

I die-cut the flourish again out of a white panel, saving all the little pieces that fell out. I cut a piece of printer paper just smaller than the panel, covered it with Tombow adhesive, and stuck it to the back of the panel. I then put the flourish in place, and filled in all the white pieces like a puzzle. I really like how that turned out.

I used my Savvy Stamps Heart Set dies to die-cut two hearts from a remnant of red card stock that was sitting next to my paper trimmer. I stuck down the larger one, and popped up the smaller one on some foam tape.

The sentiment is from a Hero Arts set I HAD TO HAVE but had yet to use. Now it's been used and put away! go, me

After a frustrating period of time looking through my vast collection of Every Color Blue But The One I Need card stock, I ended up just using another piece of the same blue patterned paper for my layer.

For my last act, I colored the hearts with my clear Wink of Stella pen:


Since I used two hearts, I'm also going to enter this into the current Cards In Envy challenge to use two or more hearts on a card.

In other news, I stopped by my LSS today to pick up some Stick It paper. I hope it lets me stick that flourish onto card stock like a sticker. I'll let you know how that works out.

Edited to add: My card was chosen as a favorite at Happy Little Stampers! 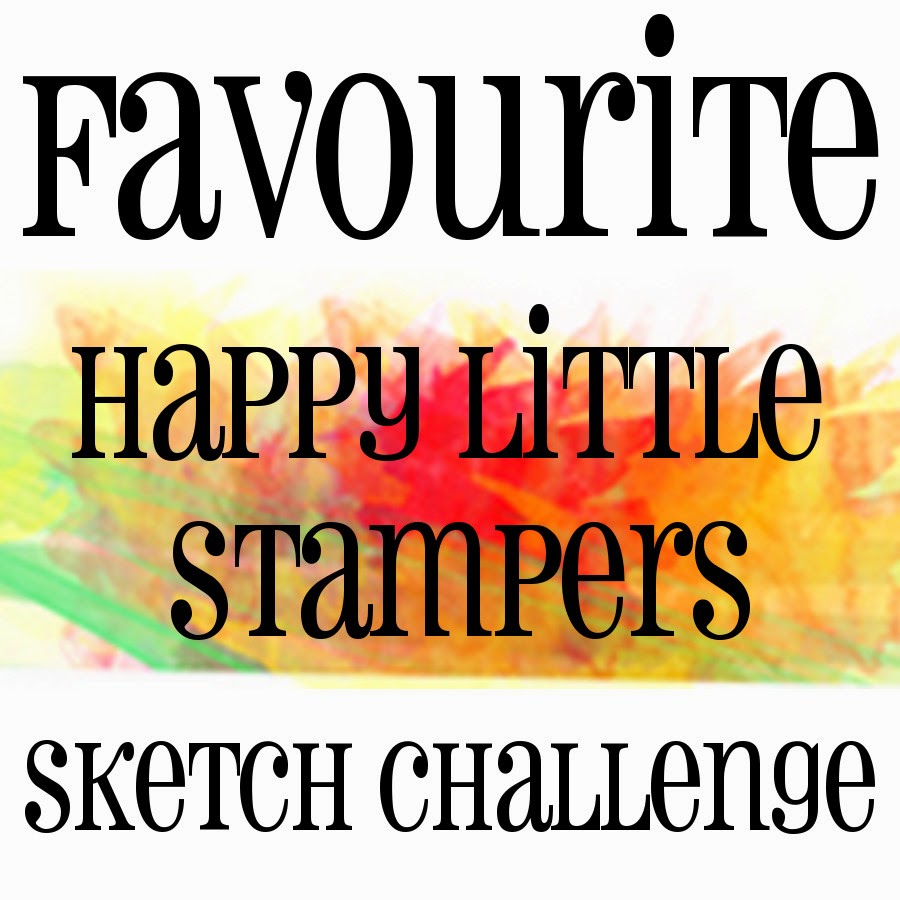 Stuff I used: Remnant of red card stock, a piece of Basic Grey 12x12 paper, and the following: