The current challenge at Jingle Belles is to make a shaped card, and rectangles and squares don't count. I hate intensely dislike making shaped cards, but in the spirit of the challenge, I decided to give it the old college try. 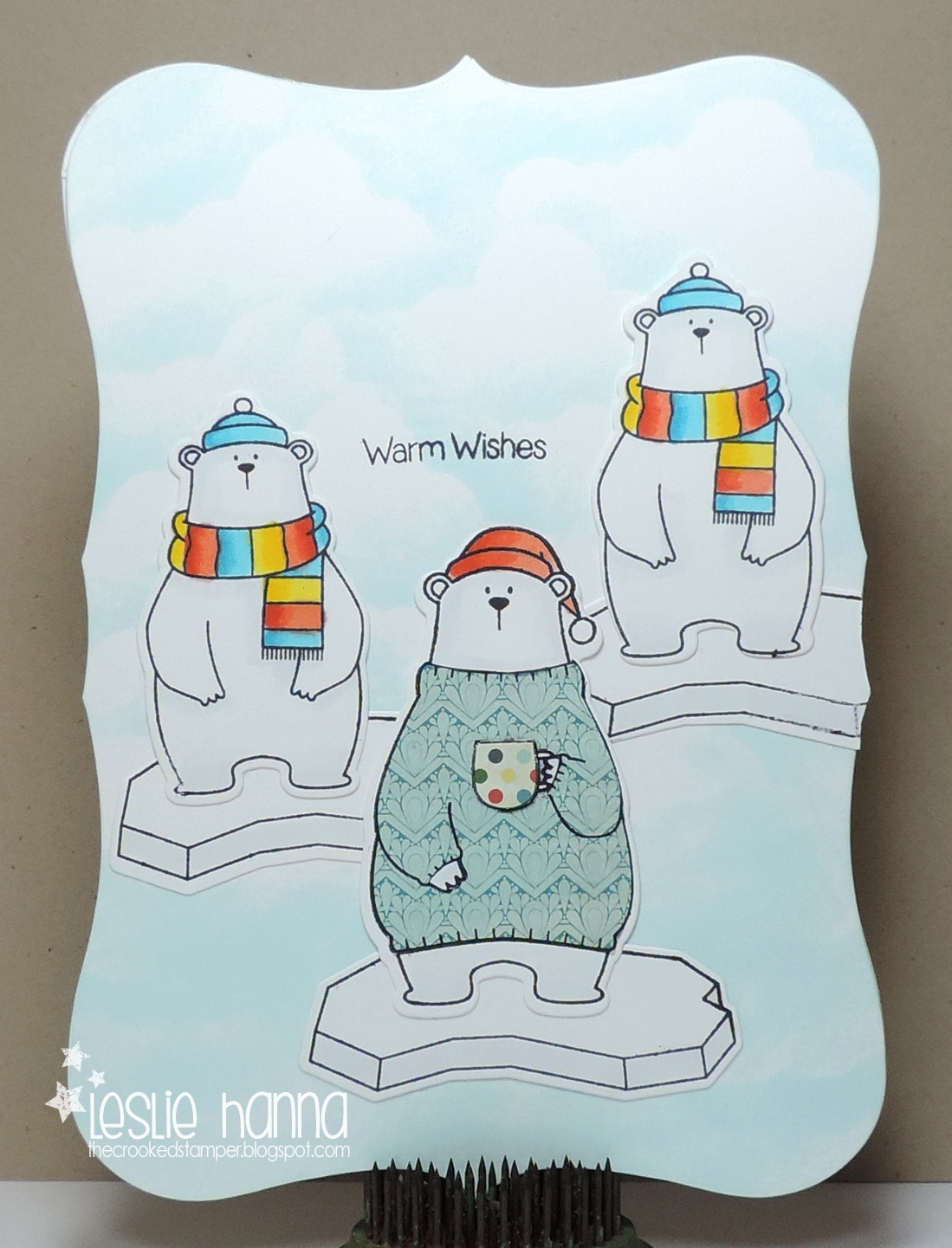 Since I follow a bazillion challenges each week, there's usually a color challenge that floats my boat, and this week was no exception. Check out the no-longer-current Nacho Average Challenge color challenge: 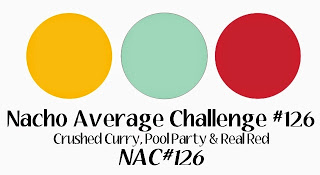 It's as if the angels sang.

So, this card base is made from the Memory Box Arabian Frame die, and it's 5"x7". H U G E! I think it's meant to be folded in half and made into a small (or note) card, but I went with the larger canvas and initiated my new MFT Cool Day bears and matching dies.

Larger canvas = more stuff to fit on it, so I went for multiple bears and ice chunks. Since these are solid dies, I cut way more than I needed to give me a chance to stamp a few straight. Then I got to coloring, stamped the sweater and mug and paper pieced them, and I was just about ready to stick stuff down when I decided the plain white background was boring.

I die-cut the Simon Says Stamp Chevron Clouds and used one to sponge around to make the sky. I had no crafty sponge, so I used a paper towel. Worked just fine!

The ice chunks were stuck down, and the bottom part of the bears were stuck to them, but I put glue dots behind the upper parts of the bears to hold them up from the card front a little bit. My last stamping act was to stamp the sentiment.

I cut a second large frame, scored it from the top at about 3/4", and used extreme adhesive to stick it to the back of the front panel.