While rummaging for something else the other day, I re-discovered one of my Bugaboo stamps and I just had to use it.  Here's my card, then I'll explain: 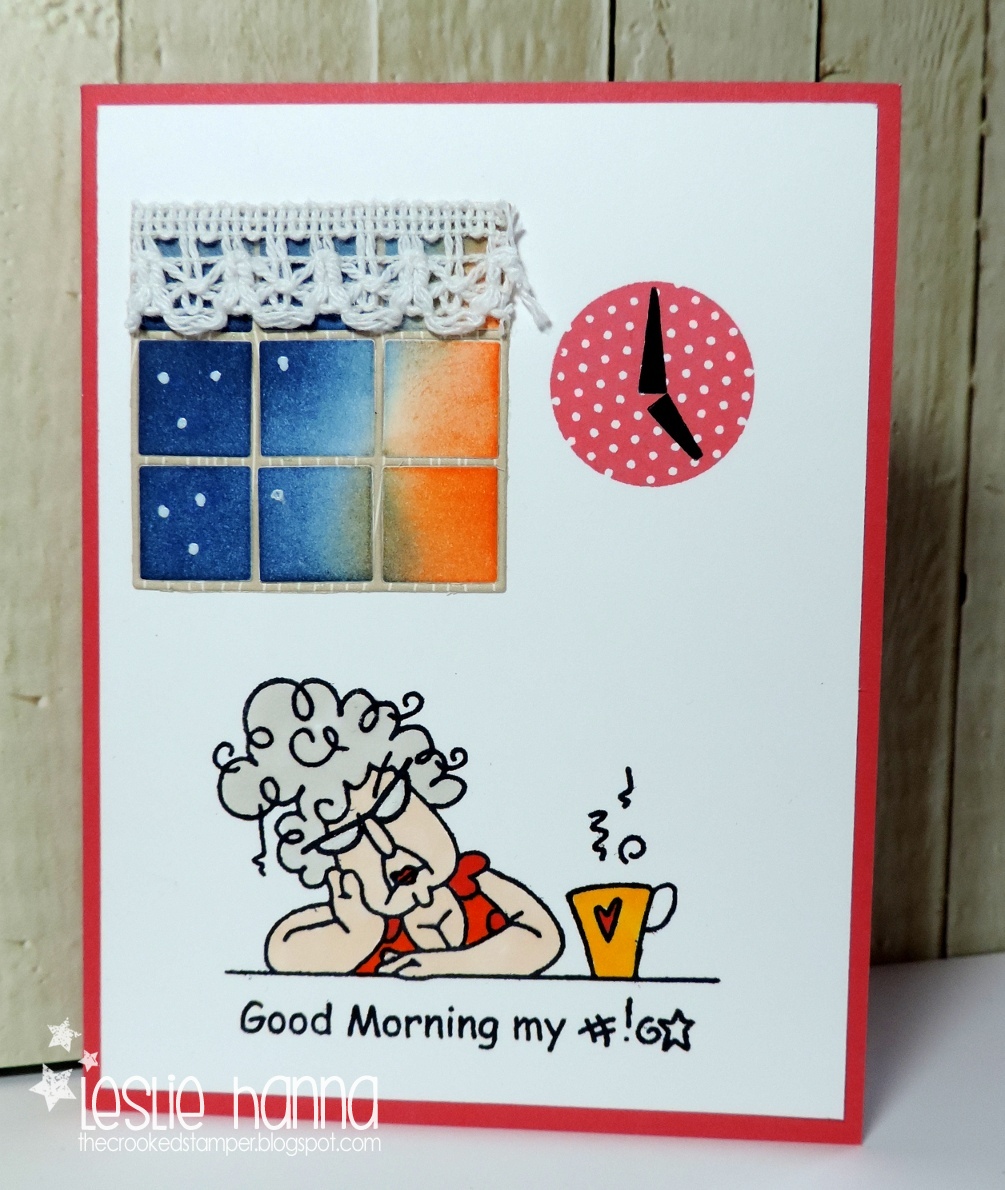 At first I wasn't going to share this one since I thought I'd done a more-is-more card. I thought the clock plus the window was too much, but a few friends thought it was just fine, and even if they were just being nice, you now get to see it. :)

I made the clock by stamping a circle from a Hero Arts set and added the clock arms from a Paper Smooches set. (both linked below)

For the window, I used a WPlus9 quilt die to cut some A Muse woodgrain card stock, then cut the die again from a piece of white. I left the squares in the white die-cut and added Distress ink to make it look like it was barely dawn. Then I put the squares into the woodgrain window frame, and added some white glaze dots for stars.  The lace was added to make it a little more homey. :) 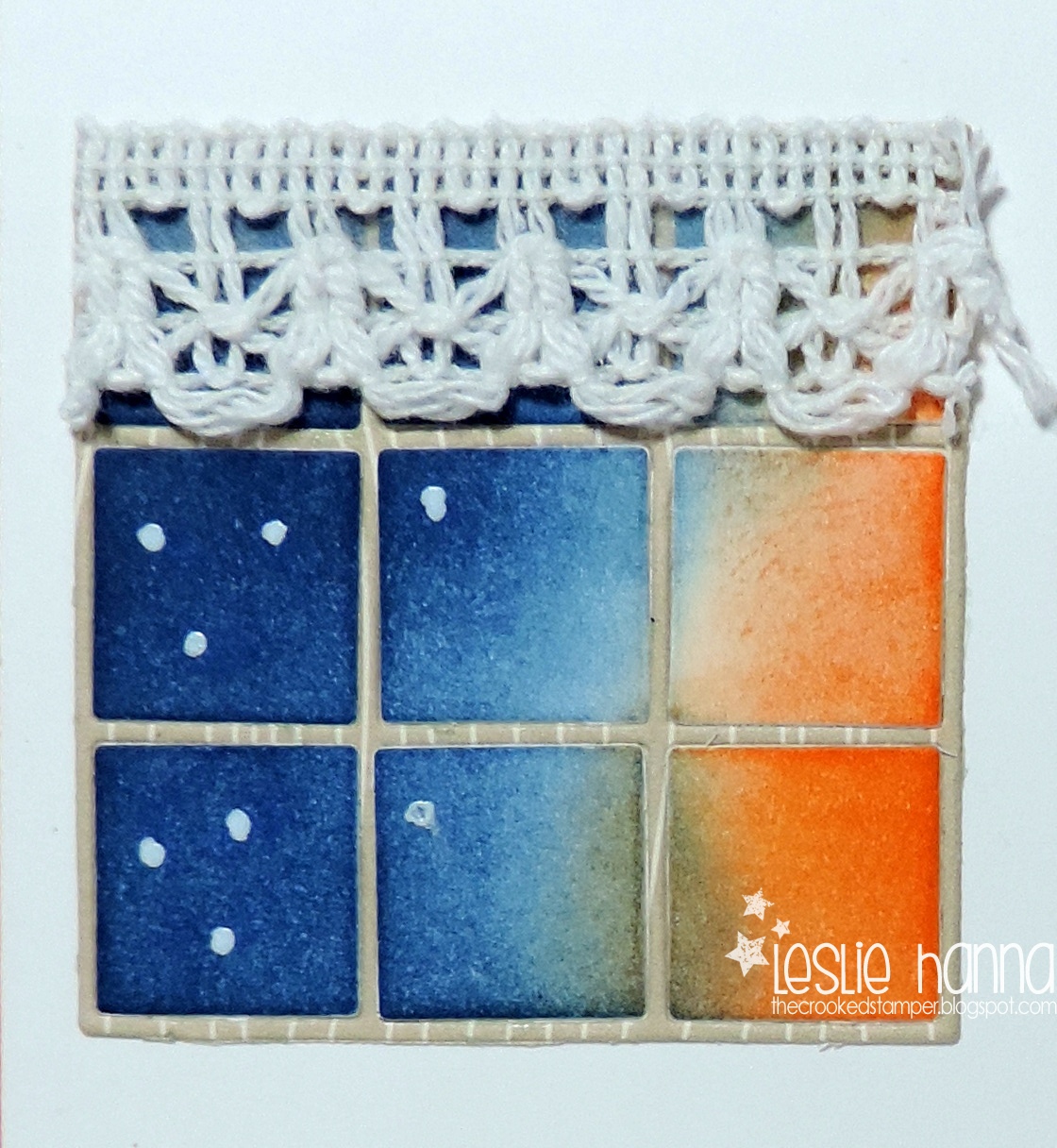 By the way, the Copic 0 marker does not remove color from Distress ink. Ask me how I know. ;/ 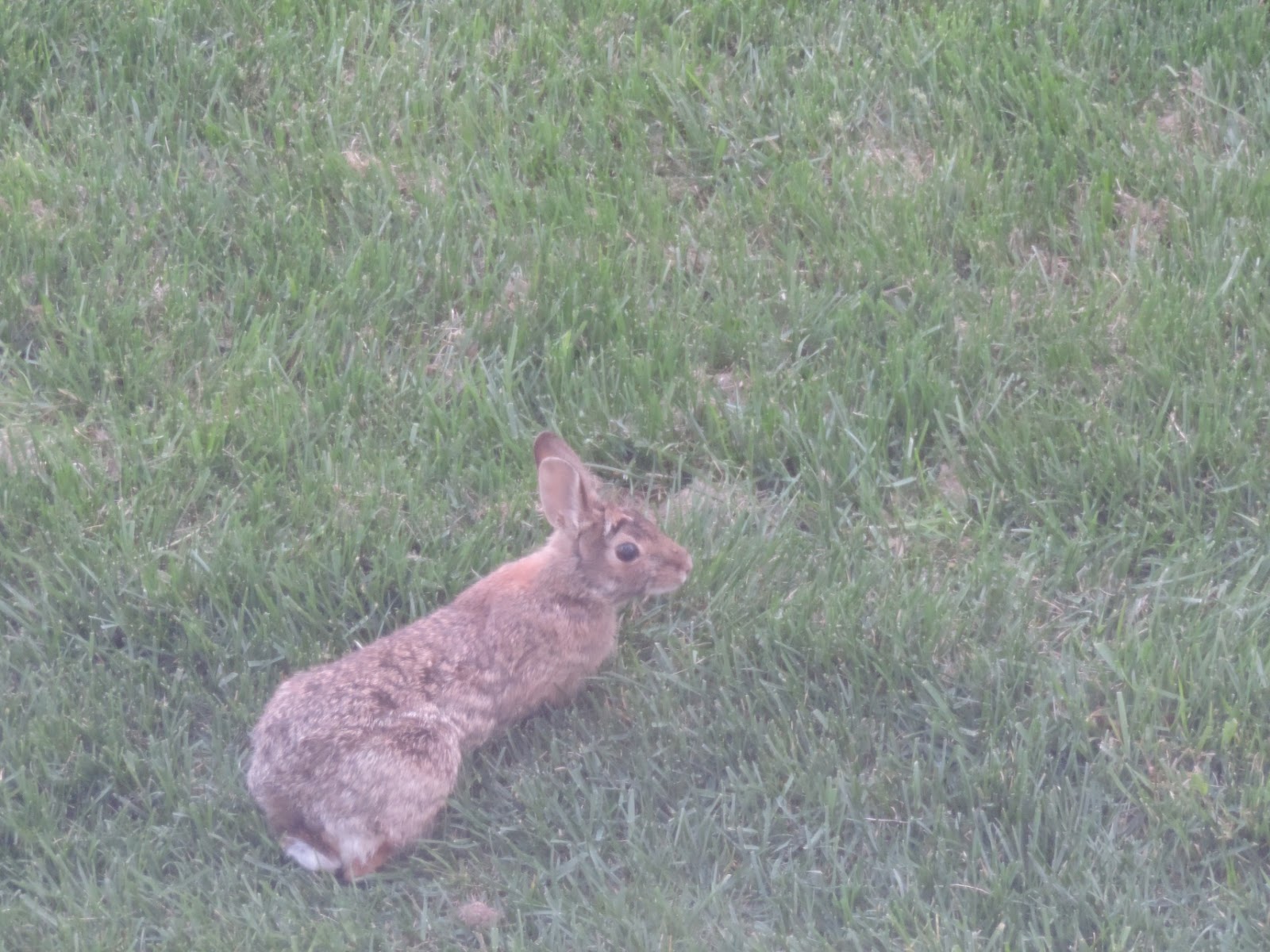 The rabbit was just sitting in the yard, nibbling grass. Bobra was sitting in his window, twitching.

Here's another shot I took before the rabbit scurried away: 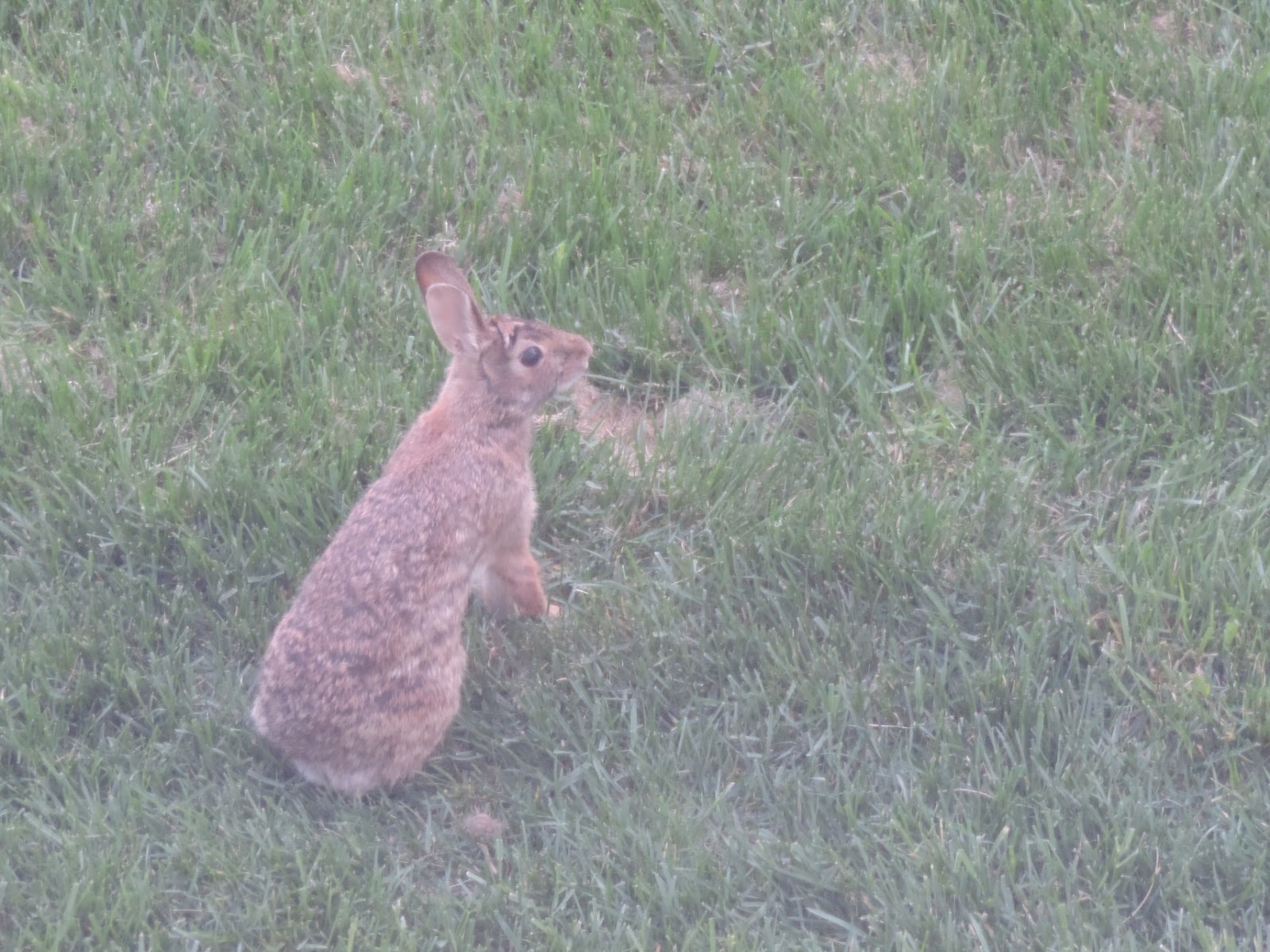 The rabbit is very cute, and I'm convinced he will nibble on my garden as soon as I plant it. I should station Bobra outside to stand guard, but he and the rabbit are about the same size, and I'm not sure Bobra would win. At least it's built-in entertainment for him. Like Rabbit TV. :)