In yesterday's post I mentioned I'd wanted to use the theme song from Green Acres as my song for the current SOS challenge, but all my attempts at my card failed, so I moved on to another song.  Well, of course, after I made that card, I tried something else for the farm theme, and this is what came out: 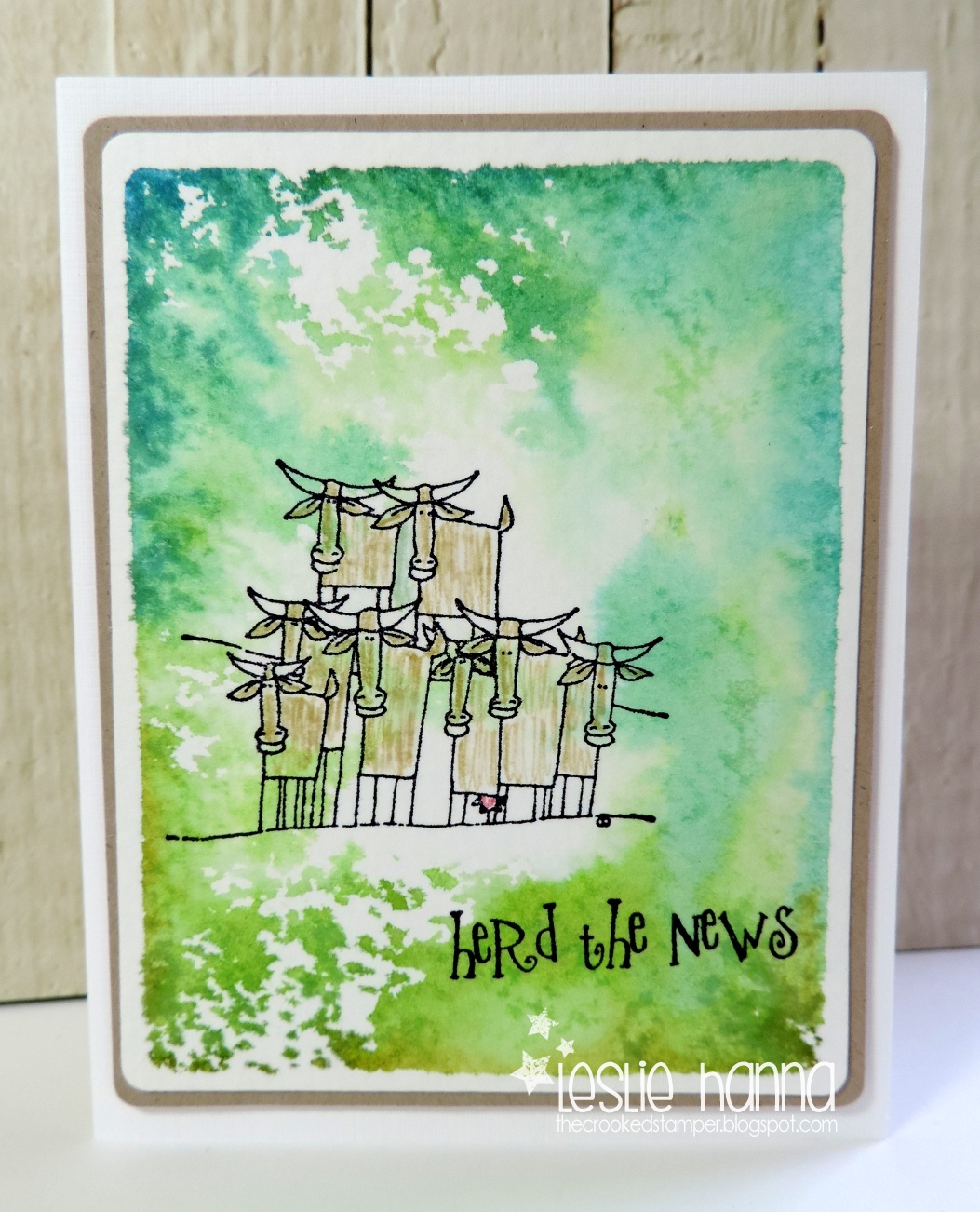 AGAIN with the watercolored background, but I did warn you. This one was made with greens at the bottom and blues at the top to simulate grass and sky. It almost worked, too.

The cows are an old stamp from Maui Cows, who are sadly no longer in business. The sentiment is from Odd Bird Planet, and I had to blow dust off of both of them, so I should get stash brownie points for that.

I stamped the cows in the open space of the background and drew some lines on them with a Distress marker. I'd say "coloring" them would be a stretch. I tried to schmear the color with water, but it wouldn't happen, so I decided I meant to do that. At least it gives the idea of brown, right?

See the space between the top two cows? I colored that brown, too, then realized IT WAS THE SKY, so I went back in with some of the Distress ink to try to cover it up. The green in the other cows was from the original background. I think it's all mushy enough that it works.

I think I'll move on to another theme, now. I'll be back if anything is blog-worthy.