No, I didn't set out to make zombie cards, but it happened anyway. In other words: I made three cards and ruined two of them. That's about right.

I went into the craft room to disappear some patterned paper I'd recently re-discovered in a nice pile, all cut and ready.  I chose a stamp set that didn't work with the papers, so I set the papers aside and used the set anyway. I'm weird like that. But the set was new and now it's been inked and used. Go, me.

All three cards are pretty much the same, except one doesn't have the zombie look. Here's that one: 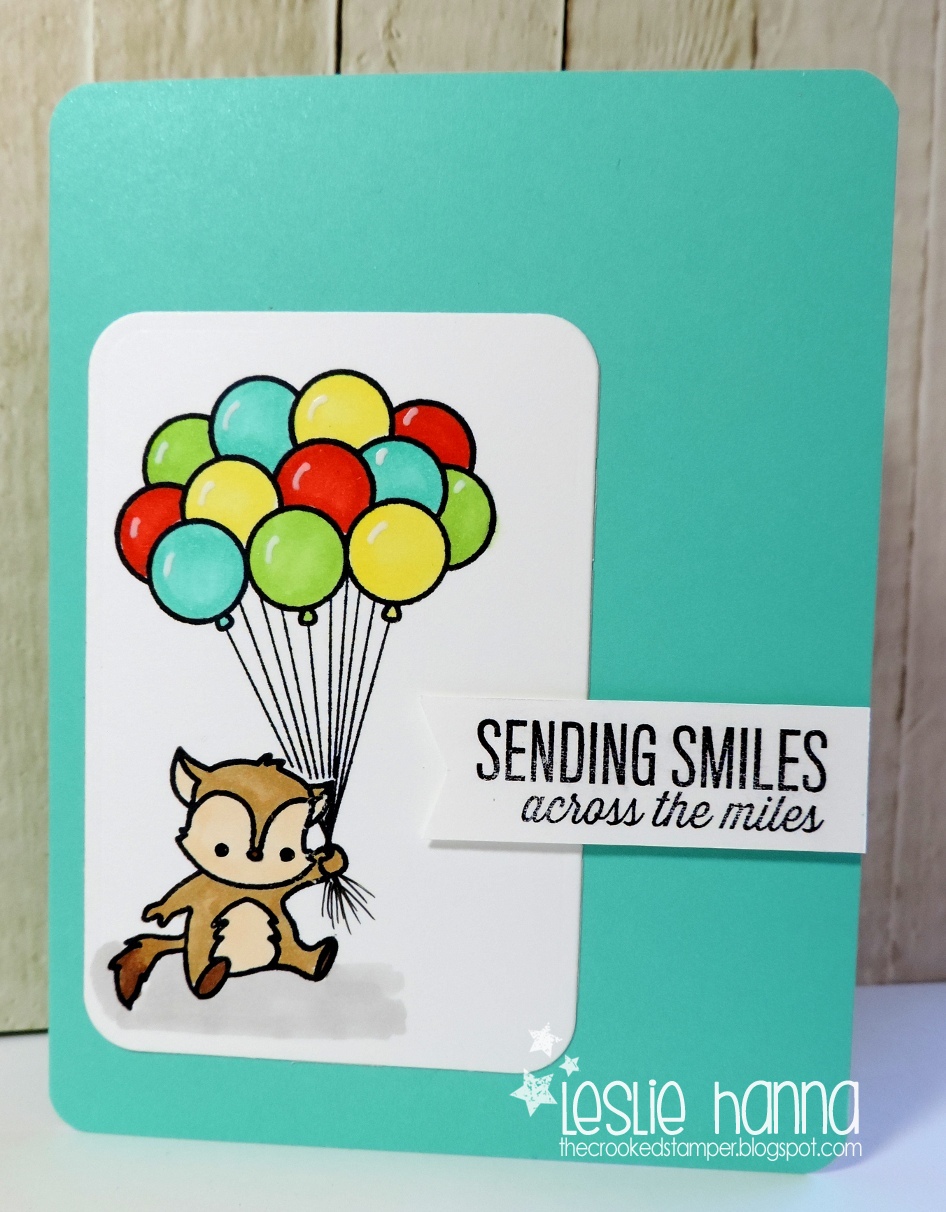 I opened and used my Mama Elephant Up & Away set. I needed those cuties with balloons!  I colored the balloons with Copics and added a "shine" by drawing a line with a white glaze pen. I drew the bottoms of the balloon strings with my .1 Multiliner.

This guy was masked to get the balloons to look like they are behind the critter. I'll show you how I did that with this next card. I bring you: Zombie Bunny: 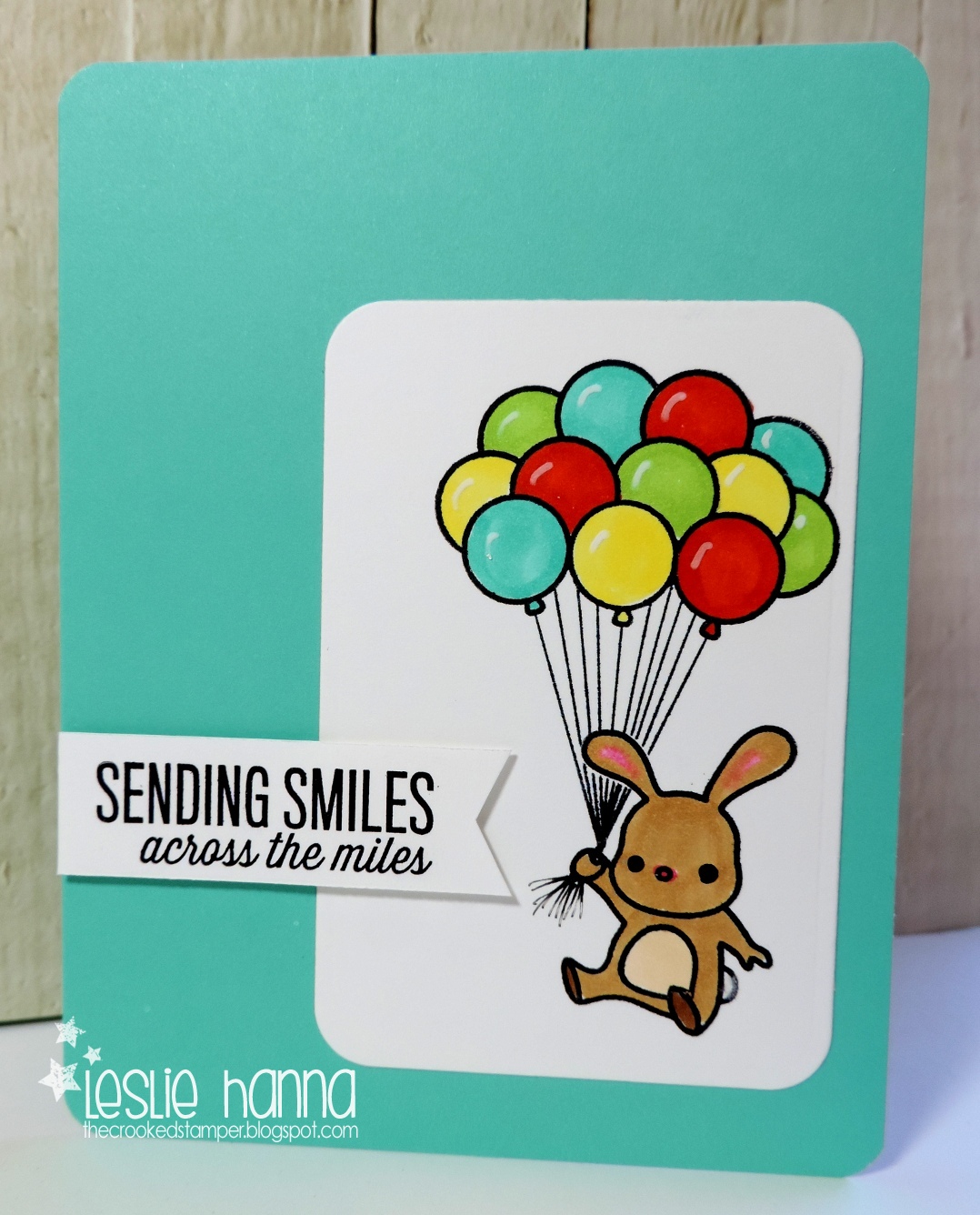 Doesn't he look possessed? I made the eyes too big when I added the drops of Enamel Accents. He looks kinda scary, even. I hope the fuzzy white tail is distracting: 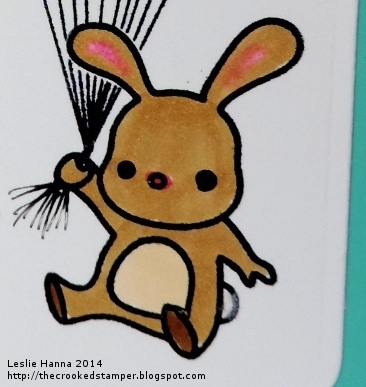 The mask. Since these balloons needed to be behind the critter, I needed to mask him, so I stamped him on a piece of masking paper, but only cut out part of him: 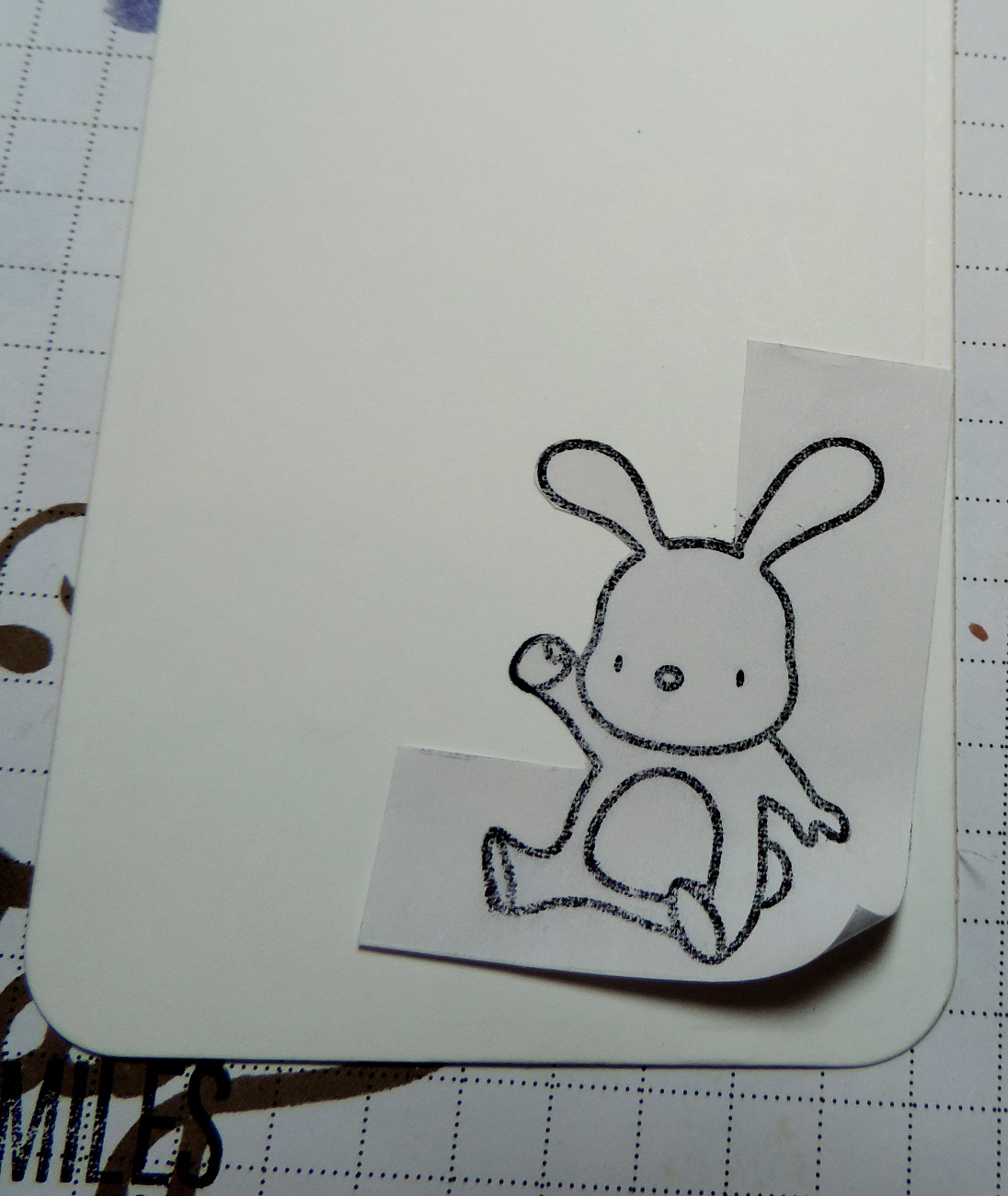 I mean, really, why cut out the whole mask when you only need to stamp over one small part of it, am I right? Some may argue the masks can be re-used, but I've not been overly successful in that effort, so I was lazy.

Here's the balloons stamped over the mask: 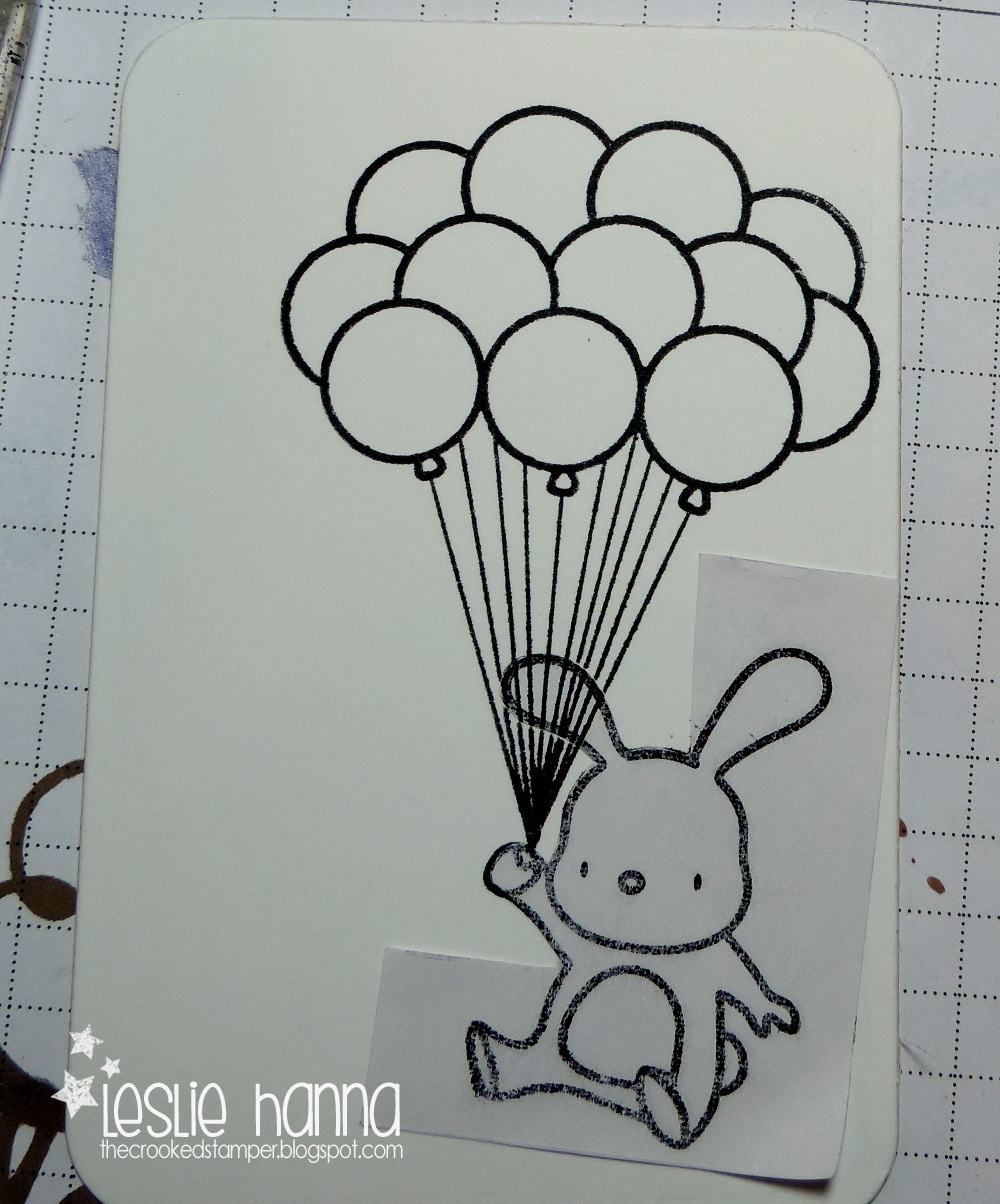 and here is the image once I removed the mask: 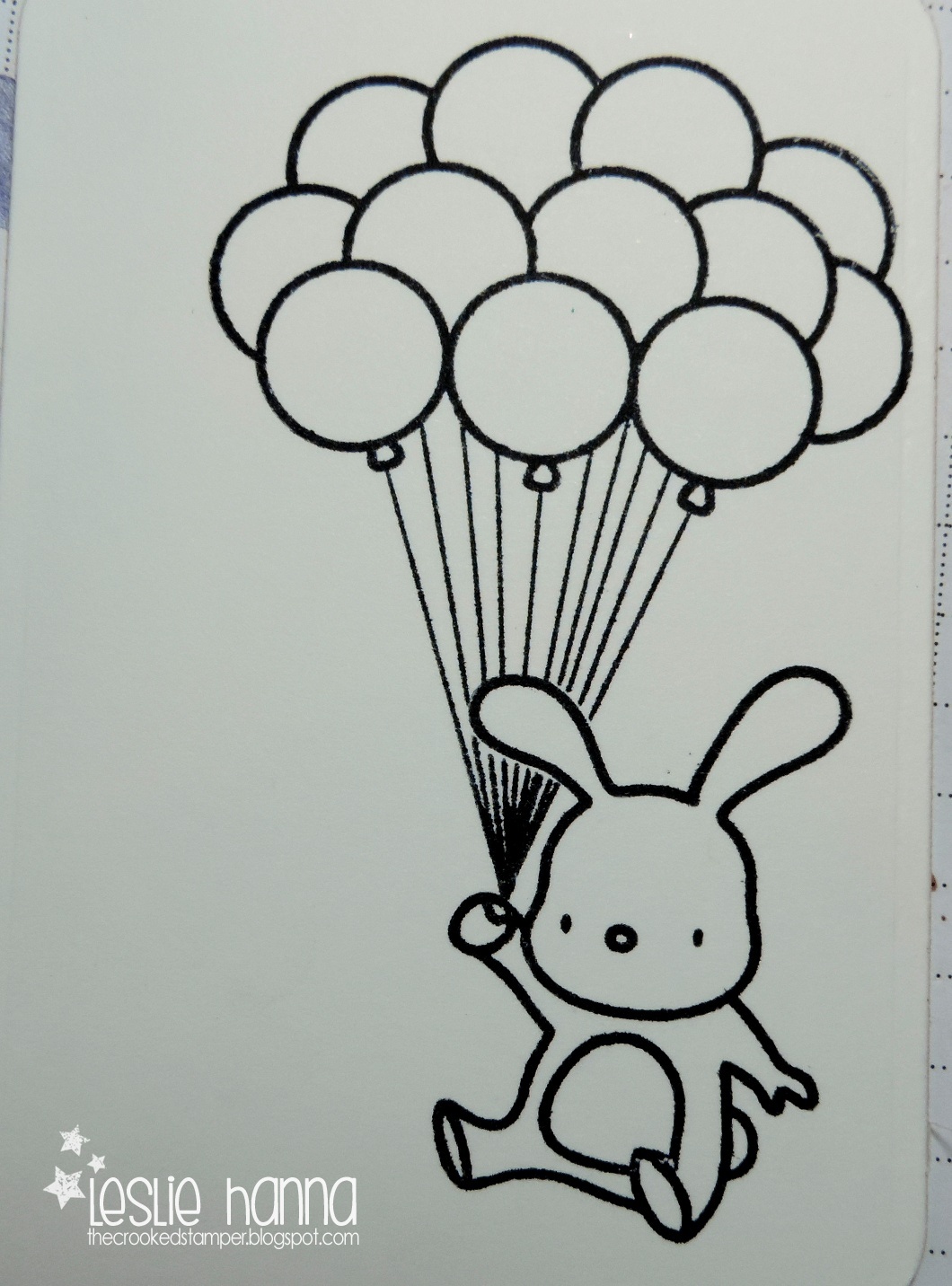 Here's the third and last of the three cards: 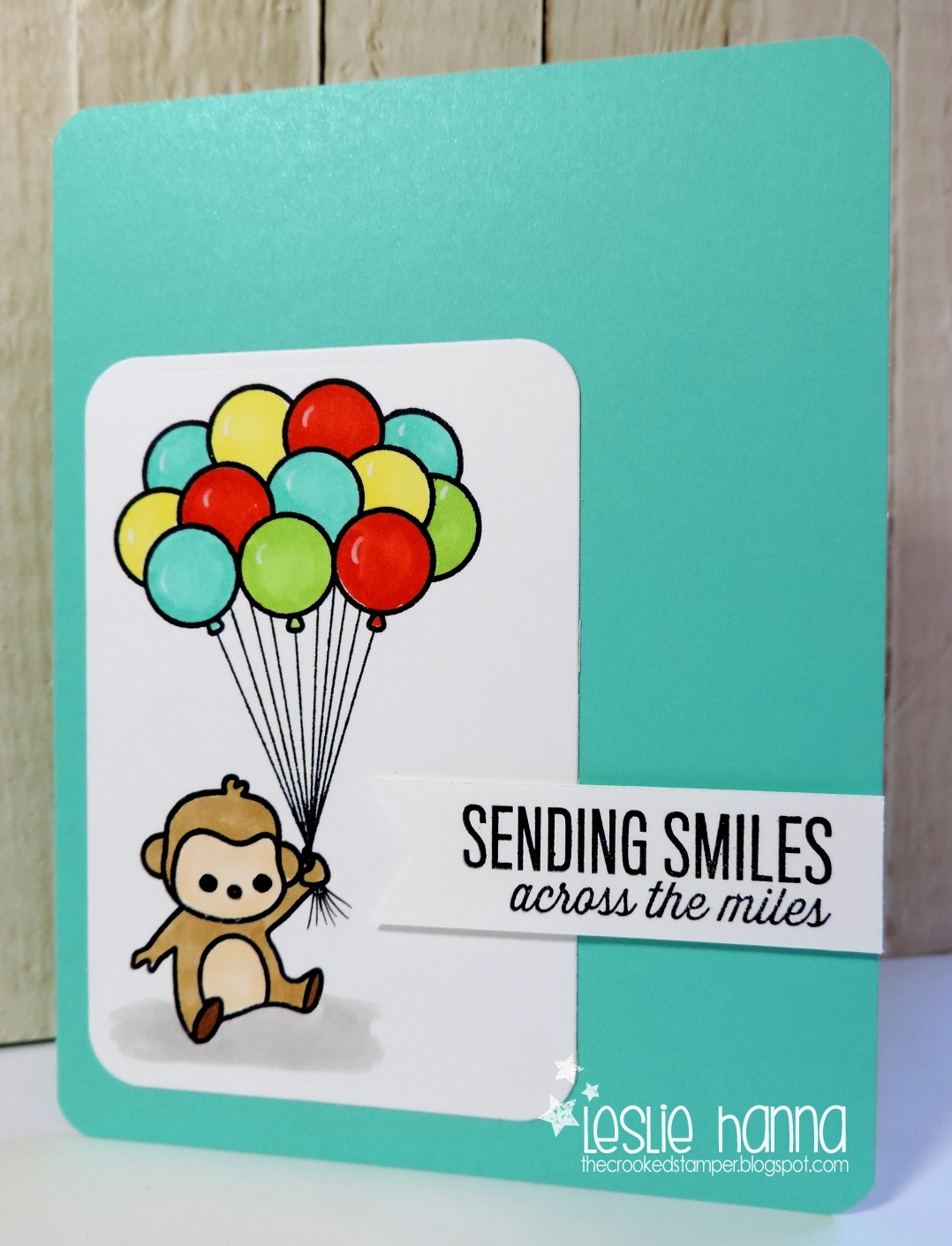 He's a zombie, too. His eyes are too big. Maybe someone will get past that and just see the fabulous balloons, right? Sigh.

Now I'm going back in to find a sketch or two to disappear that stack of patterned paper. Wish me luck!