As I set out to use more of my Me And My Big Ideas (MAMBI) card stock, I realized I had no paper to coordinate with the (gah) pink dots, which may also be why this stuff waited until near the end of my efforts. I finally gave up with the pink and went for more Kraft-colored card bases, thus minimizing the pink. Whoot. 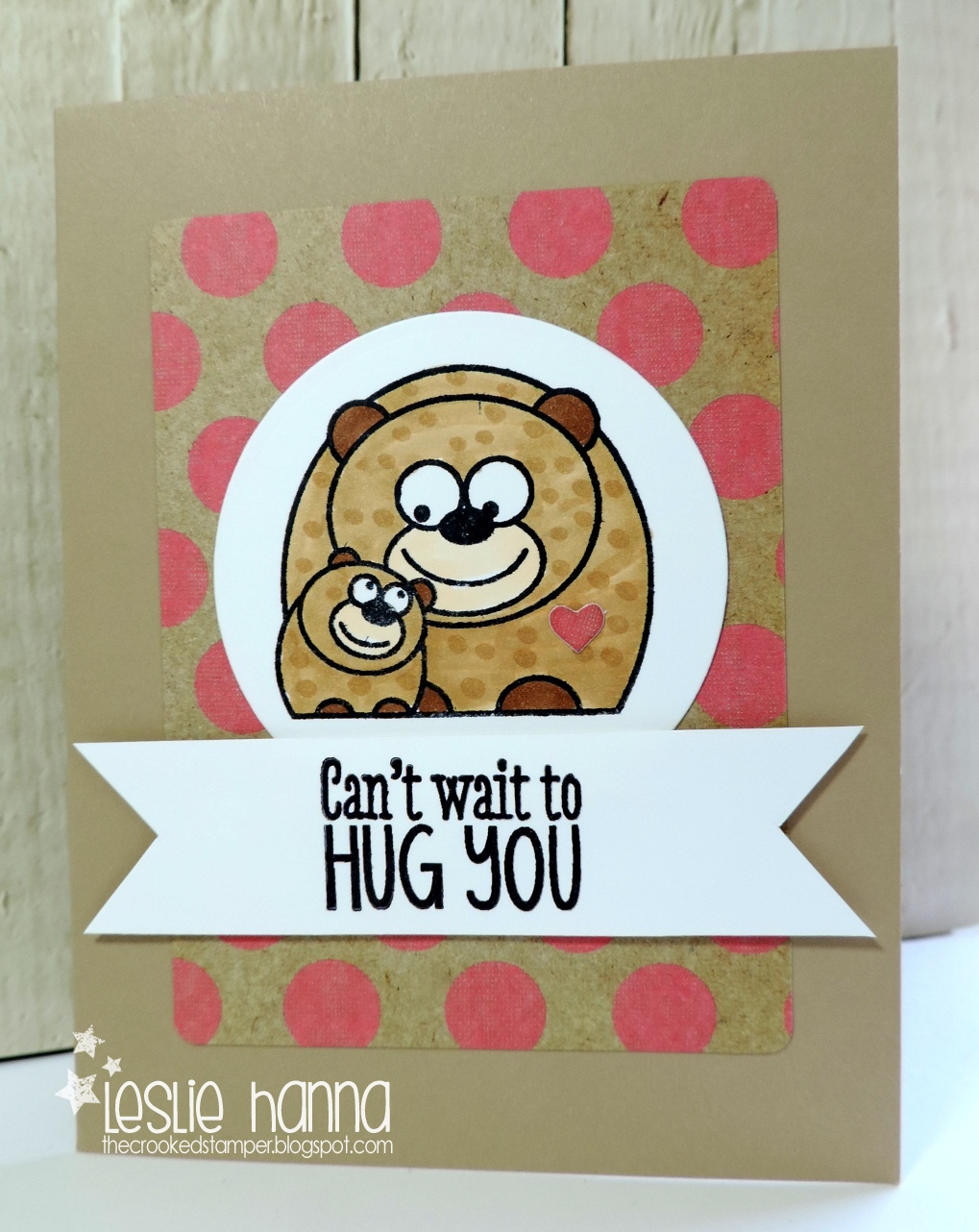 See the pink dots? I think they sorta fade with all the Kraft around them. heh heh That's actually a Hero Arts Latte card base.

I stamped the image onto white card stock, then die-cut it. I originally wanted the circle off-set to the left and the banner stuck under it, but it didn't fit, so I had to go with Plan B and center the whole thing.

Now, about the spots on the bear. I have no coloring skillz, especially when it comes to large areas where it's easy to see the brush strokes. I detested my coloring so much, I contemplated stamping on patterned paper and cutting it out to paper piece the bear, BUT since I made 10 of these, not gonna go there. So I added some dots using the same color marker to attempt to distract you from seeing the bad coloring underneath them. Thus, I've invented a spotted bear. How special.

And to add a little something-something, I used a tiny heart die to cut hearts from some of the remaining pink circles to make hearts for da bearz: 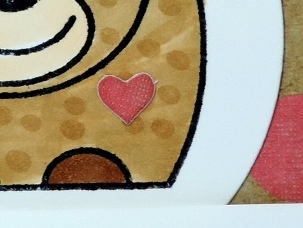 GAH! Now you can see the awful coloring I was trying to cover up. ;/

I do have a few pieces of MAMBI card stock left. I might go hunting through the OWH sketch list to see if I can find one or two sketches to trigger some ideas. Wish me luck!

And thanks for stopping by!

Stuff I used: MAMBI card stock, and the following: