I think I'll call this one a WHAT WAS I THINKING card, and enter it into the current Sisterhood of Snarky Stampers challenge: 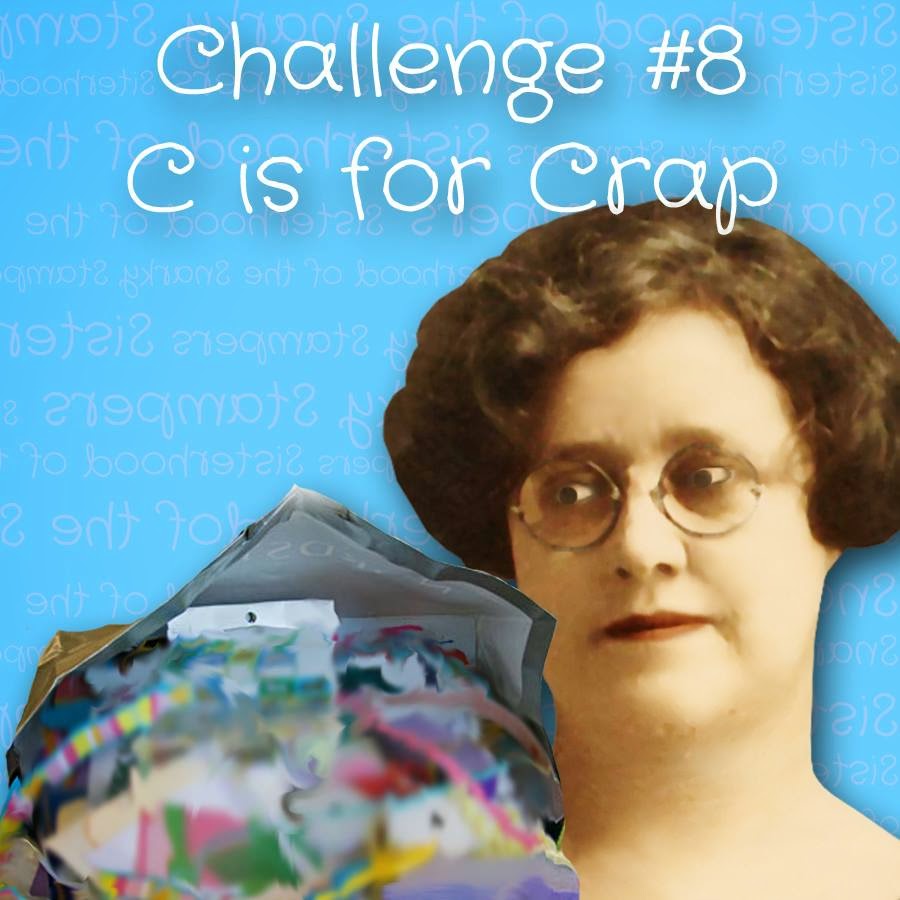 I don't know about you, but I have a lot of s-crap that I thought was a good idea at the time I acquired it, but now ... not so much. 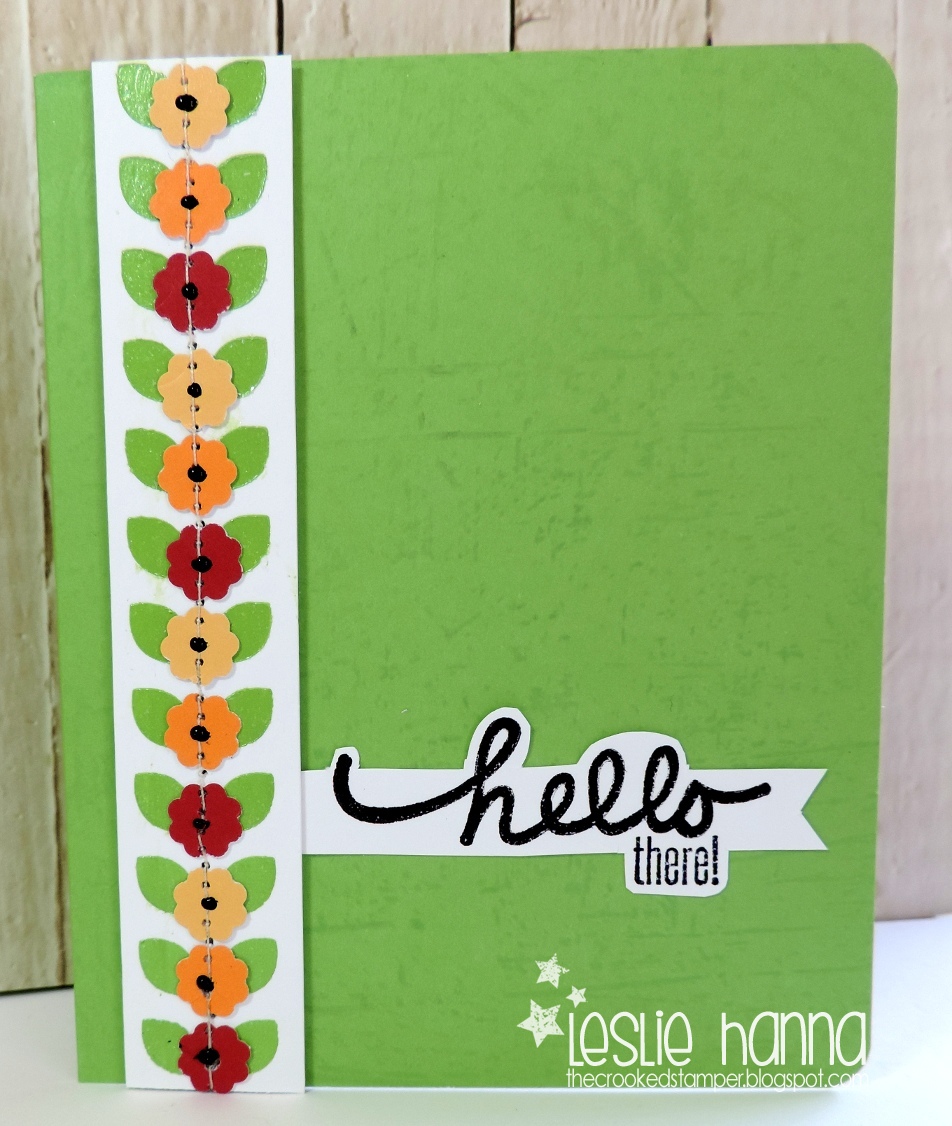 This all started with a set of Plaid Folkart Peel & Stick Painting Stencils. I liked that they stick, so there's no need to tape them to your card stock. But I failed to see that they are narrow, and thus I got glop all. over. my. card. And I am so good I did it over and over again. Then I got smart and applied painters tape and/or washi tape to my next few attempts, but where it did reduce (not eliminate) the slop-over, the tape stuck to the card stock and tore it, more than once. FAIL FAIL FAIL

I finally decided all I'd ever get was a strip of the stuff, and once I embraced that idea, I was good. Oh, the paste was made by smooshing together some Pearlescent Embossing Paste with some Distress Mowed Lawn paint.

I had this idea to put tiny flowers between the leaves, and once I realized I didn't have any tiny flower dies (after going through each and every one of them), I remembered I had a tiny SU flower punch. *whew* I punched them out of remnants of Hero Arts layering papers and stuck them on between the leaves with mini glue dots.

I figured I needed mini brads for the centers to make them look more finished, and also to hold them on to the card, since one of the mini glue dots failed me right off the bat. You know what? I have a VAST collection of brads, in every color and shape. But mini? SURE! I have everything.  So I punched a hole in the center of each flower, then went digging for brads. The only pack of minis I could find were black, and they weren't very mini. Pretty much filled the whole flower. Anything smaller? Nope. FAIL FAIL FAIL

Sewing. Sewing would hold those things to the card, and also cover up the holes I'd punched. So I went out to the garage to retrieve my sewing machine that was wedged behind something else I had to move out of the way, hauled it into the 3rd bedroom, also known as the craft room annex, set it up, found some thread in my sewing box that was still in a moving box, a box that Bobra then took over: 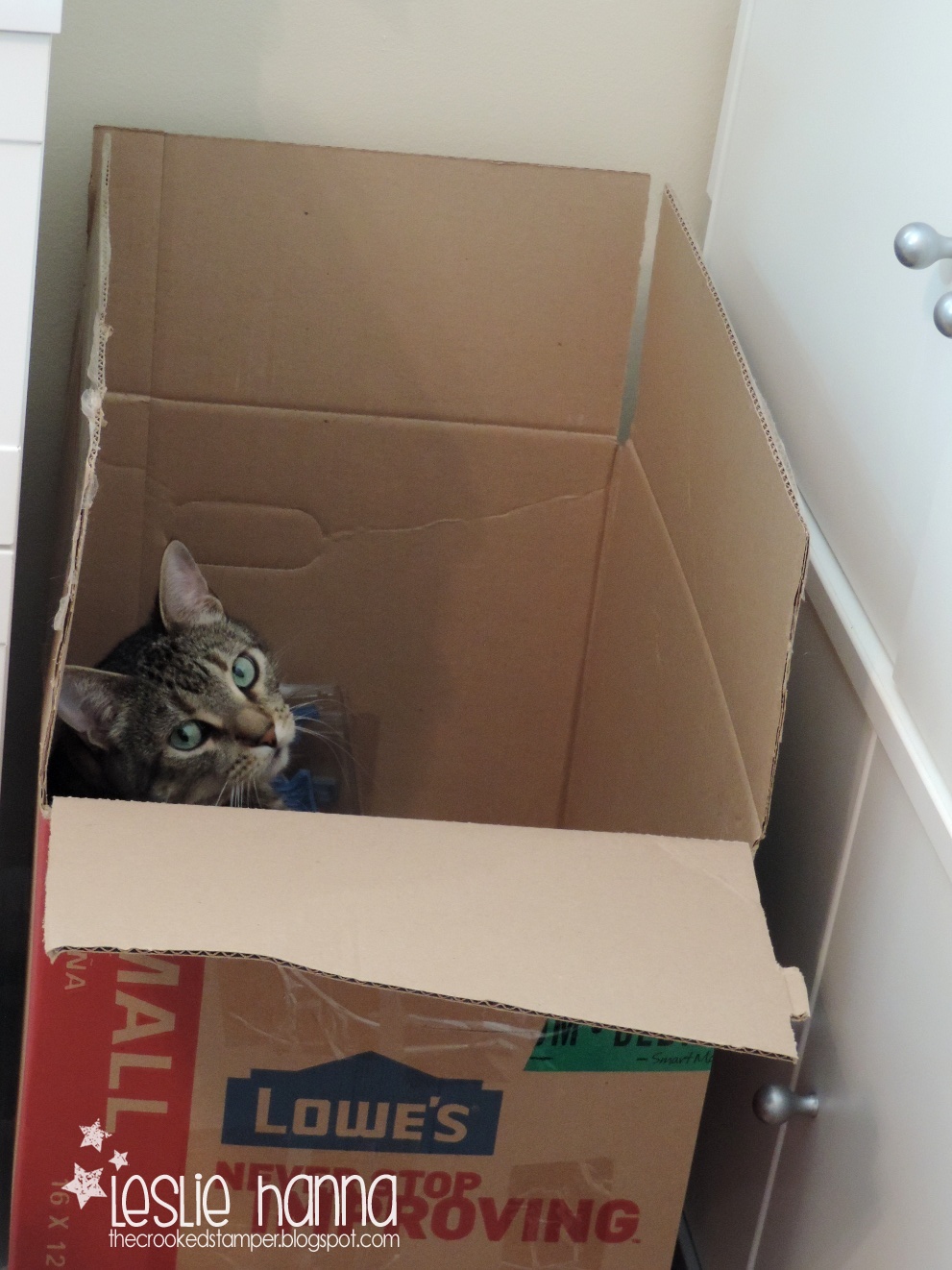 Fifteen minutes later, I'd threaded the needle and sewn a mostly straight line through all the flowers.

Now I still needed to cover up some of the holes I'd punched, so out came my Viva black Paper Pen (which I so rarely get to work, so of course, I have it in many colors), and put mostly even-sized dots in the centers of the flowers.

Then I decided the green card stock was boring, so I stamped one of my Impression Obsession backgrounds with Versamark. If you look closely, you might be able to see it.

I finally stuck on the strip of flowers using foam tape. Almost done!

Sentiment, it needed a sentiment. I pulled out my Jillibean set that was made in China and doesn't stamp very well, stamped it not very well, then went over the whole thing with my black Memento marker to color in all the letters. I hand-trimmed it so just the loopy letters stuck up above, stuck it to the card and called it DONE!

So there you have it: Narrow, sticky stencils and Viva Decor Paper Pen are my Crap du jour for the challenge.

PS: I hate intensely dislike this card, but this is an example of why I think some cards should cost $10, just in sweat labor.