I was futzing around in the craft room, and actually put away a few packs of random buttons that have recently come to live in there. That finished, I spied the current sketch from Kathy's Waffle Sketch File: 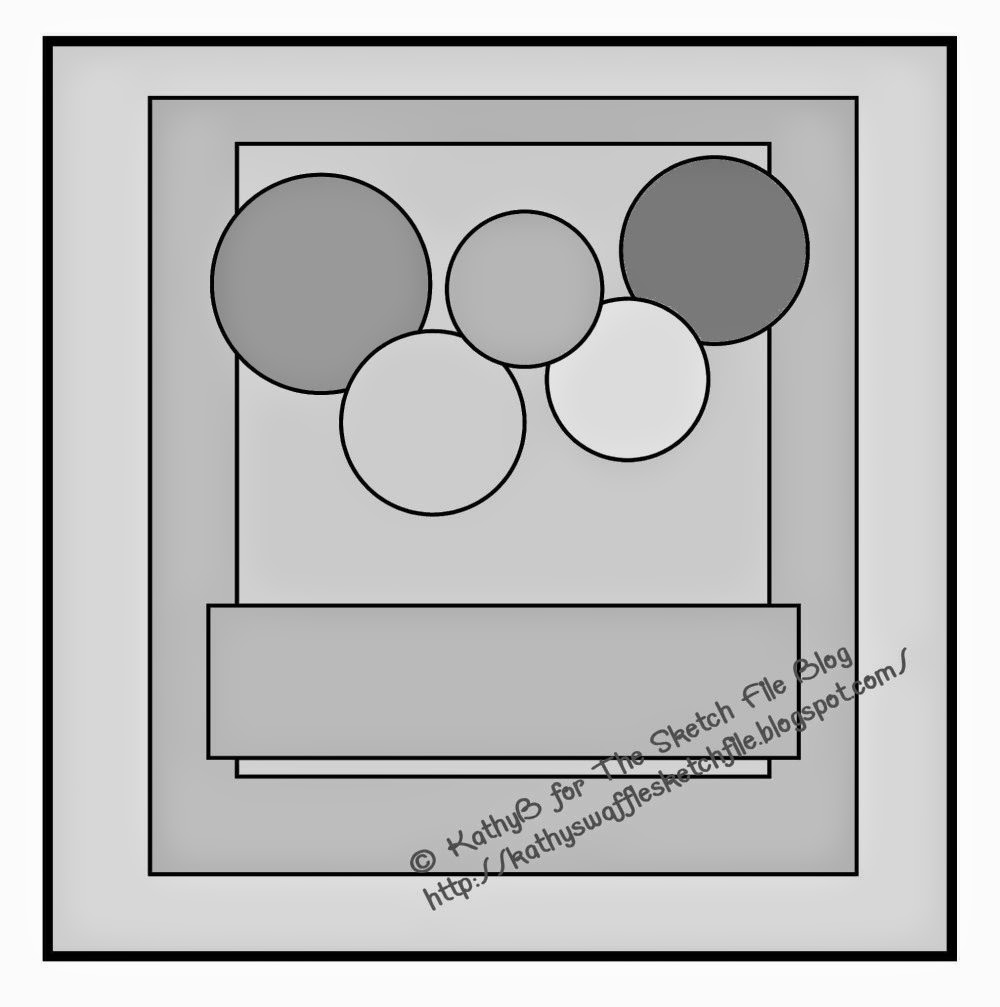 and my pea brain saw BUTTONS, so I took them back out and made this: 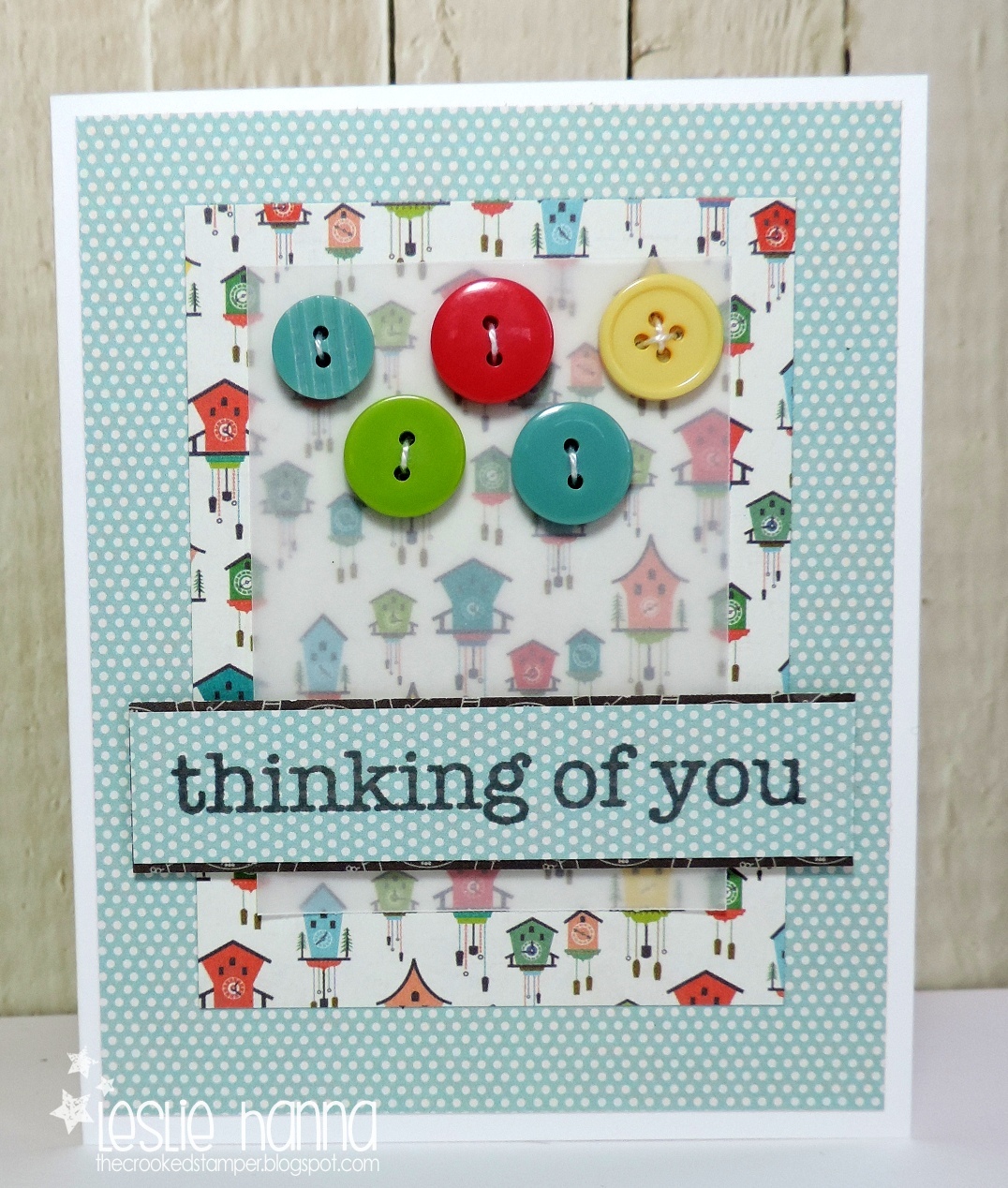 Obvious, I know. What I'm most proud of, though, is the sewing of these buttons through the vellum layer to hold the vellum to the card.  Unfortunately, this was my second attempt, because the first time, as I was admiring my stitching, I noticed a stray piece of vellum on my desk. ACK! I'd sewn the buttons to the card without the vellum layer! Just look at this: 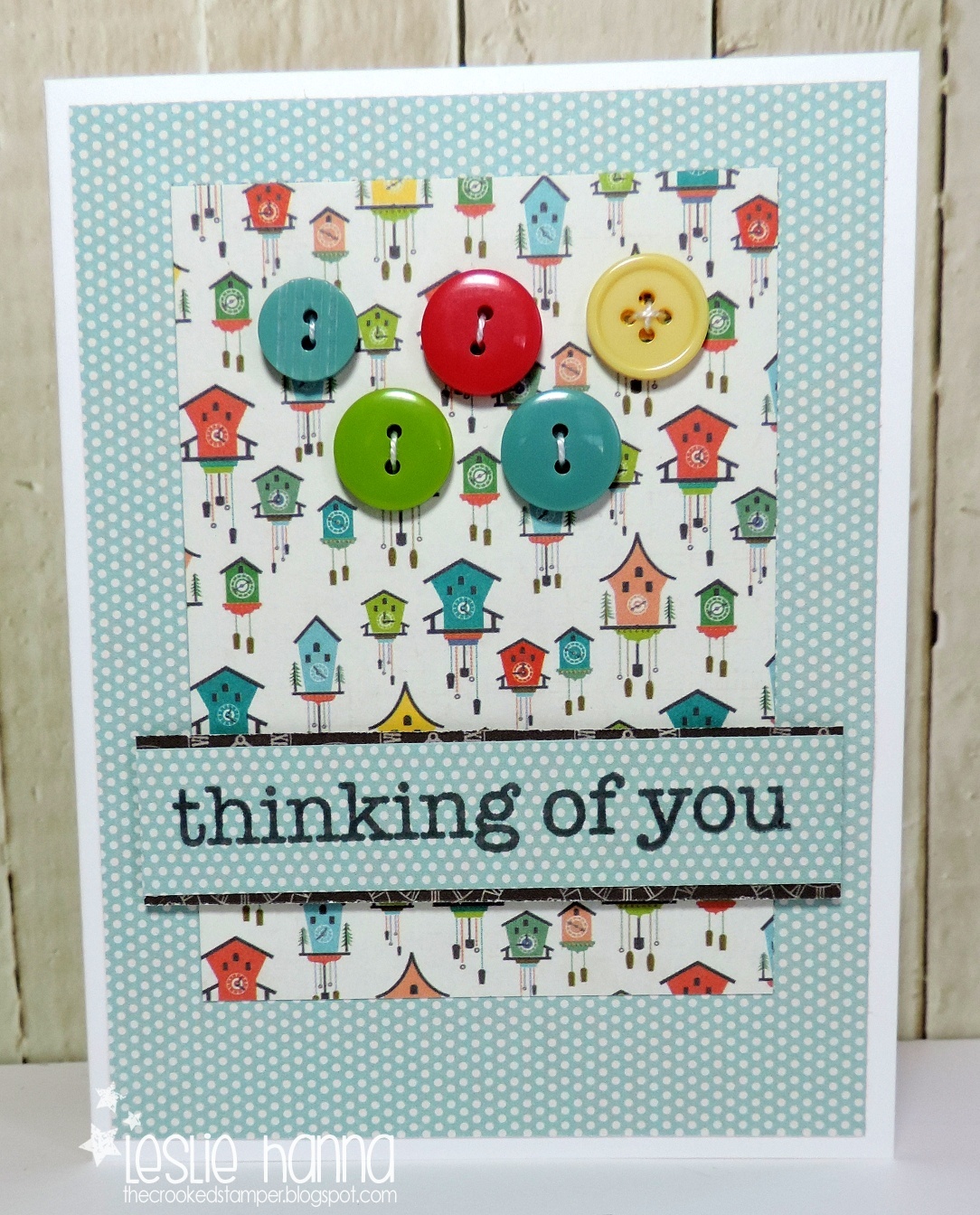 I was ready to undo all the stitching and re-do it, but I thought nooooooo, just make another one. After all, it used up five more buttons from my stash. :)

Here they are side-by-each so you can see the difference: 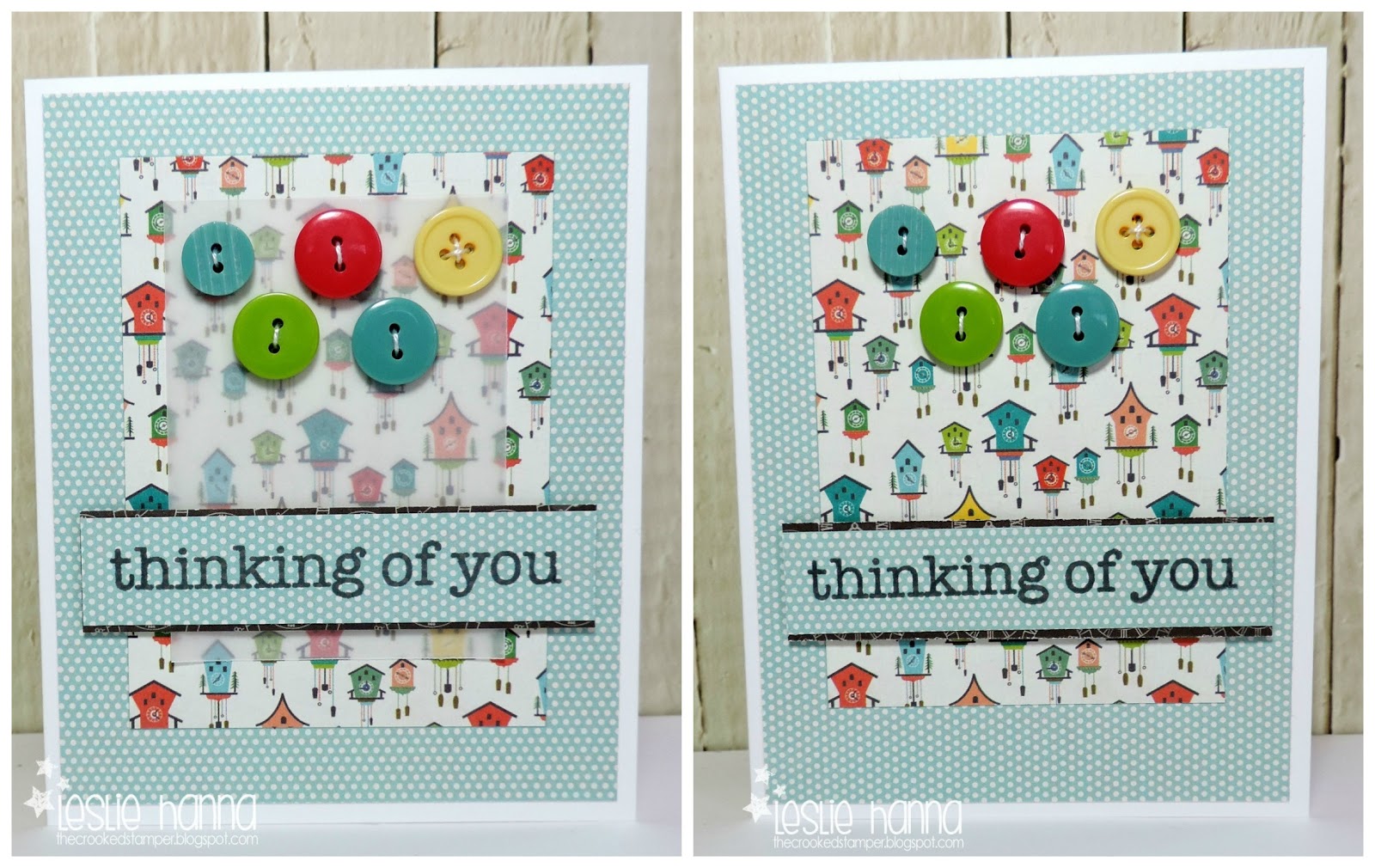 It's veeeeery subtle, but I like it better with the vellum layer.

In other news, I get my second of eight CSA boxes this afternoon. I decided to sign up with Dorothy Lane Market for their food share program, as it would assure I acquire vegetables once per week, and I'd be forced to eat them knowing I had another box to pick up seven days later. So far, it's mostly working. Well, except for the kale. I don't like kale. I'd rather eat spinach, but there was kale last week and there's more coming this week. Ugh, and BEETS! Guess what I'll be giving to one lucky neighbor. ;/

Now I need to stamp. Thanks for stopping by!

Stuff I used: Miscellaneous buttons that were gifted to me and now they are gone, white crochet thread, SU Dimensionals, and the following: