And So It Begins

Welcome to my nightmare: The Captain's Table: 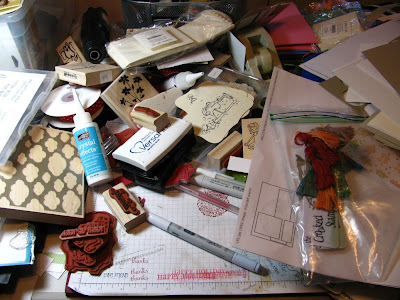 I have declared my Winter goal to be working through this mess, and it began Sunday evening. The ONLY thing I'm going to point out in that pic is this: 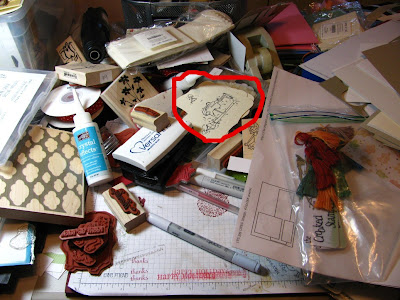 Way in the back are stamped images of The Christmas Carol frog. My goal was to have him be my holiday card this year. HAHAHAHAHAHAHAHAHA, omg, I crack myself up. ME? SEND cards!?! HAHAHA. (ahem) So I made one a while ago: 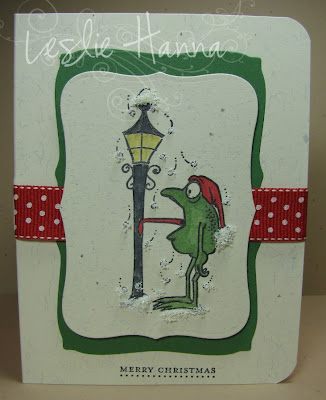 ... and last night I made 5 more with those remaining images, but I used a Souffle pen instead of FlowerSoft on the white parts. I bagged and tagged them, then put them in my box of Christmas cards for next year.

Then I moved something on the table and found three stamped ornaments that didn't even make it as far as the UFO pile, so I made this: 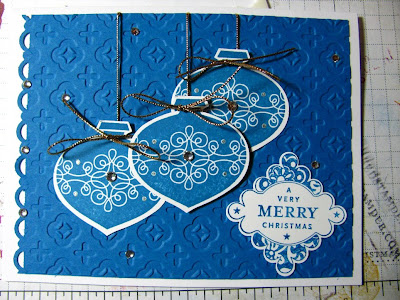 The sentiment isn't stuck down yet in that pic. I actually mounted that set just to use the image. (I am so proud.) But it's too big, so I cut off the top and bottom parts and ended up with this: 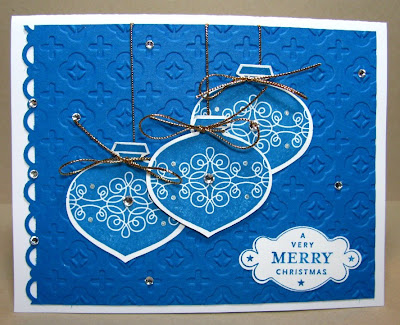 Not too shabby. This will also land in the Christmas box for next year.

I'll be working my way through the stuff on the Captain's Table, finishing things, putting away the supplies used, and eventually I shall see the table top. I SHALL!

After I'm done with that effort (I predict it will be some time in February), I'll start on my second Winter goal of using every object purchased and still in the bags in which they traveled to chez moi. Then I will put them away. By April I hope to have some elbow room in there! I know, it is a lofty goal, but I really, really reallyreallyreally want to make it happen. We'll see.