If I were smart, which some days I know I'm not, I'd only make belated birthday cards. You know that whole "I only make cards, I don't actually send them" thing ... it would be so much easier to just have belated birthday cards on hand for those times you see someone wish someone else a Happy Birthday and you realize you've totally missed it, again.

I was playing with my stack of undone challenges the other night, and ended up making this: 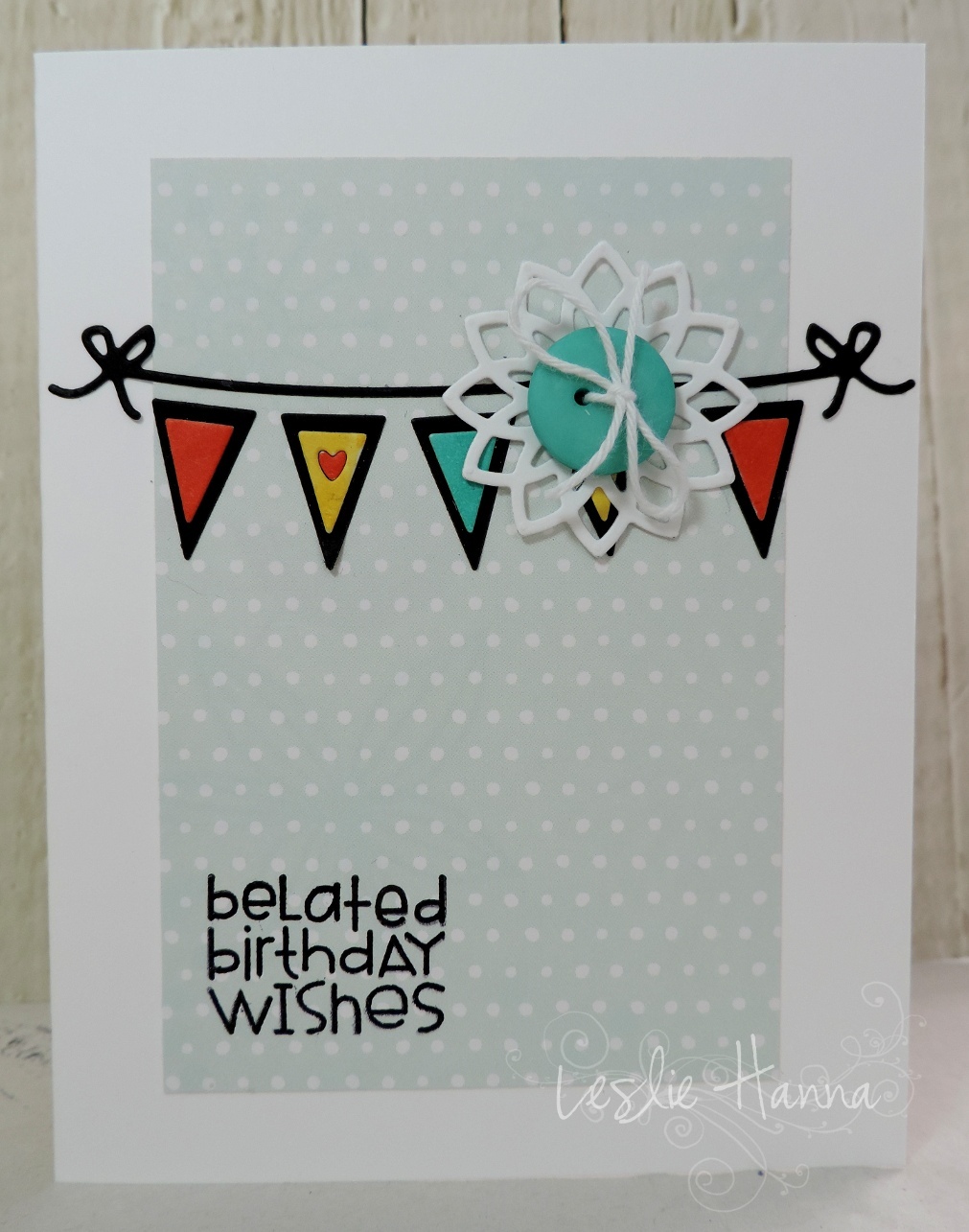 I broke out my Simon Says Stamp Party Banner die that has been grossly neglected. I cut the string and background triangles out of black, then cut the smaller triangles out of white and colored them with Copics. The long string thing was too long for the card front, so I cut it and hid the seam behind the button. I used the negative of the die-cut to line up the triangles ... you just know I'd get them crooked otherwise.

The polka dotted paper is from The Heaplet, and I like that it's a pale green-blue and coordinates with the other colors.

And that white die-cut under the button? It's another neglected die I re-discovered while thumbing through my dies. It's actually a buckle die, with a place in the center to thread ribbon or a strip of card stock. I only liked the outside edge, though, and I covered up the center with a button.

I combined the current sketch from Seize The Sketch: 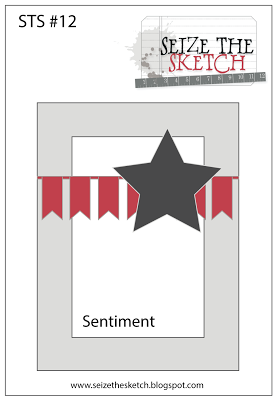 and these colors from Reverse Confetti: 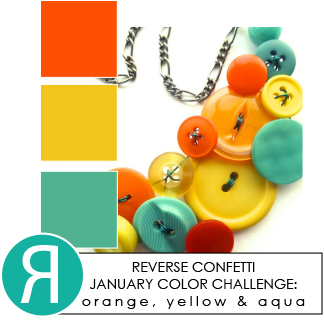 I used a red-orange instead of pure orange, but that's okay, since I was merely inspired by the colors, and anyway, I didn't use any Reverse Confetti stamps, so I can't link up, but still ...

I like doing these challenges. I need to get busier and do more of them. :)