When I saw this card, I knew immediately I needed to CASE it. I can't stand it when I see a card made with a stamp I own and I DID NOT THINK OF THAT!

Normally I don't like to 100% CASE something, because that just isn't right, but this time I came pretty close: 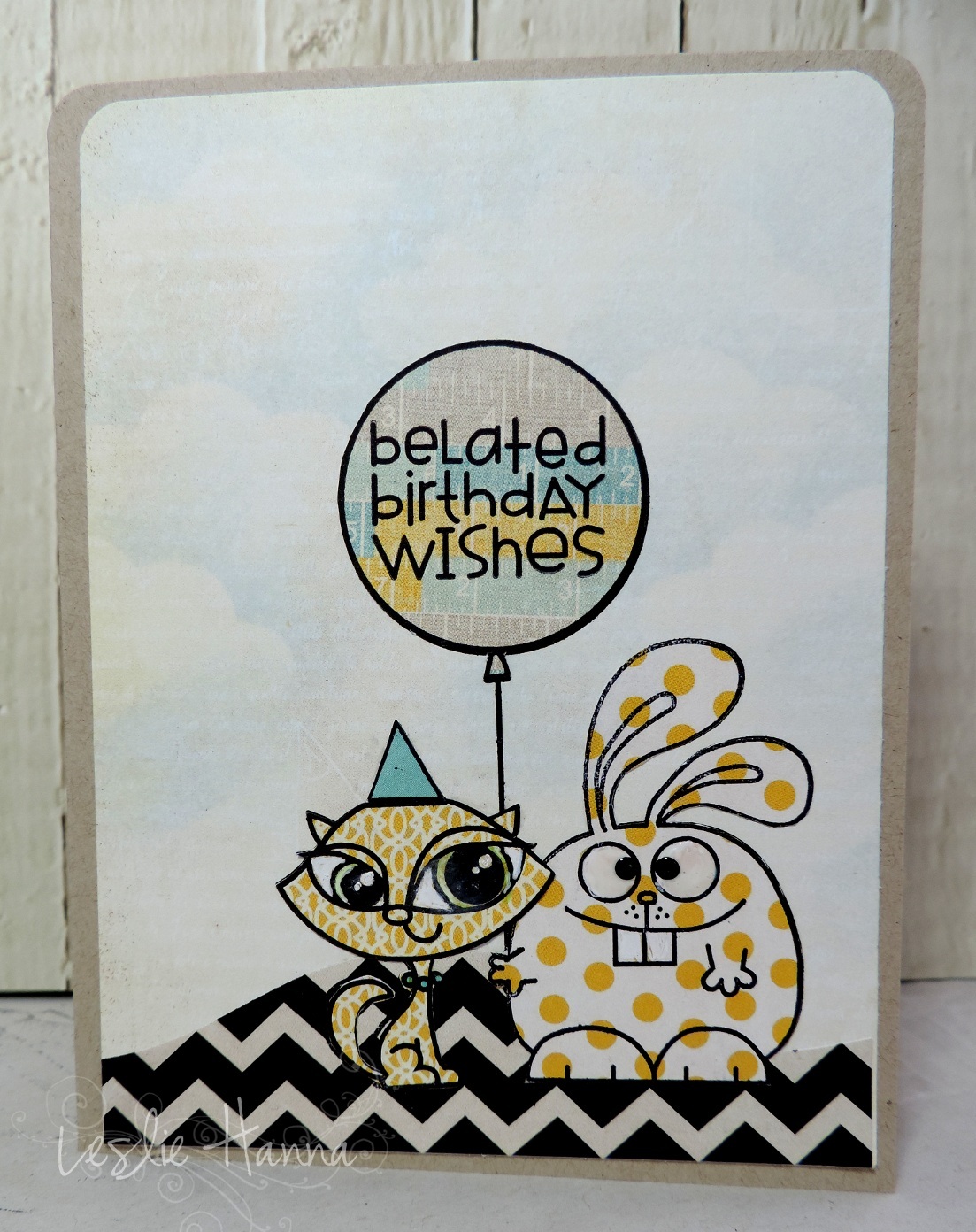 I used papers from the Fancy Pants Park Bench 6x6 pack for the paper piecing, and a piece of Basic Grey Basic Manila (remember that one?) for the background. It's off-white enough to go with the Fancy Pants papers, and it has some really faint lines in it so it's not boring.  Even so, I sponged some clouds over it. I don't know when to quit.

I changed up the sentiment from the original even though I actually have the one she used, and it would work better with the black hill and all, but I just couldn't bring myself to get that close to what I was CASEing.

Since I'd stamped the images on patterned papers, I needed to fix the whites of their eyes. Unfortunately for me, this close-up shows you not only the good stuff, but also my boo-boos: 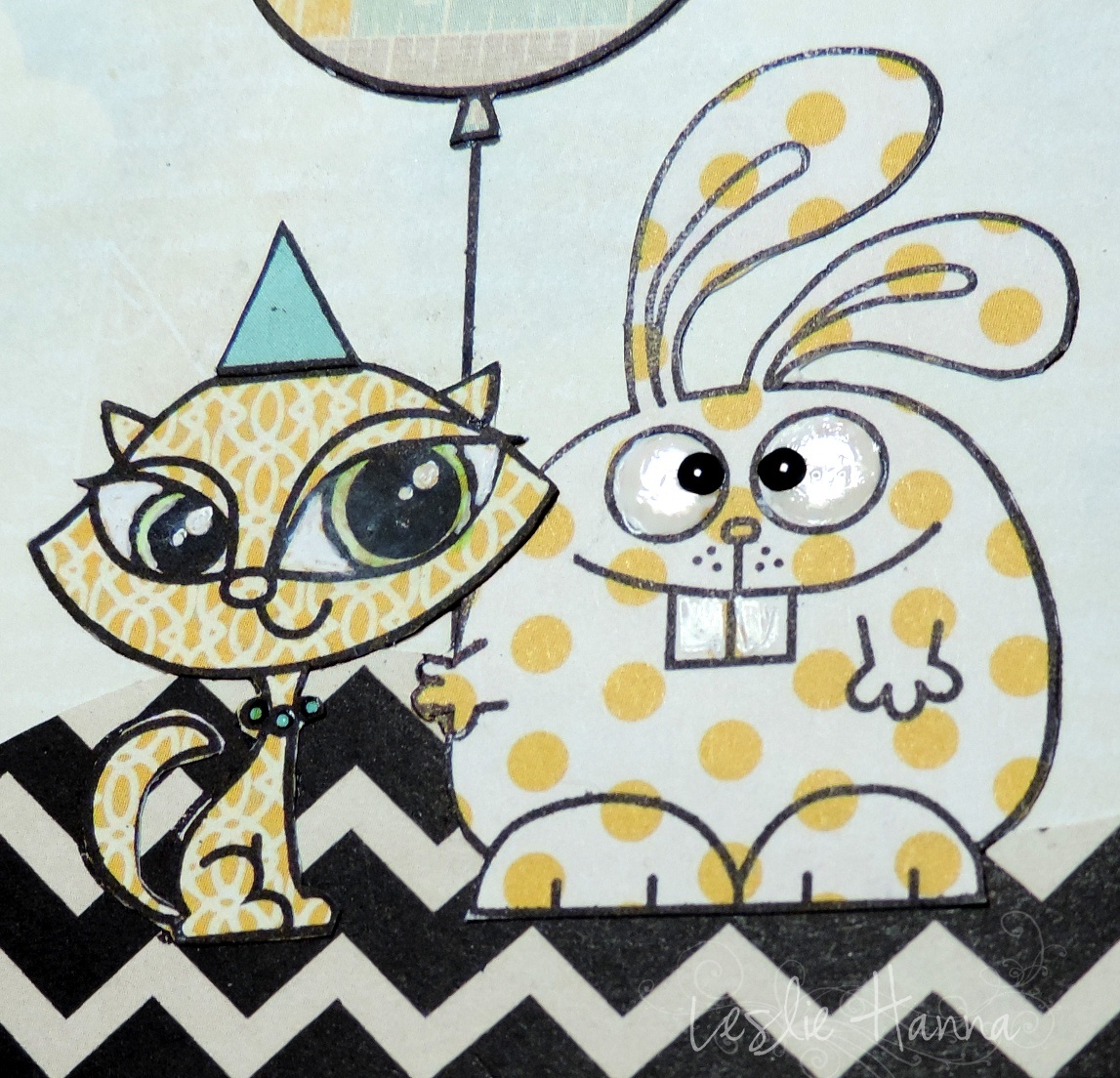 I started out with my white gel pen on all the eye whites and teef, but the spotted guy's eyes just didn't work out, so I went back over them with some white Enamel Accents. When that dried, I added dots of the black. I like how they came out!

The kitty's eyes? Not so much. I had used the white gel pen over the dots in the black parts of her eyes, then thought I'd try Enamel Accents. WRONG! So I wiped it off and now the black part of her left eye is schmeared. Maybe she has Glaucoma?  I wasn't going to futz with it any more. If I get around to it, I may re-do both of her eyes and paper piece them on. Could happen.

I was heavily laden with guilt at so close a CASE, and decided I needed to make another one that was just inspired by the original. I made this: 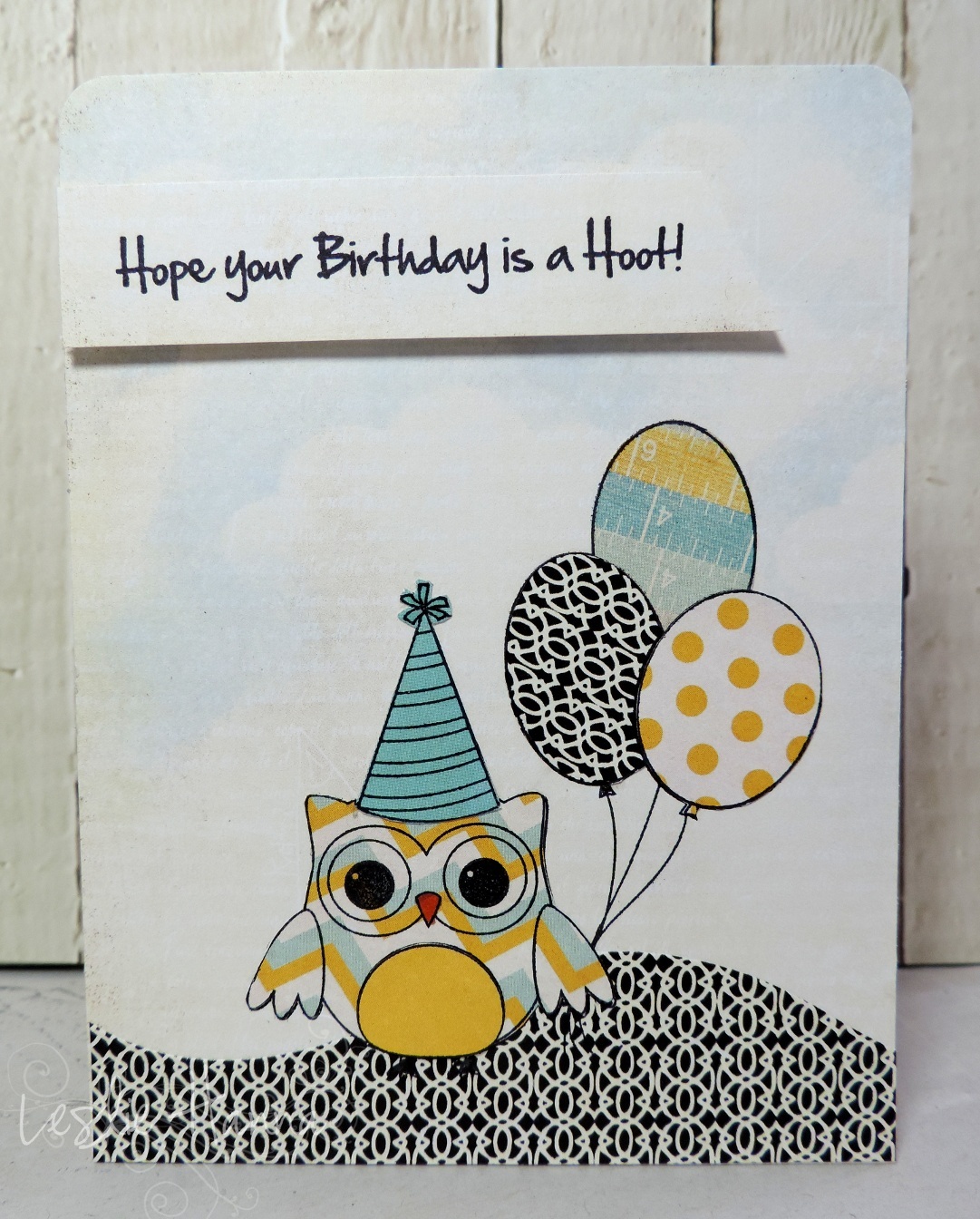 Same papers, same piecing, different stamp set. I went over his eyes and the top of his hat with what I think was a clear glaze pen (they are very shiny), but I forgot to take that picture, so you'll just have to believe me. I did not, however, whiten his eyes, so they are still stripey. Oops. Also, please note: Stamping on detailed black paper with black ink with the expectation of fussy cutting the image will make you go blind. Cutting out that balloon made my eyes cross.

In other news, I'm working on Day 3 homework for the Stenciled Online Card Class, but I'm waiting for things to dry. I hope to get that posted later today.