More than once on this blog I've mentioned I feel I belong to a confused generation. My parents were children of the Depression, so I was raised believing everything could be re-purposed, and not a lot was thrown away. My kids are of the disposable generation, where it's actually less money to replace something than try to fix it. I'm stuck in the middle. I start out with, "Oh, I could use that on a card." then I realize (1) I almost never do, (2) I have no room to store all the stuff, and (3) I almost never like anything I make with recycled stuff.

So, I got a prezzie wrapped in some cool musical kraft paper, and I just couldn't throw it away, so I saved it. Then the other day I saw this card on Pinterest and I knew what I had to do. I CASEd it and made this:

Both the kraft and red papers were pretty flimsy, so I stuck them to a piece of white card stock, then layered that onto some black. I found my collection of lace and used a piece from Ellen Hutson (it's linked below) on the diagonal. After I stuck on the die-cut words, I thought it still needed something on the left, so I stamped an old Hero Arts stamp with some of my now-open Simon Says Stamp Schoolhouse Red ink, then cut it out and stuck it on with dimensional adhesive.

I had two usable pieces of the red paper, so I made a second card, but my trimming got out of control and it ended up more like a 4x4 square: 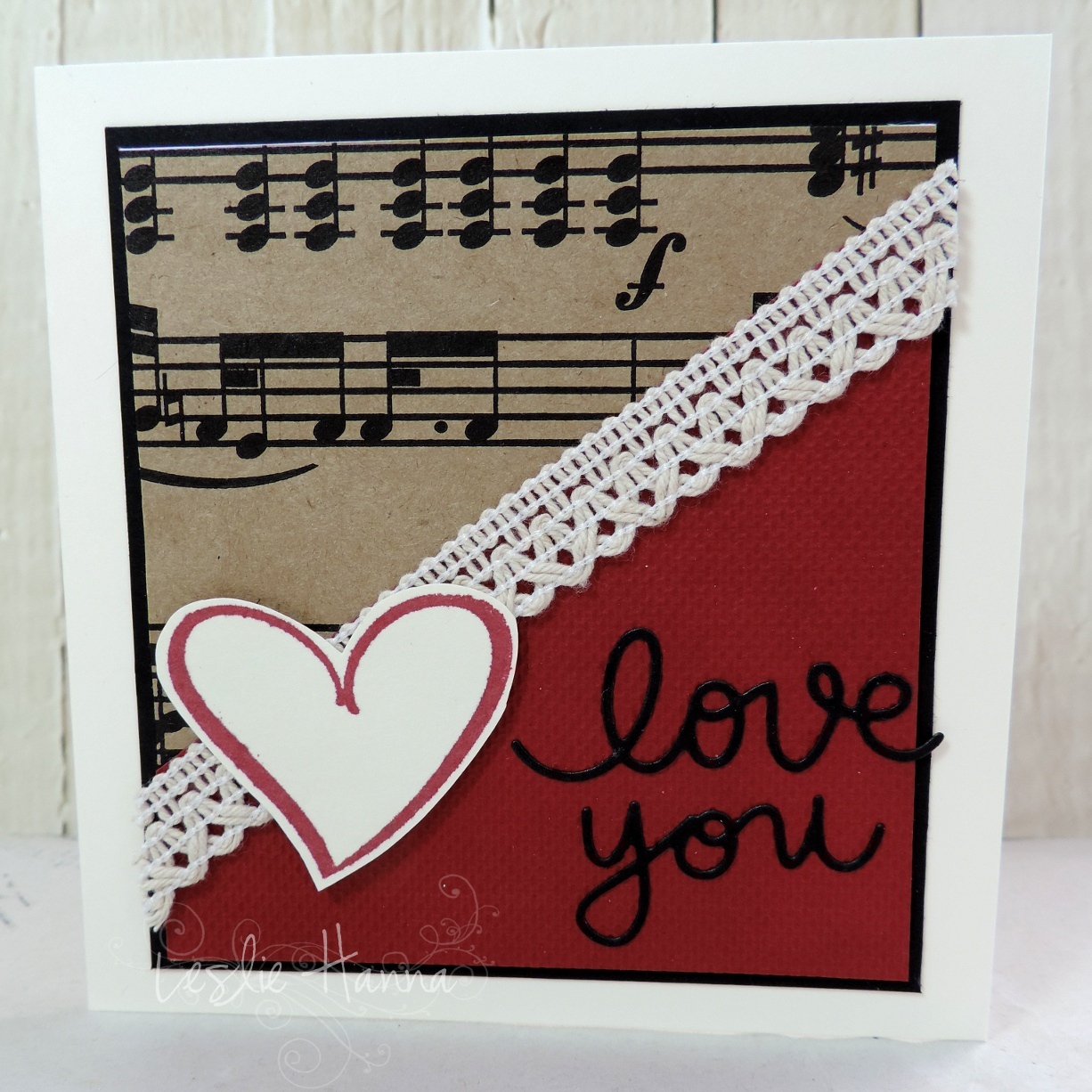 Yeah.  If you click on one of the photos to embiggen it, you might be able to see the texture of the red paper. It's actually gold on the other side. Pretty neat paper.

As I said, I'm not too crazy about these, but I've done it, scratched it off my To Do list, and now I'll move on to something else.

Speaking of recycling, remember that purple mesh I used on this card? Every time I buy Brussels sprouts I get another piece of purple mesh. The last one is now a cat toy, and there's another one in the fridge. It will become trash, unless, of course, any of you want(s) it. I can stick it in an envelope and send it to you. Just email me.