I had a crafty afternoon with a friend yesterday, and all I packed to take with me were my essential tools and some new items that I was determined to open and use. One of those items was a Stampotique stamp (linked below), and I made this: 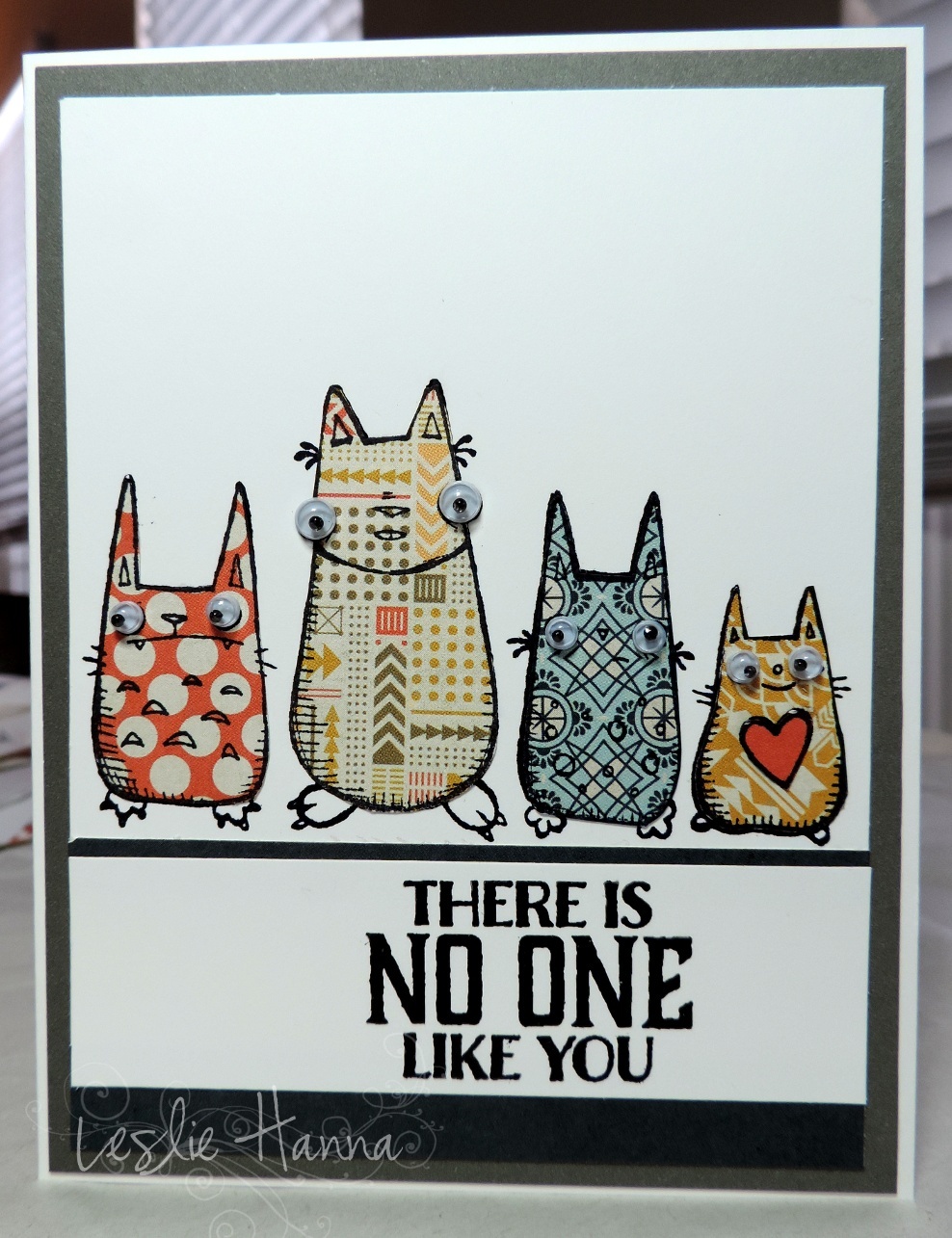 I think they are stinkin' cute.

I stamped them onto four different papers from the Basic Grey Persimmon 6x6 paper pack and fussy-cut them all. I used my Stamp-A-Ma-Jig (no, really, I did) to line them up on the card. More on that in a minute. I stuck one of each color of cat onto the stamped image, added a piece of grey under them so they weren't floaty, then added a strip of white on which I'd stamped a sentiment from one of the new Hero Arts OWH sets. I also see here I forgot to color their feet. Please pretend they were colored with a light Copic C-something. Thanks.

Okay, about that SAMJ: I really did think I got the images stamped straight, but when I tried to stick the grey paper underneath them, I realized I hadn't. My pal suggested I trim the white layer down so it was straight, which I dutifully did on the first one (my prototype - I always make one start-to-finish before I make the rest.) That worked, so I made the other three cards.

HAHAHAHAHAHA! I was so dumb, I stuck on the googlie eyes before I trimmed them, so ... yeah, that didn't go well. The eyes were in the way of the trimmer. Two of the three survived, but that last one was a bear. It was like cutting your bangs: a little off here ... oops, a little off here ... oops ... and pretty soon I was butted up right against the googlie eyes on both edges, and the edges were still wonky.

I needed a plan, so I opted to hack off part of the top of the white layer using the Simon Says Stamp A2 Card Curved Edge die. Unfortunately I forgot I already had the eyes on there, so while it did cut okay, it also embedded the eyes into my pal's Big Shot cutting plate. It's a mess, and I'm so ashamed and sorry. :(

By this time, you can imagine the card layer was a mere shadow of its former self. But I'd spent so much time on it, I was determined to save it. My pal used the word "determined", or maybe it was "persistent". I was thinking "stubborn". Here is what I ended up with: 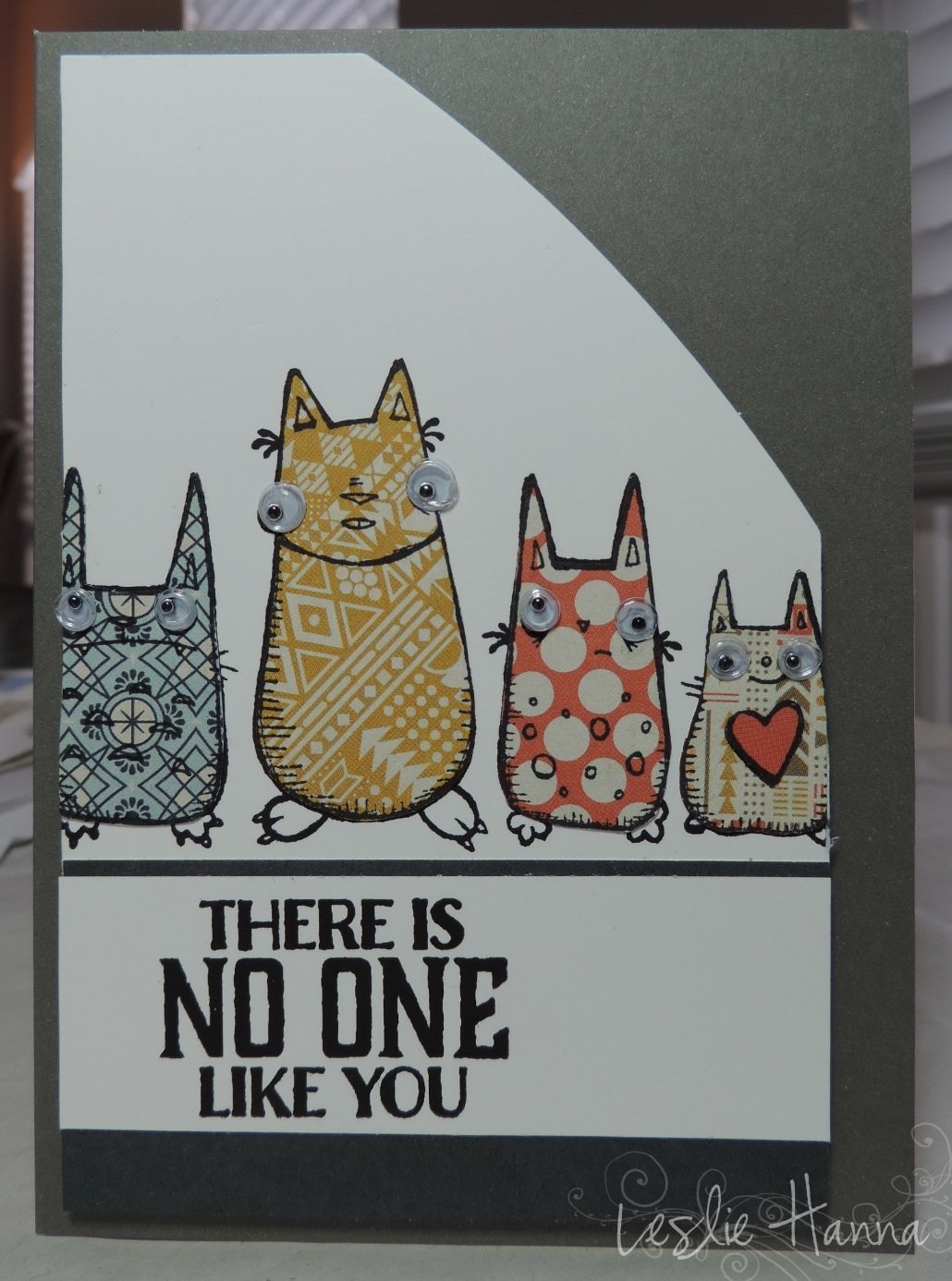 Now, if I hadn't just divulged the true, painful story, would you look at this and think "she meant to do that" ??? Sigh.

Lesson learned: put those googlie eyes on LAST. Don't be like me.

I'm entering this card in the Simon Says Stamp Wednesday Challenge to use something new. My something new was my Hero Arts OWH stamp set and my Stampotique stamp.

Edited to add: This also technically qualifies for the current A Blog Named Hero "1 and 4" challenge, to use one of something and four of something. I used one sentiment and four patterned papers. You should play that challenge! :)