I cut up more stamps. I have the Paper Smooches Slang Gang stamp set, and one of the sentiments is "the best day evah". I wanted to be able to put each word on a separate line and put a period after each word - thought it would be cute, or something.  I did hesitate, but finally I did it, and had four tiny stamps. Here is the resulting card: 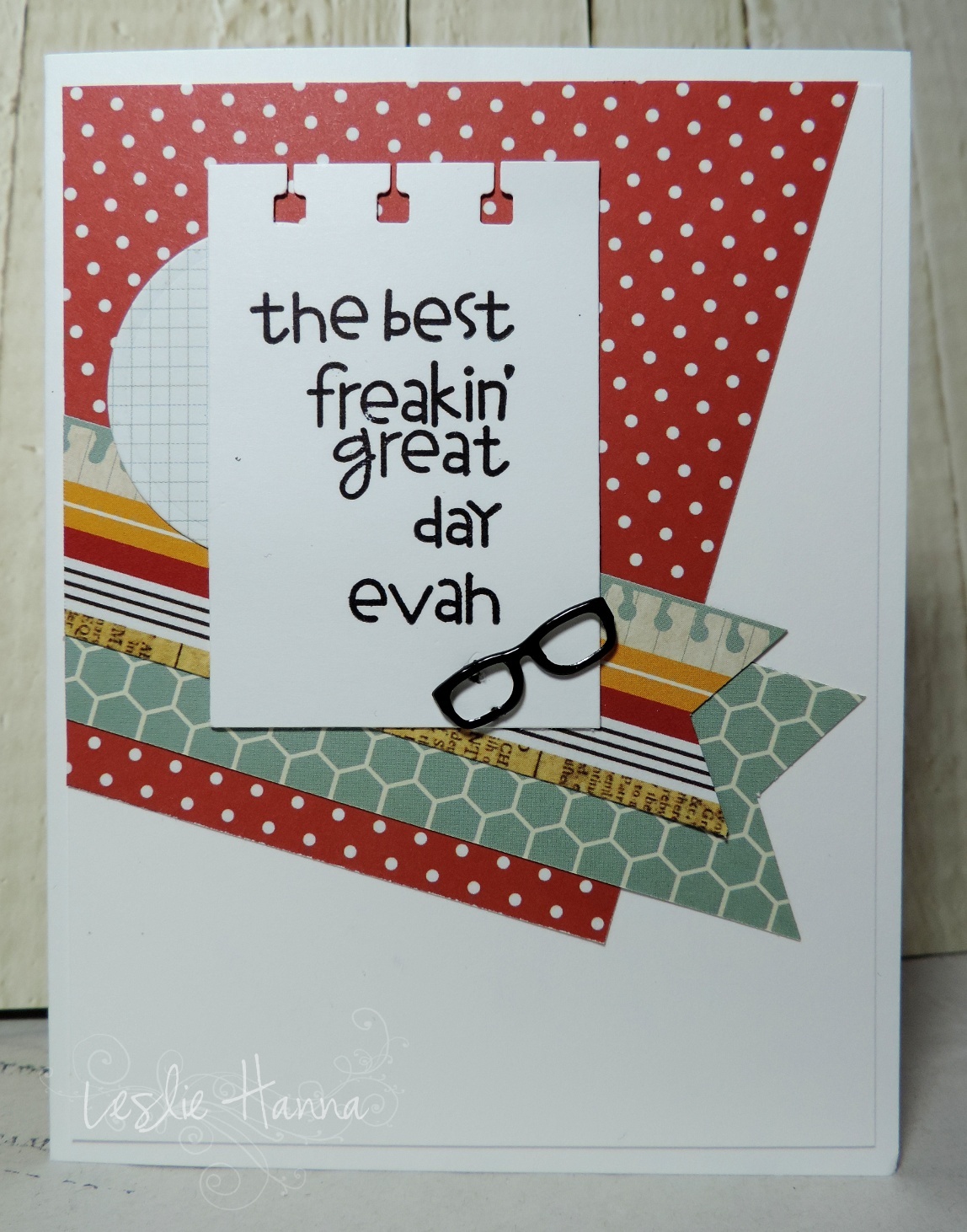 I was following the current sketch from Deconstructing Jen: 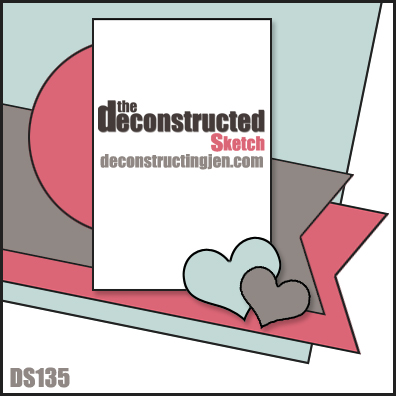 It's a little more involved than the sketches I've played lately, but I've been wanting to try the wonky paper angle, so I went for it.  After I selected the papers I focused on the white panel and that's when I thought about using that cut-up Slang Gang sentiment ... thought it would be fun to stack the words vertically on that panel.

But the panel was too long and needed more text, so since the words were already on separate lines, I used another sentiment from the same set to fill it in. I decided against the period after each word, thinking the separate lines was enough.

The only thing I DO NOT like about this card are the crooked holes I punched for the glasses brad. I put them too close together and you can see the little legs. But aren't they cute? First time I've used them. They were out on my desk, not yet put away from wherever I'd unpacked them, and I thought they'd be perfect for this card.

Well, it's another snowy day here, so I guess I'll spend some time in the craft room. Life's rough, right? :)